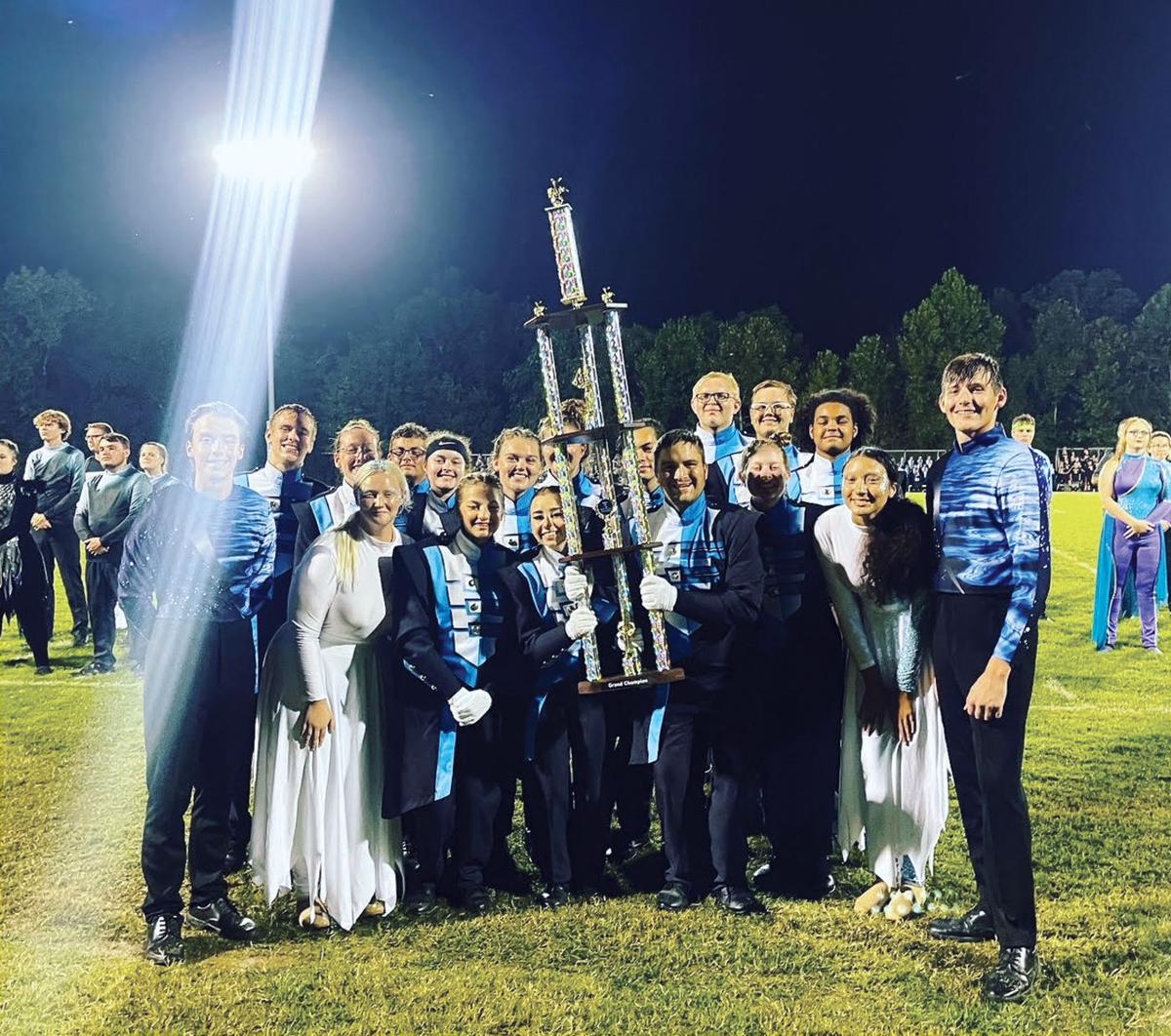 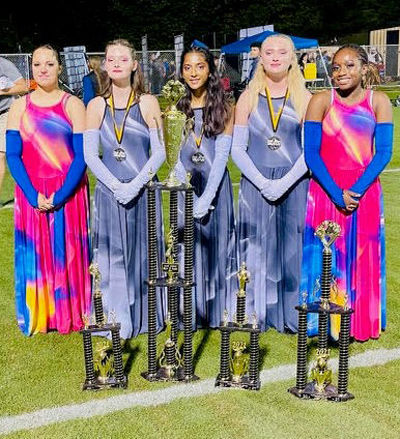 After almost two years, marching bands in Hardin County and around the area are back in full force after changes and cancellations due to the COVID-19 pandemic.

Now, throughout the region are back performing in full, marching shows in competition.

The competition in Adair was the first competition the group performed in almost two years.

Cantrell said the band has 76 members, and that there was no decline in membership, even though he has heard other bands see a decline.

Cantrell said one of the challenges for this year is that due to the lack of competitions, students don’t have as much experience. However, he said every band is experiencing the same challenges.

“I think you can kind of tell that we’ve been out for a couple of years,” Cantrell said.

Another issue the band has faced is quarantines for the group. When there is a case of COVID-19 and someone needs to quarantine, it can potentially quarantine whole sections of the band.

The EHS band’s show is called “Paradise Found,” which explores the theme of searching for that literal or figurative “paradise.” For the show, he said they have incorporated bright colors resembling the bird of paradise flower.

“Tried to go with a kind of a positive thing, especially considering the year we had,” he said.

The group earned second in Class 3A, and then they finished sixth overall in the finals. He said improvements need to be made among the eighth-grade students competing for the first time, and ensuring that the visuals of the show are more precise.

Central Hardin High School director Trevor Ervin said the goal for this season is to be the absolute best versions of ourselves on and off the field every single day,” and focus more on progress rather than perfection.

This year’s CHHS show is called “Change Me Now,” which was first designed in January 2020. Ervin said the the show is about the changing of seasons. This includes on-field glacier props that move and break away due to the summer. The music is from Antonio Vivaldi’s “Four Seasons,” Frank Sinatra and the Pines of Rome.

“These students are full of grit and passion and no matter what is thrown at them, they choose to persevere. When the world around them is falling, they are still standing strong,” he said in the email.

Ervin said there around 90 band members this season. At Adair, he said it was the first competition of the season and the first time half of the band program performed in uniform.

The band was recognized as an outstanding performing ensemble in all areas of the competition including music, visual, effect, percussion and color guard, and ultimately earned grand champion. He said the bands needs to continue to add more musical and visual elements to the show and refine it.

Ultimately, Cantrell said the point and goal of this year’s season is to have fun and enjoy the opportunity.