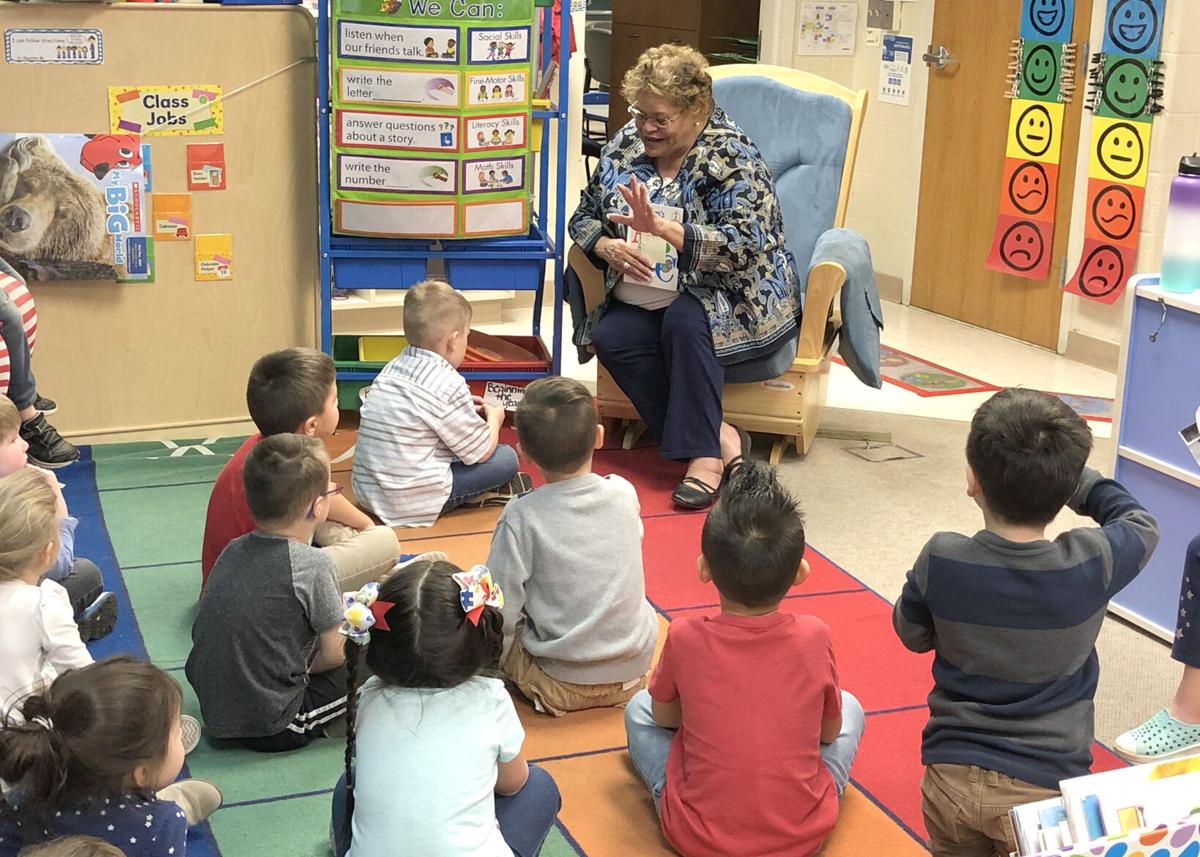 Youlanda Washington, former Kentucky superintendent for the department of Defense Education Activity Americas Region, reads to students during a class. Washington has served in the DoDEA for nearly 43 years. 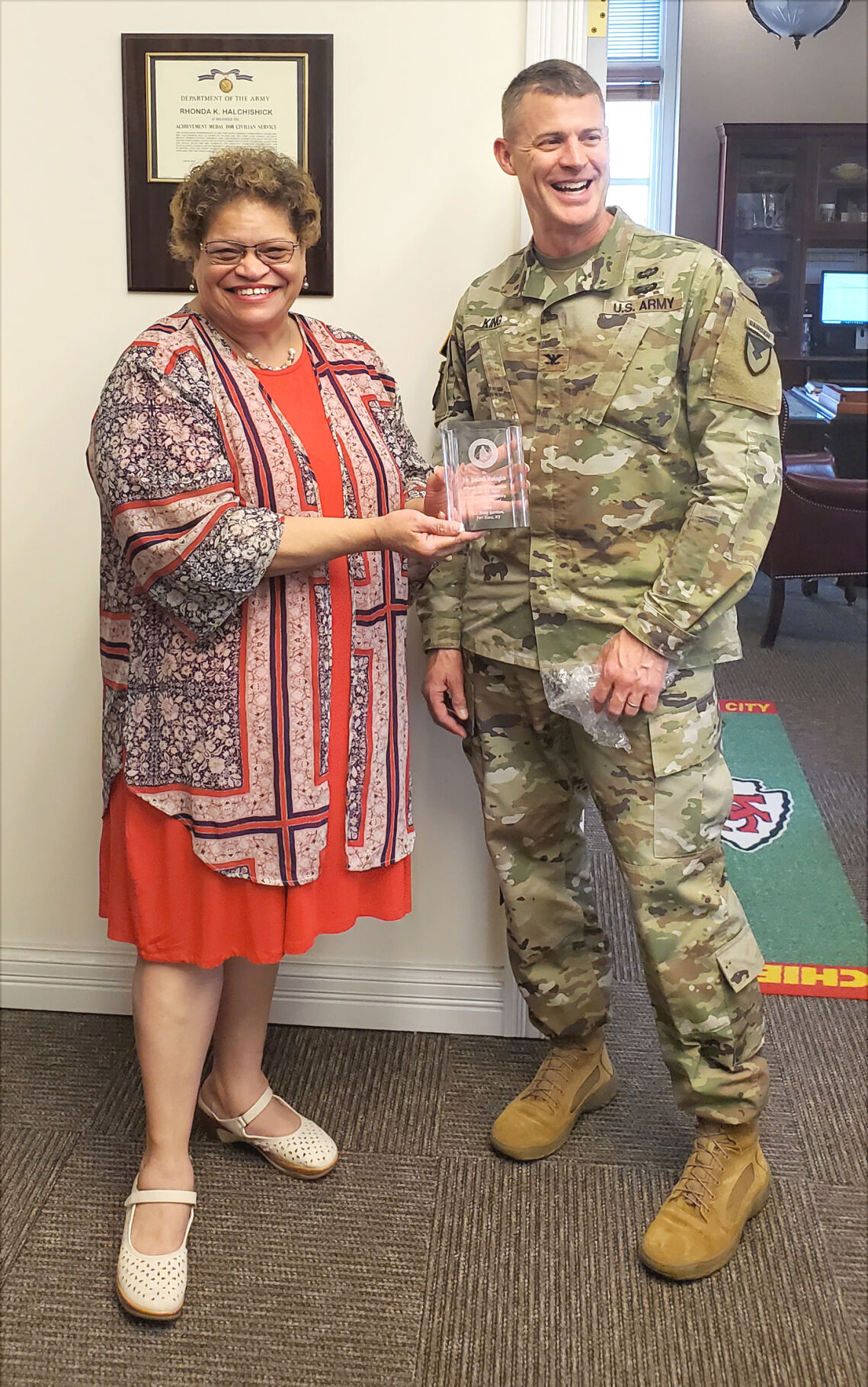 Former Kentucky Community Superintendent Youlanda Washington is presented an award from Fort Knox Garrison Commander Col. CJ King. Washington graduated from then Fort Knox High School and has since worked in the education system for 43 years. 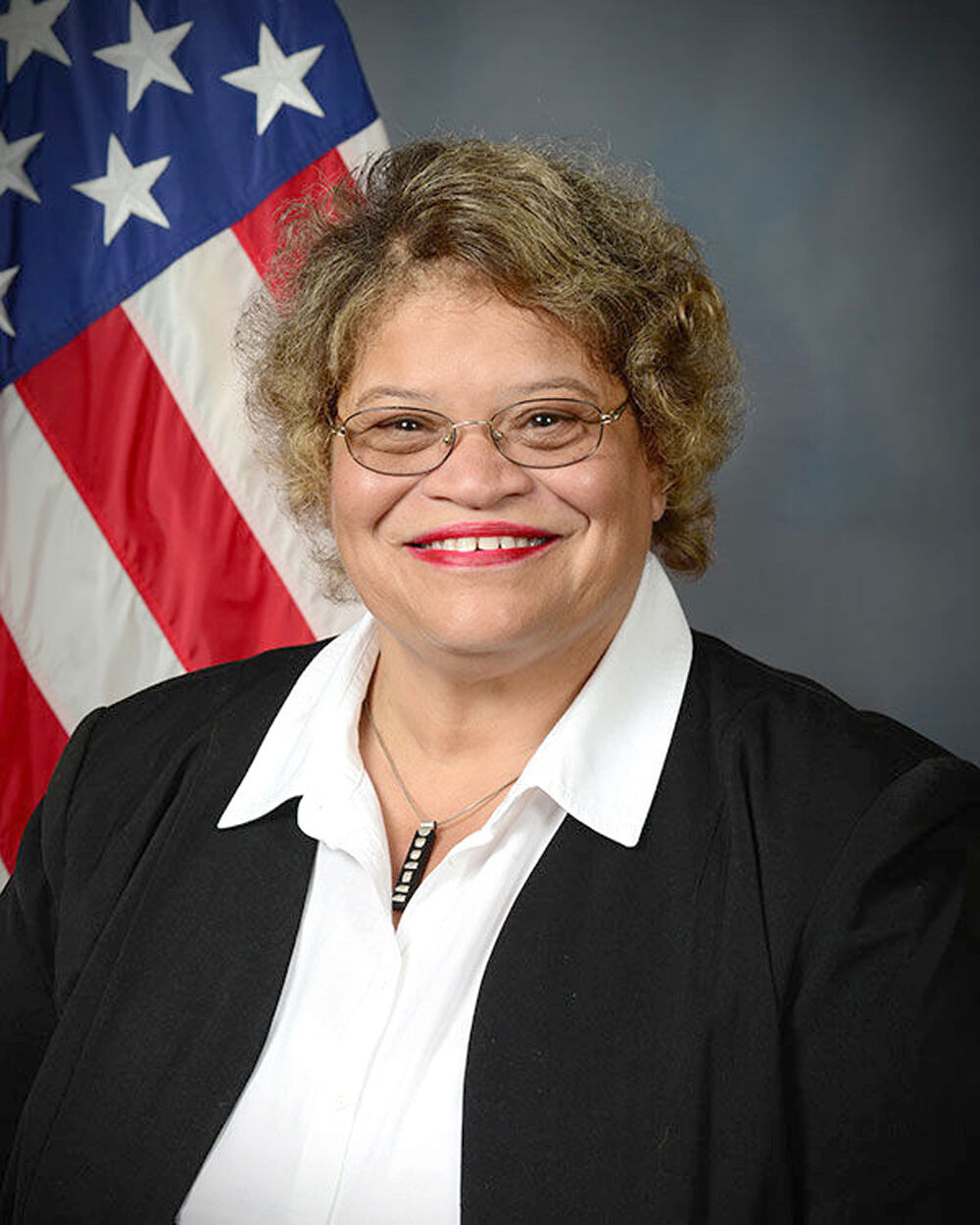 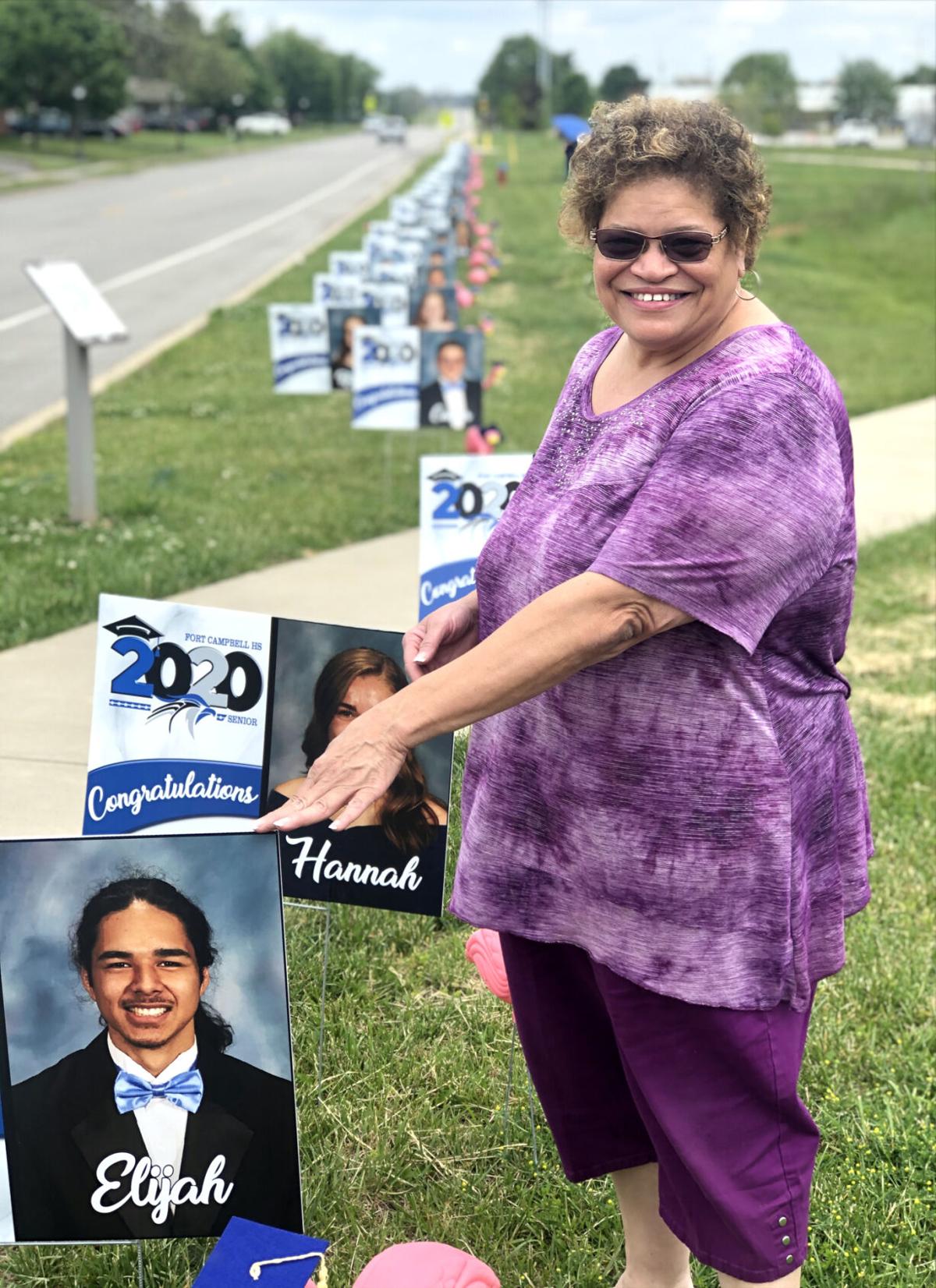 Youlanda Washington, former Kentucky superintendent for the department of Defense Education Activity Americas Region, reads to students during a class. Washington has served in the DoDEA for nearly 43 years.

Former Kentucky Community Superintendent Youlanda Washington is presented an award from Fort Knox Garrison Commander Col. CJ King. Washington graduated from then Fort Knox High School and has since worked in the education system for 43 years.

After 43 years, the Department of Defense Education Activity Americas Region is saying goodbye to its Kentucky Community Superintendent.

Youlanda Washington has been educating mil­itary-­connected students for more than four decades.

Since 2017 as community superintendent, she has served the Fort Campbell and Fort Knox community districts by overseeing 10 schools consisting of about 5,100 students.

“We celebrate the four decades plus of Washington’s exemplary dedication to military-connected students,” said Judith Minor, the DoDEA director of student excellence. “As a military child herself, her legacy of giving back to her community is one we honor today. Her mantra of ‘Doing all things in love’ is one we should all strive to live by. Dr. Washington, you will be missed, but certainly not forgotten.”

Joshua Adams has been selected as the new Ken­­tucky community super­in­ten­dent and will start in the summer.

According to a news release, Washington is originally from Dothan, Alabama, where she grew up in a military family where her father served in the U.S. Army and her mother was an educator.

“From an early age, my dad instilled in me along with my siblings that education was the key, and also the military was the key,” Washington said. “And when you put those two together it formed a perfect marriage for a person’s life.”

From that point on, Washington said she incorporated that vision into her own life, which led to her 43 years within education at DoDEA.

She and her family moved to Fort Knox her sophomore year of high school where she attended and graduated from then Fort Knox High School.

When she was graduating from college, Washington let her dad know she embraced his vision, she made it her own and would live out the vision to serve the soldier by educating the military-connected student, according to the release.

Washington earned a Bach­elor of Science degree, a Masters of Arts and a Rank I from Western Kentucky University.

She earned her Doctorate of Philosophy from the University of Louisville in 2002 and was awarded the Morphet Dissertation Award for the Outstanding Dissertation of the Year entitled, “Women in School Leadership: A Study of Female Superintendents in Kentucky,” in 2004.

Prior to the assignment as community superintendent, Washington was principal of Scott Middle School and Pierce Elementary School at Fort Knox.

In 2003, she was selected as one of the minority candidates to serve in Kentucky’s first Minority Superintendent Internship program and served as an assistant superintendent in Oldham County Schools in Kentucky.

Washington also taught sixth grade for 16 years at Macdonald Middle School at Fort Knox where she was the speech and debate coach from 1976 to 1992.

She has authored several articles related to quality man­age­ment and quality leader­­ship. Her research focused on the role of a superintendent and the role of women in leadership.

Washington also has produced educational videotapes focused on cooperative learning. Her publications have been presented at the American Educational Research Association conferences and have been published in the Journal of Women in Educational Leadership.

She is married to Joe I. Washington, Jr., whom she said also has greatly influenced her. They have two sons, Joe and Kevin, and three grandchildren.

She said his philosophy is similar to her father’s, in that one should always push themselves and never give up, and to also support one another.

Washington retired at the end of May. She said she’s looking forward to relaxing and doing some deep sea fishing with her husband. Having already written two books, she said she is currently working on another two.

Washington said she appreciates every teacher, staff member, principal, superintendent and the community as a whole that has touched her life and allowed her to sail.

For Washington, she said her most memorable accomplishments is knowing in some way she has impacted students she has come across over the years and did her best to help her students excel and reach the high levels possible.

She said she has received messages from former students about the impact she had on them. Even though she doesn’t always remember the students, she said she is touched that she has been able to make a positive influence on them.

“I always talked to them about doing everything in love,” Washington said.