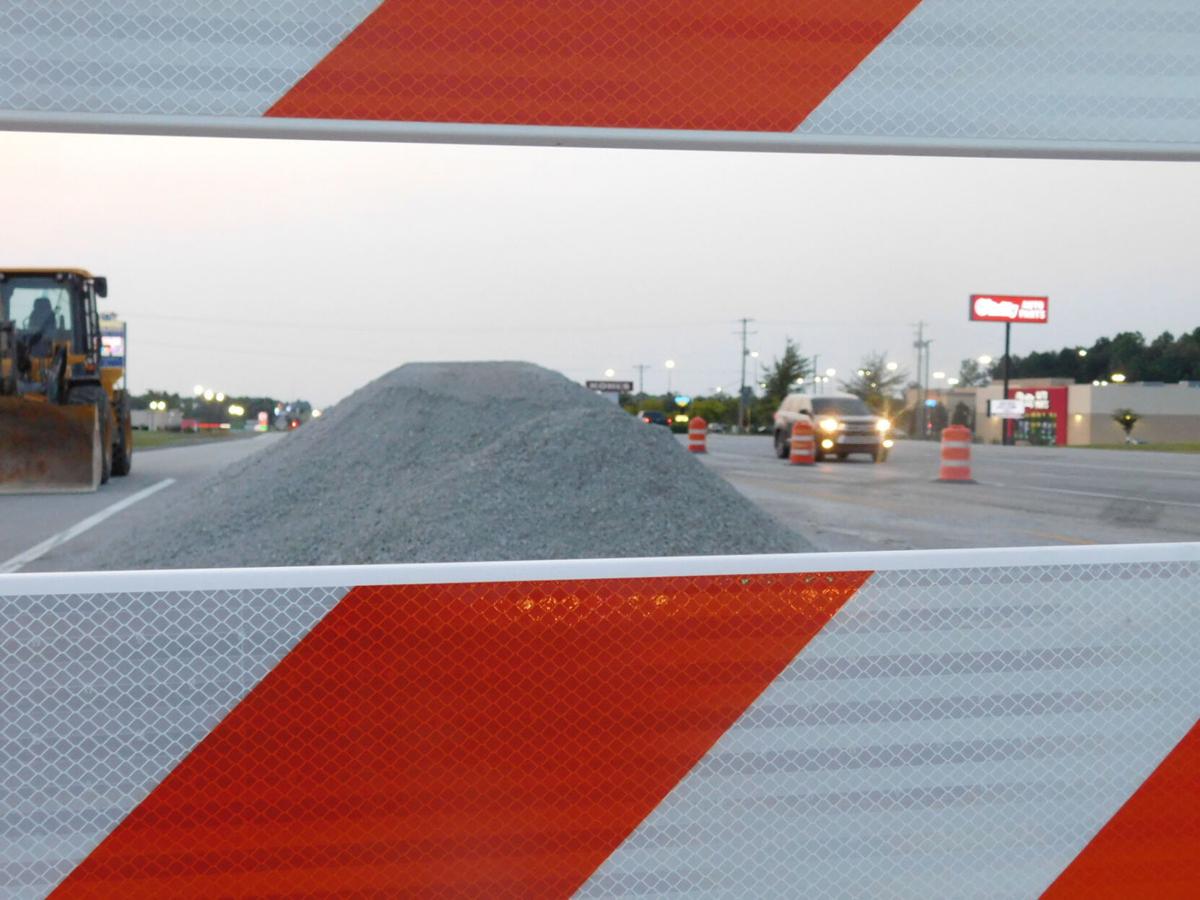 Phase 1 work in the U.S 31W overhaul between Ring Road and South Wilson Road now is expected to be completed in late August, about two months behind schedule. 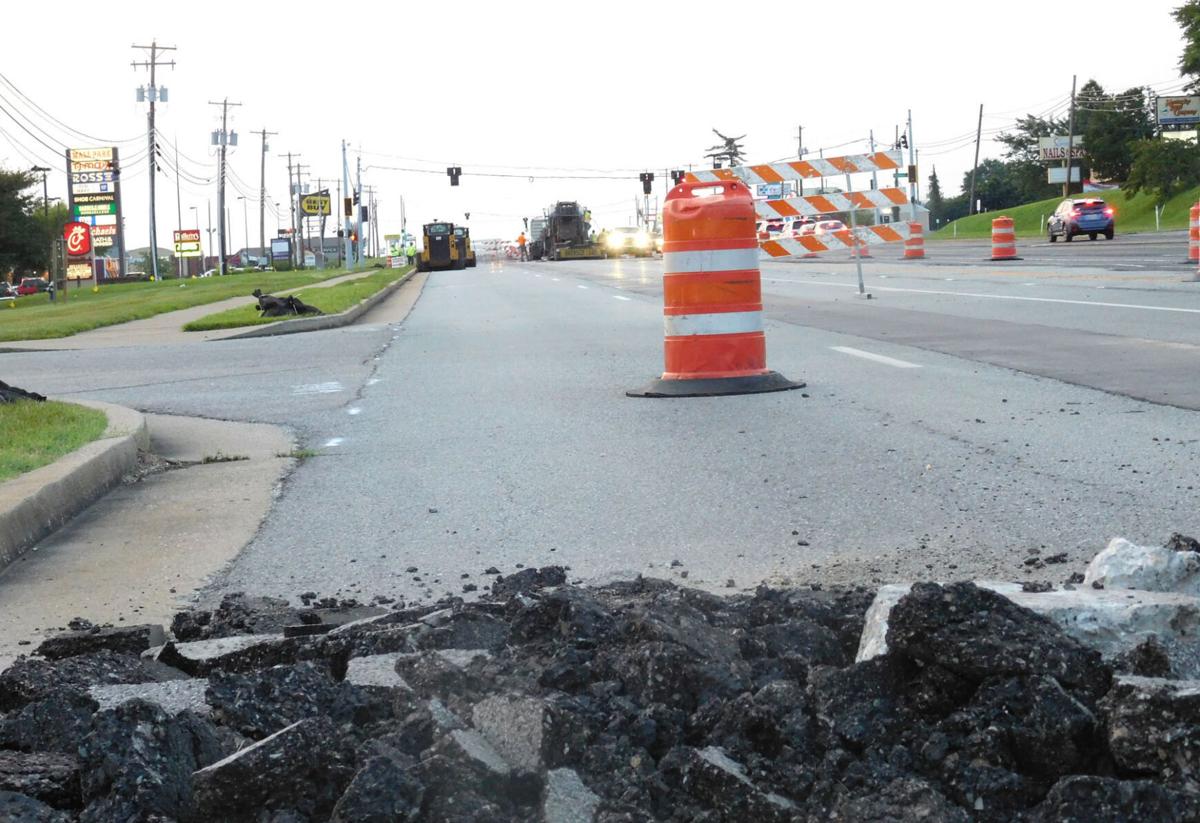 Part of the U.S. 31W overhaul includes the southbound lanes to be resurfaced. The first phase of the project from Ring Road to South Wilson Road is about two months behind schedule.

Phase 1 work in the U.S 31W overhaul between Ring Road and South Wilson Road now is expected to be completed in late August, about two months behind schedule.

Part of the U.S. 31W overhaul includes the southbound lanes to be resurfaced. The first phase of the project from Ring Road to South Wilson Road is about two months behind schedule.

The longest phase of a U.S. 31W overhaul is about six weeks behind schedule and that likely will push the completion of the project back several months, according to a Kentucky Transportation Cabinet engineer.

The 3.1-mile project that extends from St. John Road to South Wilson Road was scheduled to be completed by Aug. 22, 2022.

However, the Ring Road to South Wilson Road stretch that covers 1.3 miles and has been underway since late February, is about two-thirds complete now when it was expected to be finished last Thursday. The timetable for it now being finished is Aug. 25, said engineer and Project Team Leader Kevin Blain.

“They’re definitely behind on the first phase,” he said.

Blain said there had been a number of “unforeseen issues” such as utility work, additional unanticipated median work, contractor workforce shortages and weather.

Some of the challenges have been COVID-related, he said.

The second phase of the project, which stretches from Ring Road to the U.S. 31W Bypass, won’t be given the go-ahead to start in September for two reasons: The high-grade pavement that is being used can’t be purchased after Oct. 15, or so, and they don’t want it to be partially laid during the damp and cool winter months, and officials have made a commitment to business owners to have the least amount of traffic disruption as possible during the holiday shopping season, especially near the Towne Mall area, Blain said.

“The real question that’s up in the air at this point is are they going to have enough time in this calendar year to do anything in that next phase and it doesn’t seem realistic to get started and finished, so they would have to push that second phase back to the spring,” he said. “So everything is kind of up in the air at the moment.

“The unknown is they can’t start the other phase until this one is completed,” Blain added. “It’s in the contract that we won’t let anything sit over the winter. ... The asphalt is a big thing, because they would really be crunched for time if they don’t start that second phase until the first of September. That would give them six to eight weeks and that’s not realistic.”

Blain said performance grade 76-22 asphalt will be used on 31W and it is a more heavy-duty pavement that holds higher traffic volumes and is less prone to cracking, rutting and deterioration. He said the 76-22 grade typically is used for interstate roadways.

Louisville Paving Co., the contractor for the $13.54 million project, has completed the northbound side between Ring Road and South Wilson Road and expects to complete the southbound side by July 27.

The final phase, the Ring Road to Pine Valley section, is to then complete median work, which should be done around Aug. 25, Blain said.

“You can hardly get any pavement after Oct. 15,” Blain said.

He said because of the temperature, that date usually is when asphalt plants quit making asphalt.

“Our goal from Day 1 was to minimize the impact on the roads and businesses. Obviously the impact has been terrible,” he said. “For the year-and-a-half leading up to this, we made sure that they (businesses) knew, especially in front of the mall, that we would not have things tore up during the holidays. We’ve been pretty stern with the contractors that we don’t intend to have construction barrels out between November and March.”

The state-maintained U.S. 31W was built as a concrete surface in 1941 as a two-lane road and expanded to four lanes in 1959.

Additional 31W lanes then were constructed with a concrete surface while the two original lanes were overlaid with asphalt, officials previously said.

“Over time, additional upgrades have been made, evolving to the current configuration,” according to a KYTC District 4 news release. “In simple terms, these upgrades were implemented as a trade-off between immediate needs and long-term maintenance.”

Officials said motorists would be impacted by not only lane closures but also inconsistent timing of traffic lights with project construction affecting lanes and turning lane availability.

According to a new release in February, “The design is widely implemented in modern road configurations and is specifically suited to address issues where high traffic volumes are combined with a high density of intersections and entrances along a divided highway. RCUT installations are featured throughout the U.S. 31W project.”

To keep up with project work, go to US31W.org.