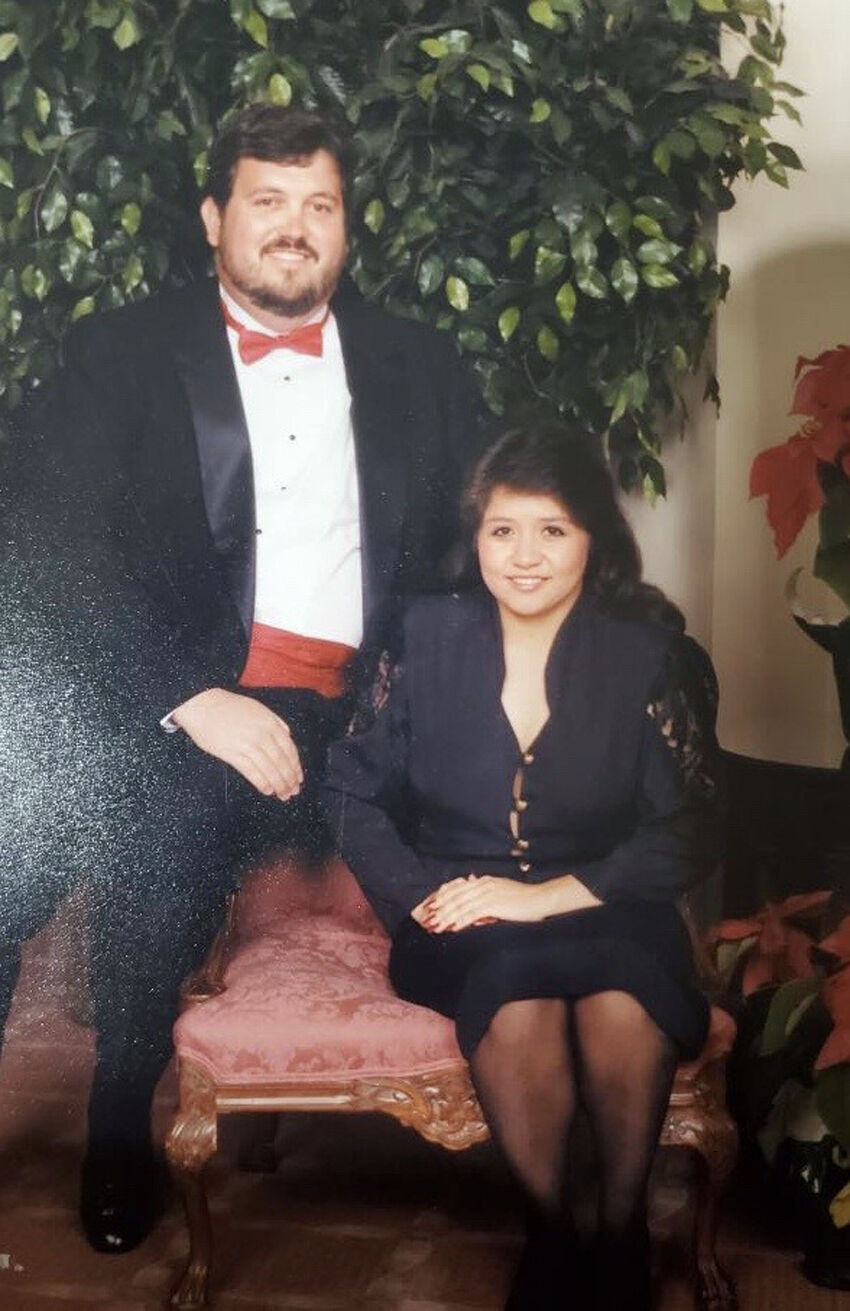 Elena Sanchez Hawkins and her husband, Michael Hawkins. Her brother, Danny, said he believes this photograph was one of the last taken before she was murdered in 1992. The case remains open. 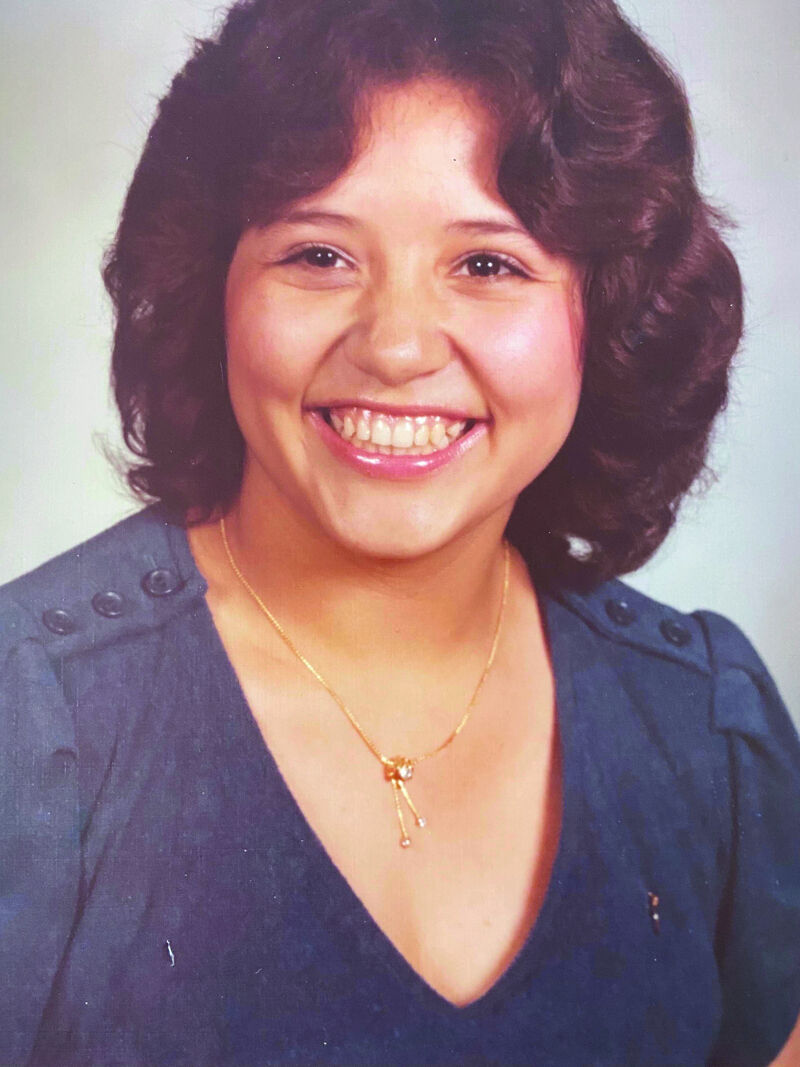 Elena Sanchez Hawkins was 29 when she was killed in Hardin County.

There aren’t many days when Danny Sanchez doesn’t think about his oldest sister.

In his Santa Clara, Cali­fornia, home, there’s a picture that hangs on a wall. In that photo, Elena Sanchez Hawkins is smiling, a gold necklace hangs from her neck and her eyes have a sparkle to them.

“I see her everyday,” Danny says. “There’s always a reminder.”

It was always that way for him, even in the months and years he tried to forget what happened on a winter night more than 28 years ago.

He said it’s something that’s hard to forget and for many years was not something he tried too hard to remember.

That’s when his sister, someone he says who “would always take up for you” was killed in Eliza­beth­town.

On the morning of Jan. 8, 1992, Hawkins, 29, was sexually assaulted, had her hands tied behind her back and her throat slashed in the living room of the home. She died as a result of excessive blood loss.

As the passing of time so often does, Sanchez thinks a little longer about the day she was killed, stabbed to death inside the Bardstown Road residence with a then 3-year-old son at home.

“For a long, long time, I blocked it out,” he said. “It wasn’t something I wanted to remember. She was gone and how she died was hard on all of us.

“ ... My sister is an unsolved case on the internet,” he added. “She is famous for all of the wrong reasons.”

He said he’s been to Elizabethtown once — for his sister’s funeral. A married mother of two, she’s buried in Elizabethtown Memorial Gardens where her light brown headstone has an inscription reading she was a beloved wife and mother.

On that fateful morning, her husband of nearly 10 years, Michael, was at work and called home to make sure the couple’s oldest son was awake and on the bus to Lincoln Trail Elementary School. He called the home once and got no answer. He called again and the couple’s youngest child answered.

Sometime between around 7:30 a.m. and about 9:50 a.m., someone entered their home and committed the crime. KSP has said there were no signs of forced entry.

That there never has been an arrest in the case is frustrating and as the years now have turned into decades, it’s a haunting memory that hangs over the Sanchez family, Danny says.

As each month passed, hope seemed to fade a little more that someone will ever be held accountable for her death.

Now, doing his part in solving the cold case is a mission Sanchez embraces.

“I always knew in the back of my mind it was something I needed to get into and it’s made me stronger,” he said. “I feel like I’m going in the right direction.”

He said he has talked to various people in California and bounced theories off of them. He has made phone calls, performed internet searches and put in hours of effort in trying to help piece together who killed his sister.

“I know this is the right thing to do,” he said. “I think it’s just a matter of time until something positive happens. That’s my goal. Every door I’ve opened on this has led me somewhere.”

He knows a woman said she had seen a black Datsun truck at the Hawkins’ house on the day of Elena’s slaying, information investigators have confirmed, and he wonders who and how many people in the area back then may have owned a truck that would match that description.

His sister worked at a West Dixie Avenue gas station as an attendant and she had told family there was a man she was having some sort of trouble with and the man would “give her dirty looks and made her feel uncomfortable,” Sanchez said.

“I hope somebody there still remembers and could help find that man,” Sanchez said.

KSP spokesman Scotty Sharp said the case is “being handled by our cold case detective. As with all cold cases it is continuously reviewed. We have had some information come in over the years, nothing recent. But unfortunately nothing that has resolved the case leading to an arrest.”

For now, Sanchez clings to optimism that one day, he hopes soon, someone will be charged for what they did to his sister.

He said Elena often would sing with her father.

“It tore him up,” Sanchez said. “She was his first born. She went with him everywhere.”

He said his sister and Michael Hawkins met in Texas and moved to Hardin County to be around his family.

Sanchez said he has information that state police likely would be interested in hearing. He said he has not had much communication with the local post and that some of his calls have not been returned.