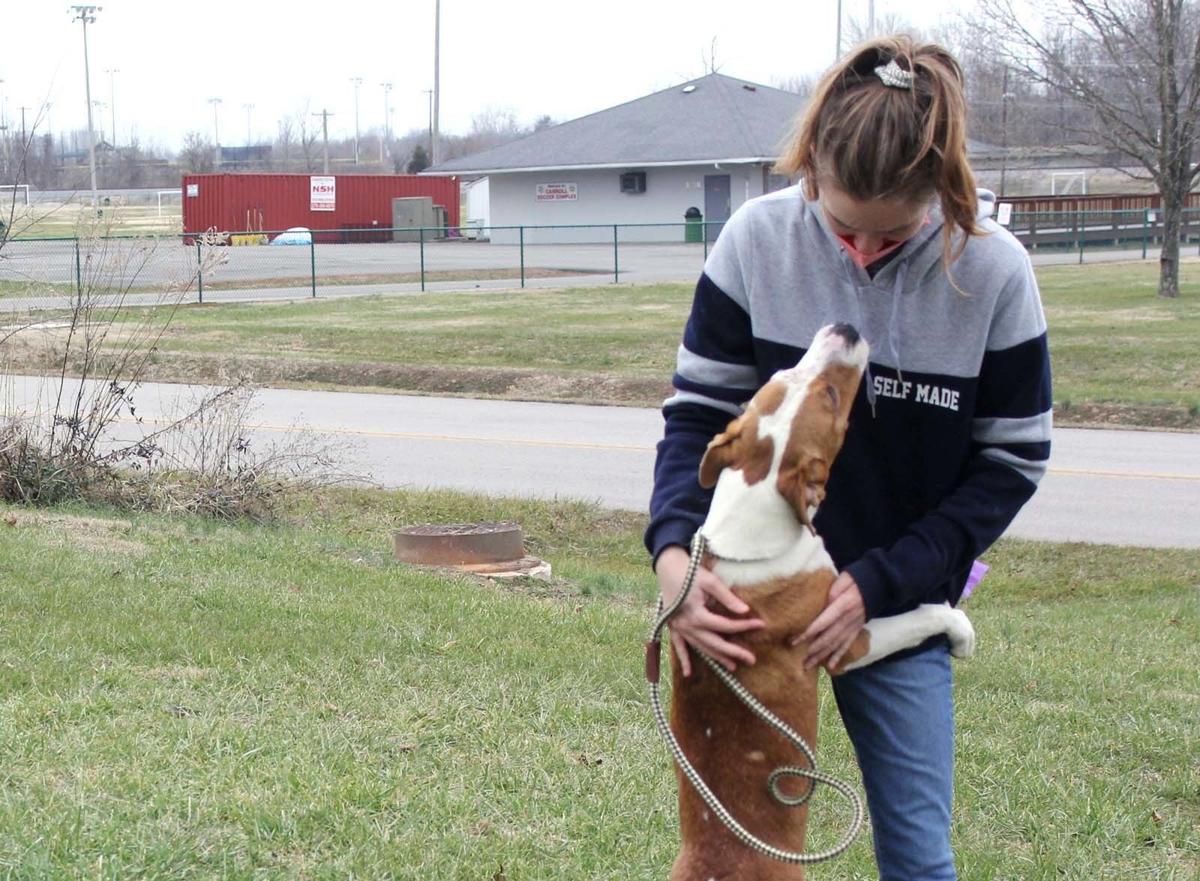 Volunteer Cecilia Trapp pets Garth, one of the dogs up for adoption, during a walk Friday at the Hardin County Animal Shelter in Elizabethtown. 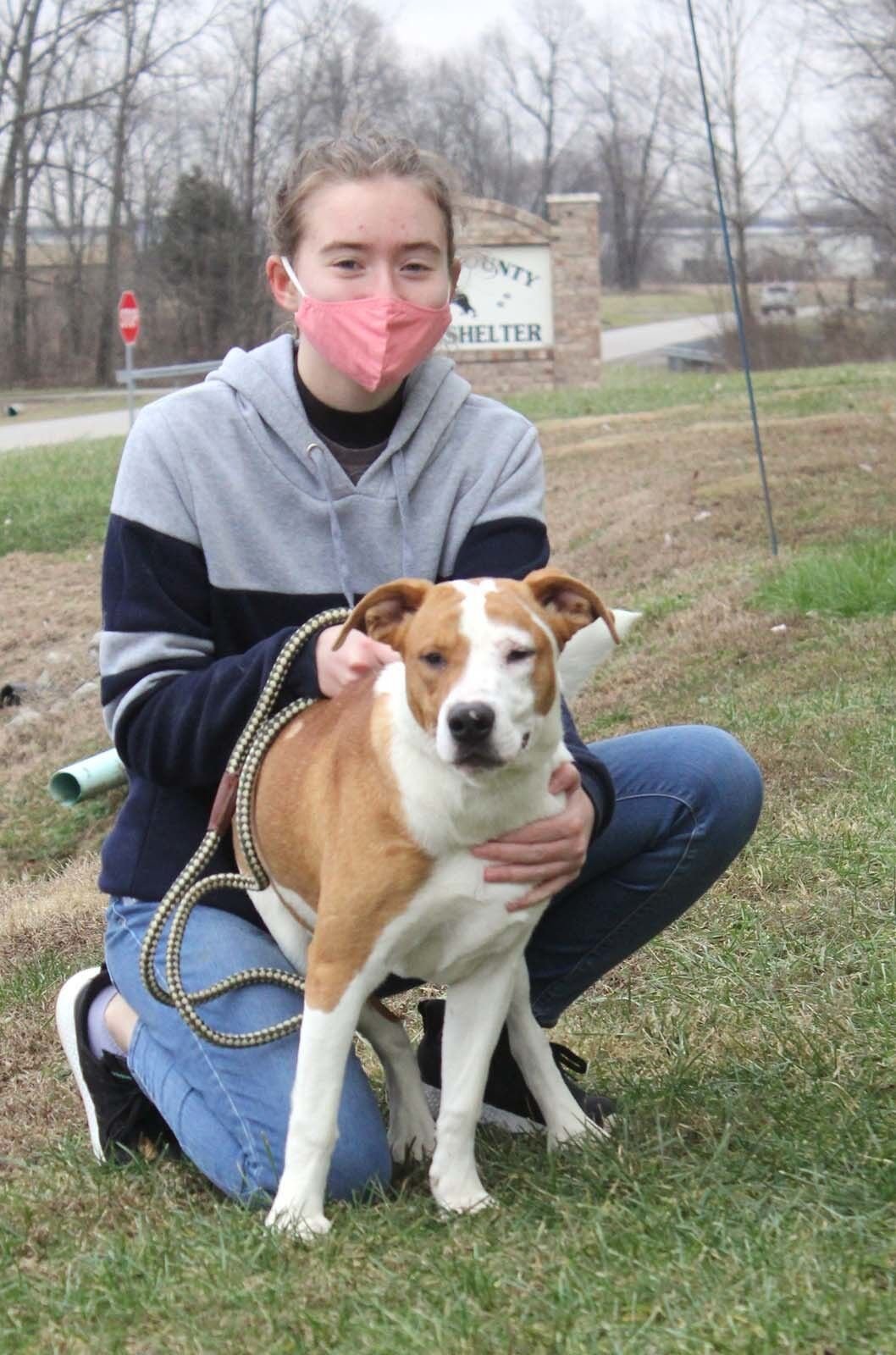 Volunteer Cecilia Trapp poses Friday with Garth, one of the dogs up for adoption, at the Hardin County Animal Shelter in Elizabethtown. 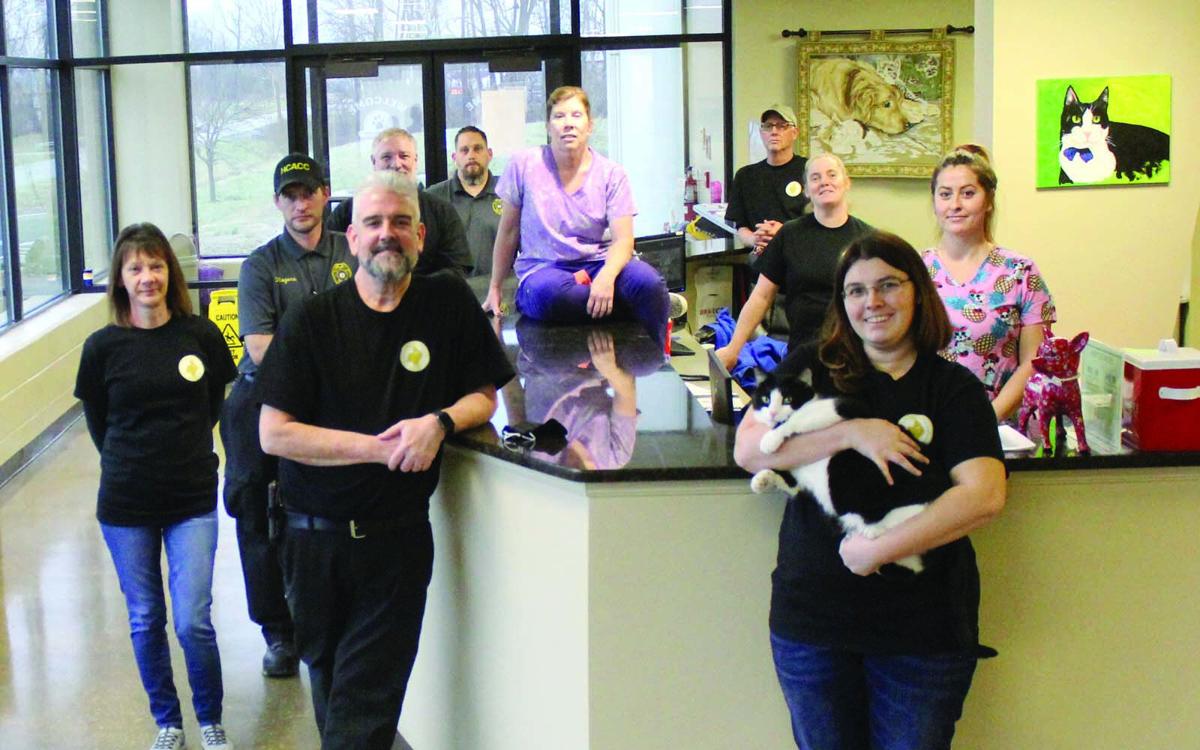 Hardin County Animal Shelter staff members pose Friday for a photo at the shelter in Elizabethtown.

Volunteer Cecilia Trapp pets Garth, one of the dogs up for adoption, during a walk Friday at the Hardin County Animal Shelter in Elizabethtown.

Volunteer Cecilia Trapp poses Friday with Garth, one of the dogs up for adoption, at the Hardin County Animal Shelter in Elizabethtown.

Hardin County Animal Shelter staff members pose Friday for a photo at the shelter in Elizabethtown.

Despite being closed to the public for nearly nine months because of COVID-19, the Hardin County Animal Shelter continued to care for animals within the community.

According to Hardin County Animal Care and Control Director Mike McNutt, the shelter ended 2020 with a 96 percent live release rate – a 1 percent increase from 2019. McNutt said the national average for what is considered a “no kill” shelter is around 82 percent.

“We’re maintaining 96 percent. I’ll take it every day,” he said.

In terms of adoptions and rescues for 2020, the shelter had 1,012 for cats and dogs, combined.

Though COVID has its negatives as far as shelter operations, McNutt said it also has created positives allowing shelter staff to implement “out of the box” ideas and even save money.

For instance, the shelter has started participating in what Mc­Nutt calls an inter-agency transfer program with Floyd County/New Albany Animal Care and Control in Indiana. They have been exchanging long-term residents.

“We are transferring animals to each other to get them adopted,” he said.

If that doesn’t work out, each shelters takes their animals back. They are not putting any negatives to their numbers whatsoever, McNutt said.

“It’s worked out great,” he said. “… You have to think outside the box, especially during the COVID era to save lives.”

McNutt said they are doing their best to keep the staff healthy and safe as well as residents by minimizing contact with people. They are doing this by keeping the shelter closed to the public and instead taking appointments for adoptions and animals coming in.

Residents interested in adopting can go to findingrover.com or petfinder.com to view adoptable animals. Then apply to adopt by filling out an application that can be found under Animal Care and Control on the Hardin County Gov­ern­ment website at hcky.org.

“We will call you and make you an appointment. We’re doing appointments on everything,” McNutt said.

As the vice president for the Kentucky Animal Care and Control Associ­ation, McNutt said he is constantly in contact with other shelters, answering questions and networking. They’re all low animals, as is the Har­din County shelter. On Fri­day, McNutt said they had about 15 animals, four of which they sent to Floyd County/New Albany.

McNutt said their calls are running about the same as they always have. They had 116 calls or complaints in December 2020. In December 2019, they had 131.

Another number McNutt felt important to share is 5,091. That’s the number of spay and neuter surgeries the shelter has performed since Dr. Jessica Perpich joined the staff in 2018 as the shelter’s veterinarian.

“That is 5,091 animals out in Hardin County that are not reproducing. That is a great number to celebrate and we owe great gratitude to Dr. Perpich and the vet staff. They do a great job,” he said.

The shelter also helps different groups, such as Friends of Hardin County Animal Shelter, Leitchfield Animal Shelter and the Pets in Need Society in Meade County, with spay and neuter surgeries.

“All of it helps decrease the number of animals that are close to us. And it provides more money coming into the county for us to do good things,” McNutt said.

According to McNutt, COVID also has enabled them to get their officers National Animal Care and Control Association certification training at a cheaper cost.

“We’ll have four certified officers at end of this. The most this place has ever had at one time is three,” he said.

McNutt touted the staff at the animal shelter as well as the community, Hardin County magistrates, Judge-Executive Harry Berry and Deputy Judge-Executive Daniel London, crediting them all for the continued care the shelter can provide, maintaining its “no kill” status.