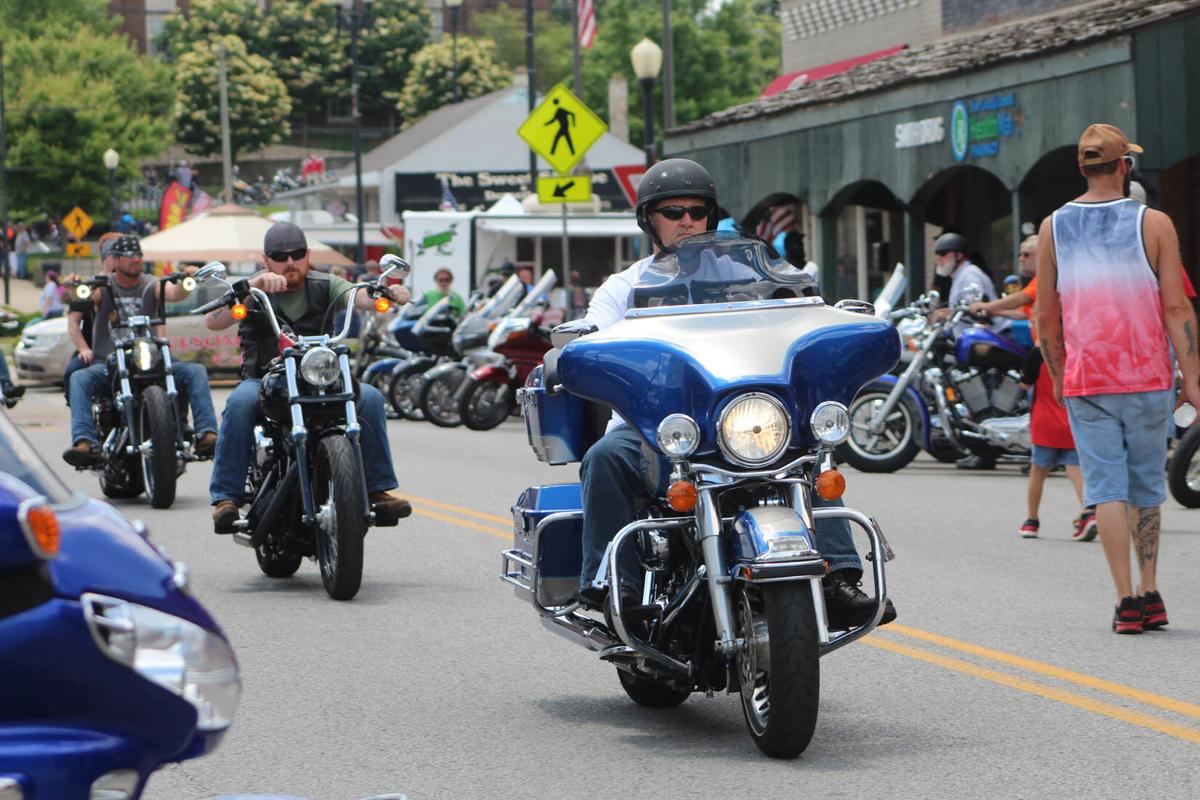 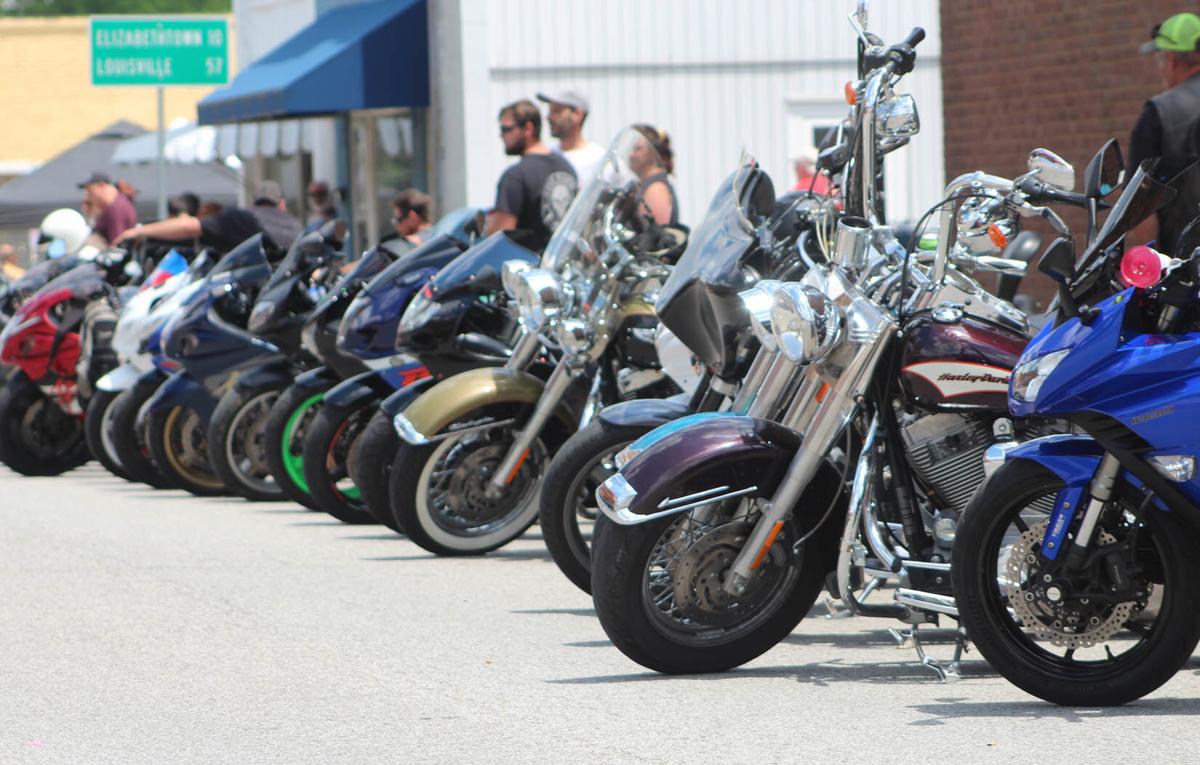 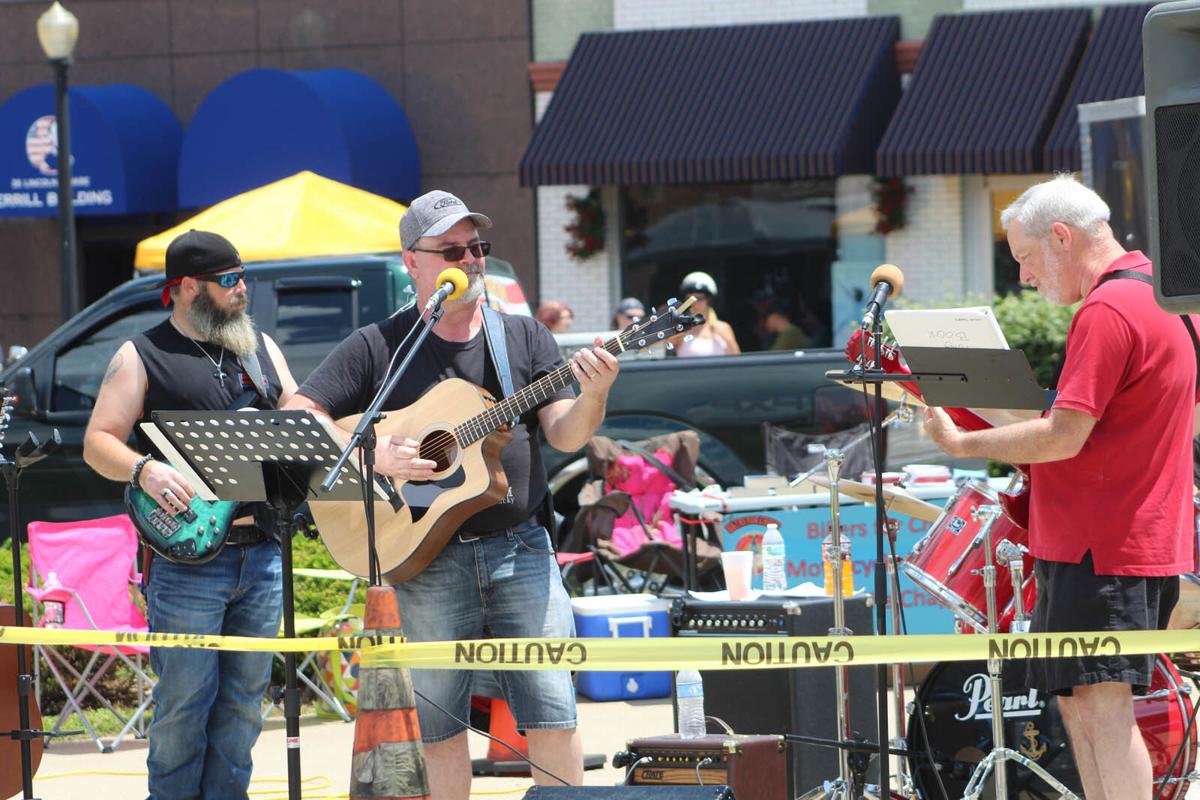 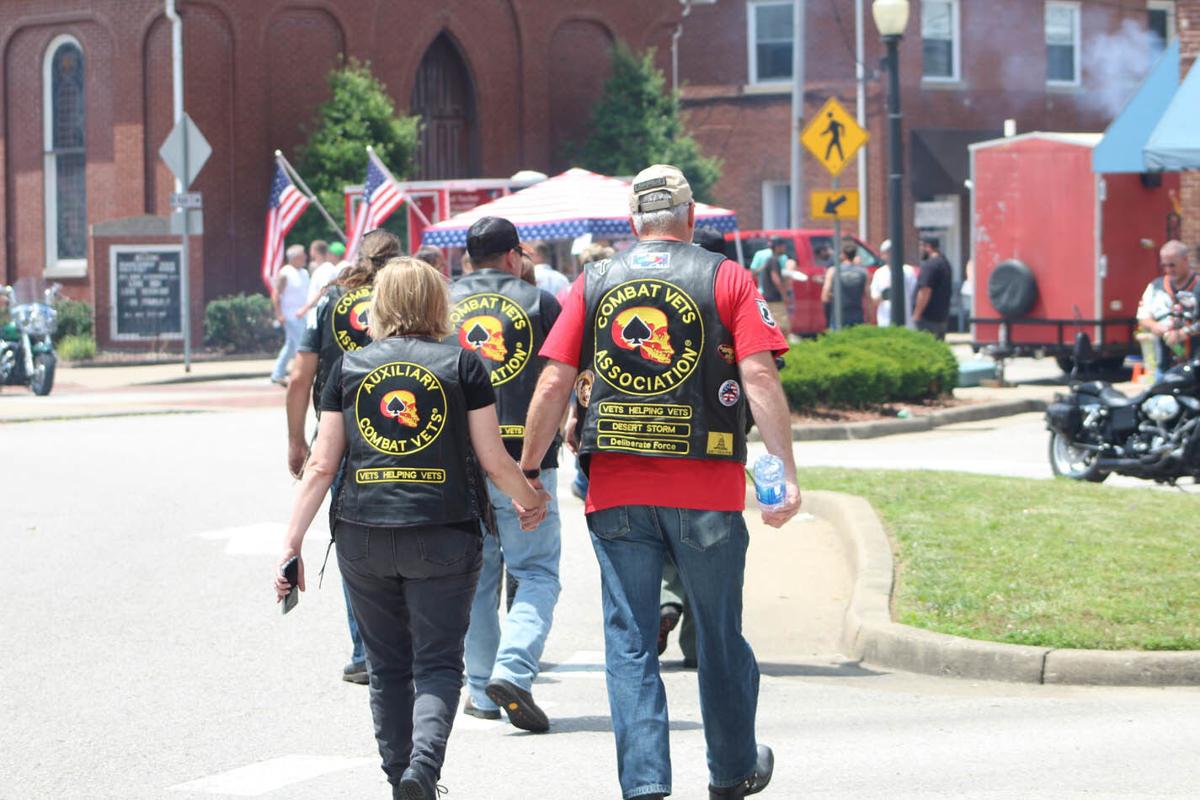 Plenty of “biker waves” were exchanged Saturday between motorcyclists on Lincoln Parkway as chopper enthusiasts approached and departed from downtown Hodgenville. The main attraction was the BBQ and Bikes festival, hosted by The Ameri­can Legion Post 87 in Hodgenville.

Although the festival was similar in concept to the annual BBQ, Blues & Bikes festival in Elizabethtown, it bears no affiliation. The Elizabethtown event has been canceled the past two years because of health safety concerns amid COVID-19.

Wilmer Montalvo of Radcliff was one many motorcyclists who rode Saturday into Hod­gen­ville. Recently moving to the area from New Jersey, Montalvo said he wanted to attend an event that would give him opportunities to meet fellow bikers in the area.

“The ambiance is good,” he said. “People are friendly.”

The event kicked off Saturday morning with a motorcycle ride spanning from Post 87, through back roads in Buffalo and into downtown Hodgenville. Around 200 motorcyclists took part in the ride, according to organizer Chris Griggers.

All proceeds from Saturday’s ride went toward an effort to build a veteran memorial at Post 87, Griggers said. He said the festival also served as a way for Post 87 to engage with members of the Hodgenville community and visitors from across the region.

As motorcyclists finished the morning ride at around noon in downtown Hodgenville, a variety of festivities began. Some features of the festival included a motorcycle burnout show, live music, vendor booths and karaoke. As its name suggests, the festival also included barbecue food trucks for visitors to enjoy.

The festival was part of a hub of weekend activity in downtown Hodgenville, as it followed the LaRue County Chamber of Commerce’s First Friday event the night before, which featured food vendors, prize drawings and live music from local band Limestone Creek.

Although the BBQ and Bikes event originated in 2019, this was the first year in which the festival was hosted in downtown Hodgenville, Griggers said. The festival took place outside of Post 87 in 2019 and a planned 2020 event was canceled because of COVID-19.

Griggers said the attendance at Saturday’s festival and the enthusiasm from attendees exceeded his expectations.

He said throughout the course of the event, he met motorcyclists hailing from Louisville, Bowling Green, Georgetown and areas of Tennessee.

“When we started this, we just planned to do it in our parking lot,” Griggers said. “... It turned out way better than we thought.”

Daphne Turpin of Glendale, a member of the Elizabethtown-based American Legion Riders Post 113, rode in Saturday with her husband, Ray­mond. She said she enjoyed being able to take part in a motorcycle event after over a year of cancellations because of the pandemic.

“I’m just glad to see everybody get out,” she said.