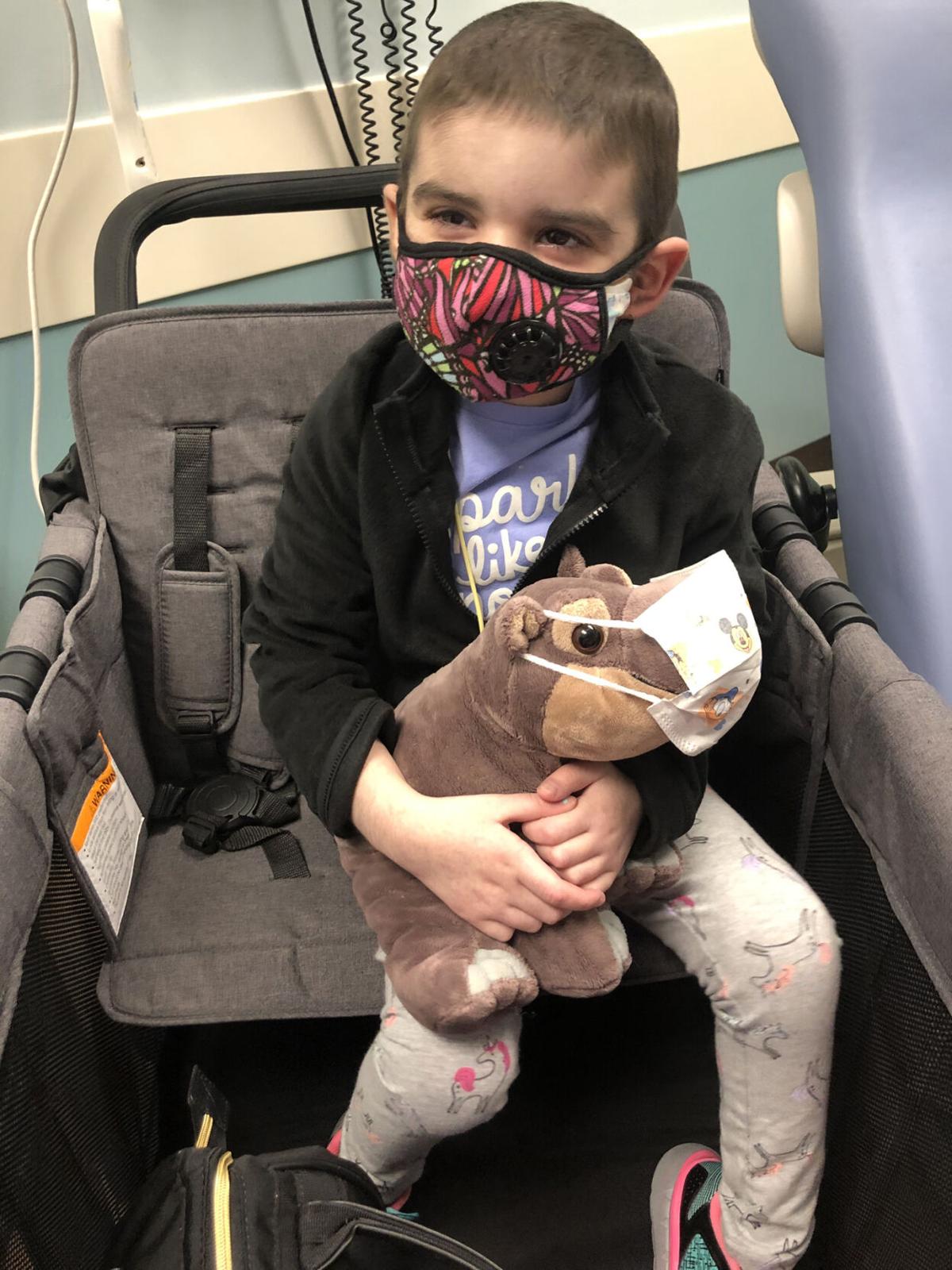 Tenley Ward, 4, with her stuffed hippo, Fiona, at her side, has been battling Acute Lymphoblastic Leukemia, Philadelphia Like for two years. 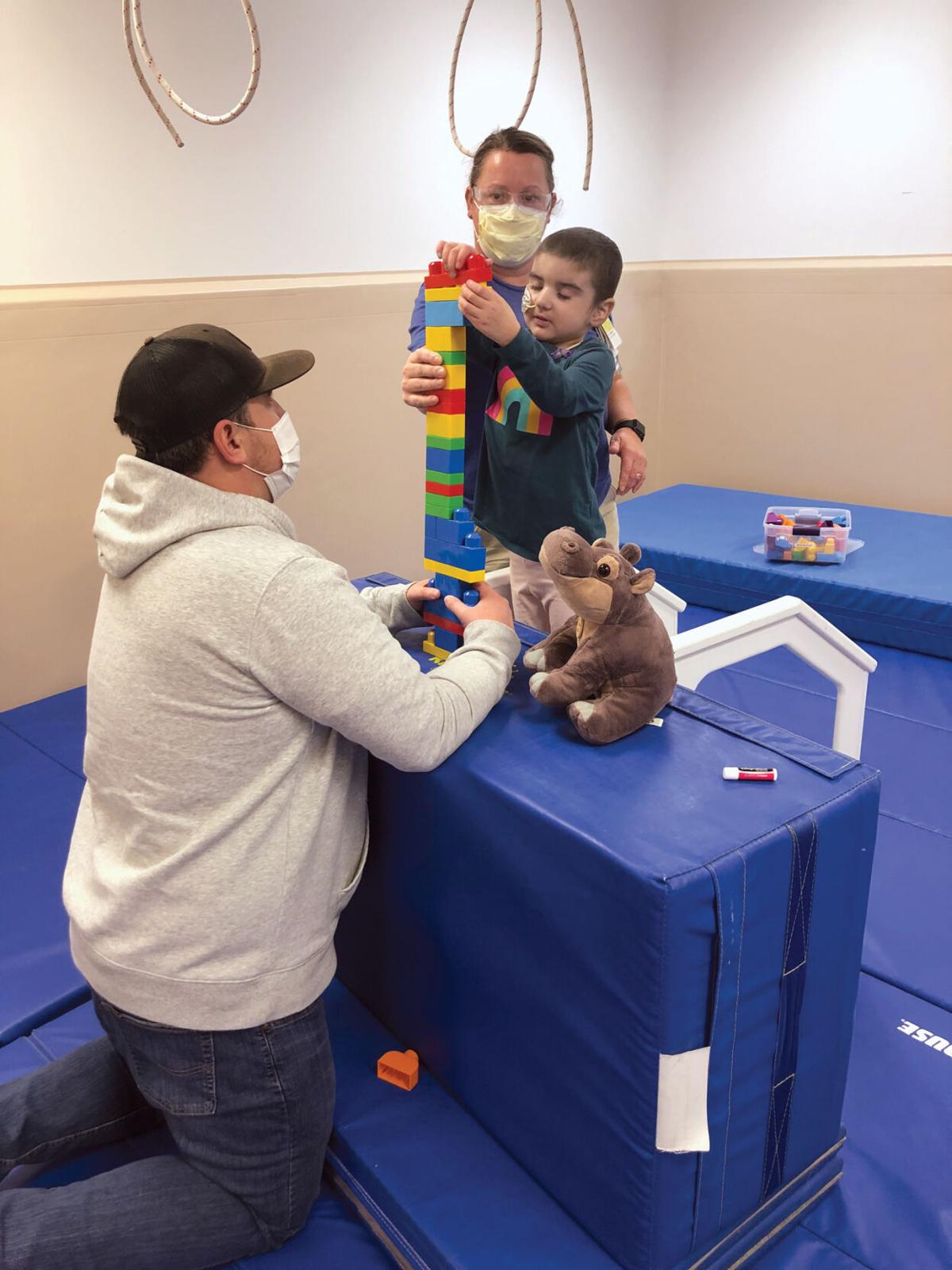 Tenley Ward and stuffed hippo, Fiona, do a therapy session in Cincinnati. 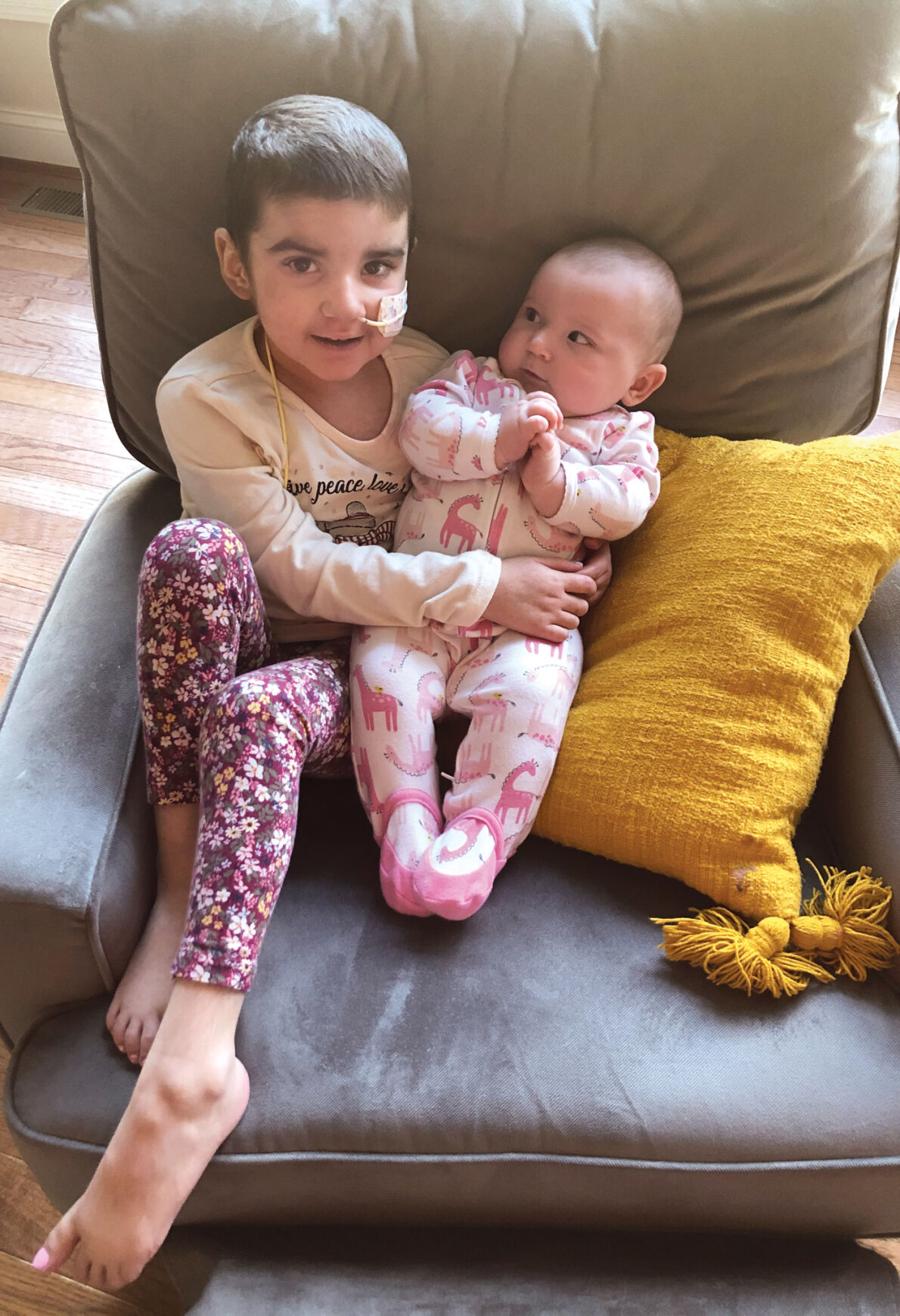 Tenley Ward, 4, with her stuffed hippo, Fiona, at her side, has been battling Acute Lymphoblastic Leukemia, Philadelphia Like for two years.

Tenley Ward and stuffed hippo, Fiona, do a therapy session in Cincinnati.

For one LaRue County girl, the past two years have been filled with hospitals, medications and illness. While the road ahead is long for Tenley Ward, 4, there has been some progress going into the new year.

On Dec. 14, 2018, Tenley was diagnosed with Acute Lympho­blastic Leukemia, Philadelphia Like.

She has had multiple cancer treatments and a bone marrow transplant in September. After the transplant, Tenley lost her ability to speak, lost movement in arms, could not walk and was unable to eat.

But today, Tenley is walking and out of the hospital. She now is staying in a home the family rents so she can be near Cincinnati Children’s Hospital for her therapy.

“Tenley has a long road ahead of her with her recovery but she has come such a long way,” her mom, Karen said. “She began to walk despite being told she likely never would.”

Walking, however, came with new risks. She has suffered an ankle sprain, which she is high risk for because she is weak from being in a hospital bed for a lengthy time, Karen said. Tenley’s walking is limited so it can heal.

She also has begun to come off of a lot of her medications.

“Which is a great step in the right direction,” Karen said. “ ... Tenley finally started eating a few things by mouth (last week) instead of only getting her nutrition through her NG or nose tube.”

“Tenley has good days and some not-so-good days but I like to think the good days are outweighing the bad,” she said. “She is very tired, which is to be expected.”

The transplant has caused fatigue and occasional nausea and vomiting. Tenley’s brain injury from her HHV6 encephalitis causes a slower and more complex recovery, Karen said.

The road ahead for Tenley is filled with physical, occupational and speech therapy so she can relearn tasks and build up strength. Those therapy sessions take place three times a week and she has bone marrow transplant checkups the other two days of the week.

“We are very positive and excited to see the gains that Tenley will continue to make,” Karen said. “The goal is to work her back into being an independent child.”

On Feb. 2, Tenley celebrates an important milestone — her fifth birthday.

“In her four years of life, she has spent two of those years either inpatient in a hospital or at doctor’s appointments,” Karen said. “We are hopeful that this birthday turns the page on a new chapter of happiness and health for Tenley.”

The beginning of that new chapter is being able to go back to her home in the LaRue County portion of Sonora.

“We are thankful that she has been so determined to get home and happy to say that her doctor has approved for her to return at the end of January, just in time to celebrate her fifth birthday at home,” Karen said.

Karen said she can’t find the words to thank the community for how they have supported the family during this time.

“Just since living in Cincinnati for Tenley’s transplant, we have received hundreds of cards, gifts and words of encouragement from people we know genuinely love Tenley,” she said. “On the worst days something or someone would come along just when we needed a pick-me-up. This community has been the glue that has held us together even from afar.”

The family has a page on Face­book called Team Tenley where many have sent them words and prayers of encouragement.

The experience, she said, has been humbling as she’s seen Tenley’s purpose in the world, to be a world changer.

“She has brought people together in a way that only a child can,” she said. “The unity her story has brought, the people who have begun to pray or returned to prayer, the hope she has radiated to others — that is our Tenley”

Because of that, for her fifth birthday, the family wants to challenge others to come together and spread light.

“Every one of us is sent here to earth to do something great, big or small, you make a difference,” she said adding a thank you to Team Tenley. “I can’t wait for you to see the big things this girl does. Watch out world, here she comes.”