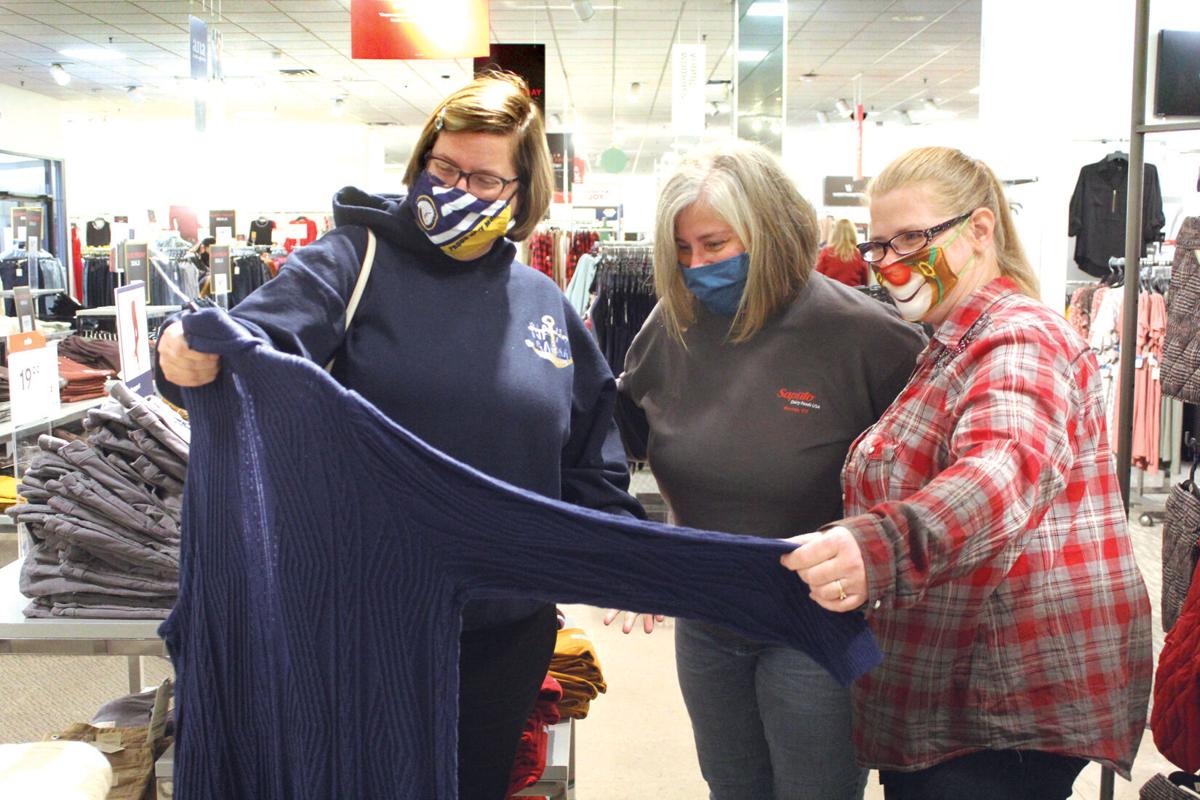 J.C. Penney at Towne Mall in Elizabethtown was one of the many stops Friday for Melissa Armes, Cheryl Reider and Karen Armes as they shopped Black Friday deals. 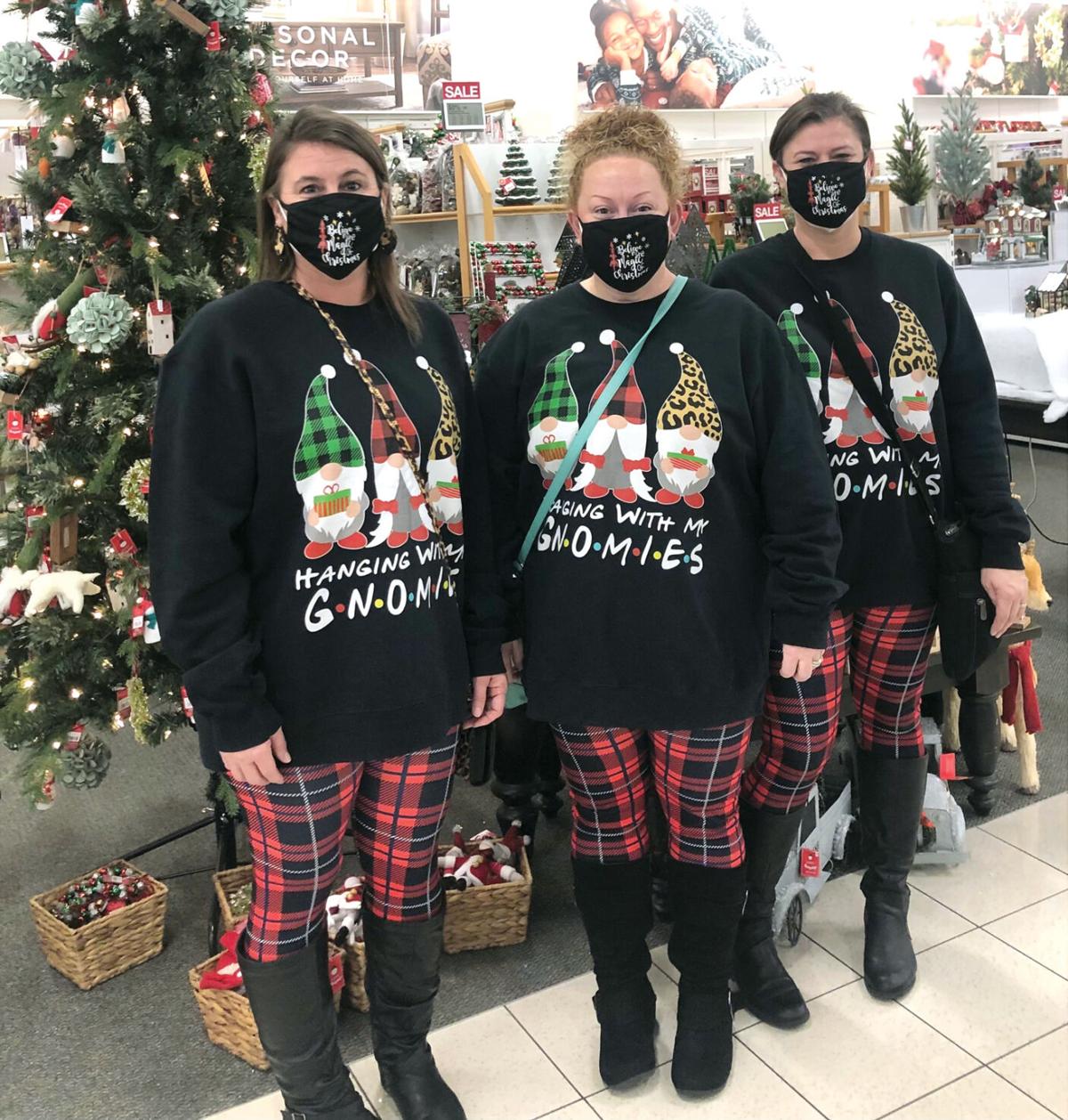 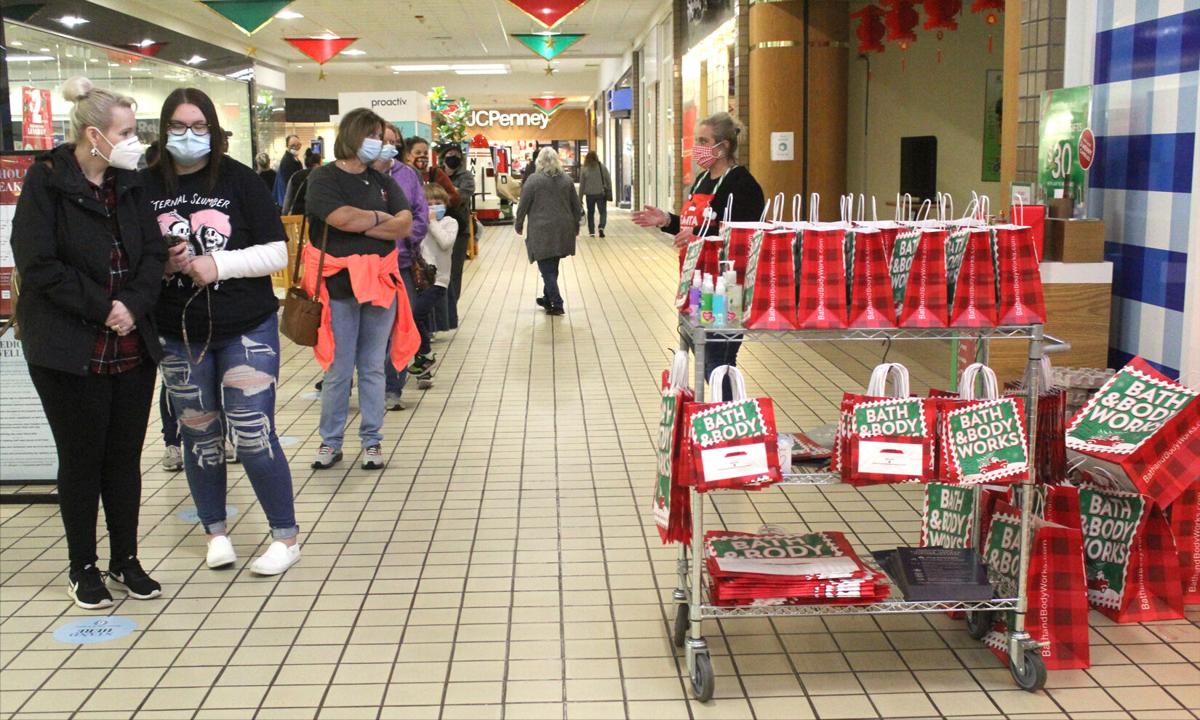 Bath & Body Works at Towne Mall in Elizabethtown had a line of shoppers waiting to enter Friday. 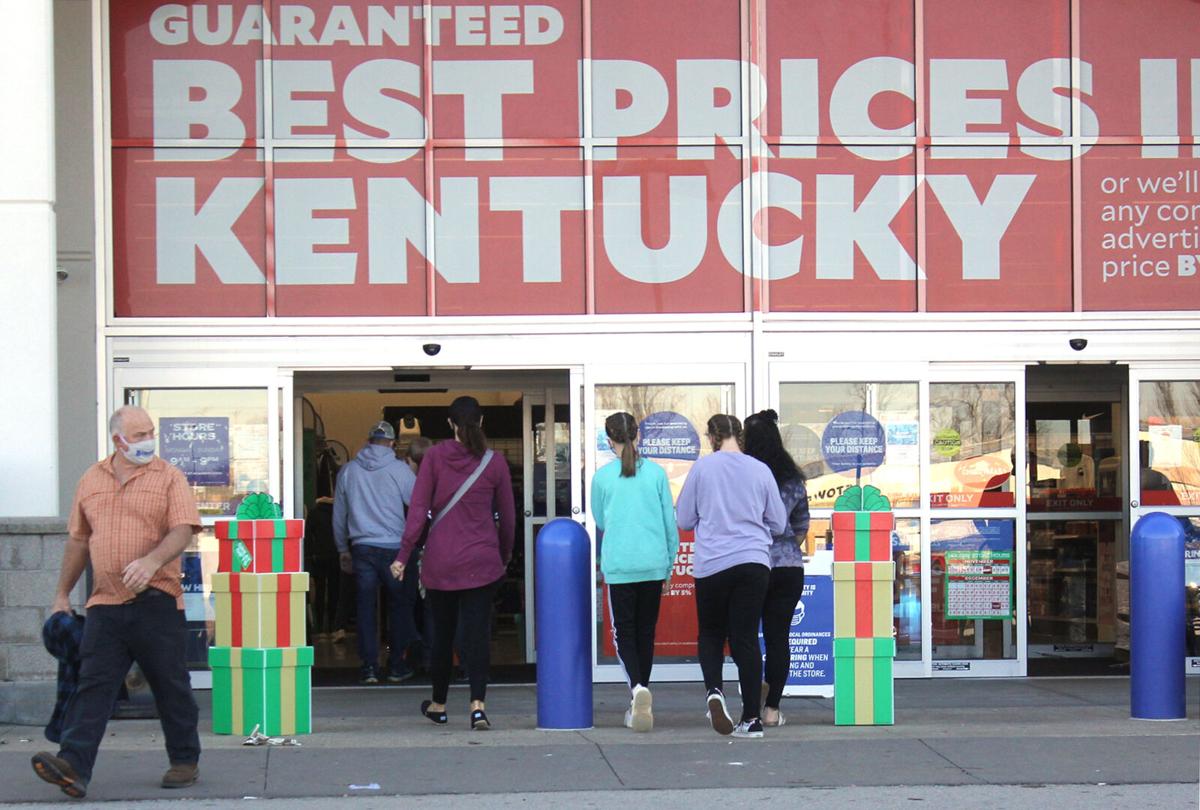 J.C. Penney at Towne Mall in Elizabethtown was one of the many stops Friday for Melissa Armes, Cheryl Reider and Karen Armes as they shopped Black Friday deals.

Bath & Body Works at Towne Mall in Elizabethtown had a line of shoppers waiting to enter Friday.

Despite the COVID-19 pandemic, several shoppers could still be found in stores Black Friday on a quest for the best deals. For many, the day of shopping has become a traditional family excursion.

Karen Armes of Louis­ville and her sisters-in-law Cheryl Reider of Murray and Melissa Armes of Radcliff head to the stores each year.

“Every year we go shopping as a family,” Melissa Armes said.

“That’s what we do,” Reider added. “We’ve never really been ones to rush out and get the deal first or whatever. It’s a day we use to spend time together.”

The three, and other family members who went with them, started 5 a.m. Black Friday at Kohl’s. About 10 a.m., they had worked their way to J.C. Penney at Towne Mall in Eliza­beth­town.

In regard to crowds at the stores, the three said it hadn’t been that busy.

“It’s been nice. You don’t have to wait in line forever,” Karen Armes said.

Reider said she thinks there were a lot fewer people out Friday because they were online shopping, which was offered early by many stores.

“We decided we still wanted to get out because it’s more about family for us,” she said. Yes, shopping is the activity, but they do it more for socialization and being together, Karen Armes added.

Black Friday shopping has also become a tradition for another trio that could be found shopping around 10 a.m. at Towne Mall in matching outfits. Rachel Alexander, along with her sister-in-law and her sister, wore matching flannel leggings, black boots, Christmas face masks, and black sweatshirts with three gnomes that said, “Hanging with my gnomies.” The three wear matching clothes to shop every year.

Alexander said they also saw a lot less people in the stores. She said they got to Walmart at 5 a.m. Friday.

“We got like a front row parking spot. There was hardly anybody there,” she said. Alexander said you could tell more people were trying to do online shopping and stay out of the stores because of COVID-19.

The three traveled to Elizabethtown to shop from Breckinridge and Meade counties.

At Academy Sports + Outdoors, store director Adam Berthold said things started off slow, but continually picked up as the day went on. About 11 a.m. Friday, the check-out line extended pass the dressing rooms in the center of the store.

“It’s been good for us and good for the customers as well to give them the opportunity to stay out of the building if they need to, especially those that are higher risk,” he said.

Berthold said the store’s Black Friday sales actually started earlier in the week. Although they had doorbuster deals, starting at 5 a.m. Friday.

Taking advantage of some of the deals at Academy Sports + Outdoors were Linda Hester, Lisa Dennis, and Delanee Dennis – three generations. The store on Ring Road was their first stop of the day at around 11 a.m.

Lisa Dennis said they didn’t have anything in particular they were looking for in the stores while shopping on Friday.

“We’ve always just went as a girls’ day,” she said.

Hester said she liked this year a lot better than in years’ past with fewer people in the stores. Lisa Dennis said they looked at a few things online, but “you’ve still got to get out.”

According to a TechCrunch.com article, Adobe, which is following online sales in real-time at 80 of the top 100 retailers in the U.S., said U.S. consumers spent $9 billion online on Black Friday, up 21.6 percent on a year ago.