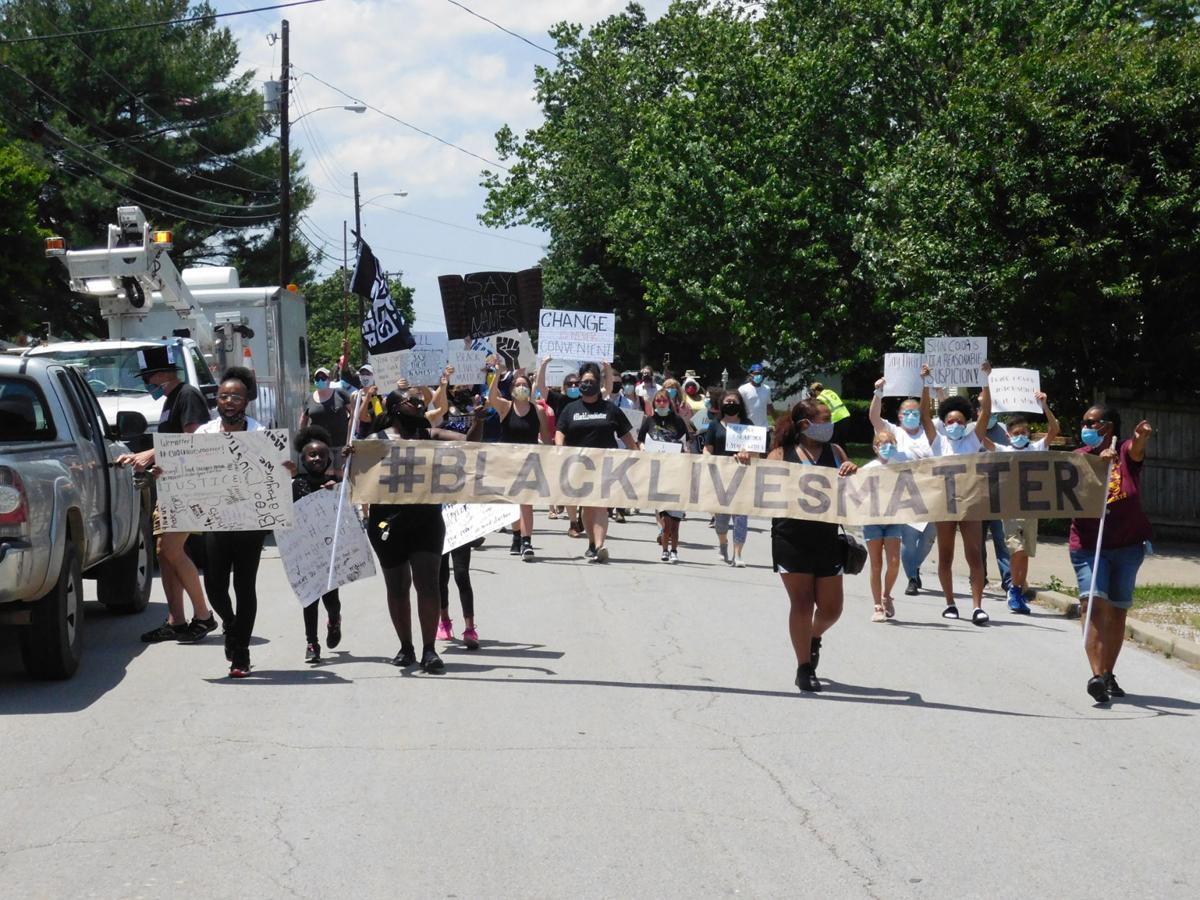 Dozens of people march Wednesday afternoon from the LaRue County Courthouse to the downtown square shouting various chants in support of the Black Lives Matter movement along the walk. 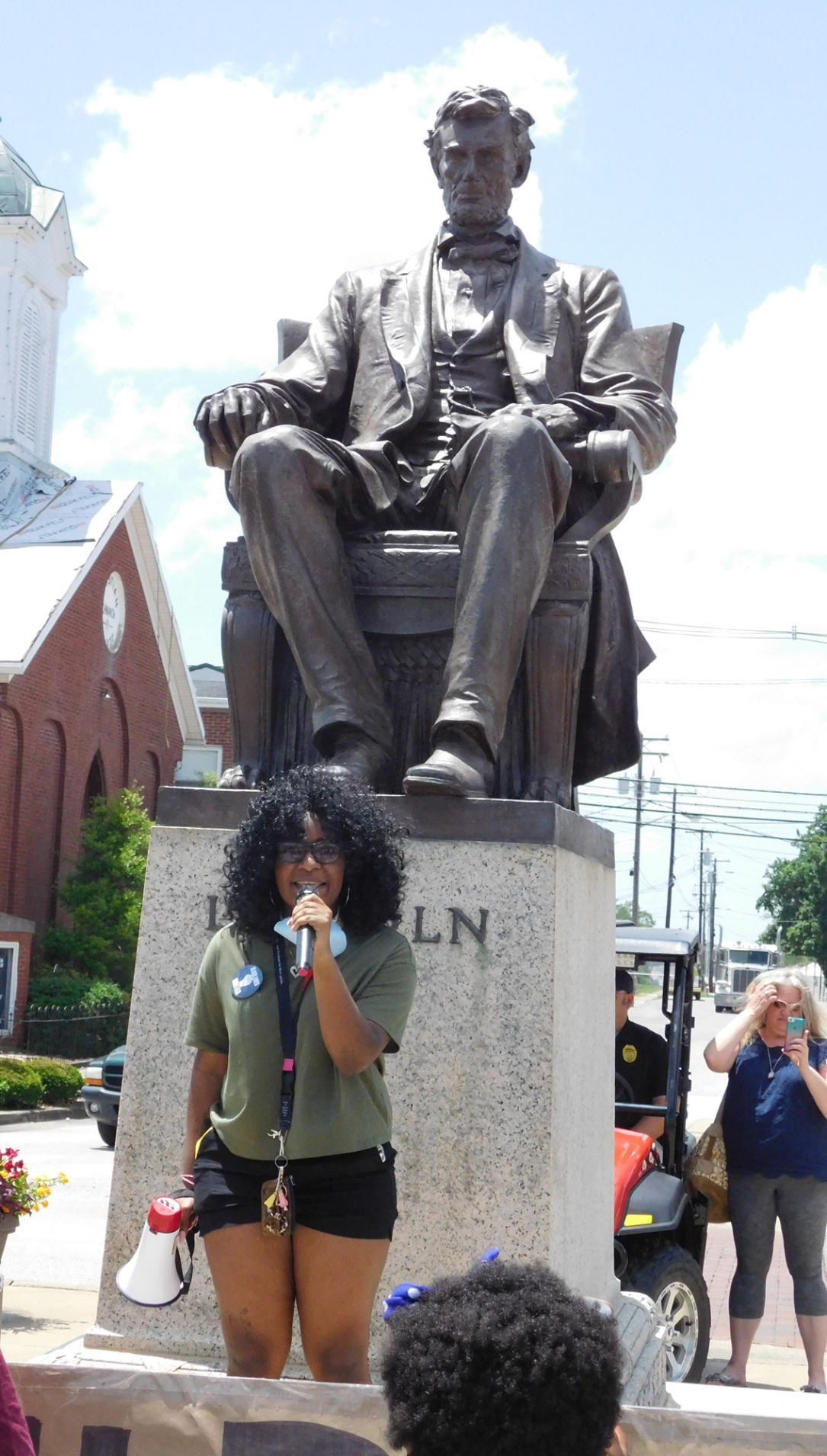 Stefani Giles speaks Wednesday afternoon to the crowd gathered at the square in downtown Hodgenville. 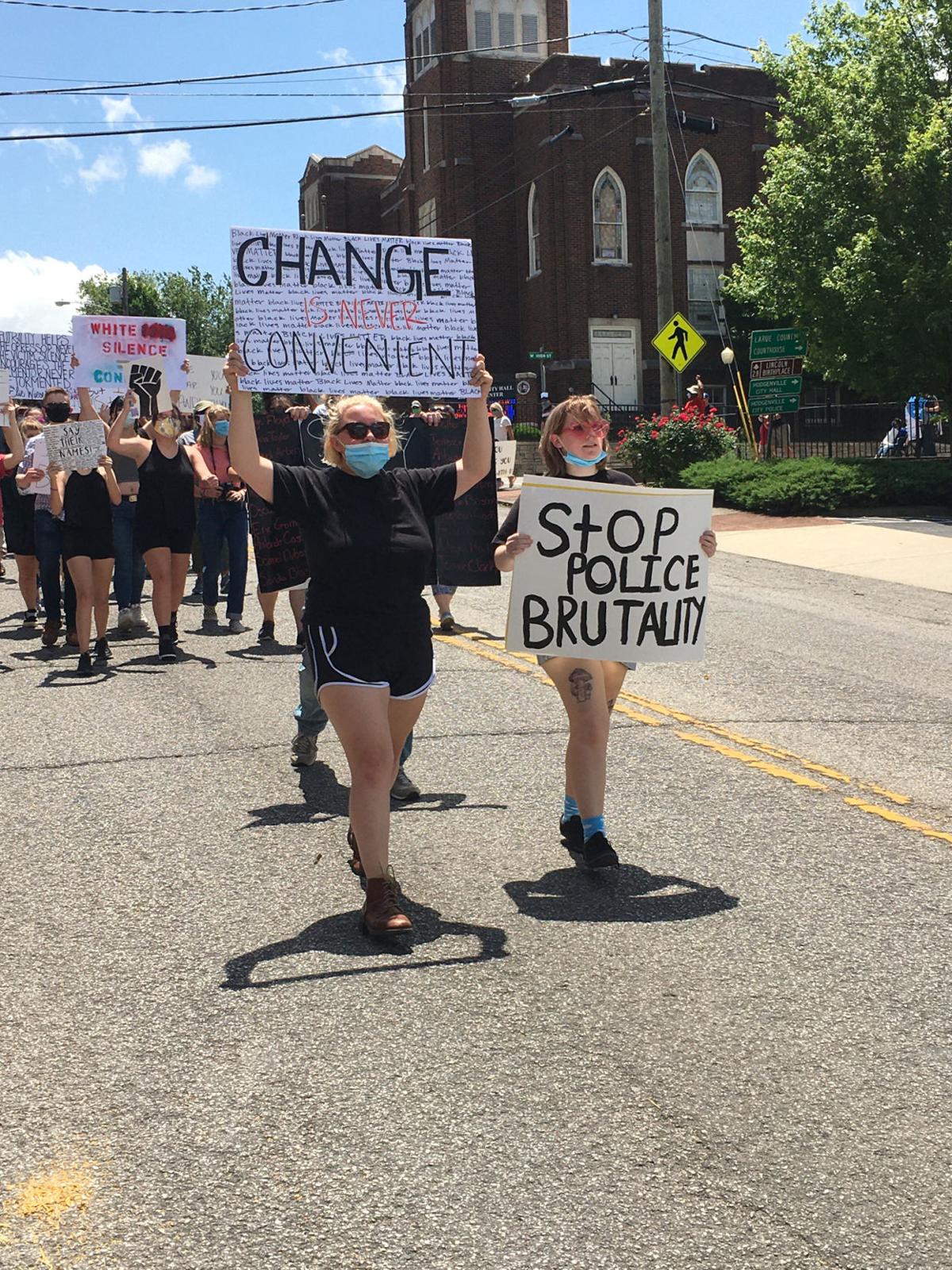 Numerous people held signs asking for change and the end of police brutality during a Black Lives Matter march and protest Wednesday in Hodgenville.

Dozens of people march Wednesday afternoon from the LaRue County Courthouse to the downtown square shouting various chants in support of the Black Lives Matter movement along the walk.

Stefani Giles speaks Wednesday afternoon to the crowd gathered at the square in downtown Hodgenville.

Numerous people held signs asking for change and the end of police brutality during a Black Lives Matter march and protest Wednesday in Hodgenville.

HODGENVILLE — Sybil Handley went from helping carry a wide Black Lives Matter banner through parts of downtown Hodgenville on Wednesday afternoon, to describing her life, one she says was filled with taunts of racism and physical abuse because of the color of her skin.

“You see this city, it’s not always what people think it is,” she said during a Black Lives Matter march and protest attended by more than 200 people. “I couldn’t play on the playgrounds with the white kids because the white kids would trip us ... You will never know our pain because you’re not black.”

A movement taking place across the United States after the deaths of George Floyd in Minneapolis last month and Breonna Taylor in Louisville in March by police, landed in Hodgenville, home of President Abraham Lincoln, who abolished slavery in 1862.

Stefani Giles, who graduated this year from LaRue County High School, organized the event. She, like other speakers, stood at the steps of a Lincoln monument to address the crowd.

“I want better for the African American kids in LaRue County,” said Giles, 18. “I want them to be treated the exact same way my white counterparts were treated ... Our lives can’t matter until black lives do matter. Our lives mean something and mean more to us than they will ever know.”

Dozens of people held signs high or in front of them, ranging from young children to senior citizens, on the square. The walkers marched a short distance from the LaRue County Courthouse onto the square and were greeted there by several other people.

“We’re not seen as people, but objects,” Giles said. “We’re statistics and we demand justice. I am disappointed ... You can’t depend on the oppressor of the oppressed and I’m sick of it.”

Many stood as speaker after speaker addressed the crowd. LaRue County Judge-Executive Tommy Turner and Hodgenville Mayor Jim Phelps were among the attendees as well.

“I’m impressed with the turnout that’s here and I fully support their right to hold this and support their opinion,” Phelps said. “I’m pleased that it’s been peaceful, but I expected it would be.”

The march started about 2 p.m. as chants filled the afternoon air of “Black Lives Matter,” “Say their names,” “I can’t breath” and “No justice, no peace.”

Several people sat around the downtown square outside store fronts, and others sat along steps listening.

A “March for Change” will be held at noon Saturday in Radcliff on West Lincoln Trail Boulevard.