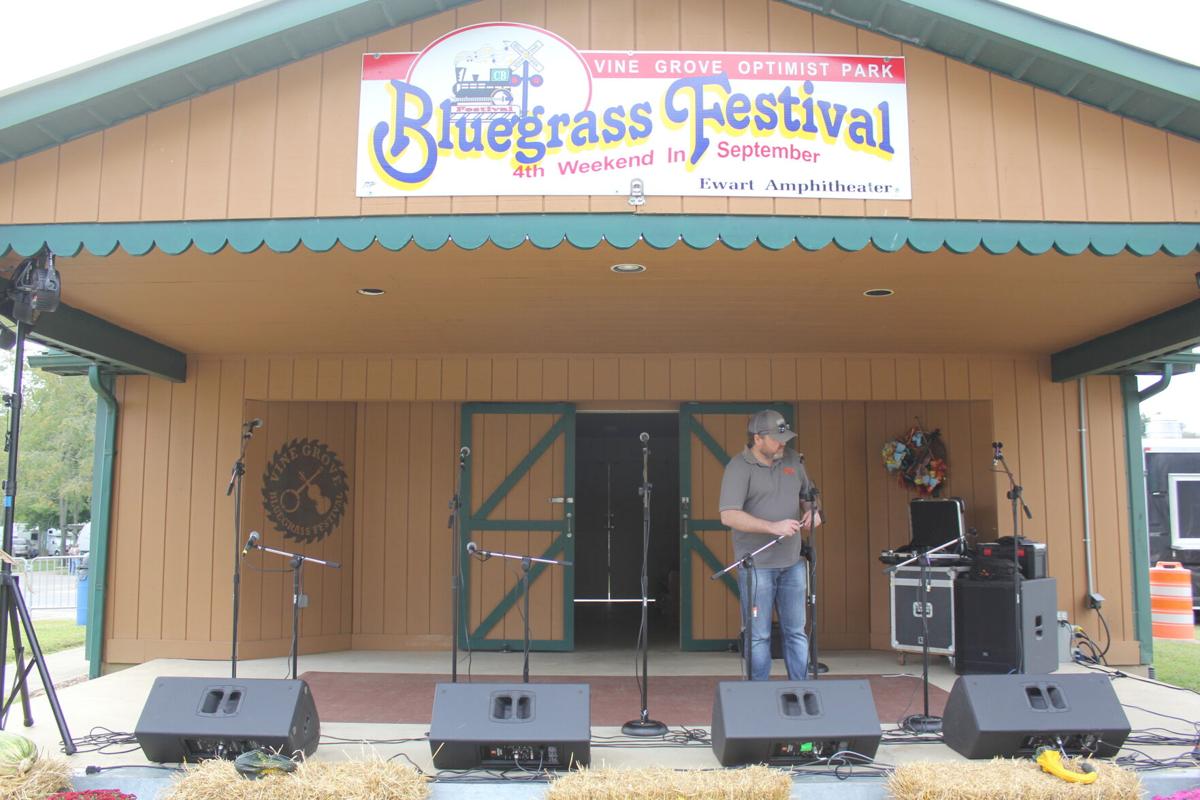 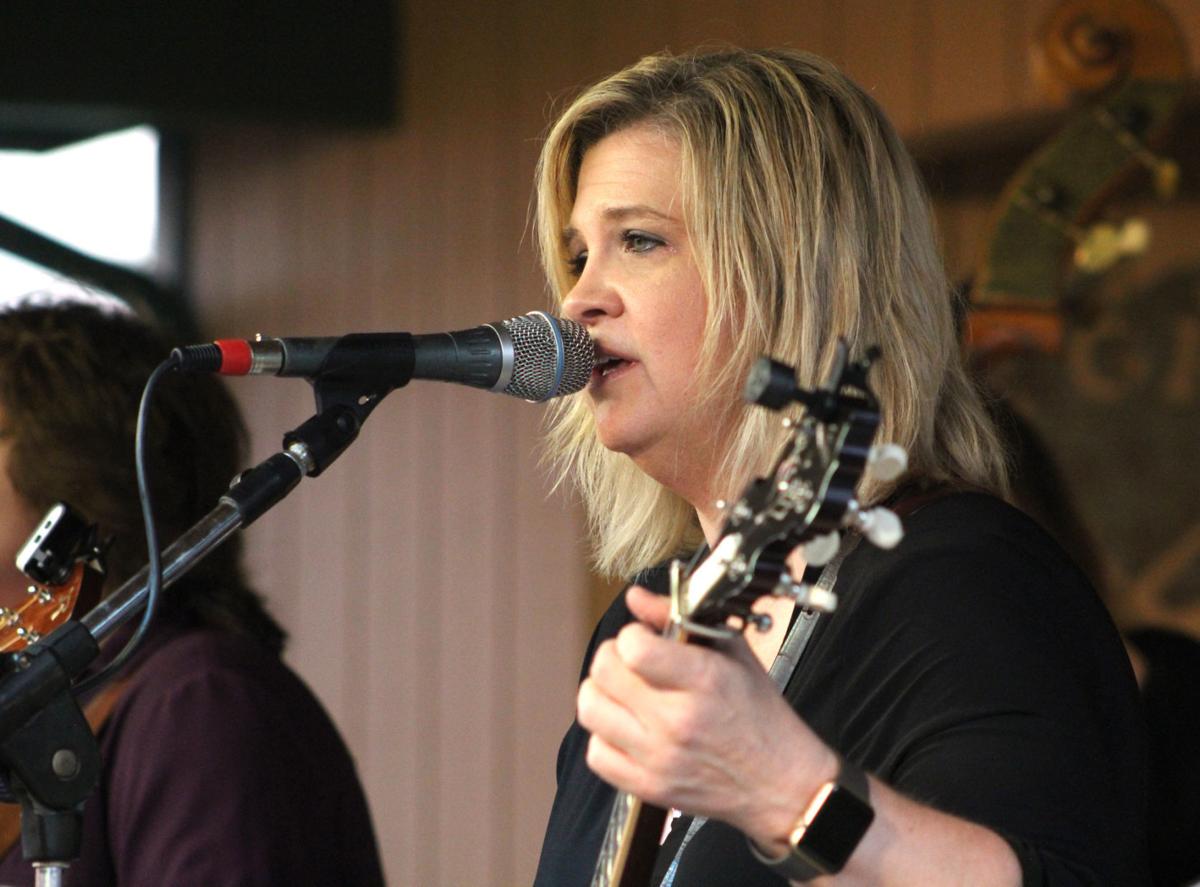 Gena Britt of Sister Sadie sings in 2018 during the band’s performance at the Vine Grove Bluegrass Music Festival at Optimist Park. The band is back again this year on the Saturday lineup.

Gena Britt of Sister Sadie sings in 2018 during the band’s performance at the Vine Grove Bluegrass Music Festival at Optimist Park. The band is back again this year on the Saturday lineup.

Marvin and Judy Detjen of Missouri sat outside their RV Thursday afternoon at Vine Grove Optimist Park enjoying the fall weather, patiently waiting to hear the sound of bluegrass music.

Most recently, they attended the Nine Mile Bluegrass Festival in Pikeville, Tennessee. Though they have traveled several places over the years to enjoy bluegrass music, this is their first year to attend the festival in Vine Grove.

When it comes to bluegrass festivals, Marvin Detjen said they enjoy the people and the music as well as the good food. Judy Detjen said it’s amazing to her that a lot of bluegrass artists don’t need to read music. Instead, they simply perform by hearing.

Judy Detjen said they were interested in seeing the band scramble Thursday evening. For the band scramble, musicians enter individually, and bands are created by picking names out of hats. They then have to perform together.

Steve and Judy M­c­­Clure traveled from Jasper, Georgia, to attend the festival. Judy McClure originally is from Vine Grove, and her family, Scheible, is actually a sponsor of the event. They’ve been attending the festival for the last 20 years.

“The (Vine Grove) bluegrass festival is the best there is. There is not a better one than this one,” Judy McClure said.

“You feel like you’re friends with everybody,” he said, adding there are so many great musicians. “It’s great coming here. We go to several bluegrass festivals, but none are like this. This one’s really special.”

He said it’s not uncommon for jam sessions to take place throughout the campground, away from the stage.

Music begins at 1 p.m. Saturday with The Travelin’ McCoury’s performing at 10 p.m. to close the festival. Other artists performing Saturday include Bluegrass 101, Carolina Blue, Nothin’ Fancy, Danny Paisley and the Southern Grass, Sister Sadie, and the Po’ Ramblin’ Boys.

Tickets are $30 for today and $45 for Saturday. Jason Basham, president of the festival’s committee, said people are able to purchase tickets at the gate.

For more information on tickets or the band lineup, go to vinegrovebluegrass.com.

Basham said so far ticket sales have been strong, nearly as good as last year’s. He said they already have more campers at the park than the did for their 20th anniversary.

With the COVID-19 pandemic causing several cancellations in the spring, summer and even into the fall, Basham said people are hungry for something to do. He said some might see the bluegrass festival as their last chance to have a fun concert experience in 2020.

Proper steps to follow state guidelines for COVID-19 are being taken at the festival. Judy Detjen said she was impressed with how the organizers have handled the rules and social distancing guidelines.