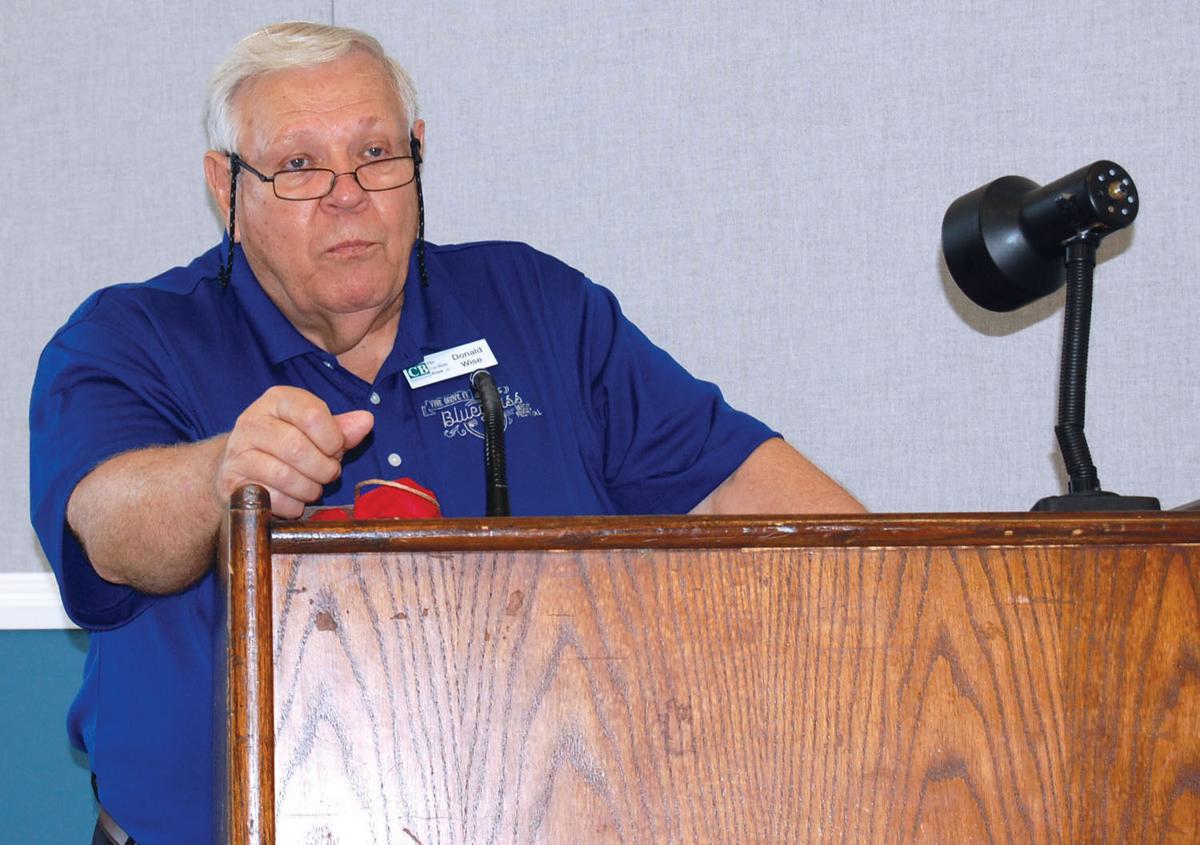 Involved with the Vine Grove Bluegrass Festival since its inception, Don Wise serves as president of the nonprofit organization, which stages its 20th anniversary show Sept. 26-28 at Optimist Park. He discussed the event’s history and this year’s plans Thursday during the Chamber Breakfast Club meeting at Vine Grove City Hall. 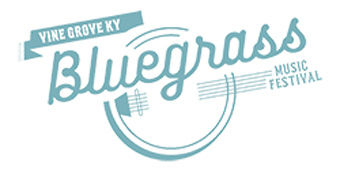 Involved with the Vine Grove Bluegrass Festival since its inception, Don Wise serves as president of the nonprofit organization, which stages its 20th anniversary show Sept. 26-28 at Optimist Park. He discussed the event’s history and this year’s plans Thursday during the Chamber Breakfast Club meeting at Vine Grove City Hall.

Vine Grove is five weeks away from welcoming thousands of bluegrass music fans to enjoy three days of foot-stomping and hand-clapping fun including performances by headliners Ricky Skaggs and Rhonda Vincent.

Don Wise, president of the nonprofit organization which stages the Vine Grove Bluegrass Music Festival, talked Thursday about the e­v­ent’s two decades of history and looked forward to this year’s anniversary celebration during a speech before the Hardin County Cham­ber of Commerce Break­fast Club.

Wise recalled the initial visit to his office at The Cecilian Bank when Donovan Smith, a former mayor, and the late Max Ewart came to suggest organizing a festival.

Ewart’s passion help­ed shape the festival, which has grown from a Saturday afternoon show­case to a three-day event on the fourth weekend of September each year. It routinely fills the camp sites at Opti­mist Park and attracts guests from across the country and beyond to area hotels.

Wise said Ewart’s con­­tri­butions will be hon­or­ed Sept. 28 during the festival at the amphitheater building, which carries his family’s name.

The bank has been a signature sponsor since the festival’s inception. Wise also acknowledged the involvement of a team of volunteers, which is active year round to stage the family-friendly entertainment. Often, he said, talent coordinator Jason Basham works two or three years ahead to book performers.

During his Chamber remarks at Vine Grove City Hall, Wise also singled out two governmental entities playing a vital role in the event.

“We couldn’t do it without a significant partnership with the city of Vine Grove and many, many other partners,” Wise said. “Radcliff-Fort Knox Tourism has come on board the last couple years and made a significant financial contribution, which makes a huge difference.”

To balance the event both economically and artistically, Wise said the committee tries to sign a mix of regional talent, up-and-coming acts and headliners. That formula’s reflected in this year’s lineup. The 20th anniversary show features 13 bands and 22 sets with most of the entertainers scheduled to perform twice.

It opens on the evening of Sept. 26 with a band scramble followed by two opening night performers. The Friday schedule starts at 5 p.m. and includes two sets by The Clinch Mountain Boys and is closed by Joe Mullins and The Radio Ramblers. On Sat­ur­day, it’s roughly 12 hours of bluegrass talent following the 11:30 a.m. welcome by Mayor Pam Ogden. The schedule includes two performances by Rhonda Vincent, an eight-time winner of the International Bluegrass Music Association female vocalist of the year, and her band The Rage.

The headliner of the weekend is Ricky Skaggs and Kentucky Thunder, which is scheduled to take the stage at 10:10 p.m. Sept. 28 and close out the show. Perhaps best known for his country hits including “Heartbroke” and “Highway 40 Blues,” Skaggs’ roots are in bluegrass, having played the mandolin since age 5.

To learn more about the festival and see the full schedule, go to vinegrovebluegrass.com.

A three-day pass costs $70 per per­son. Regular admission is $15 on Thurs­day, $25 on Friday and $25 on Saturday. Children 12 and youn­ger accompanied by an adult are admitted free.

Tickets can be pur­chased online at www.vinegroveblue­grass.­com or through the mail by sending payment plus a self-addressed, stam­ped envelope to the festival at 530 Highland Ave., Vine Grove, KY 40175.

Ricky Skaggs is a 15-time Grammy winner, mem­ber of the Country Music Hall of Fame and a 11-time Billboard Country Singles chart-topper. But b…