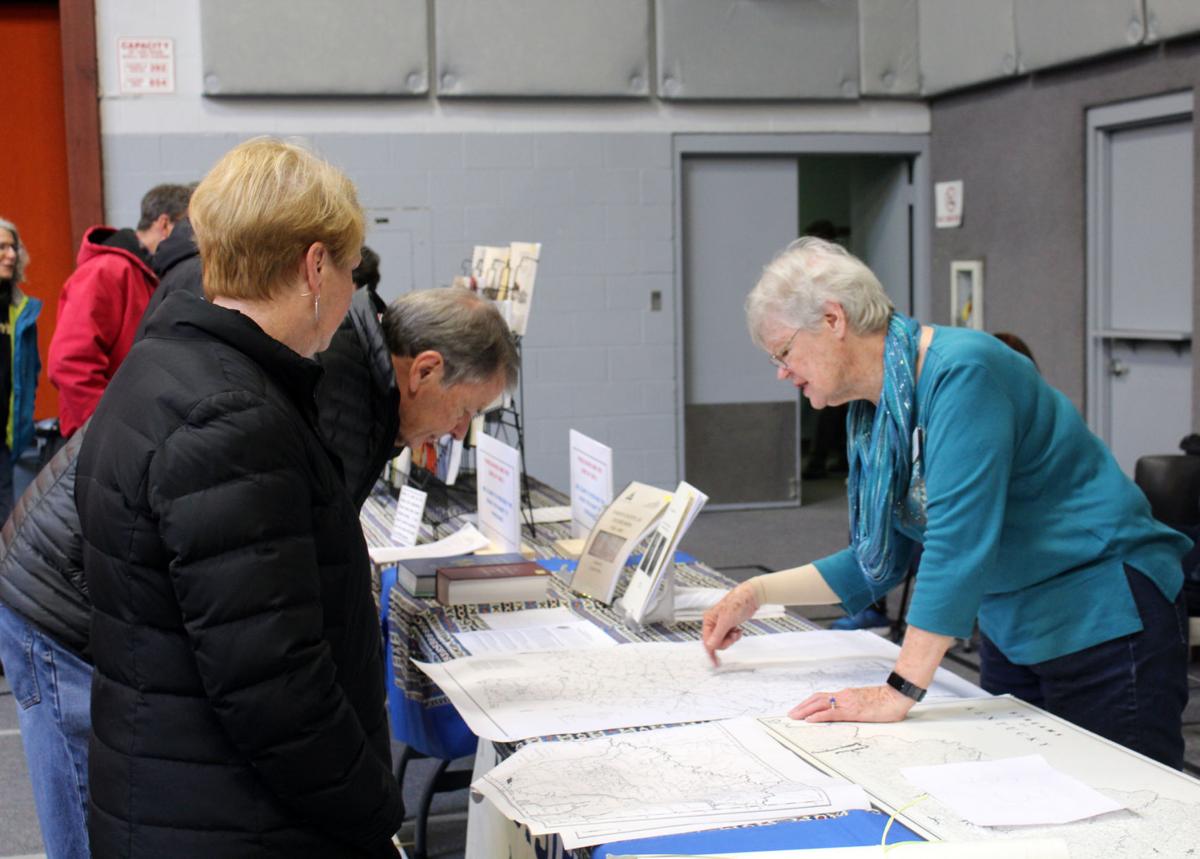 Local Daughters of the American Revolution member Carolyn Wimp looks over a map of the region with attendees of the 19th annual Ancestral Trails His­tori­cal Society Book Fair Saturday at the Pritchard Community Center in Elizabethtown. 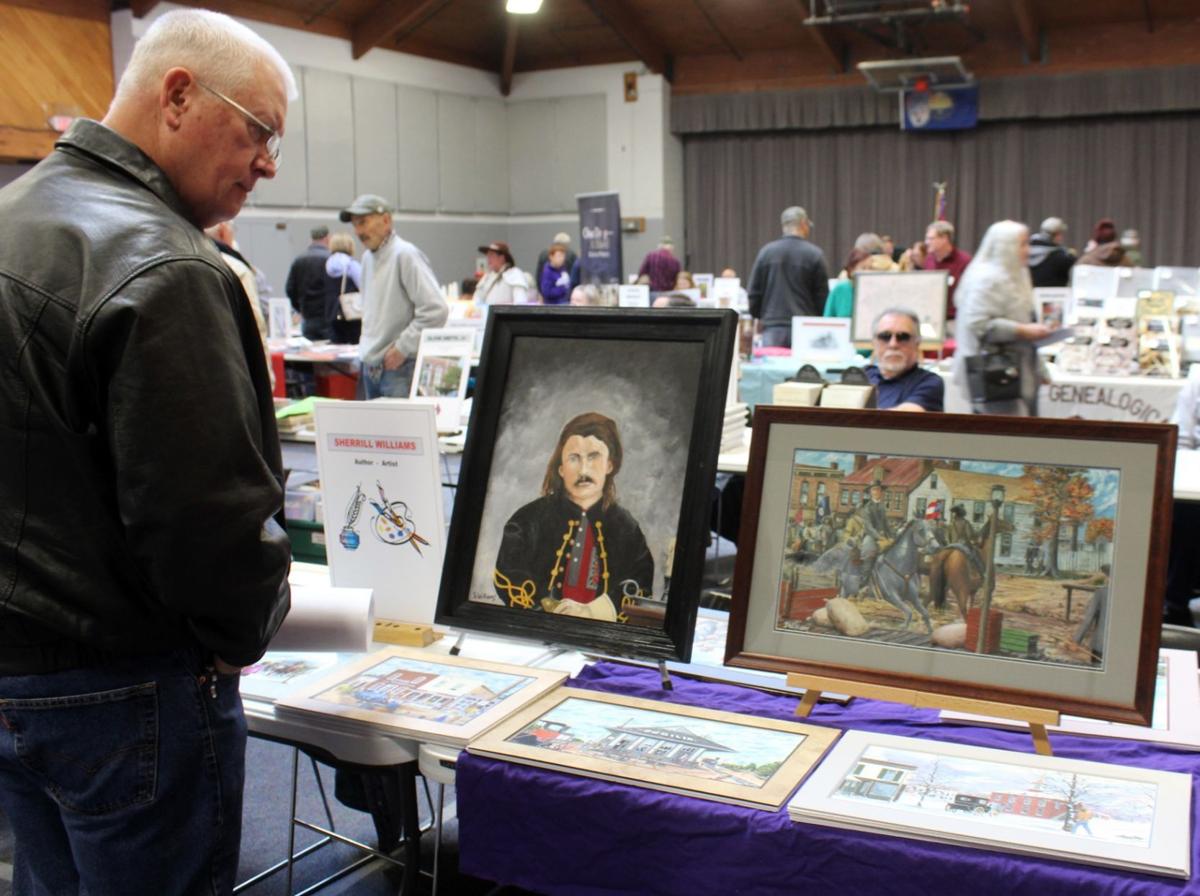 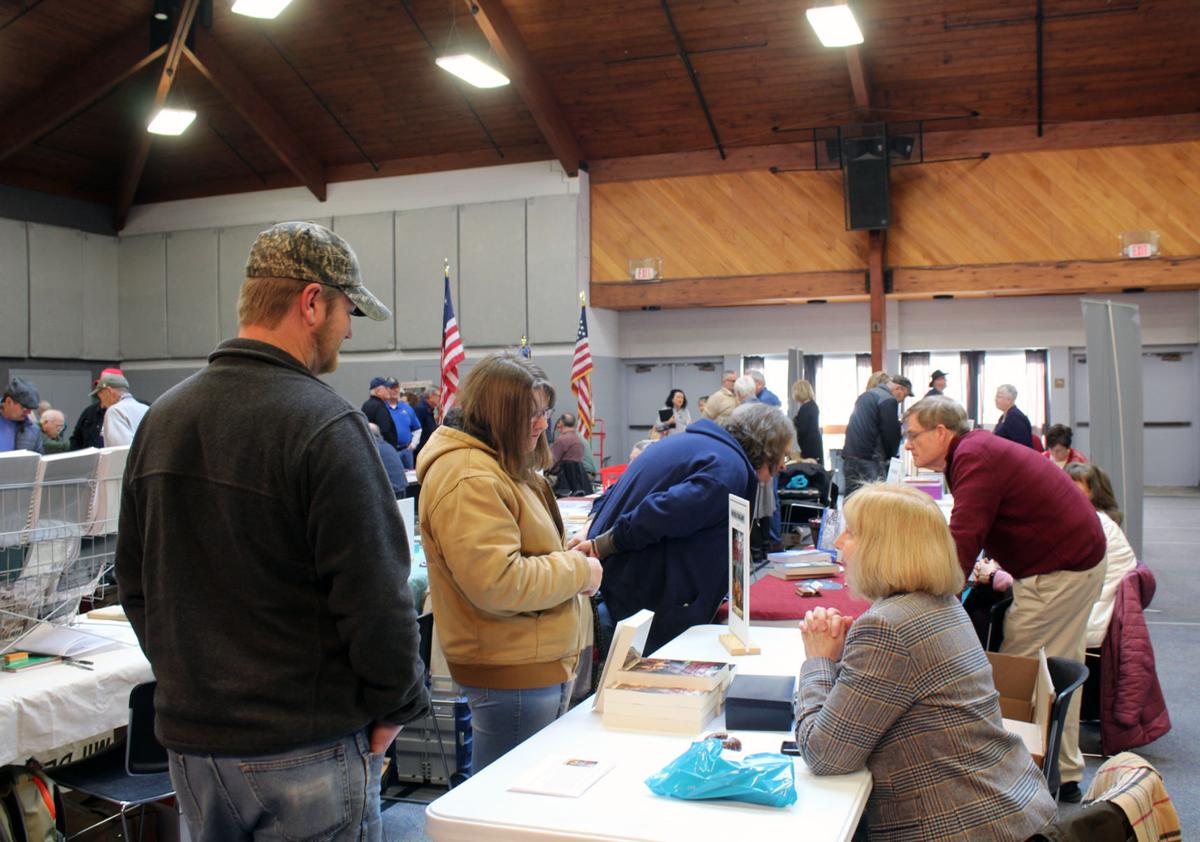 Local Daughters of the American Revolution member Carolyn Wimp looks over a map of the region with attendees of the 19th annual Ancestral Trails His­tori­cal Society Book Fair Saturday at the Pritchard Community Center in Elizabethtown.

At the 19th annual Ancestral Trails His­tori­cal Society Book Fair on Saturday, attendees could learn about everything from Civil War triumphs and defeats to details about their own family’s history and lineage.

Ancestral Trails His­tori­cal Society member Gary Kempf said because regional authors and genealogical society members were at the fair, attendees could purchase books not available at any bookstores. He said the fair has become a staple for local history enthusiasts.

“It’s about the camaraderie and fellowship among people interested in history and genealogy,” he said. “ ... There’s a lot of sharing of information.”

Founded in 1975 in Radcliff, Ancestral Trails is a regional genealogical and historical society with a national membership. The group maintains a genealogical library at the Hardin County History Museum in Elizabethtown.

“We do a lot of research for people all over the country,” Kempf said.

Arlin Kramer, an authority on Fort Knox history, also was at the fair to provide attendees with information about ancestral connections to the military instillation.

Terry Foody of Lex­ington was among the authors set up at the event. Foody was promoting her books “The Cherokee and the Newsman: Kinsmen in Words” and “The Pie Seller, The Drunk, and the Lady: Heroes of the 1833 Cholera Epidemic in Lexington, KY.”

A newcomer to the fair, Foody said she found those in attendance to be very receptive and curious about her research.

“People are so interested in these topics,” she said. “There’s a lot of enthusiasm.”

LaRue County-based authors Carl Howell and Robin Milby also were set up to promote their book “Kentucky’s 120 Counties: A Postcard Album.” A recurring visitor of the fair, Howell said he always is impressed by the range of information available through the event.

“You can find just about anything, so it’s a good boon for Hardin County,” he said.

Chris Lueken of the West Point History Museum said the fair is a great opportunity for regional historical enthusiasts to unite and share information.

“It’s actually the one day a year when all of us are in the same room,” she said.