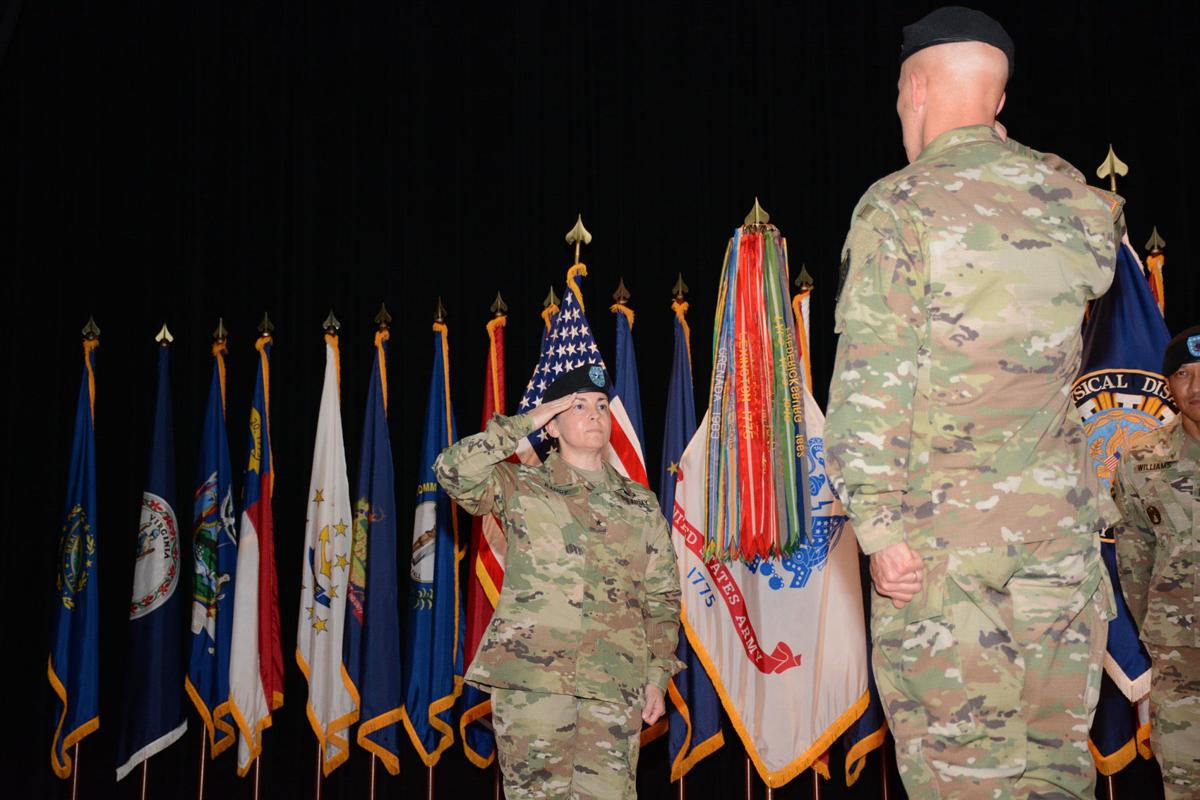 Rampy succeeds Brig. Gen. Robert W. Bennett, who retired after more than 30 years of military service. According to a news release, as only the fifth female officer named The Adjutant General of the Army, Rampy also serves as executive director of Military Postal Service Agency and commanding general of U.S. Army Physical Disability Agency.

Rampy, a 1996 graduate of Cameron University in Lawton, Oklahoma, has served in a variety of command and staff officer assignments as a member of the Adjutant General Corps throughout her career, most recently as the executive officer to the U.S. Army’s Deputy Chief of Staff, G1 (Personnel) in Washington, D.C.

In 2008, she was in Iraq with the 1st Cavalry Division, Fort Hood, Texas, and in 2012 she com­manded the 4th Brigade Special Troops Battalion, 4th Bri­gade Com­bat Team, 1st Cavalry Di­vision in Afghanistan.

“The opportunity to serve as The Adjutant General of the Army is the pinnacle job for an AG officer. It’s an awesome responsibility and I’m looking forward to working with an incredible group of professional soldiers and civilians, some of whom I have known for most of my career,” she said.

In addition to a bachelor of arts degree in political science, the release said she earned a master of business administration from Touro University and the U.S. Army War College as a fellow at the University of Texas.