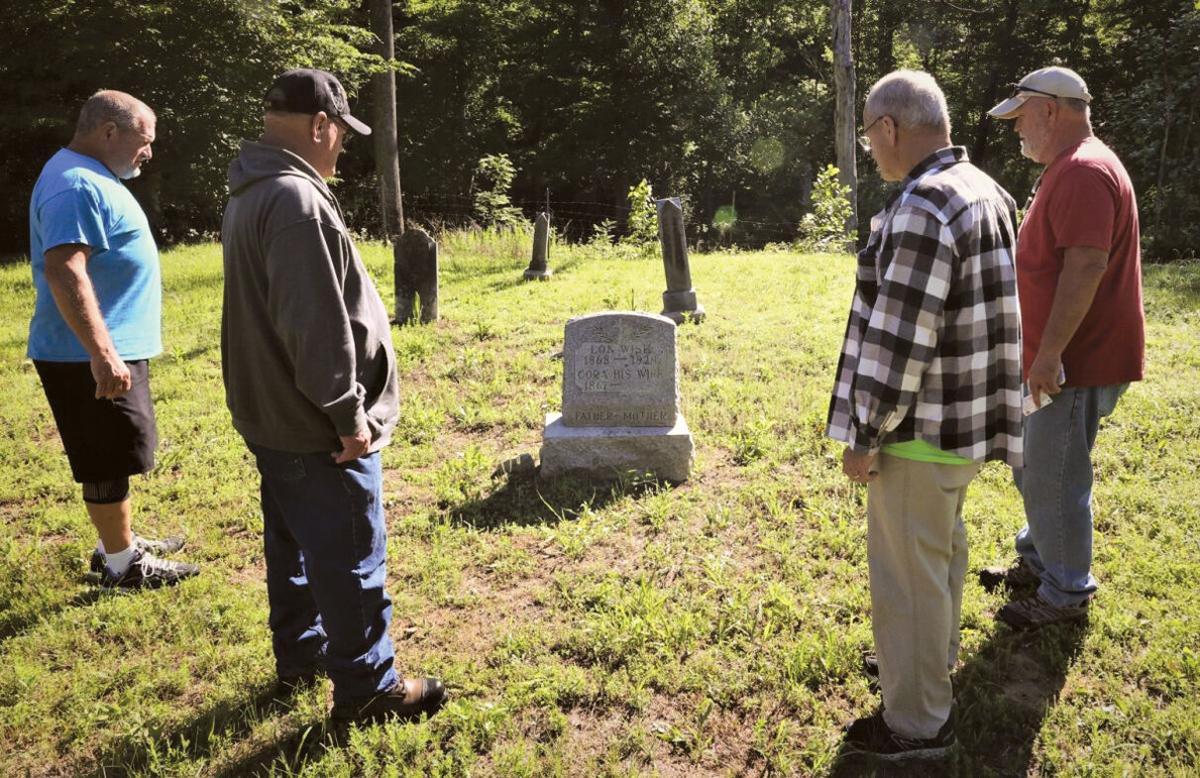 Wise brothers Lon, John and Michael visit Pitts Point Cemetery at Fort Knox on Memorial Day for the first time since their father brought them 51 years ago. Joined by brother, Pat, the men have 17 family members buried at the site. 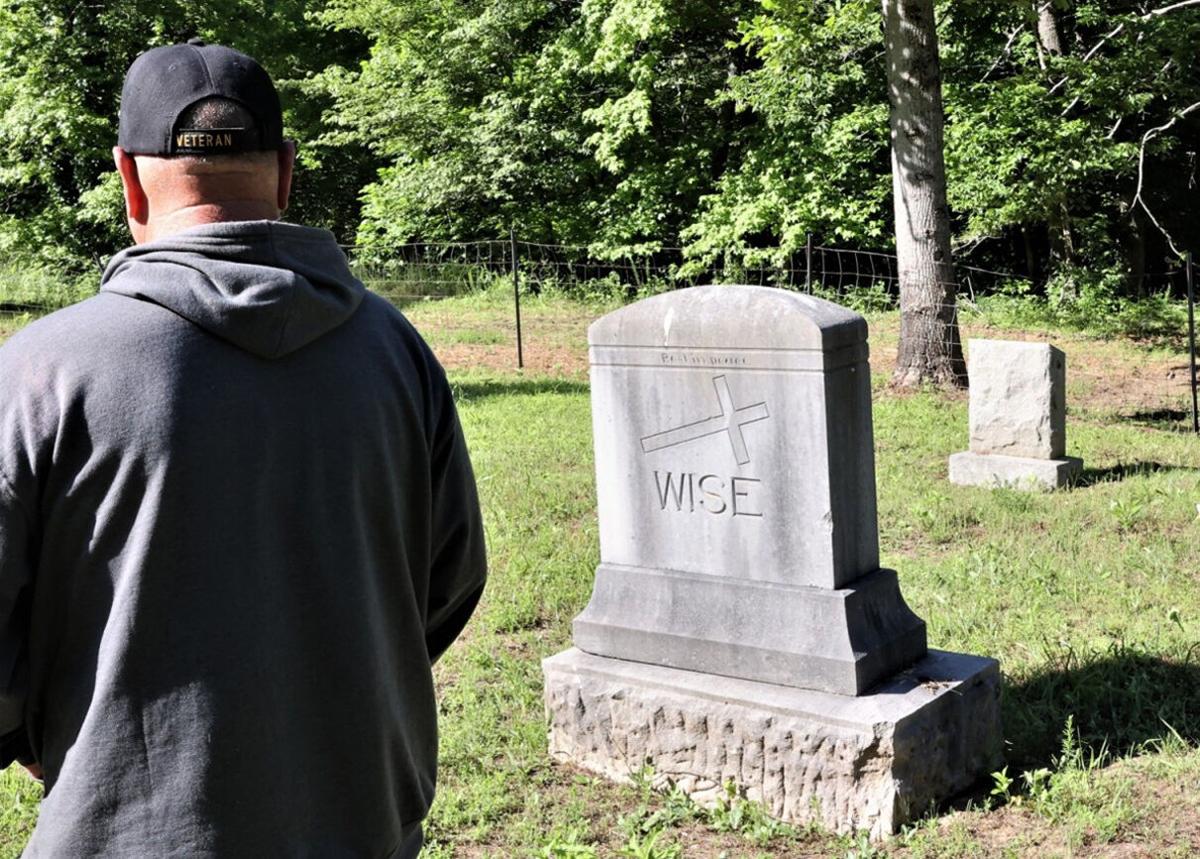 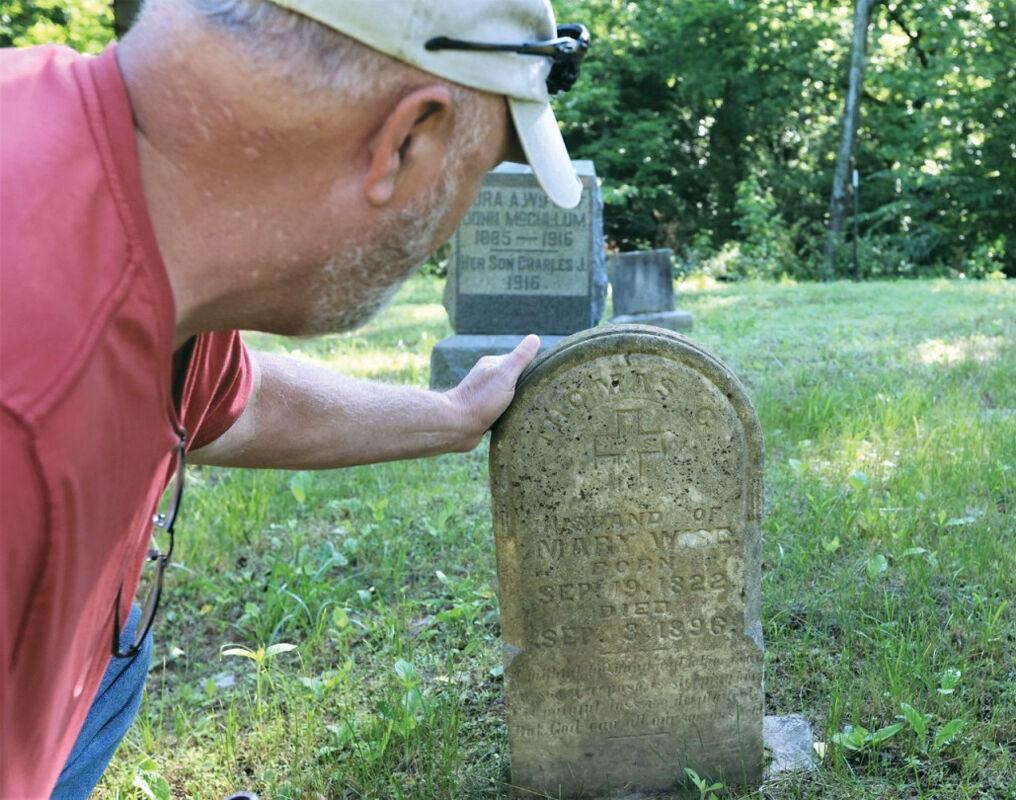 John Wise points out his great-grandfather’s headstone. Thomas Greenberry Wise was born in 1822 and died in 1896.

Wise brothers Lon, John and Michael visit Pitts Point Cemetery at Fort Knox on Memorial Day for the first time since their father brought them 51 years ago. Joined by brother, Pat, the men have 17 family members buried at the site.

John Wise points out his great-grandfather’s headstone. Thomas Greenberry Wise was born in 1822 and died in 1896.

It was a Memorial Day the last time the Wise boys visited Pitts Point Cemetery on Fort Knox with their father where many of their family members are laid to rest. This week’s return came more than five decades later.

“We were back here 51 years ago with our dad,” Vietnam veteran Lon Wise said.

He was 22 at the time, and youngest brother, Michael, was just 13. They grew up in Lebanon Junction, a few miles down the road from the cemetery.

John Wise traveled from New Mexico for the experience. He said he also came last year in hopes of visiting the site on the 50-year anniversary of when he and he brothers were last there with their father, however, COVID-19 stood in the way.

After discovering the back entrance to the cemeteries were closed last year because of the pandemic, John said he was determined to make this year’s brotherly reunion happen.

The many Wises buried at Pitts Point represent only a fraction of the brothers’ extended family laid to rest on the installation.

“We have 17 relatives back here,” John said. “Our grandfather’s name is John Alonzo Wise, and our great-grandfather is Thomas Greenberry Wise. His wife Mary’s grandfather, James, is buried over in Fort Knox cemetery No. 36, in Hargan Cemetery.

The brothers’ niece, Cecilia, who also joined them Monday at the cemetery, referred to her uncles as “the five Wise-men.” Only four were able to attend the Memorial Day gathering because of the eldest needing knee surgery.

John said even though his one brother and five sisters weren’t able to be there, he felt the strong presence of family all around him.

“It feels eerie,” he said. “My ancestors were out here earning a living two centuries ago.”

While he, Lon and Michael all had walked the grounds together in the 1970s, it was the first time brother Pat had ever stepped foot in Pitts Point. All four shared the same sentiment about this year’s extraordinary experience.

The Wises took their time studying each grave site, noting the individual family members. As the men quietly took in the reverence of being surrounded by their heritage, John pointed out their great-grandmother’s headstone.

With the family all gathered around her grave, Cecilia’s voice echoed through the trees: “Thank you, Mammaw.”

What a great touching story for the family to remember for years to come. ♥️