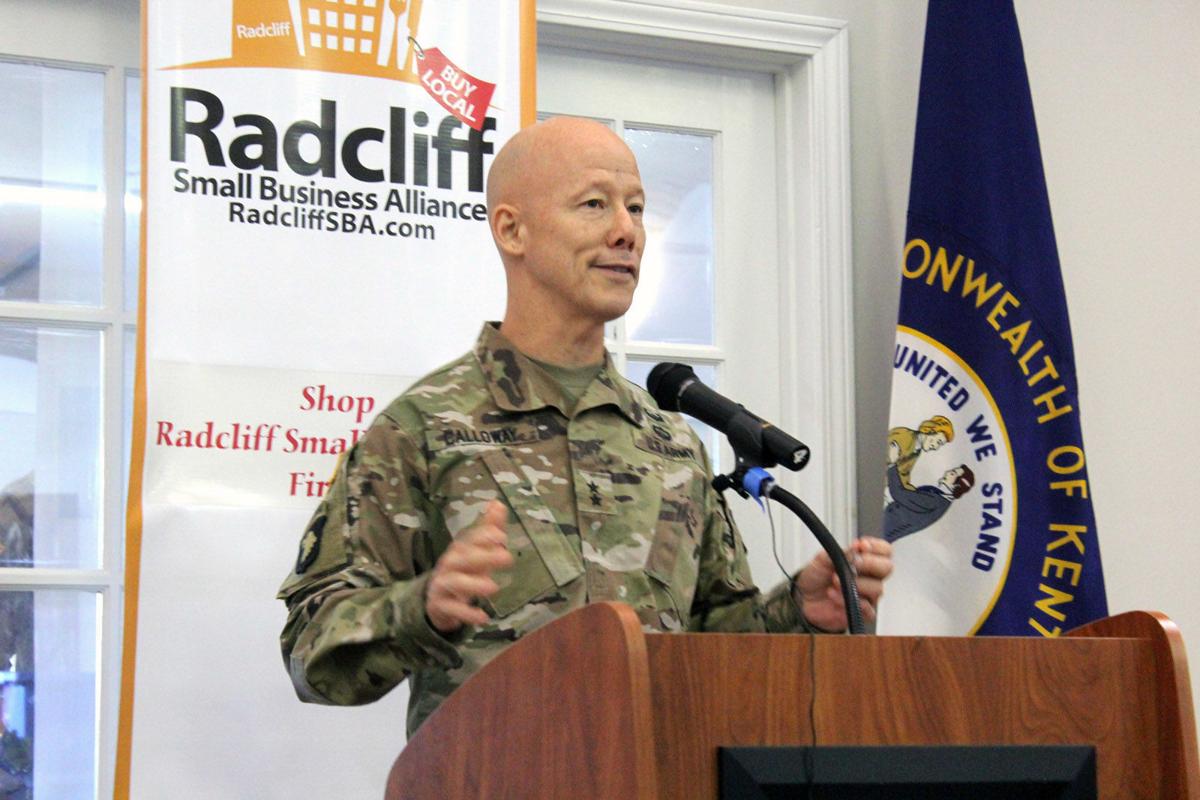 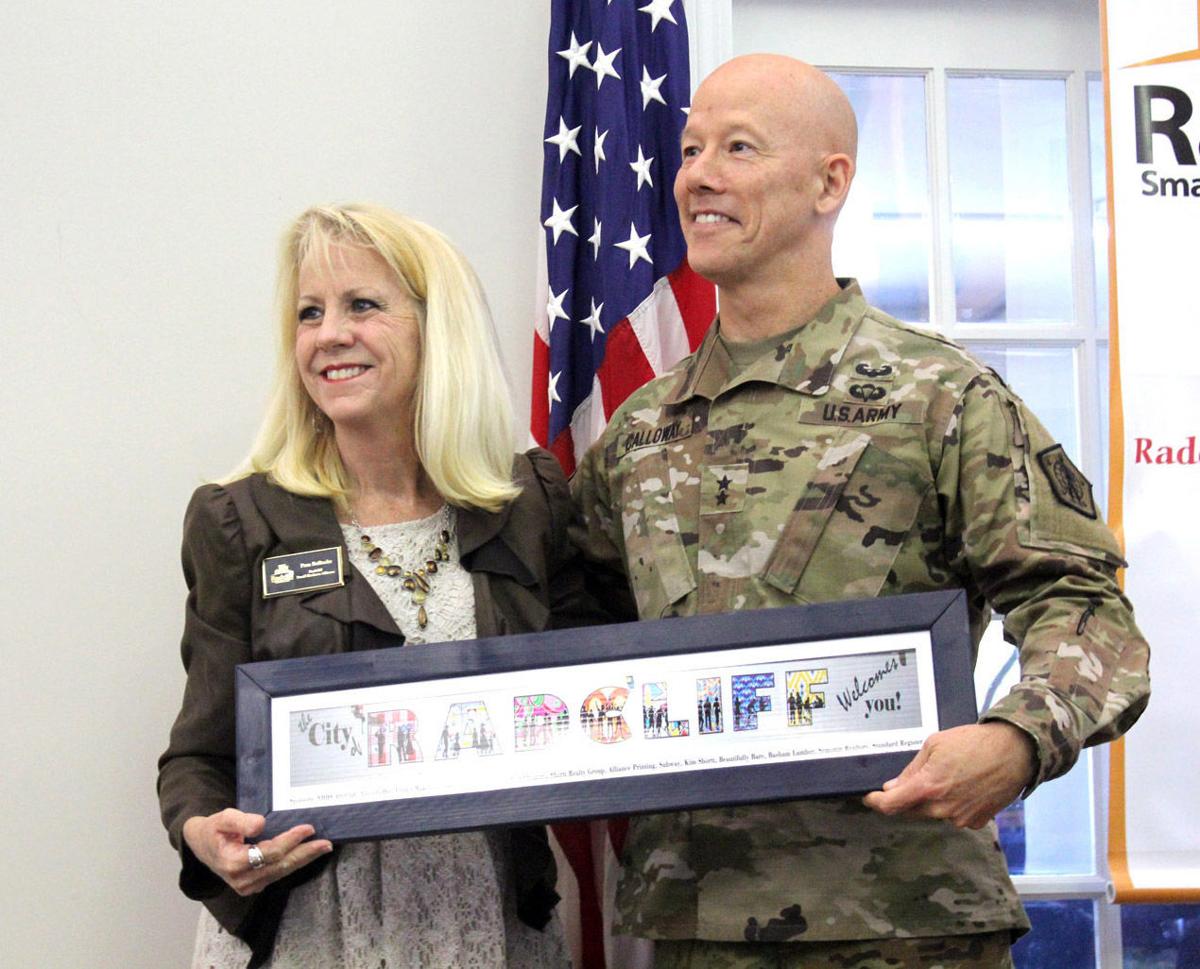 Being a good leader comes down to a couple basic tenants, according to Maj. Gen. Joseph R. Call­oway, commanding general of U.S. Army Hu­man Resources Comm­and.

Whether the business or organization has two employees or 202, or about 3,500 like Human Resources Command, he told those in attendance at Tuesday’s Radcliff Small Business Alliance luncheon it comes down to the same principles of leadership.

“Do you trust your employees? Are you loyal? Do you genuinely care about them? Do you treat them with dignity and respect?” Calloway said.

Calloway called those qualities of leadership “BFOs” or blinding flashes of the obvious and encouraged attendees to think about those principles.

He said HRC is a big organization, “but just like you we have the same challenges you do as small-business owners.”

Human Resource Command, located on the installation, is a worldwide command, responsible for human resource functions for every soldier, from basic training through military retirement.

Calloway said his current assignment at Fort Knox was move No. 17 over his career. Through all those moves, and having probably been to every installation, he said there only is one other, Fort Campbell, that has the same type of relationship Fort Knox has with its community.

“That special relationship, for those of you who haven’t been around, that relationship doesn’t exist any other place in the Army. That really is a credit to you guys,” he said. “I want to thank you for your support to the Fort Knox community and to the soldiers and the families that have spent their lives serving the country.”