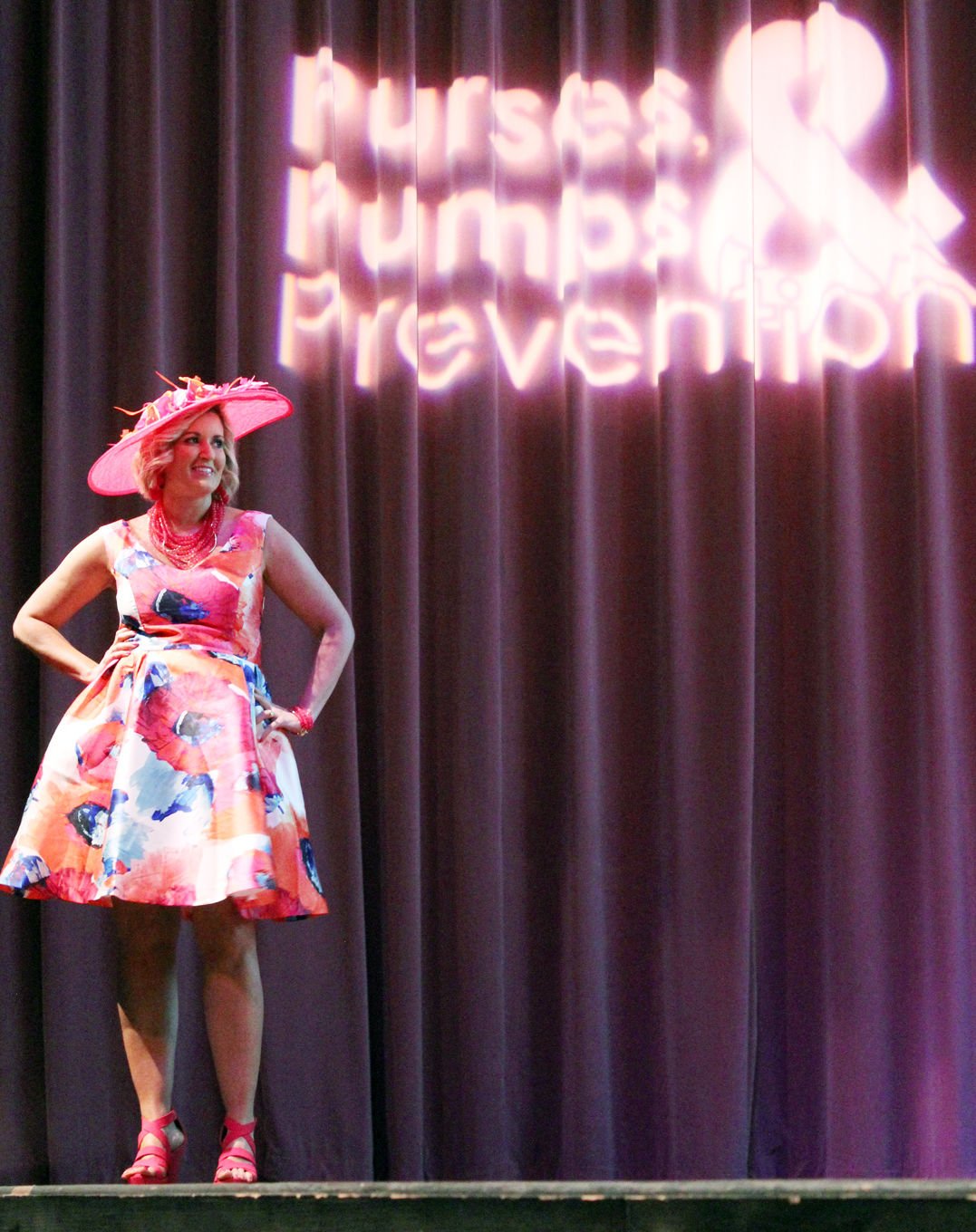 Olivia Rippy models for That Cute Little Shop during a fashion show for the third annual Purses, Pumps and Prevention social event Thursday night at the Historic State Theater in Elizabethtown. 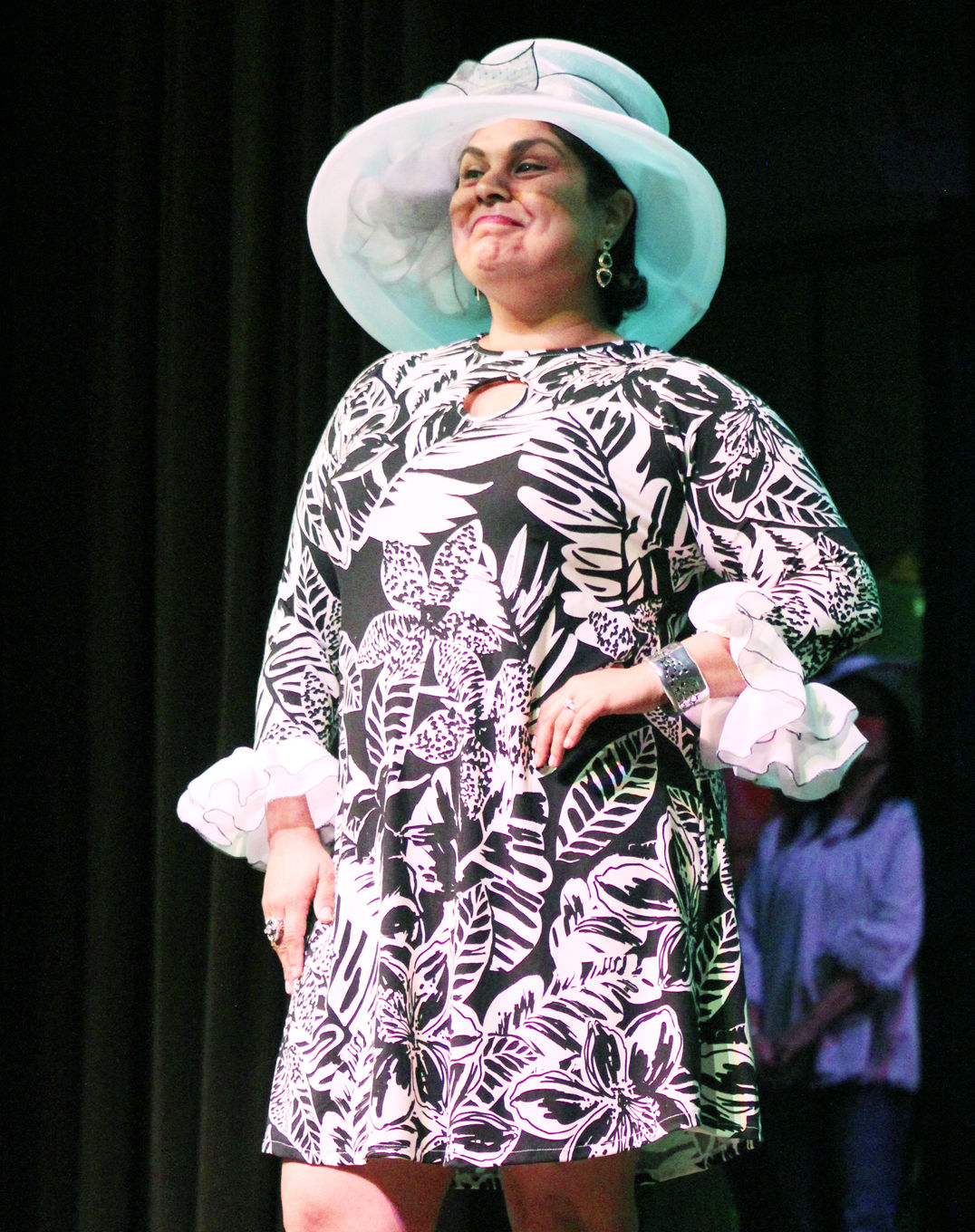 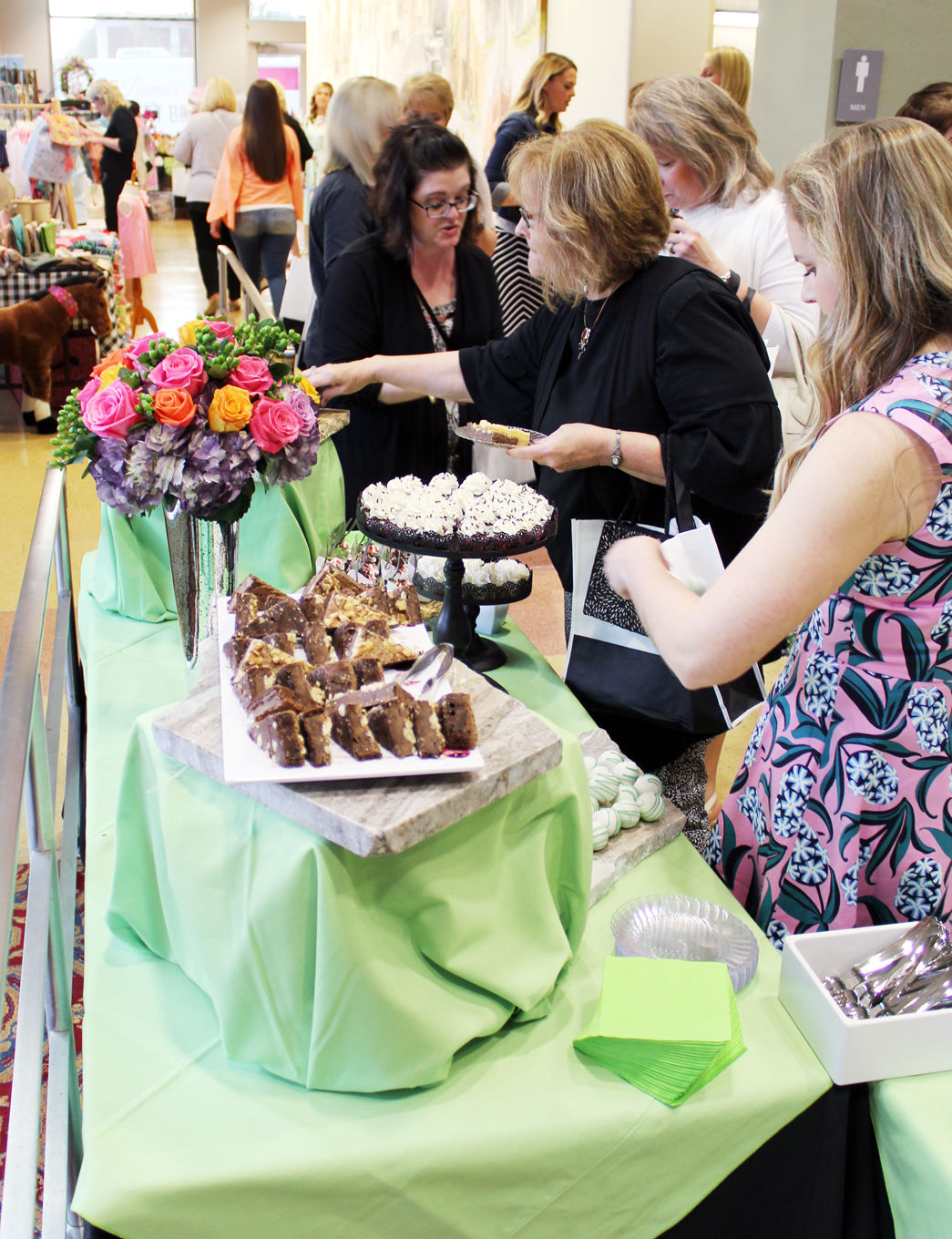 Olivia Rippy models for That Cute Little Shop during a fashion show for the third annual Purses, Pumps and Prevention social event Thursday night at the Historic State Theater in Elizabethtown.

Donning a black and white polka dot dress, purple hat and pearls, Tabi Smith was all smiles as she modeled on stage Thursday night inside the Historic State Theater in Eliza­bethtown for the Purses, Pumps and Prevention fashion show.

Smith was diagnosed in October 2016 with triple negative breast cancer. It resulted in her having 16 rounds of chemotherapy and 41 radiation treatments, a double mastectomy and a complete hysterectomy. She now is in the beginning stages of planning reconstruction.

Smith said she could not have asked for better care than what she received through Hardin Memorial Health’s Cancer Care Center.

“I just can’t say enough good things about Hardin Memorial. They are very genuine. They really care about their patients,” she said.

For Smith, being a part of Purses, Pumps and Prevention is one way she can return the favor to those who have and continue to help her through her cancer and recovery journey.

“It’s a small way for me to give back. It’s not huge,” she said. “I am not giving away thousands of dollars, but I’m helping spread the word about the cancer center and the resources in the community.”

Smith said she doesn’t want to waste her cancer, she wants it “to mean something.”

She was one of 11 models walking a run­way for the fashion show, which featured clothing and accessories from local boutiques.

Last year, money raised from the event was used to purchase Paxman cooling caps for HMH cancer patients. Officials still are finalizing how much the event raised.

This year, HMH Chief Mar­keting and Development Officer Tracee Troutt told those in attendance the money raised will go toward a cancer care resource center. The center would offer cancer patients or survivors and their families a one-stop source of information, support and enlightenment.

One of the champions for the cancer care resource center has been D. Dee Shaw, a breast cancer survivor. The location of the resource center is next to the HMH Cancer Care Center on Robinbrooke Boulevard in Elizabethtown. She said there previously was a small resource room inside the cancer center.

They already are set up in the building, but Shaw said there is much they hope to add.

“We’re going to make it a more inviting space,” she said, noting they want men and women to use it. “This is not a breast cancer room. This is going to be a cancer resource center. ... I really want this to be a facility that will cater to the men, too.”

Shaw said her experience with cancer is what led to her interest in the importance of making sure there is a resource center available for all cancer patients.