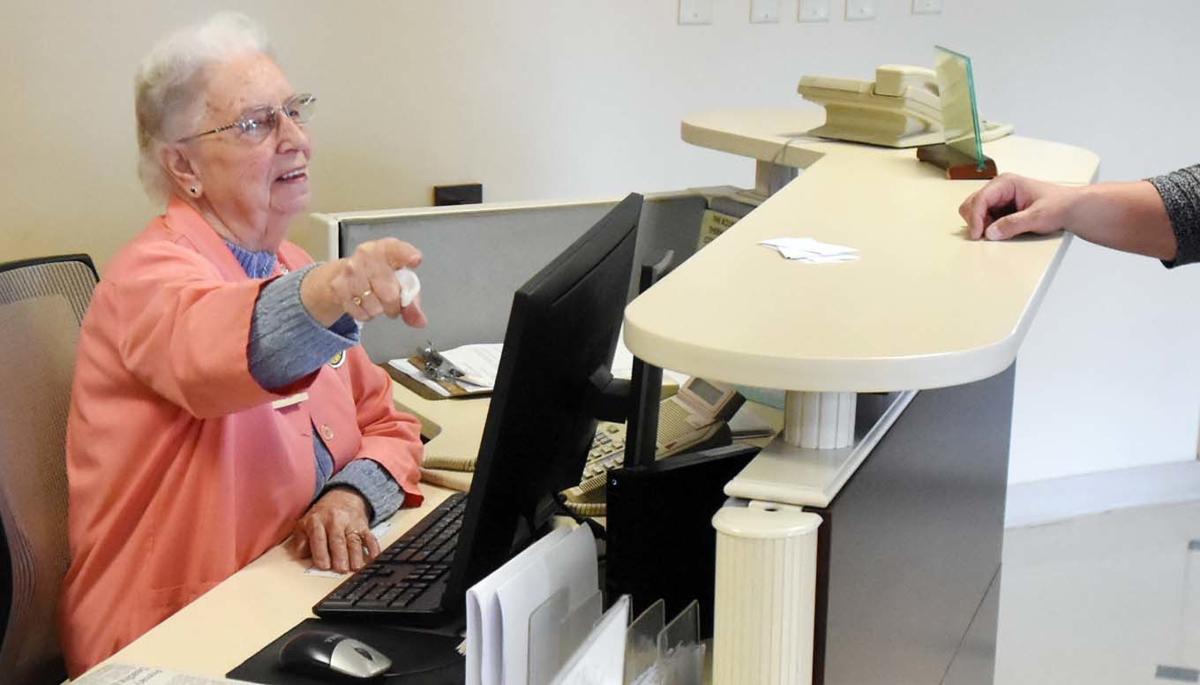 Hardin Memorial Hospital volunteer Margaret Carr, 90, helps a visitor Wednesday afternoon as she works at the information desk near the main entrance of the hospital. 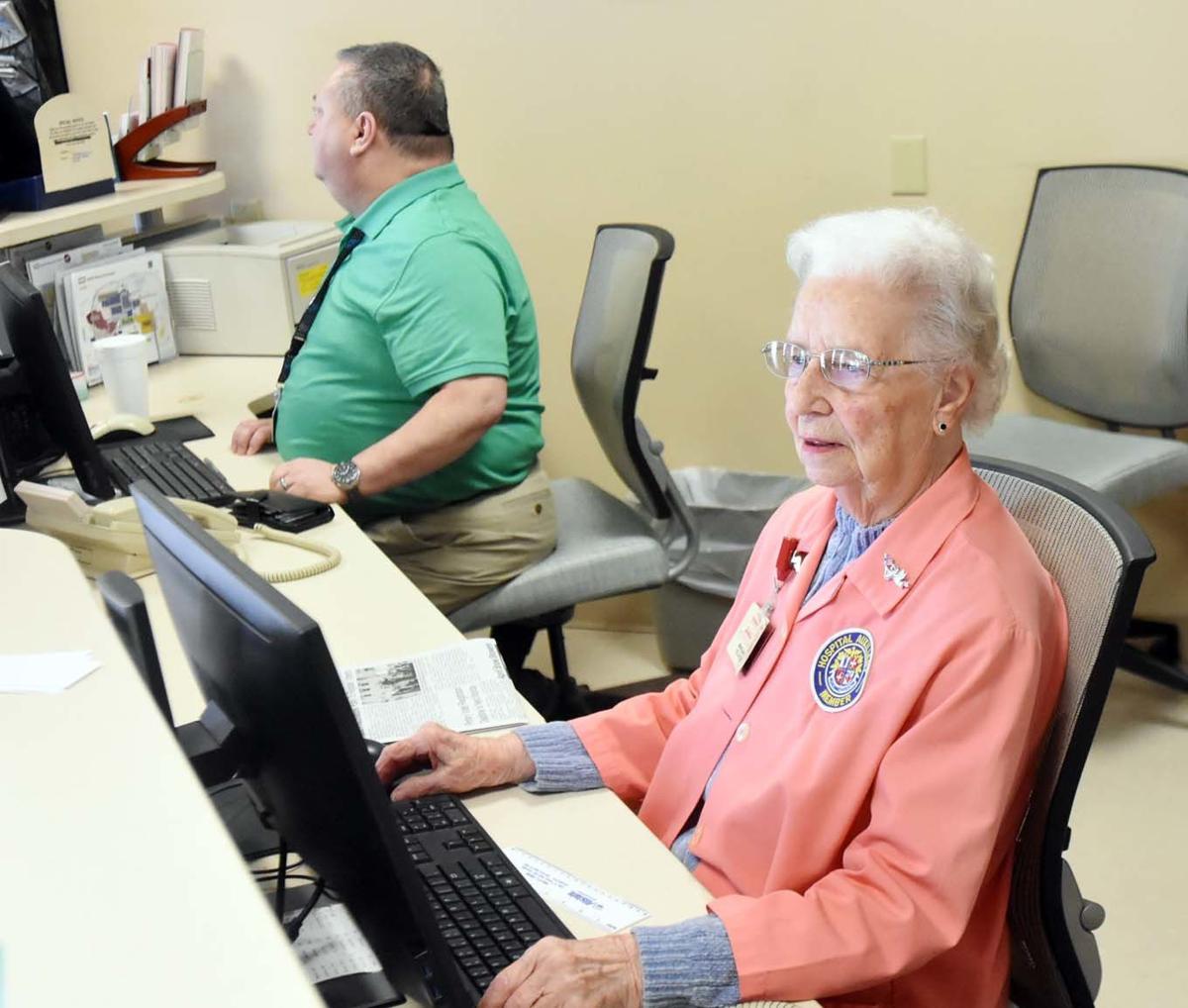 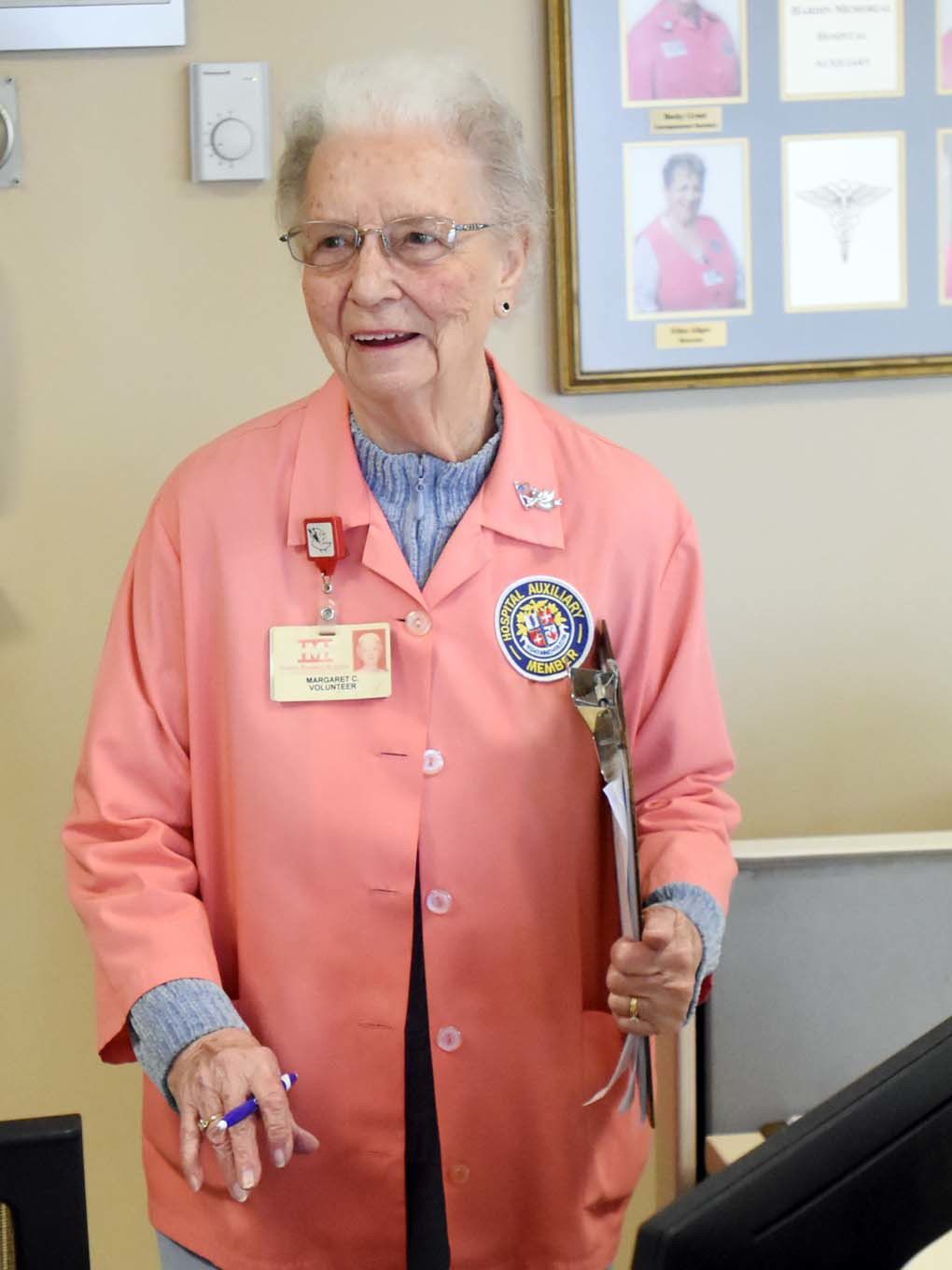 HMH volunteer Margaret Carr volunteers three days a week and has done so for the last 14 years. 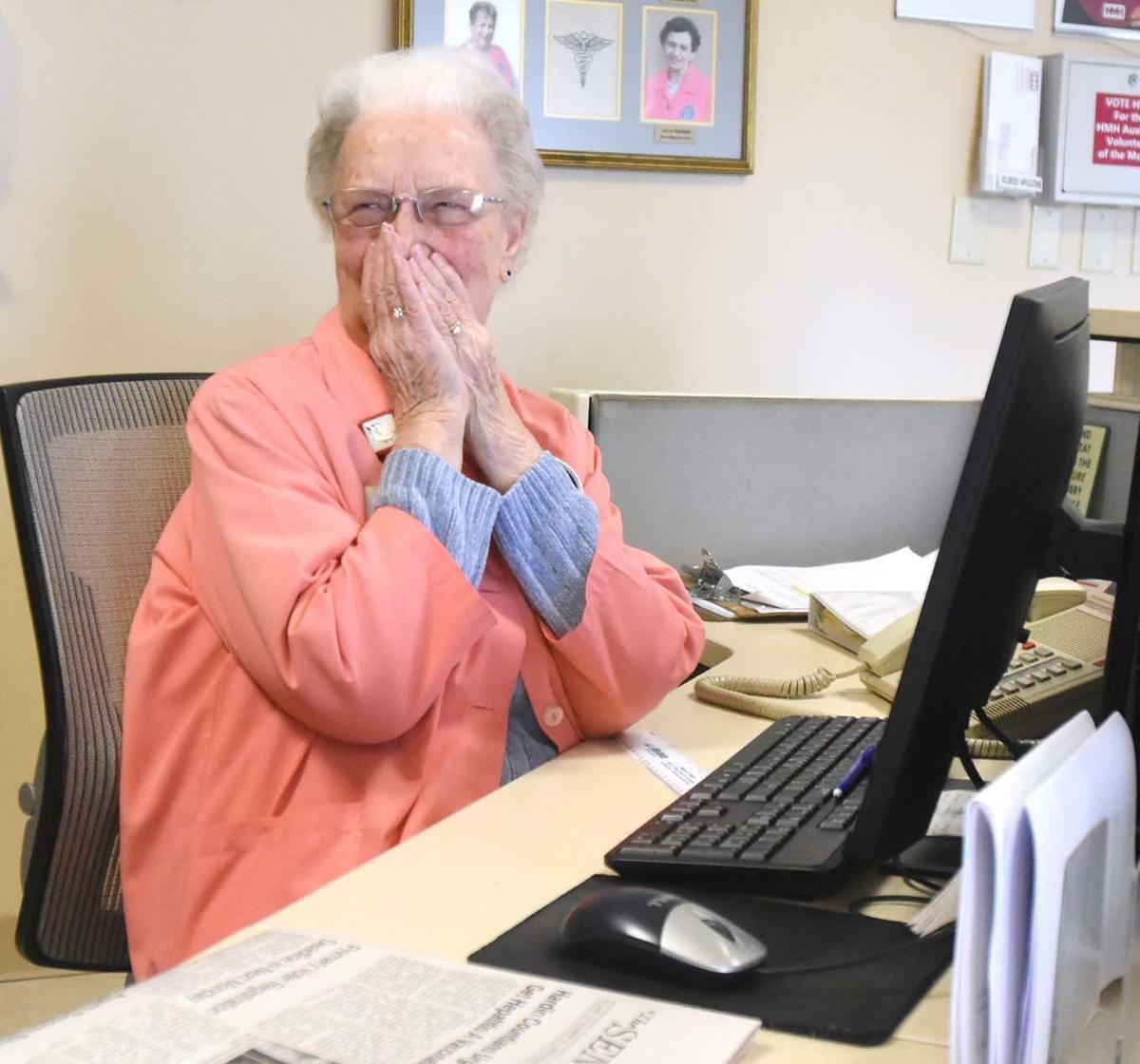 HMH volunteer Margaret Carr blushes as she listens to a story told by volunteer coordinator Kevin Hilton about his father and Carr when they were in school. 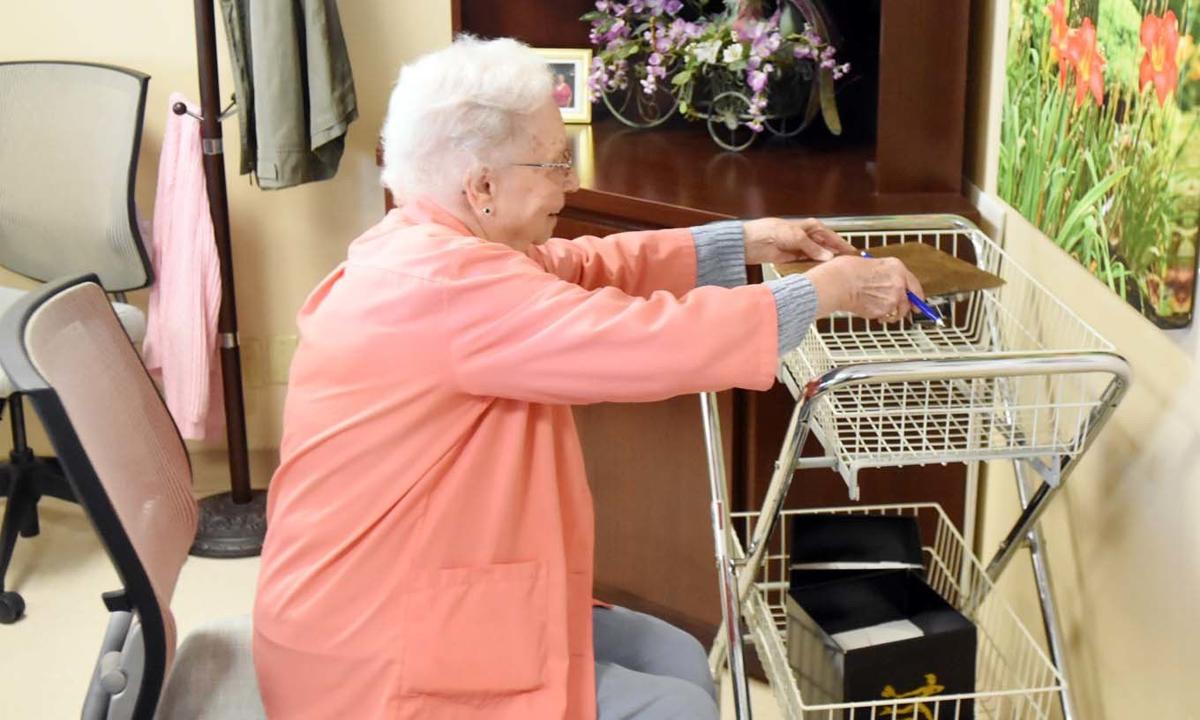 Hardin Memorial Hospital volunteer Margaret Carr, 90, helps a visitor Wednesday afternoon as she works at the information desk near the main entrance of the hospital.

HMH volunteer Margaret Carr volunteers three days a week and has done so for the last 14 years.

HMH volunteer Margaret Carr blushes as she listens to a story told by volunteer coordinator Kevin Hilton about his father and Carr when they were in school.

While visiting Hardin Memorial Hos­pital more than a decade ago, Mar­­garet Carr, 90, found a passion and extended family she wasn’t looking for.

Sitting at the reception desk next to the HMH Auxiliary Gift Shop, Carr’s smiling face is one of the first those coming to the hospital to visit friends or family see. It has been that way for 14 years, ever since she began volunteering with HMH Auxiliary.

Her volunteer career began when she ran into a woman from her church at the gift shop, Carr said. She said the woman told Kevin Hilton, director of volunteer services, “This lady needs a job.”

“I’ve been here ever since,” Carr said. “I had often thought when I came in here, it was nice what they were doing. I thought, ‘OK, I can do that.’ And I guess I did. I’m still here.”

Carr, who retired from The Ce­cil­ian Bank in 1998, said she enjoys “meeting the people, seeing the people (and) seeing what is going on.”

Hilton said volunteer hours vary depending on the area of work, but it normally is between four and six hours per shift. Carr volunteers about 20 hours over three days a week.

“Our volunteers have a very good work ethic. They don’t call in a lot,” Hilton said. “We try to work with them and put them in an area they find enjoyable.”

He said volunteers assist throughout the hospital in a variety of ways, such as working reception desks, performing clerical work or staffing the gift shop. There also are escort volunteers to help visitors find their way through the building.

Carr said she has transported patients and delivered flowers and mail, but what she mostly does is provide information for those coming to the hospital to visit, such as giving room numbers and directions.

“Volunteers serve across the entire system, including in our gift shop, at information desks, in same-day surgery, the HMH Cancer Care Center and in other important places,” said Dennis Johnson, HMH president and CEO. “We couldn’t do what we do without them.”

Hilton said HMH has about 140 auxiliary volunteers. Most are adults, but there are a few teens.

He said HMH is gearing up for its summer teen program. Teens interested can email Hilton at khilton@hmh.net or can call the hospital and ask for volunteer services.

HMH celebrates its volunteers in May, but this week is designated National Healthcare Volun­teer Week. The May banquet, Hilton said, is to recognize volunteers and present awards.

Pointing to a couple pins on her shirt — the same one she paid for 14 years ago — Carr said she has received so many pins of recognition that she can’t wear them all. She said it became a hassle to take them off every time she washes her one volunteer shirt.

Carr said she doesn’t plan on giving up volunteering anytime soon. She plans to keep at it as long as she is able.

“I read a lot, but I’d rather do this than read all the time,” she said, laughing, adding the auxiliary volunteers have become family.