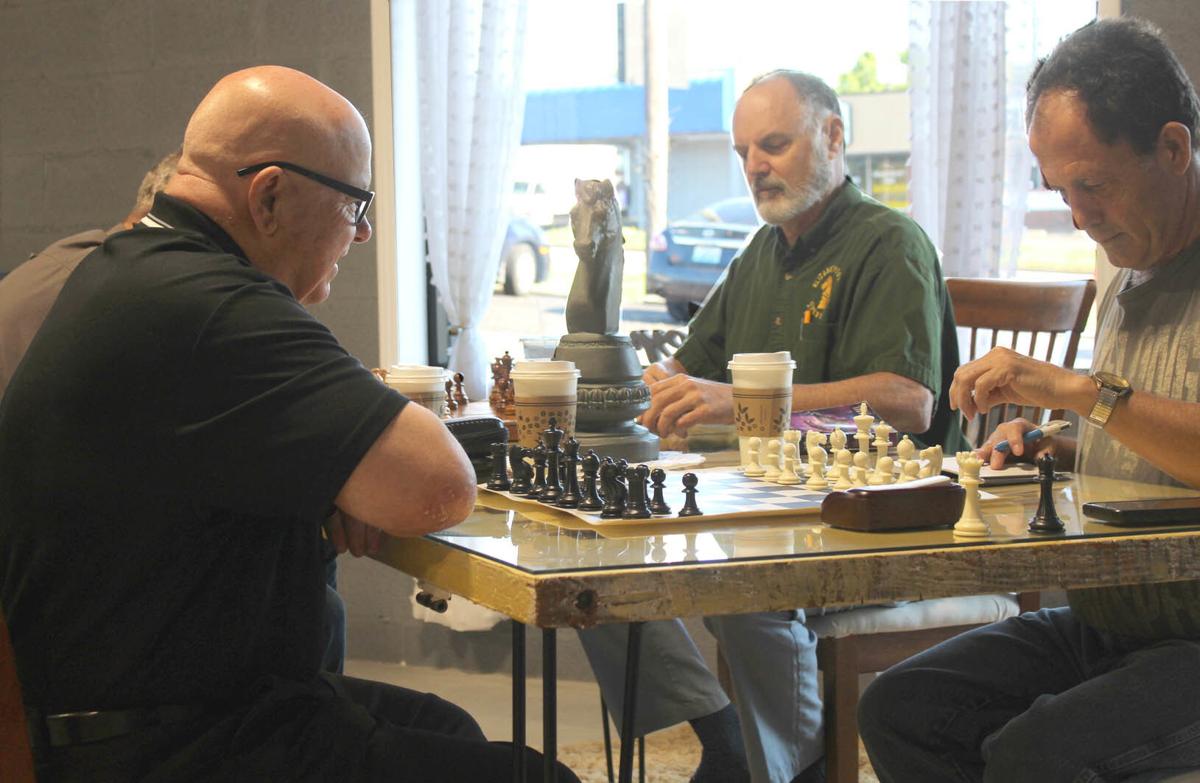 T.W. Shortt, left, plays a game of chess Saturday morning against Ricky Coulter while Joe Farrell, back right, plays against Kerry Fatula at The Gathering Bakery in Radcliff. 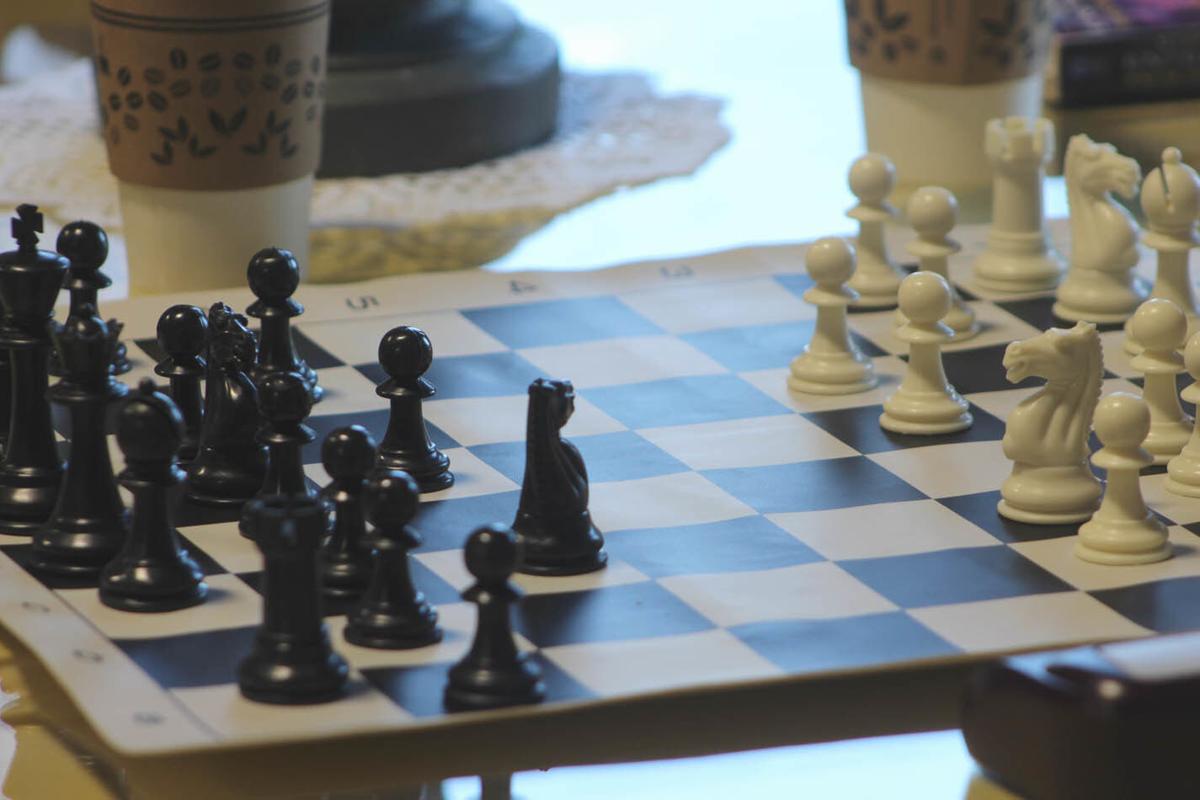 Chess games are hosted at 9 a.m. each Saturday at The Gathering Bakery and are open for all skill levels.

T.W. Shortt, left, plays a game of chess Saturday morning against Ricky Coulter while Joe Farrell, back right, plays against Kerry Fatula at The Gathering Bakery in Radcliff.

Chess games are hosted at 9 a.m. each Saturday at The Gathering Bakery and are open for all skill levels.

At The Gathering Bakery in Radcliff on Saturday, four area chess enthusiasts enjoyed a quiet morning of sipping coffee and strategically pondering their next moves.

Sitting at a table with two chess boards, two chess clocks and a small statue of a knight chess piece, the four men were taking part in a weekly tradition at the bakery.

Each Saturday at 9 a.m., chess players of all skill levels are invited to play at The Gathering Bakery.

Radcliff-based real estate agent T.W. Shortt was among the players in Saturday’s games. A chess enthusiast for more than 40 years, Shortt said he enjoys the challenge of facing off against fellow enthusiasts and improving from each game.

“It’s a great way to learn to think strategically,” Shortt said. “That’s the main thing about chess: It forces you into thinking of options and ideas.”

According to Shortt, the weekly games originated from an informal chess club that used to meet at the Carl M. Brashear Radcliff Veterans Center about four years ago. The games eventually moved to Shortt’s office in Radcliff.

When chess games moved to Shortt’s office, Stan Mullins of Elizabethtown, a former tournament player and local youth chess club and tournament organizer, began to stop by for games. In an effort to attract more players, Mullins later reached out to Deb Suratt, owner of The Gathering Bakery, last month about hosting chess games there.

Soon, Mullins donated the knight statue and a chess set to the bakery. Those who own their own chess set also are encouraged to bring it along during Saturday games, however, accommodations can be made for new players who are looking to learn the game.

Mullins said he currently is hoping to recruit area tournament players to the weekly games in hopes of hosting a tournament later this year.

However, Mullins said he also wants the weekly gatherings to be an opportunity for novice players to learn and develop their skills.

“We want a good mix of different levels of players,” he said. “That way there will be something for everybody.”

The Gathering Bakery is at 728 Knox Blvd. in Radcliff.