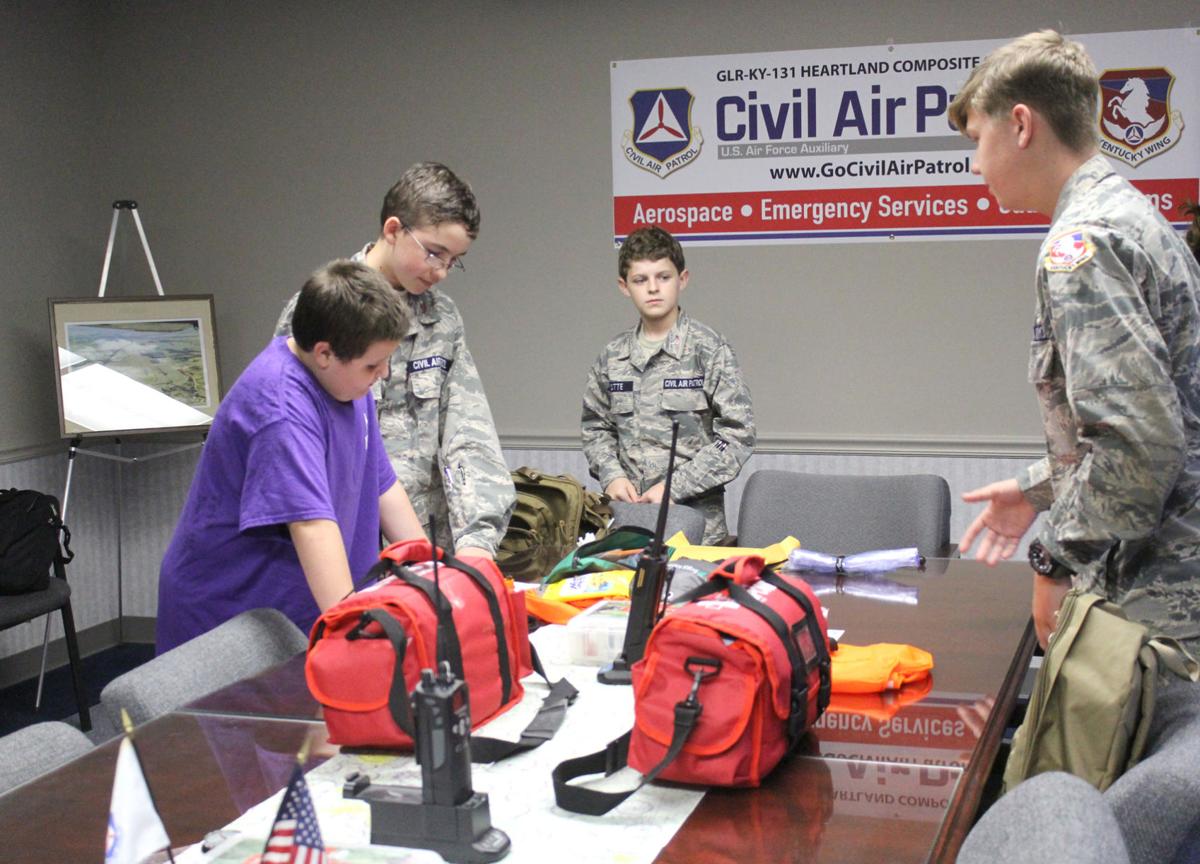 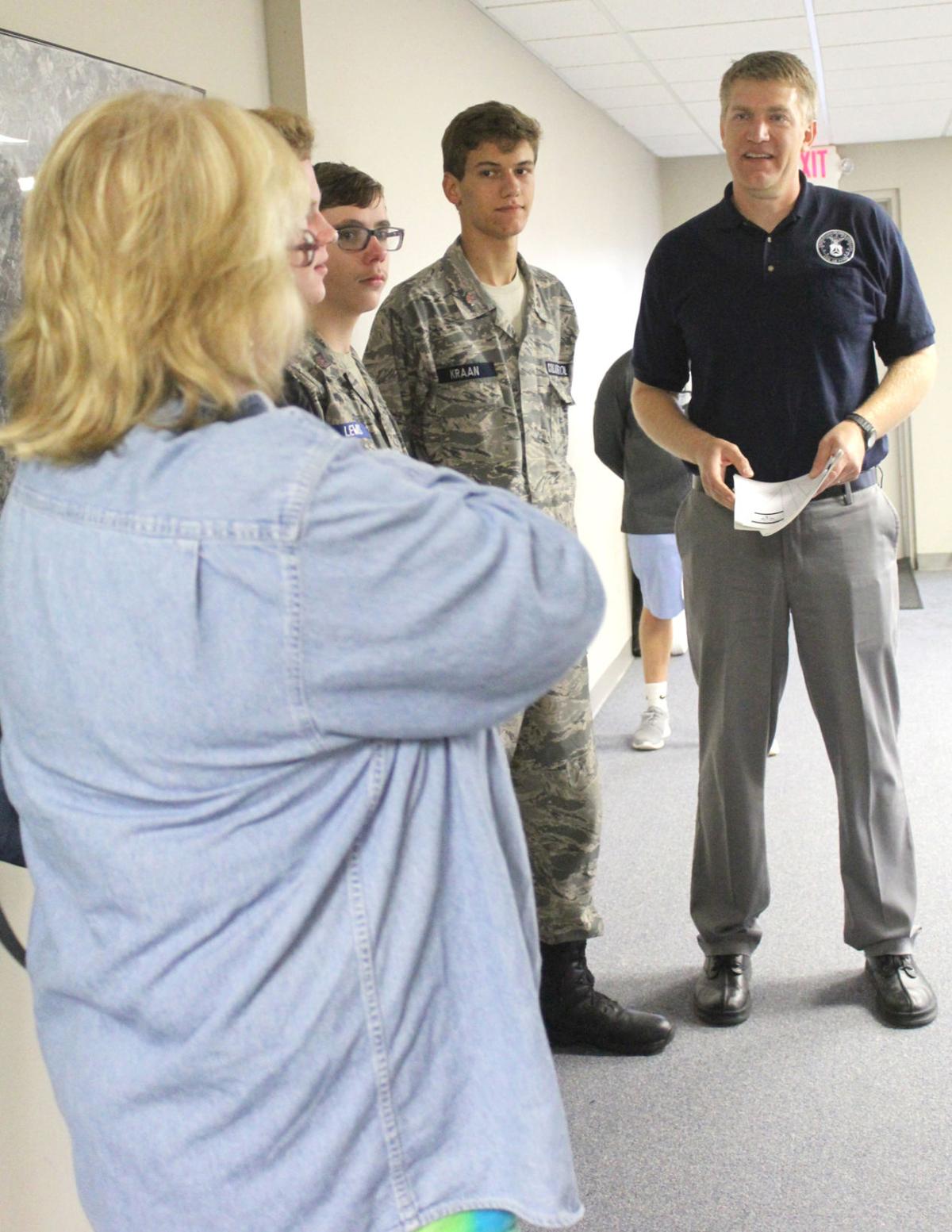 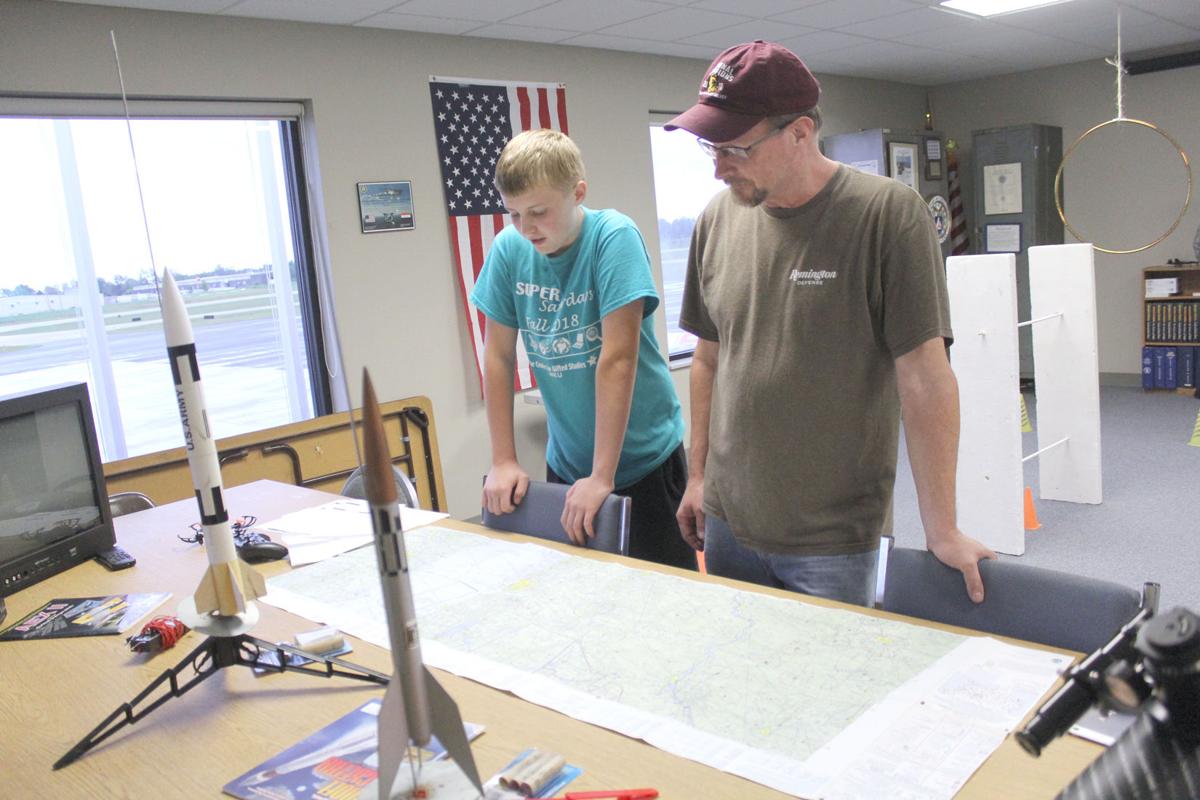 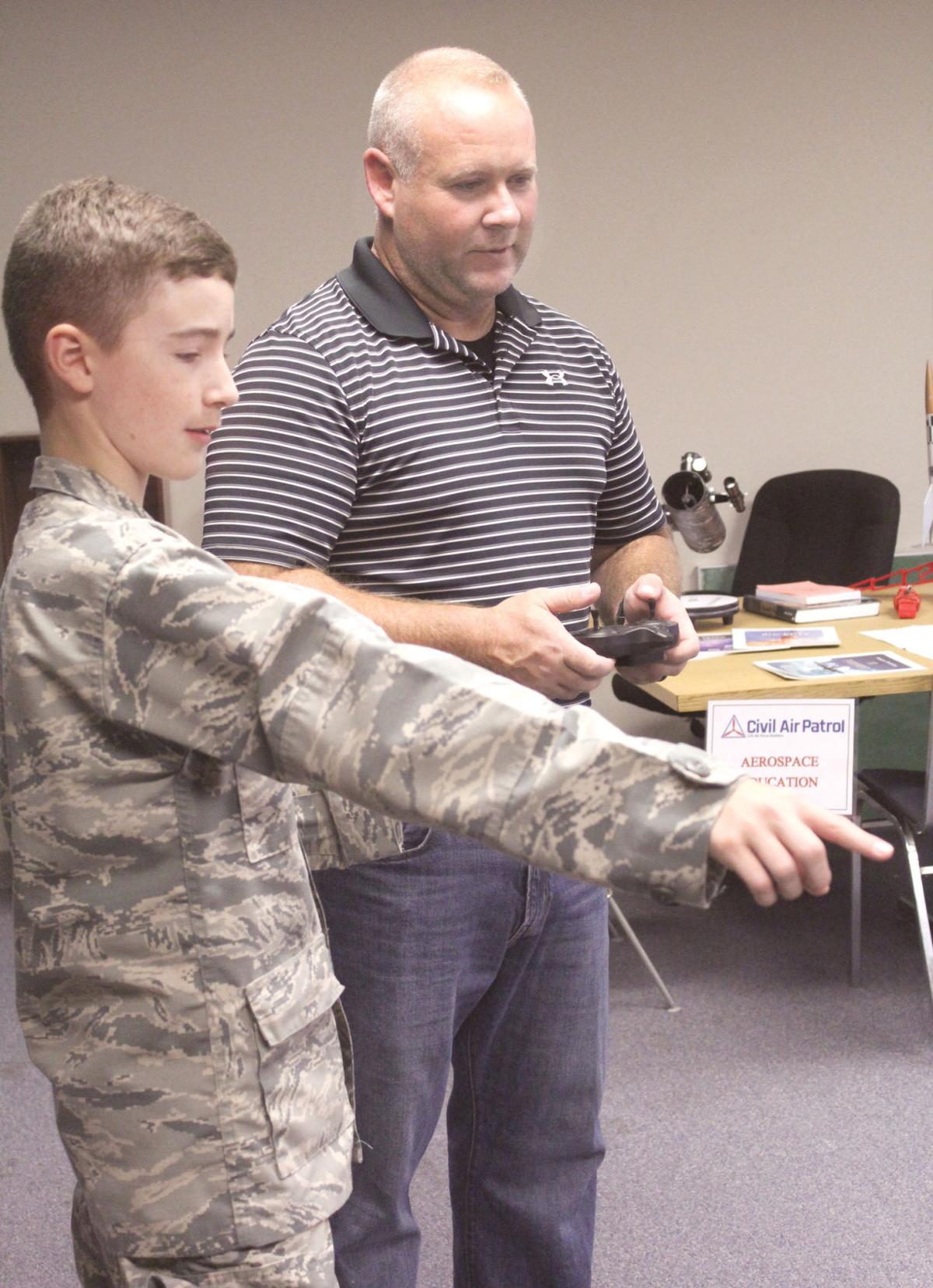 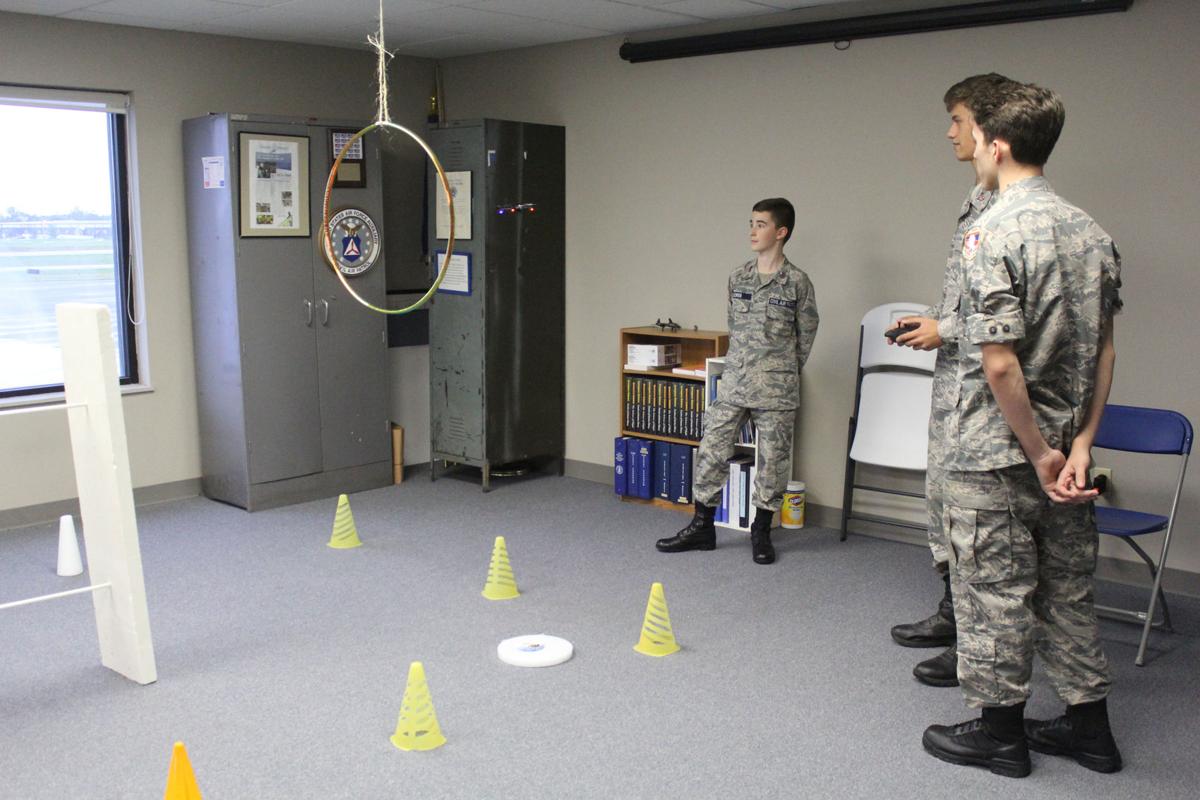 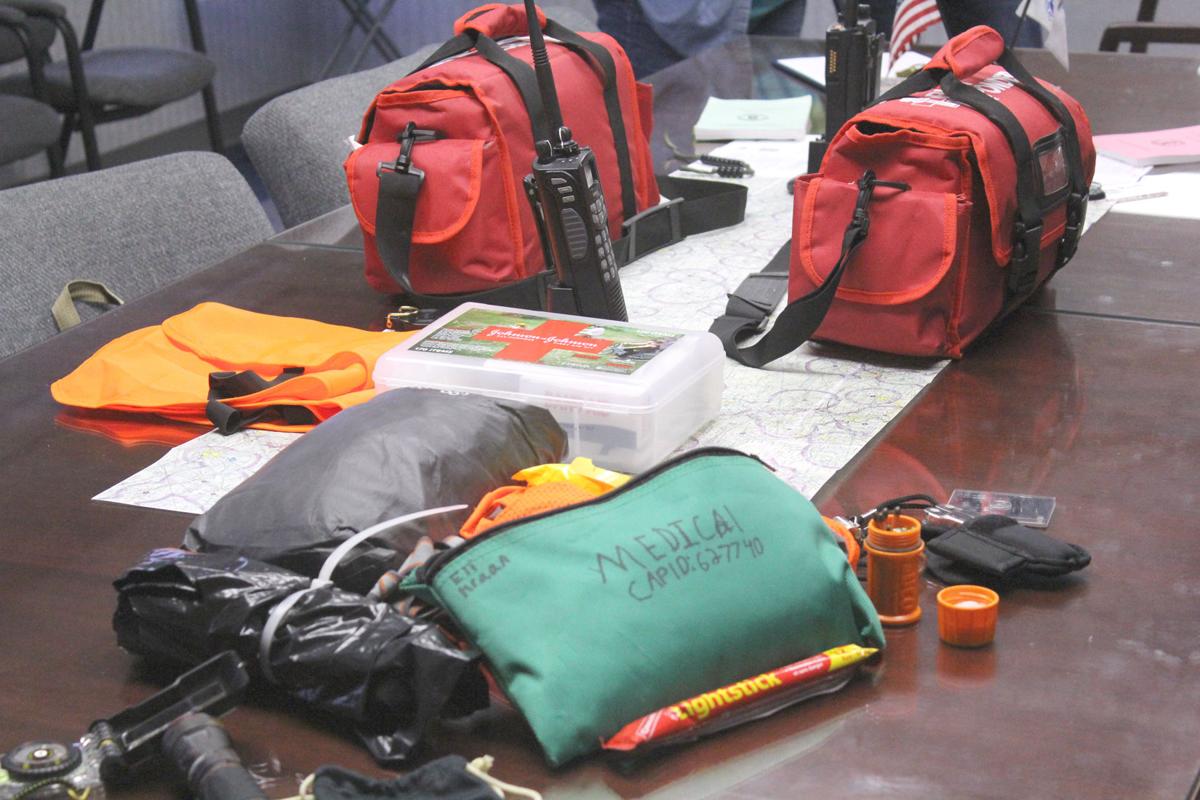 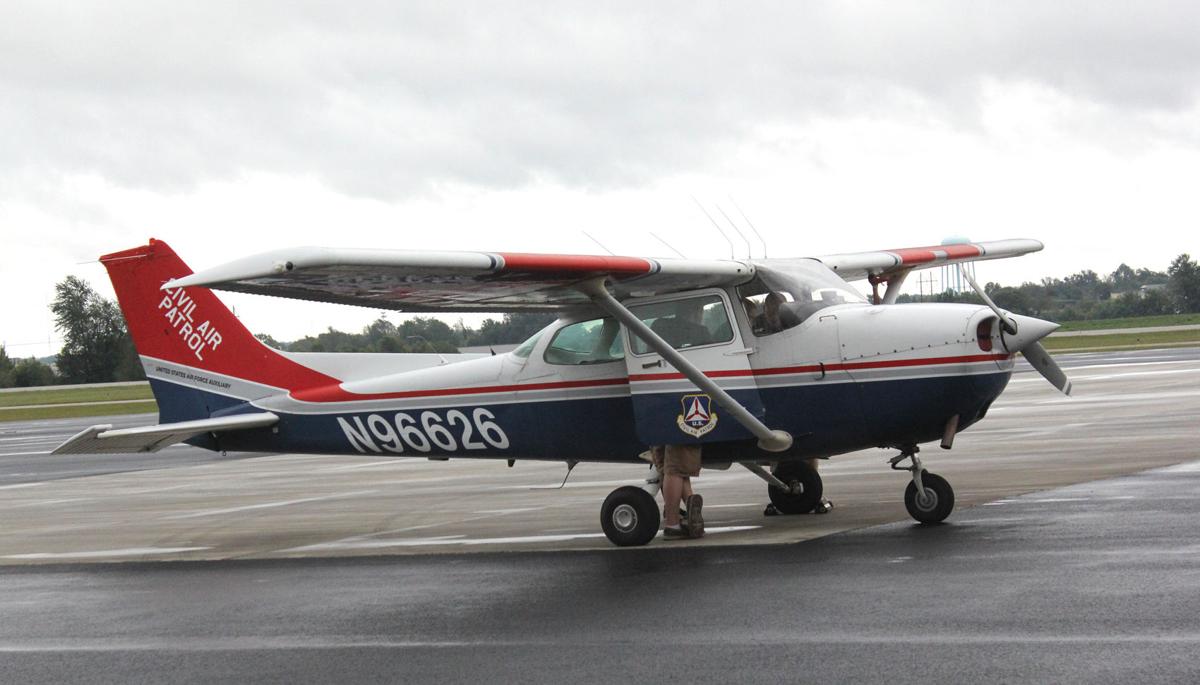 Civil Air Patrol Heartland Composite Squadron held an open house Monday at the Addington Field Elizabethtown Regional Airport. Those in attendance were given the opportunity to check out a Civil Air Patrol aircraft. 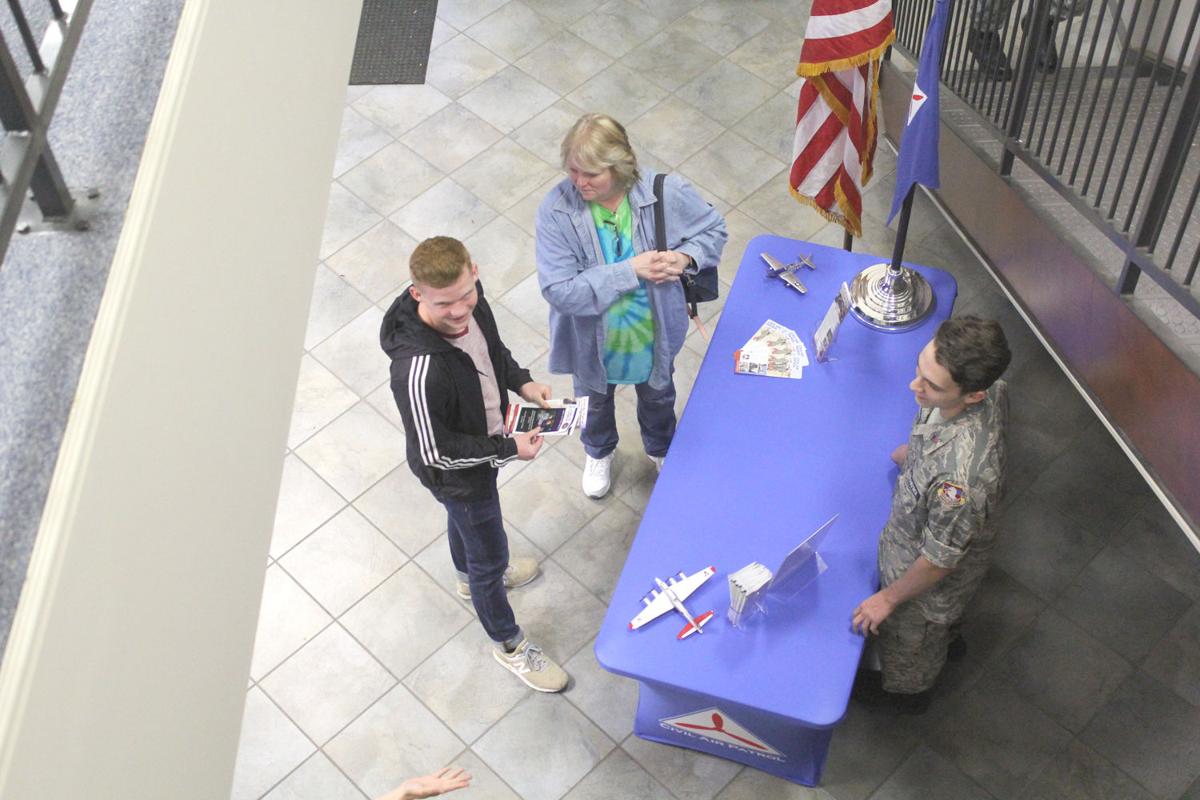 Civil Air Patrol Heartland Composite Squadron held an open house Monday at the Addington Field Elizabethtown Regional Airport. Those in attendance were given the opportunity to check out a Civil Air Patrol aircraft.

Joshua Henderson and Nolan Ayotte, both 12, have plans of some­day joining the military.

To help prepare, they’ve joined the Civil Air Patrol Heartland Com­p­osite Squadron. The patrol is an auxiliary of the U.S. Air Force.

“This is the closest you can get to it,” Henderson said Monday night during an open house at Addington Field Elizabethtown Regional Airport.

“If you are looking to join the military when you are old then this is definitely the place to go,” Ayotte said.

Tiffany Boren, senior member and public affairs officer, said the Heartland Composite Squadron is part of the nationwide organization that engages in emergency services, search and rescue, aerospace and STEM education as well as developing young people, cadets ranging from 12 to 18 years of age, into responsible citizens to become tomorrow’s leaders in the community and nation.

“It’s not just a club. It serves a real world mission, which is great for kids that are military minded, community minded, service minded,” she said. “It really does cover a lot of bases. These are our future leaders. If we are investing in our youth in these types of programs then it can only benefit them.”

Those who attended Monday’s open house were introduced to cadets, heard a little about aerospace and aviation and had the opportunity to fly an indoor quad copter.

Civil Air Patrol also had one of its airplanes on display for touring.

Brian Hardesty was among those who flew the indoor quad copter. He was there with his son to check out the organization.

“I think I might do it because I have a bunch of friends here,” he said.

Boren said they like for potential members to attend at least three meetings before joining, allowing them plenty of time to get a feel for what the club does. Anyone interested is welcome to attend any of the club’s weekly meetings.

Boren said they meet from 6:30 to 8:30 p.m. every Monday at the airport. She said each meeting is a little different and geared toward strengthening youth in leadership roles as well as aerospace education and giving them opportunities to build character.

“It is a volunteer organization but an opportunity for kids to learn leadership skills, develop character and develop how to be a good follower as well,” she said. “… It builds their resume. It adds to the dynamic of who they are as an individual.”