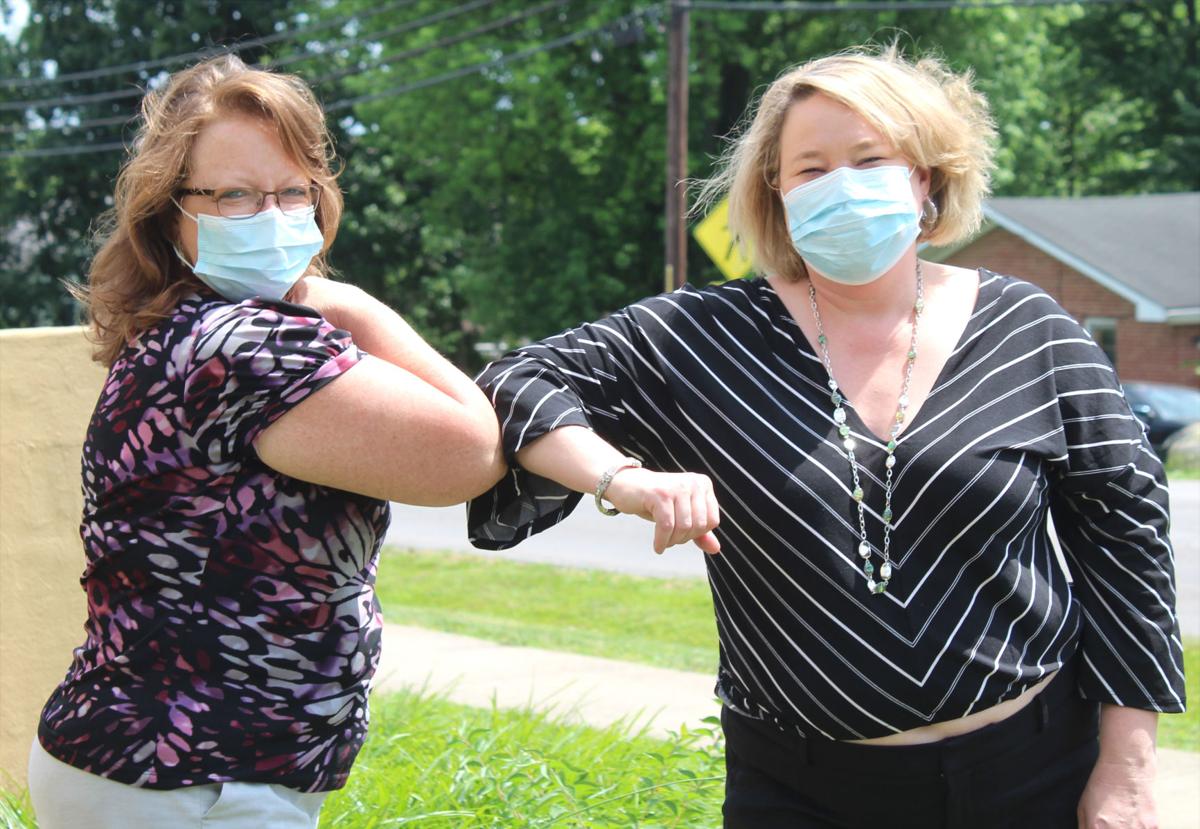 Allen is being succeeded by Venus Cornette, pictured right. 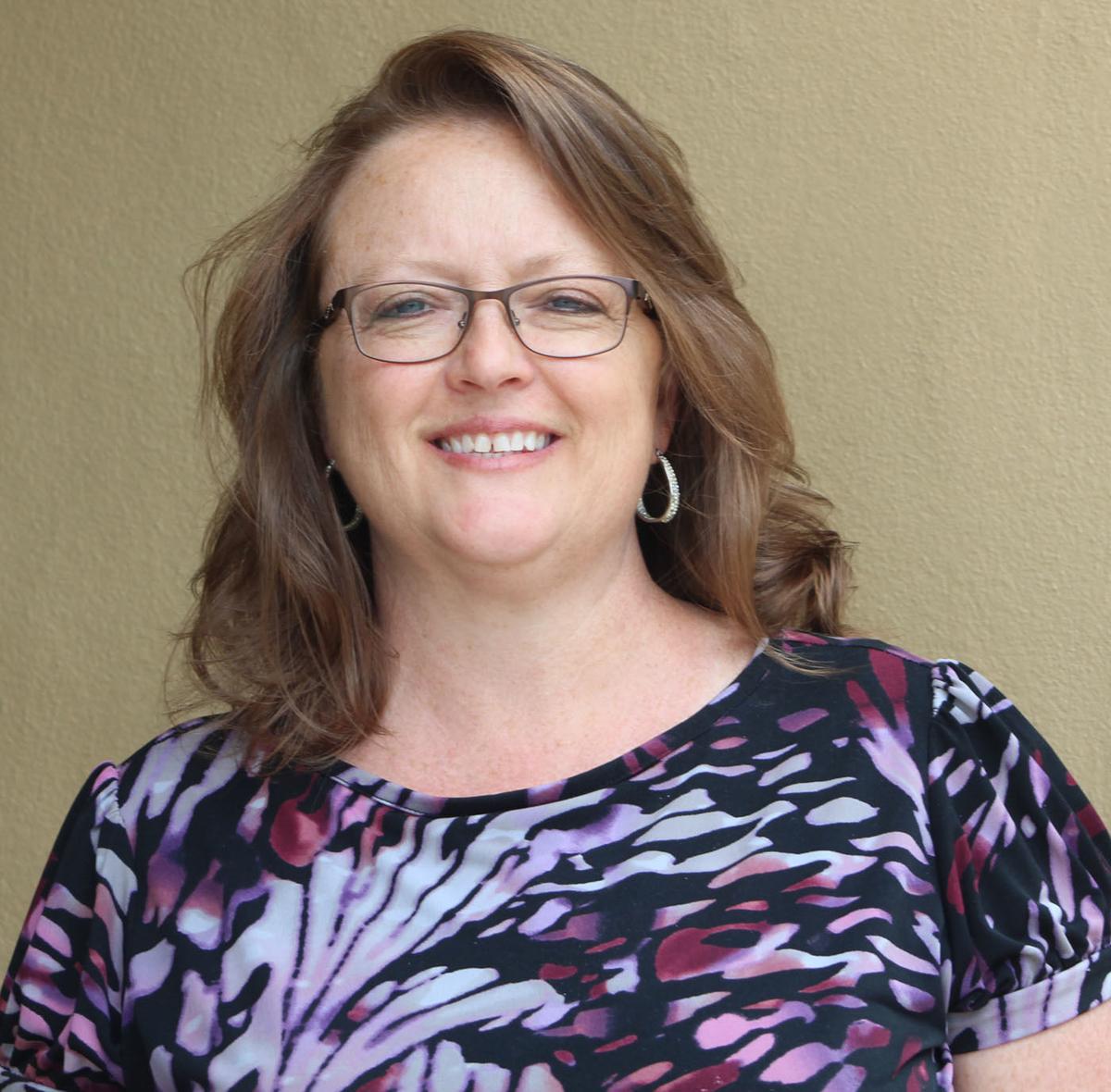 After over eight years at the helm, Rebecca Farris Allen is stepping down from her position as executive director at the Community Health Clinic in Elizabethtown.

After more than eight years of service, Rebecca Farris Allen is stepping down from her position as executive director for the Community Health Clinic in Elizabethtown.

“One of my most proud­est accomplishment is the fact we are still standing, still operating and still serving hundreds of people every year making a tremendous difference in their lives,” Allen said of her tenure.

The clinic receives grant money from organizations such United Way of Central Kentucky and receives donations from its main annual fundraiser, A Healthier Heartland.

Allen began her position at the clinic in 2011. While working as a chief nursing officer in a small, critical access hospital in Southern Kentucky, she saw the job posting advertisement and was intrigued. A native of Elizabethtown, Allen previously worked in several capacities at Hardin Memorial Hospital, including in the hospital’s emergency room for 14 years.

“This ad certainly piqued my interest, to say the least,” Allen said. “I have a servant’s heart and a passion for helping people.”

Upon being interviewed for the position, Allen said she was greatly impressed by the clinic’s mission. She said the clinic performs an important function in serving those who cannot afford insurance because they “make too much money” to qualify for assistance. She said those served by the clinic often are single parents who work one or two jobs to provide health care for their children, but cannot afford their own insurance.

“The clinic truly serves the working poor,” Allen said, “This overwhelmingly appealed to me and my heart. I felt a compelling desire to be part of this local mission and do all that I could to further its efforts and impact.”

Allen has overseen many changes to the clinic throughout her tenure. She said originally, the Community Health Clinic was the only free clinic in the state to receive state money. However, these funds gradually decreased each year with changes in the state budget and when the Affordable Care Act was passed and Kentucky Medicaid expansion was implemented, the clinic lost all state money.

With this change came a much stronger reliance on grant money and donations. Also, it meant an expansion in services as staff began offering Medicaid, Medicare and Medicare Part D enrollment services.

“We became strong advocates for many – not that we weren’t before – but we were developing and sharpening those skills to perform services we had never yet performed,” Allen said.

Also during this time, the clinic began opening up services to the under-insured, including low-income seniors on Medicare. Allen said before the Medicaid expansion and the Affordable Care Act, the clinic only served those up to 185 percent of the Federal Poverty Level. The clinic now serves those who are at up to 300 percent.

“We found seniors rationing medications, taking half doses and stretching their medications to last them instead of three months, to six months because they could not afford to purchase the actual amount that they needed or to go to the doctor to get the refills,” Allen said.

Another major change Allen oversaw was the clinic’s facility transition in 2018. Previously located on East Memorial Drive in Elizabethtown, the facility moved to 1113 Woodland Drive. With this change in venue came many benefits, including more exam rooms, a pharmaceutical lab, a larger waiting area, conference space and new equipment.

The facility was made available through Hardin Memorial Health, leasing the building for $1 a year as a gesture of support. Allen said community organizations such as Nolin RECC helped in this transition.

“Move-in day was one of the most exciting days I have had at the clinic,” Allen said, “The way the public came together to move this clinic was unbelievable.”

Amid COVID-19, a new set of challenges have been presented to the clinic, Allen said. To adjust, the clinic emphasized telehealth services for patients who didn’t need to meet face-to-face, changed the way in which in-person visits were conducted, modified building access for visitors and modified the way in which patients pick up prescriptions.

“I cannot express to you exactly how proud I am of the clinic that we don’t fold when things get tough,” Allen said, “It is an absolutely remarkable entity and if you’re not affiliated with it already or don’t know about it, you need to see it in action.”

Though she was at the helm during many changes in the clinic’s history, Allen said there still is one major change she would like to see. She said for years, one of her major goals has been to qualify the clinic as a Federally Qualified Health Center or a FQHC Look-Alike. She said this would ensure federal money for the clinic and would allow the clinic to serve virtually anyone who needs care, regardless of their ability to pay.

“That is one of my lifelong goals for this clinic if it is meant to be,” Allen said. “I guess you could say it’s on my bucket list.”

Currently, the clinic is working with the Ken­tucky Department of Pub­lic Health and the Kentucky Women’s Cancer Screening Pro­gram to receive money for cancer screening and family planning services. Allen said this is because the Lincoln Trail District Health Department no longer is able to provide these services as of July, 2018. The money for this initiative is expected to be at least $40,000 to provide services such as breast exams, mammograms and ultrasounds, Allen said.

In addition to directly serving those in need, Allen’s role also included training and mentoring interns, volunteers and staff. She said the philosophy she always tried to instill was to treat patients as if they are family.

“Each and every one of us is potentially one step away from a virtual disaster,” Allen said. “This includes an unexpected job loss or layoff, an unexpected medical diagnosis or another significant challenge of life.”

Allen is being succeeded by Venus Cornette, who serves as Dental Director of Services at the clinic and operates nonprofits focused on dental mission trips.

“Venus and I work great together as a team,” Allen said. “I consider her a gift and a great resource as a team member to this organization.”

Though she is leaving her post as executive director, Allen will continue to serve the clinic as a grant writer and will possibly serve as a nurse practitioner and as a member of the board of directors for the clinic.

“My life is still an open book being written as we speak,” she said. “It is undefined and wide open for opportunity. I am excited about this stage of my life and look forward to the opportunities that come.”

To honor Allen, a open house will take place from noon to 2 p.m. July 8 at the clinic. Through the open house, visitors can tour the facility and learn more about services offered.

To account for proper social distancing, those interested must RSVP by contacting directorchc.etwon@gmail.com. Attendees are required to wear masks. Masks will be available for those who do not own one.