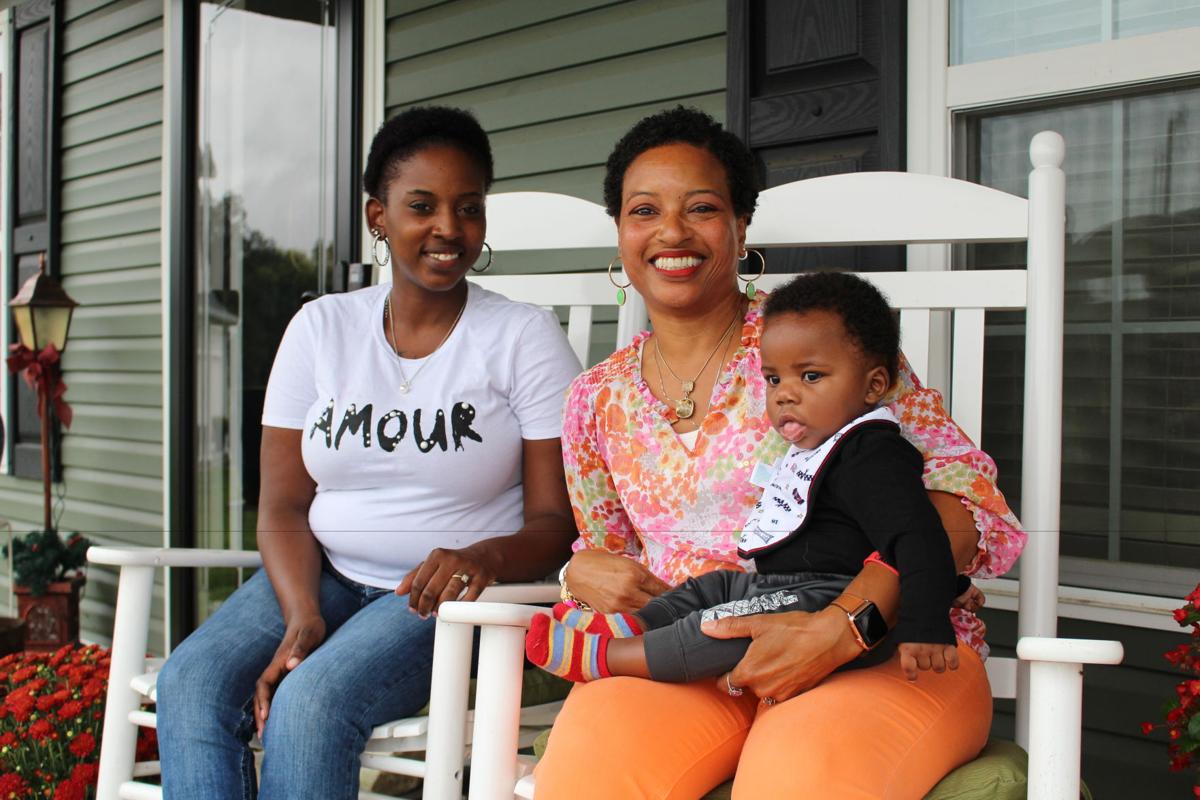 Jasmine Brewer, left, sits with her mom, Regina Boone, and son, Robert Brewer IV, on Monday. Brewer is sharing her story about a racist note she received to raise awareness about racism. 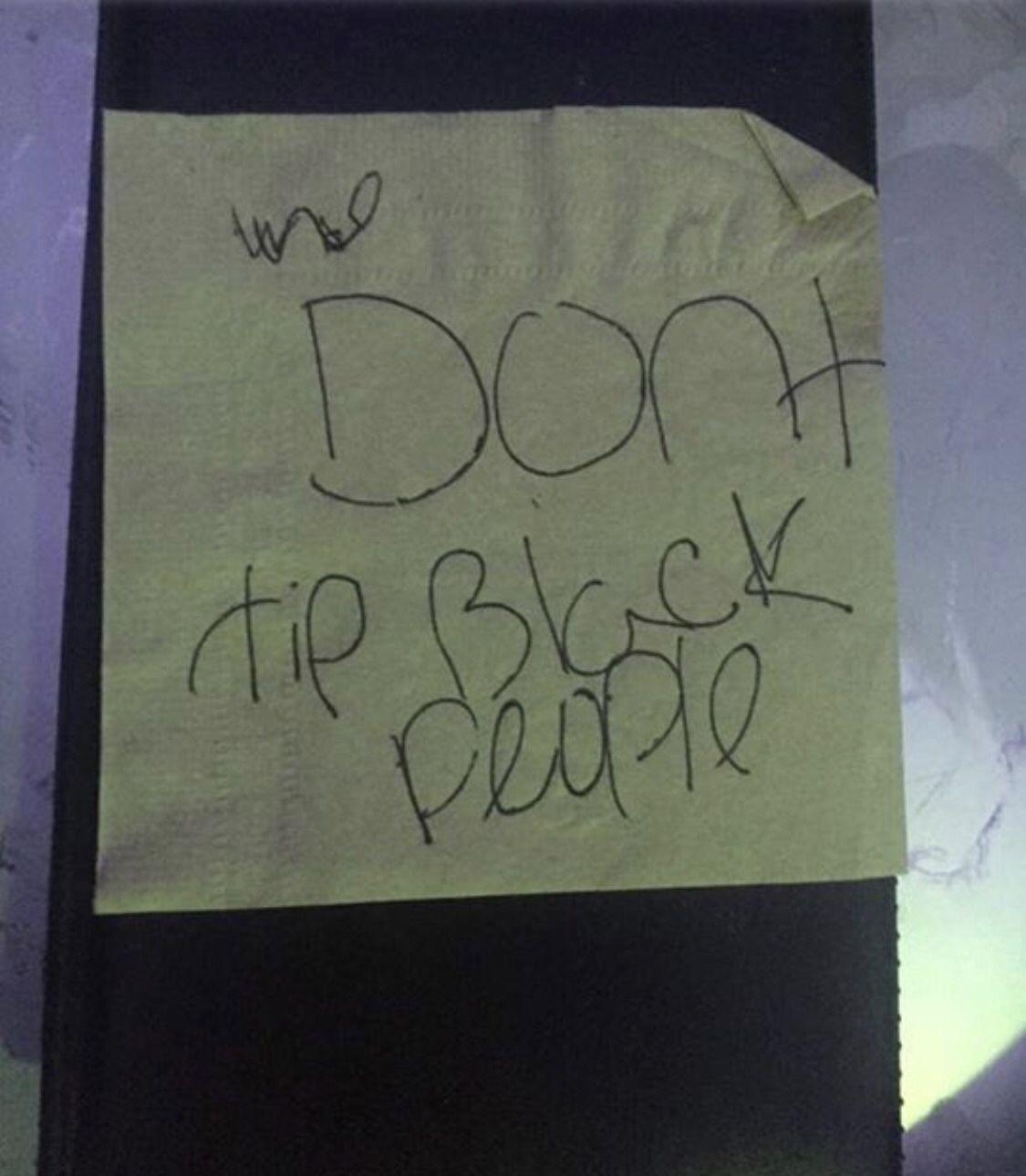 Jasmine Brewer, left, sits with her mom, Regina Boone, and son, Robert Brewer IV, on Monday. Brewer is sharing her story about a racist note she received to raise awareness about racism.

Jasmine Brewer was going about her work as a server last week at Applebee’s in Radcliff when a note scribbled on a napkin stopped her.

“We don’t tip black people,” read the note apparently left by a customer.

Brewer sent a photo of the note to her mother, who posted it on Facebook. Since then, Brewer has received an outpouring of support.

“Everybody is on my side and wants to put an end to racism,” she said.

Her mother, Regina Boone, is a teacher at G.C. Burkhead Elementary School. She said she made the post because she wanted to show racism still exists.

“We’re not able to stop racism if people think it doesn’t exist,” she said, adding the only way to stop it is through education.

Brewer has worked at Applebee’s since July. She said it is the second time in her serving career that a customer has left a racist note and no tip. She remembers the group of people she served as standoffish, who didn’t say much to her.

“If they needed something, I got it,” she said. “ … I didn’t realize I was the problem the whole time.”

She considered the note offensive, hurtful and embarrassing.

“It’s embarrassing for people to know they left that for me,” she said.

But she wants a better world for her three children. She said she’s worried about them growing up in a racist world.

“I want (racism) to be gone by the time my kids get older,” she said.

Since Boone’s social media post, unsolicited donations have flowed in. Boone said people have given more than $150 to compensate for the lack of tip.

Brewer said after receiving the note, she was anxious about approaching tables and more conscious of her skin color.

“It makes you look at yourself differently,” she said.

Brewer said the note could’ve sent her into a downward spiral if not for her children.

“My kids are the reason why I keep on smiling and being positive,” she said.

Since the incident, she thought of leaving Kentucky in hopes of escaping racist attitudes.

Brewer encouraged people to be kind to one another.

“You don’t know what people are dealing with, you just don’t know,” she said. “All you can do is be positive.”

As the first act of business at Tuesday’s meeting, Radcliff Mayor Mike Weaver and the city council offered words of support and unity while ap…

I do not know ..maybe is true maybe not..nowdays everyone is into the racism trip....Last month my wife and I were at a restaurant in Louisville .. My wife and I are of Spanish desent .. the waitress sense my wife's accent and and inmediately spoke in Spanish to us, brief ... later on before she brought our check she produced a note similar to this one..something like no tip because she spoke Spanish and we are in America..hmmm curiously I remember looking around us when we got there and there is no one nearby us and the close occupied table was a great distance.. We did not believe her story..we pay our check and left...maybe they are looking for sympathy, a bigger tip, who knows but it is becoming real fishy...