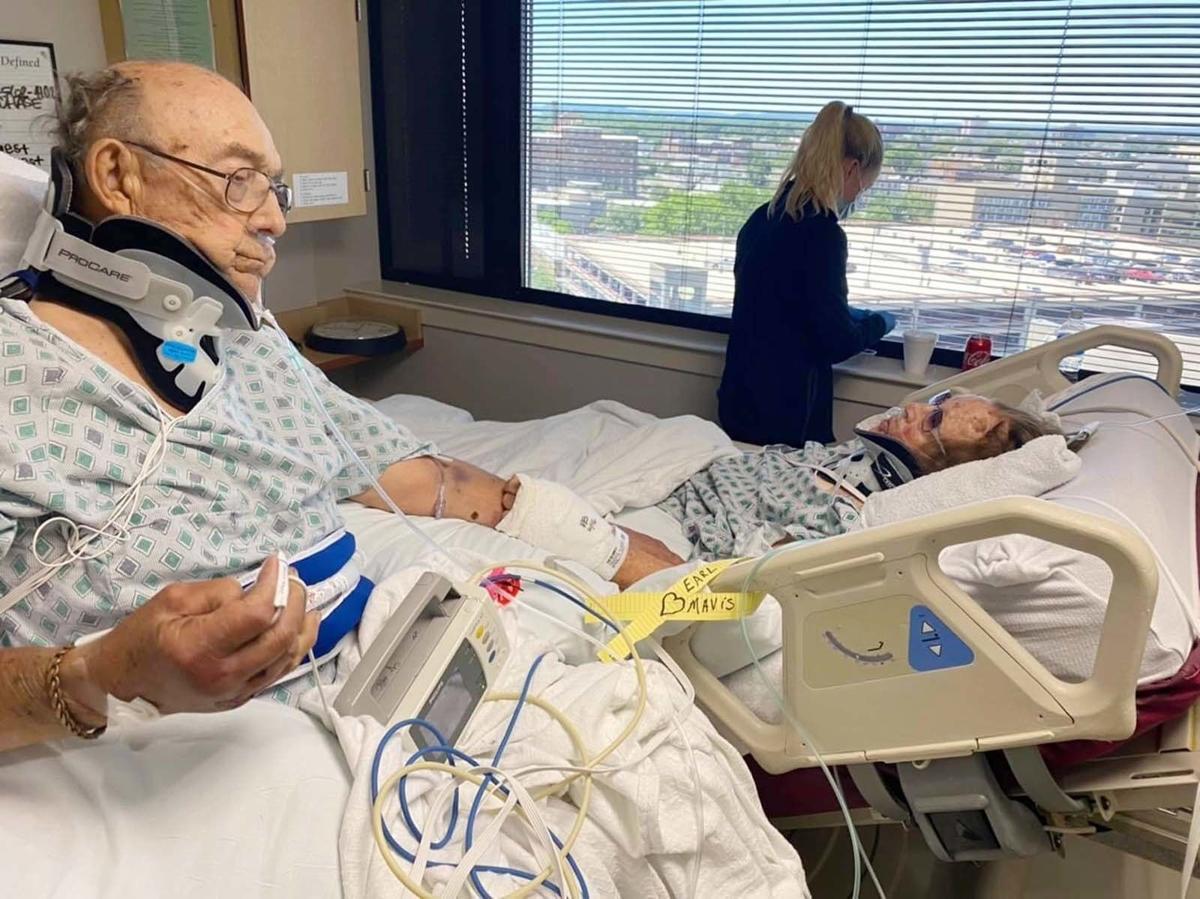 Earl Hart with his wife, Mavis, at University Hospital in Louisville. The Stephensburg couple was injured last week in a two-car crash on U.S. 62. 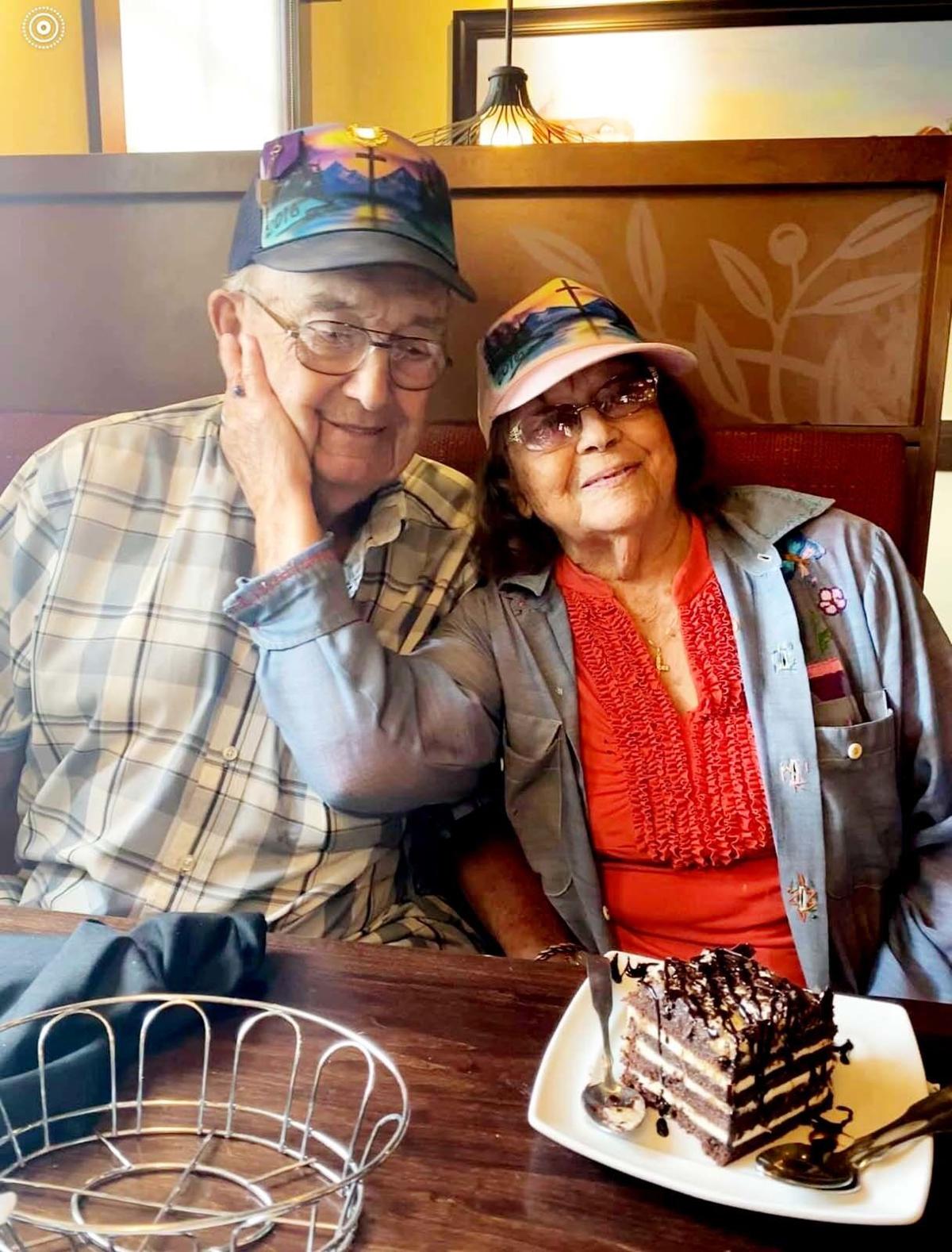 Earl and Mavis Hart of Stephensburg.

Earl Hart with his wife, Mavis, at University Hospital in Louisville. The Stephensburg couple was injured last week in a two-car crash on U.S. 62.

Earl and Mavis Hart of Stephensburg.

When the phone she continually had been calling last week was answered, Tina Decker knew bad news soon would follow.

After hearing of a major crash Wednesday on U.S. 62 in Stephensburg and knowing her parents, Earl, 88, and Mavis Hart, 86, of Stephensburg, would be traveling through that area about the time of the 4:40 p.m. wreck, Decker and her sister, Sheila Blain, were concerned.

“Neither of us had a good feeling,” Decker said.

As Decker and her husband, Bryan, drove to where they had heard the crash happened, with another sister, Sharon Kennedy, right behind, Tina said she kept calling her mom’s cellphone. Still there was no answer.

Then someone did answer, it was a sergeant with the Hardin County Sheriff’s Office.

“He asked my relationship with them and informed me of their wreck,” Decker said. “He allowed us to come straight to the scene, but they had already been air lifted.”

The Harts’ westbound truck was struck by an eastbound Ford Mustang with Josh Clemons, 35, and Trevanna Russell-Clemons, 27, of Grayson County, inside it. Clemons and Russell-Clemons were pronounced dead at the scene by the Hardin County Coroner’s Office. The funeral for Russell-Clemons is Wednesday at Watson & Hunt Funeral Home in Leitchfield. Services for Clemons, who is survived by three children, was held Sunday.

The Harts received numerous injuries from the crash.

Among the injuries to Mavis Hart are to her right ankle and leg, and a left leg amputation below her knee. She has undergone several surgeries. A neck fracture, bruised lungs and broken ribs are among Earl Hart’s injuries.

They were airlifted from West Hardin Middle School to University Hospital in Louisville.

Both started rehabilitation Monday, according to a social media post.

The Harts had been working on their farm in Breck­inridge County last Wednes­day, Tina Decker said, Kennedy had brought her parents lunch around 1 p.m. that day.

“... We were calculating a timeline,” Decker said. “We found out they left the farm 45 minutes earlier (than the crash).”

She said knowing the travel time from the farm to near the Hart’s home, made a “sickening feeling get even worse.”

“We were hoping they got caught in traffic, but the feeling told us different,” she said.

The Harts have been married for 38 years and have five children between them. Earl Hart is a Korean War veteran and the couple also has served as missionaries in the Appalachian region.

Decker said the family, as always, is leaning heavily on their unwavering faith for her parents, who remain in serious condition.

“We believe in the power of prayer and we could really use as many prayers as possible,” she said. “... Their marriage is a true testimony of true love.”