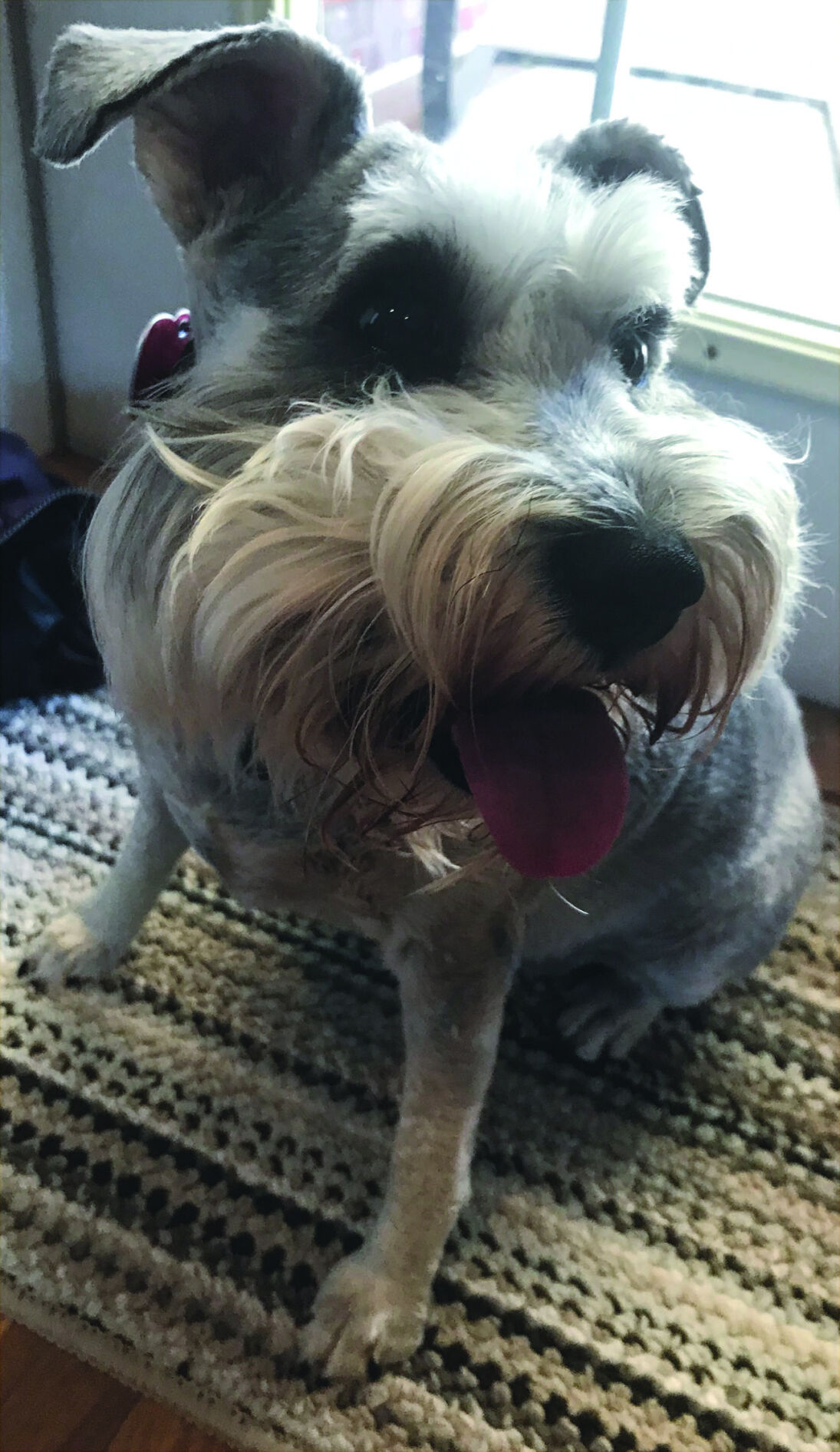 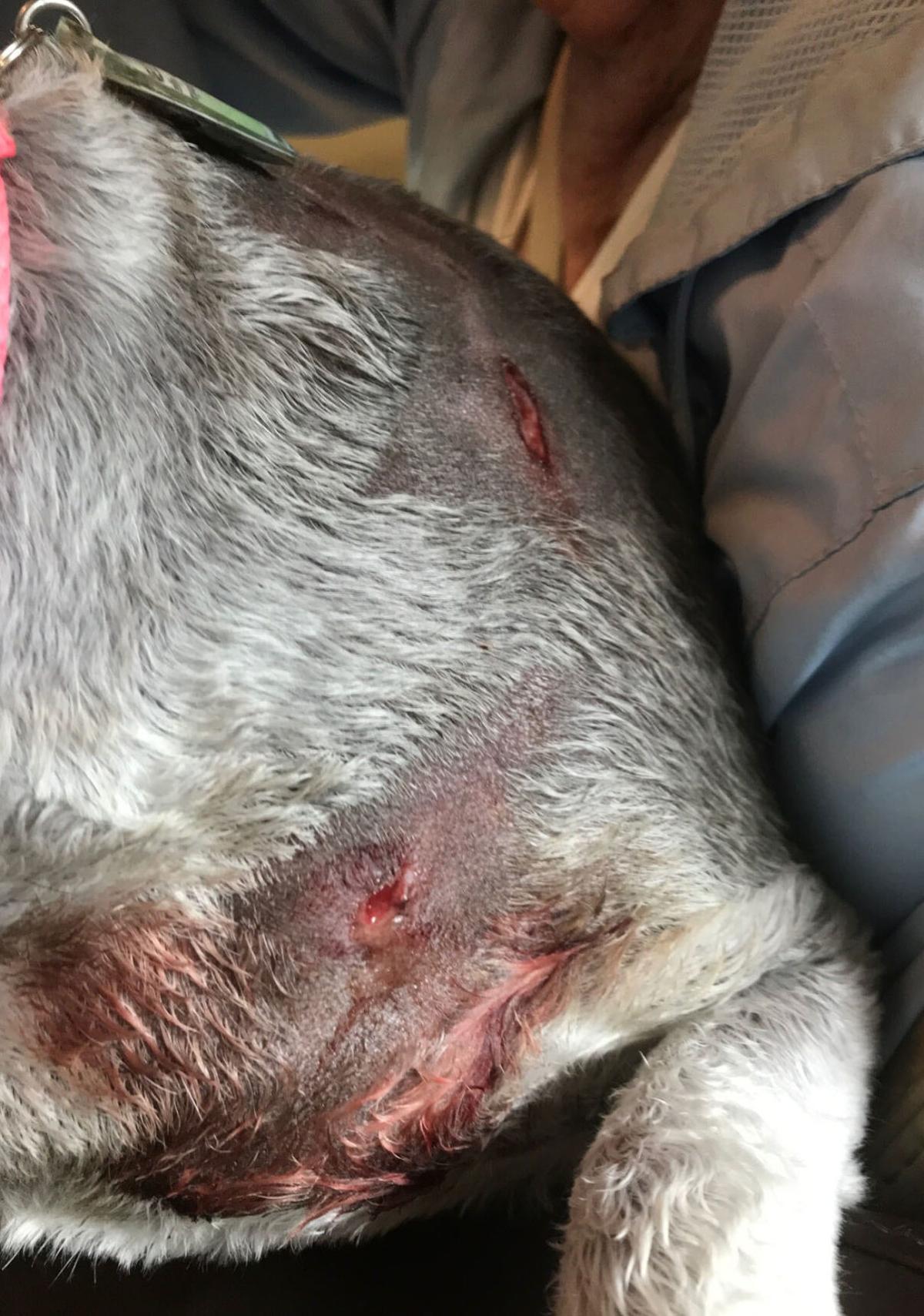 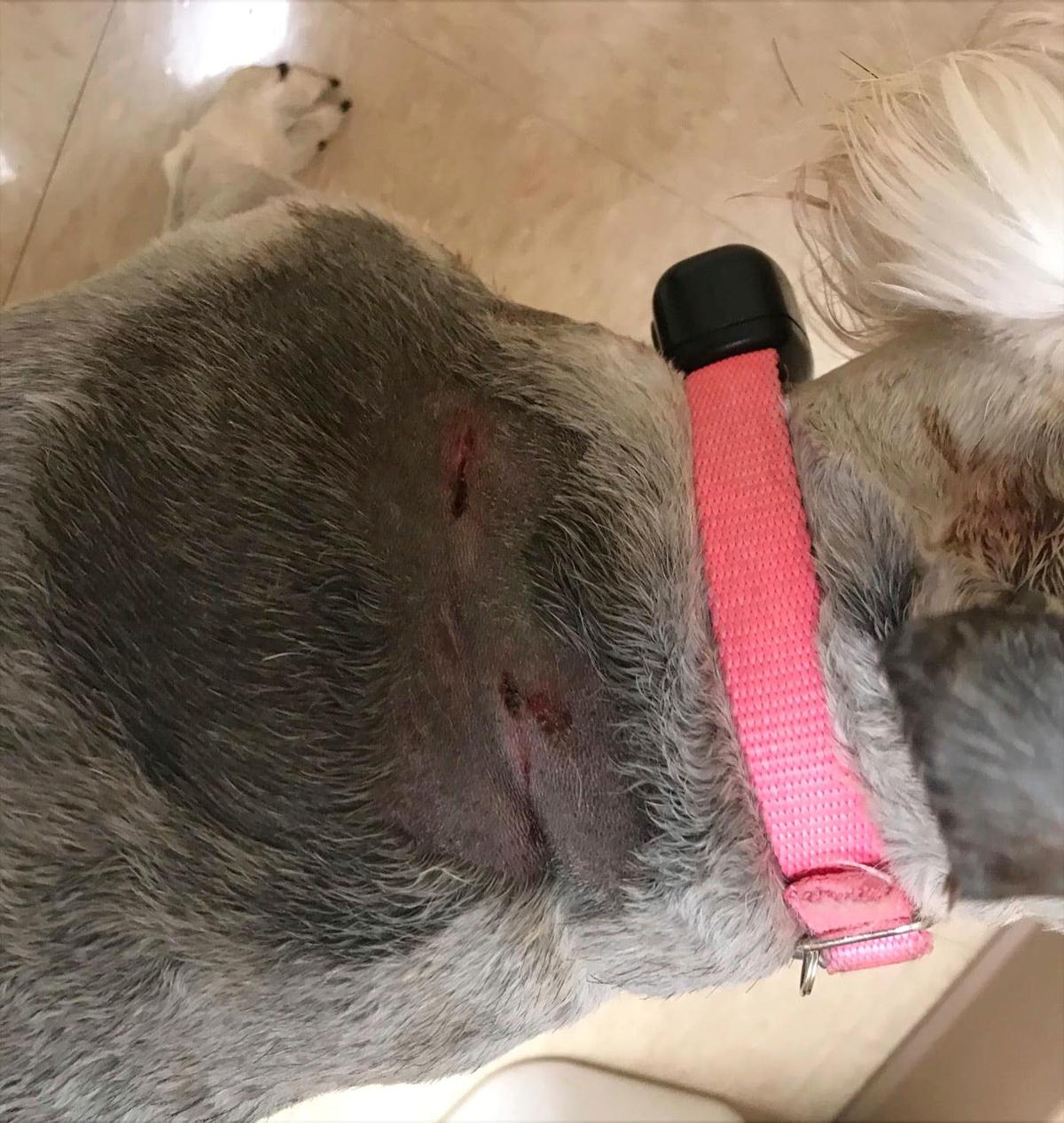 The wounds to Gabby’s upper back.

The wounds to Gabby’s upper back.

The piercing sounds Charlie Miller heard Monday night as he sat in his Lakeside Drive home in Eliza­beth­town are ones he never wants to hear again.

Miller also doesn’t want anyone else to go through what he and his wife, Peggy, and miniature Schnauzer, Gabby, have had to endure since then, either.

Gabby, about 2½-years-old, was attacked, Miller said, by two coyotes as she went out into the front yard of their home around 11:30 p.m. Monday. Miller saw a third coyote standing by the street.

“I had the door open where she could go outside,” Charlie said. “She likes to go outside and she was wandering in and out. I was sitting here watching TV and I heard a terrible yelp and scream from her. You can tell when an animal is hurt, so I knew something was wrong. It’s a sound you can’t duplicate.”

Charlie quickly went outside and found the unexpected – a coyote was at Gabby’s neck and another was at her hind end and they had her pinned down in the middle of the front yard. A third coyote was by the sidewalk watching, he said.

“The two that were on her were really big,” Charlie said. Gabby is about 24 pounds. “I ran toward them waving my arms and yelling at them, ‘Get out of here!’

“They must have been scared of humans because they took off and Gabby came running into the house.”

By that time, the commotion had awakened Peggy.

What the Millers saw was a wounded Gabby. She had three bite marks to her lower back area, three on the back of her neck and two “real bad ones” underneath her neck on the left side of her chest. One puncture is about a 2-inch gash under her neck, Charlie said.

They took Gabby to Elizabethown Animal Hospital for treatment. She has been on antibiotics and painkillers, Charlie said.

The Millers live within a few hundred yards of the dam at Freeman Lake Park in Elizabethtown and over the last 10 or so years they had seen coyotes roaming, but always alone.

“Off and on we’ve seen singles, but never this many,” Charlie said. “It was dark so there could have been more than what I saw. I just kind of had tunnel vision and I was looking at Gabby. It’s the first time that I’ve seen them in a pack and that’s what’s scary. When they pack up, they get brave.”

Charlie said he was surprised to see multiple coyotes, “especially in the middle of the city. You sort of expect it out in the country somewhere.”

Elizabethtown Mayor Jeff Gregory said the city hasn’t been made aware of recent sightings. Gregory also resides near Freeman Lake and has for several years and said he has seen one coyote.

According to an article on the Kentucky Department of Fish and Wildlife website, “Coyotes roam more as breeding season begins in January and February. Their visibility continues into July as they care for their new pups. Sightings pick up again in the fall, when juveniles disperse to find their own territories.”

The Millers are nursing their pet through its pain.

He said Gabby has been recovering, although she had a difficult overnight Thursday night and Friday morning with one of her neck wounds.

“She doesn’t know what’s happening to her,” Charlie said.

He calls Gabby “the friendliest dog you’ll ever see. She just loves to be with people.”

“I just don’t want this to ever happen to anyone else,” Charlie said. “It could very well have been a kid or an adult. I love the way they took off when I yelled. I don’t know what I would have done had they not.”