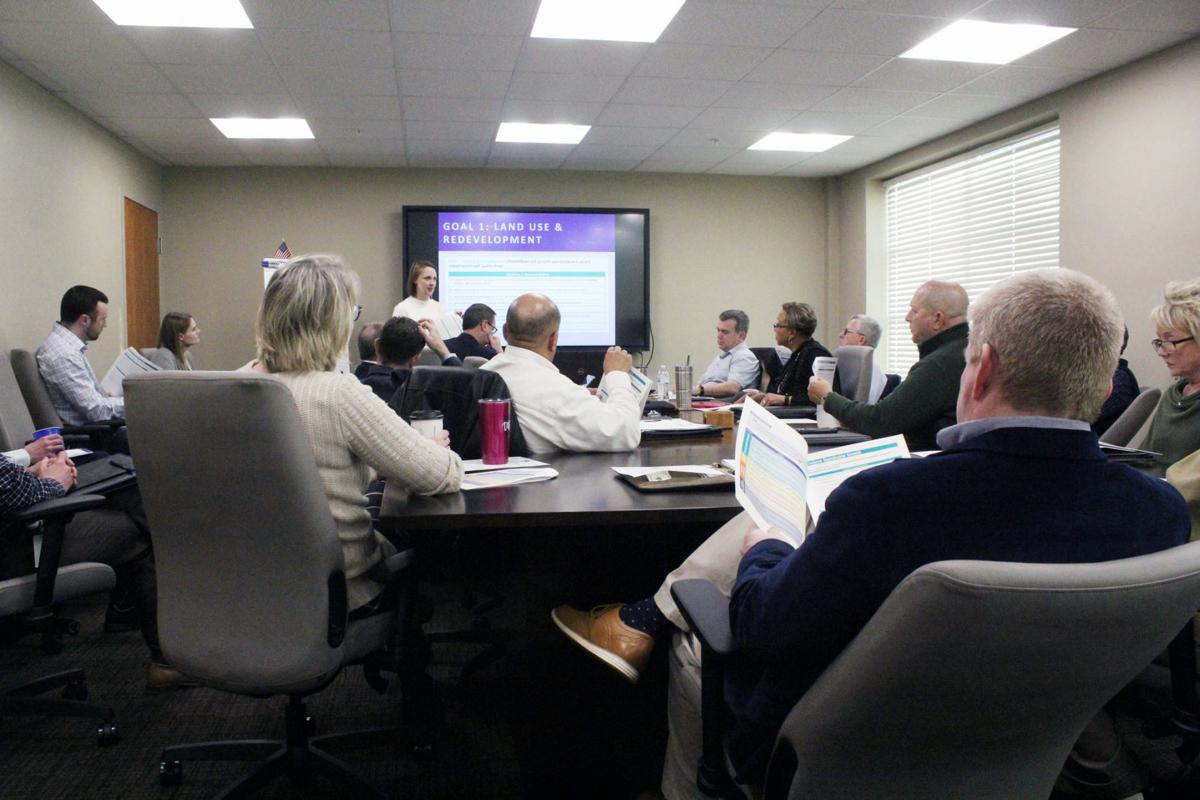 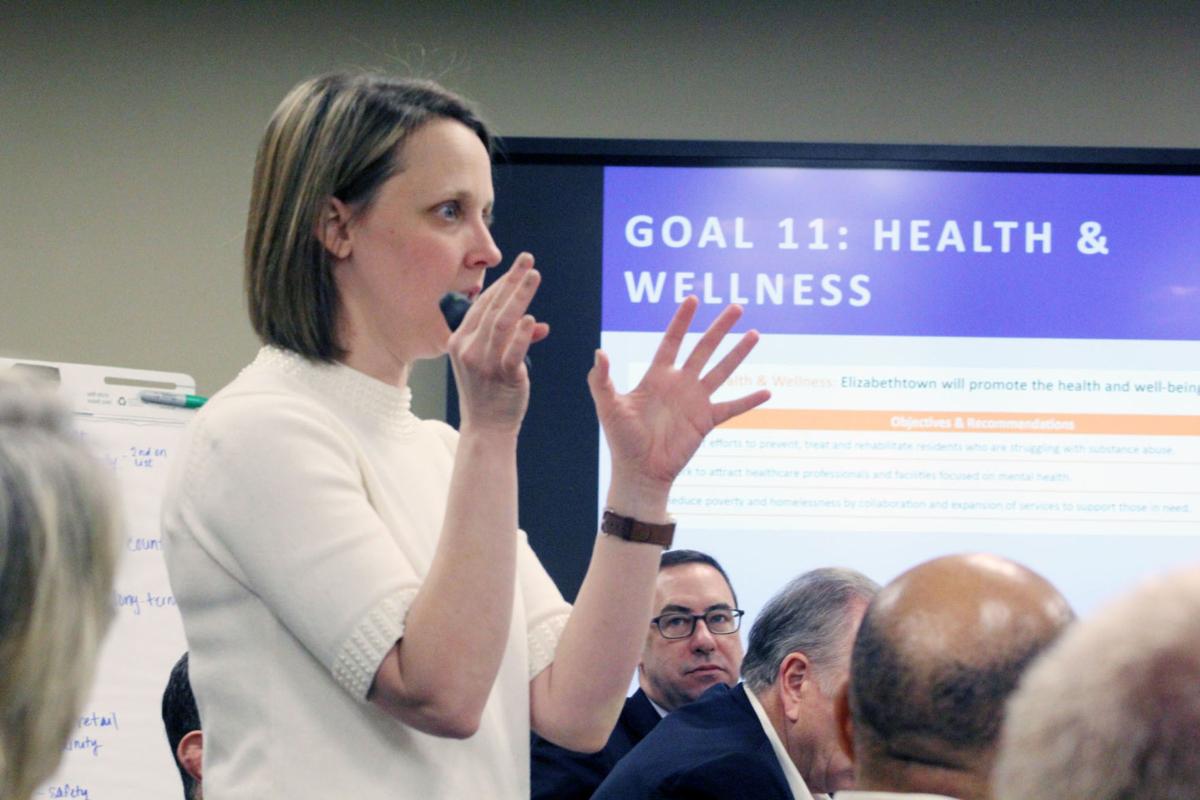 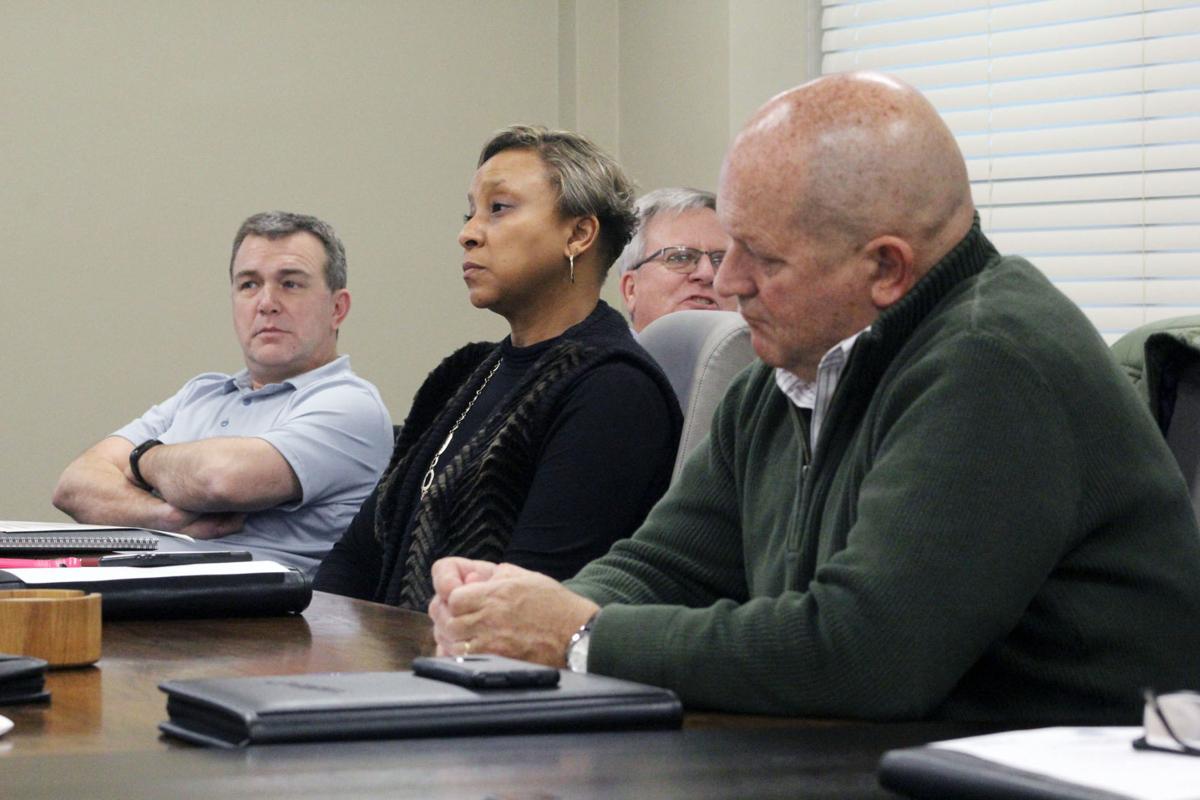 City officials are hard at work envisioning the future of Elizabethtown.

Members of Eliza­beth­town City Council and Planning Commission gathered Mon­day for a joint meeting in the third-floor conference room of city hall, where they discussed the Envision Elizabethtown 2040 comprehensive plan.

The two parties heard from Taylor Siefker Will­i­ams Design Group, who provided an overview of where they are in the process, what has been completed so far and what will happen in the next few months to complete the plan.

Once they were brief­ed and had some discussion on the vision, goals and objectives gathered so far for the comprehensive plan, Taylor Siefker Williams Design Group took it a step further and began delving into discussion on a few of the objectives including: address declining commercial areas prime for mixed-use development, such as Towne Mall and south side, and provide aesthetic enhancements along Elizabethtown’s major corridors, gateways, and downtown that reinforce the city’s character.

In regard to the south side, Planning Commission member Billy Pait said they’ve got to “push that first domino and then everything else will fall into place,” whatever that may be.

“It is the momentum you need to get going,” Amy Williams, a certified planner with Taylor Siefker Williams Design Group, said.

City Councilman Matt Deneen commented the new fire station, which will be on East Dixie Avenue, could be the first domino.

“The first thing that I think is our domino is the development of that new fire house because everything within a certain mile of that fire house is going to now get a insurance discount and that is going to service that area,” he said, adding the new truck stop coming in is going to increase traffic to the area as well.

When it came to gateways, those in attendance were in agreement something needs to be done with the Interstate exit on the south side of town.

“You talk about the gateway aspect of that north exit, that south side is worse. If somebody gets off the interstate there the impression of E’town is going to be really low,” Elizabethtown Heritage Council Executive Director Stacy Reynolds, who was in attendance at the meeting, said.

Williams agreed, stating as they talk about gateways, don’t just focus on one of them.

“Your gateways define your character. It’s your front door mat,” she said.

The consultants will take what they learned at the meeting, which lasted about two and a half hours, and combine it with input from the steering committee and the second public survey to complete the plan.

“Your ideas are really helpful to us,” Williams said.

The second survey still is available at bit.ly/2QKRLcK. To view the proposed vision statement, goals and objectives and follow along with the comprehensive plan process, go to envisionetown.org.

Work began in May on the Envision Eliza­beth­t­own 2040 Com­pre­hensive Plan. The plan is anticipated to be completed in the spring of 2020. It’s purpose is to articulate a vision for the future of the city and identify long-range goals and objectives related to var­ious community ele­ments such as land use, tran­s­portation, utility, in­fra­structure, economic de­ve­lop­ment, quality of life, housing and parks.