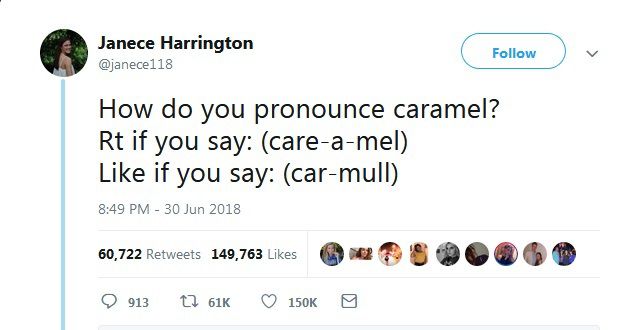 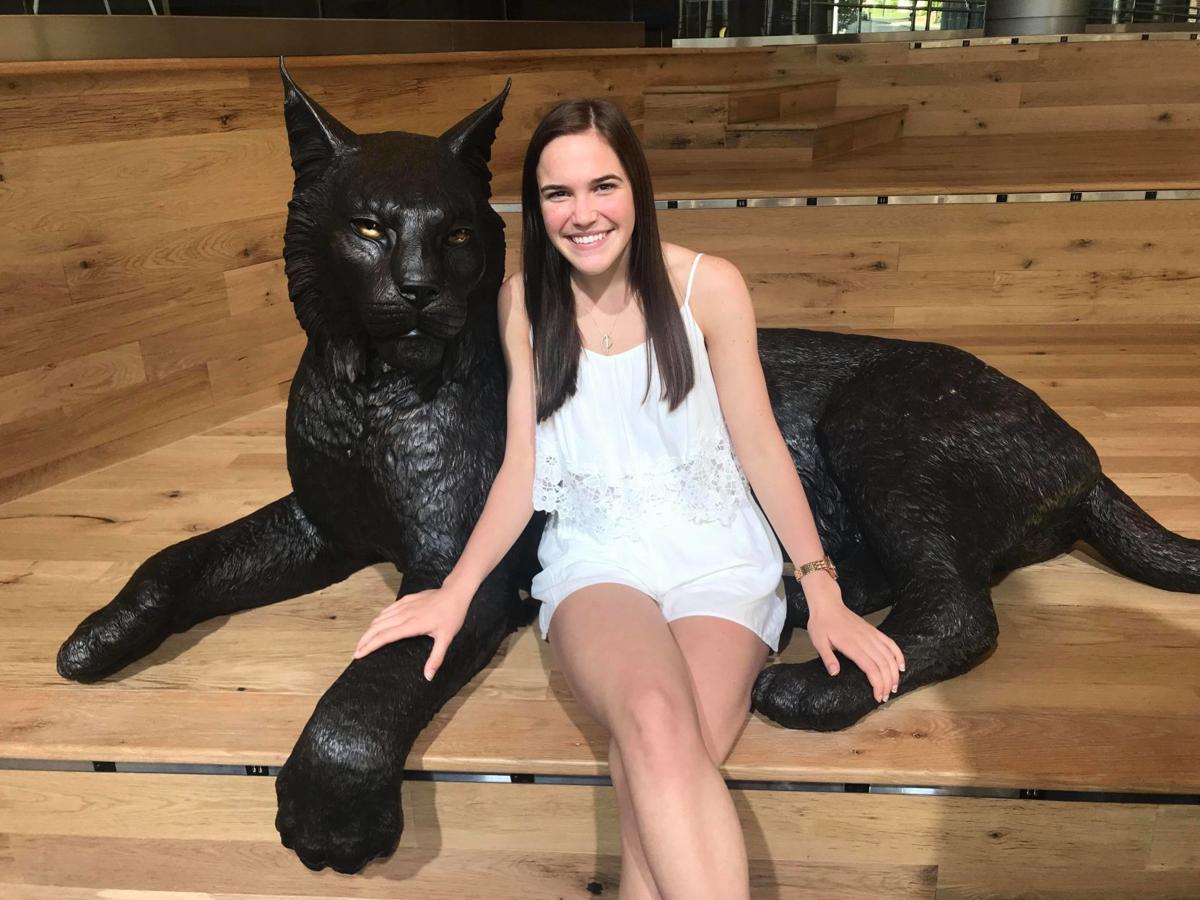 Janece Harrington, 17, of Elizabethtown, had an unexpected response to a tweet about the pronunciation of caramel.

Janece Harrington, 17, of Elizabethtown, had an unexpected response to a tweet about the pronunciation of caramel.

She had a few responses on the day she posted it, Harrington said.

At the time, she was visiting Los Angeles with her mother, Tonya. They went to the mall the next morning and her phone started buzzing constantly. The internet had jumped on her question.

The responses had grown to 200 likes and 100 retweets and then she said it blew up to the point she had to turn notifications off on her phone.

By July 3, the internet was taking notice. Har­rington had gone viral.

“I thought it was kind of crazy,” she said.

A friend texted her and told her she was mentioned in a story on the BuzzFeed website, which called it a Twitter war.

The idea for the tweet came from a discussion she had while on a trip to Washington, D.C., with a Nolin RECC youth tour, she said. Harrington talked with other teens about how weird the English language can be. That’s when caramel was brought up.

A few weeks passed and she still was thinking about it and decided to put the pronunciation question on Twitter.

Harrington had no idea it would make her famous on the internet.

“I knew people were passionate about food but didn’t know they’d argue about it,” she said. “If you read through all the comments, you could see how passionate people are.”

People are rude about it sometimes, she said, calling each other names for choosing one over the other.

“It’s crazy that people are that offensive about it,” Harrington said.

The reaction came from around the world. She read some comments from England and Scotland.

“It’s kind of crazy because I’ve had a lot of people text me,” Harrington said.

It also was a little stressful for her — so much so she’s turned her phone notifications off for a while.

She doesn’t think starting another similar conversation will grow as big as this. But people have been commenting about other pronunciation questions, she said.

Harrington will be a senior at Central Hardin High School in the fall and thinks her viral internet fame will disappear by then.

Her family has had a lot of laughs about it and she said they’ve all been confused about why people have reacted the way they did over a simple tweet.

For the record, Harrington pronounces it “care-a-mel.”

E’town teen’s tweet goes viral and whole detail about this topic was written in this page. We can think or we can imagine that here they are sharing many things. But in real the essayuniverse.net review of that page is showing promotion of the people and their talents.