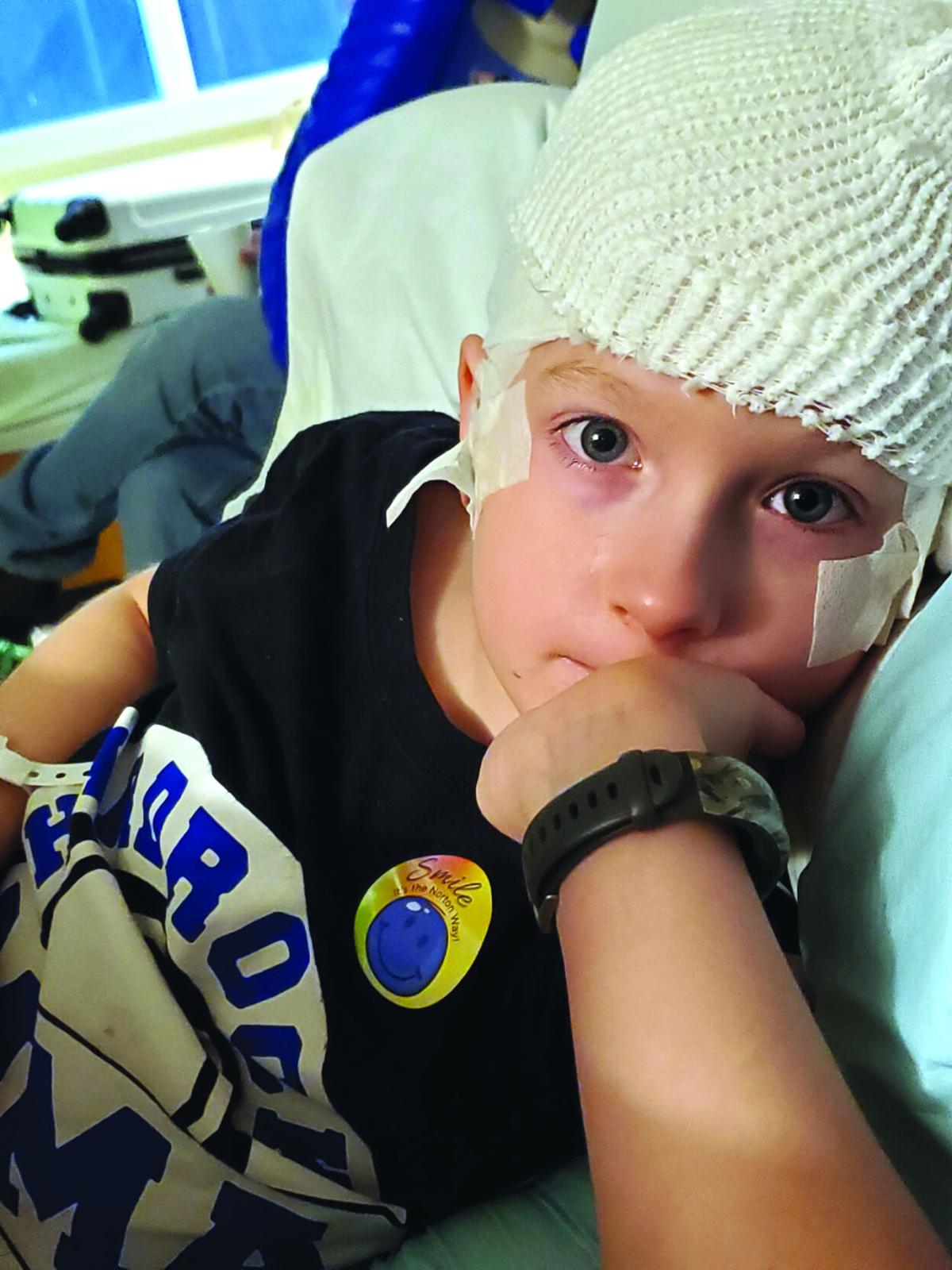 Eli Barno, 9, was diagnosed with epilepsy around Christmas last year. 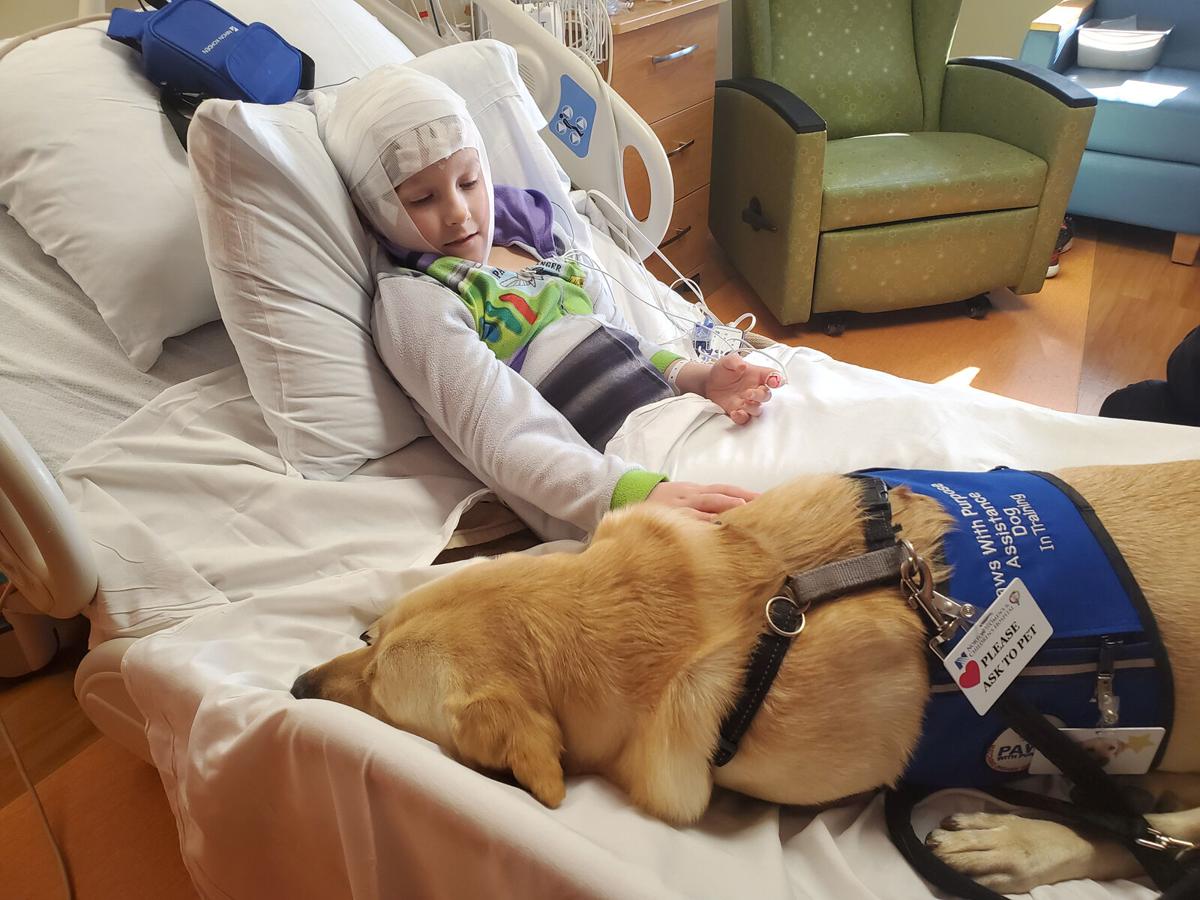 Submitted photos Eli Barno gets a special visit from Zeke, a support dog, the last time he was getting tests for his epilepsy at Norton Children’s Hospital in Louisville. 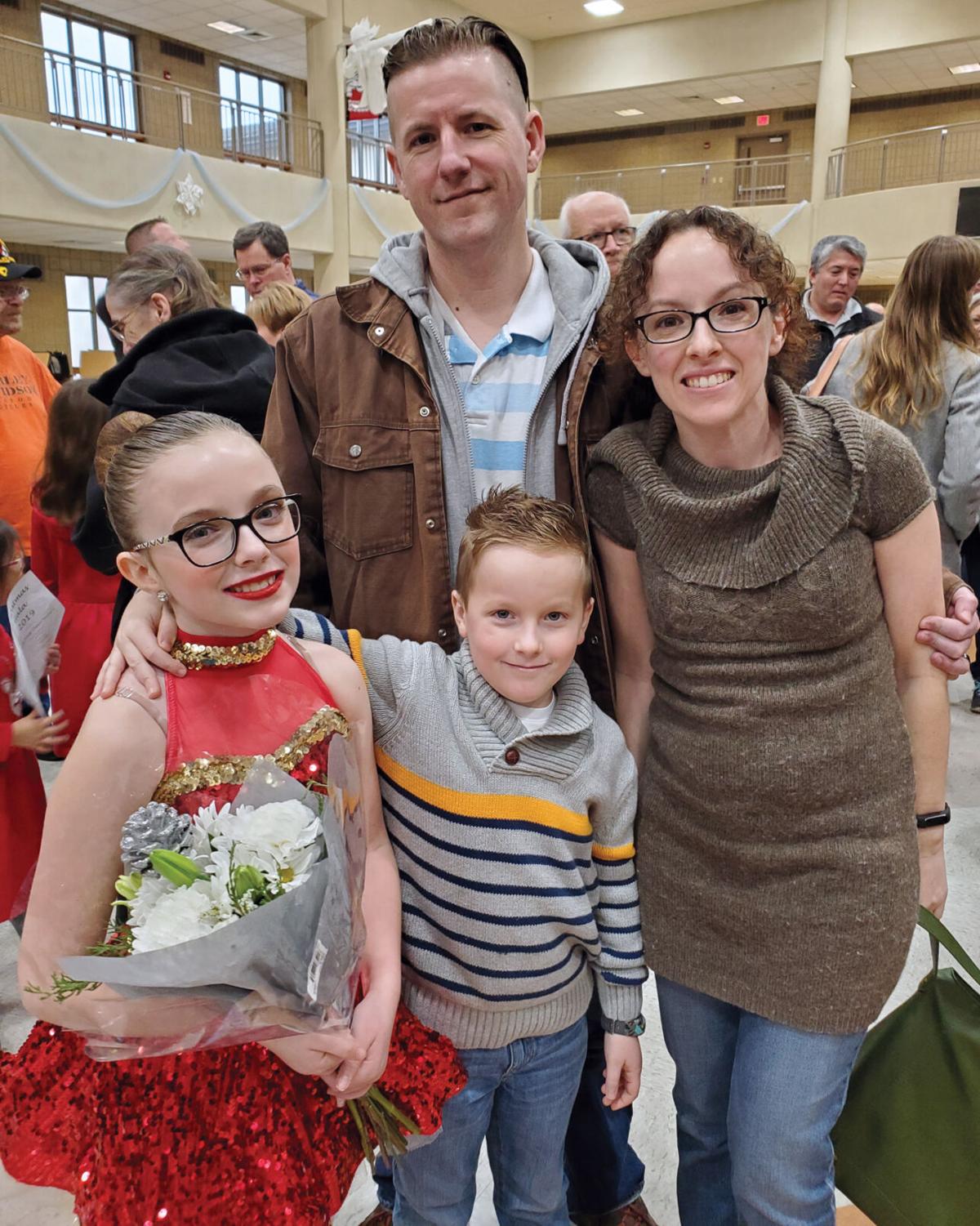 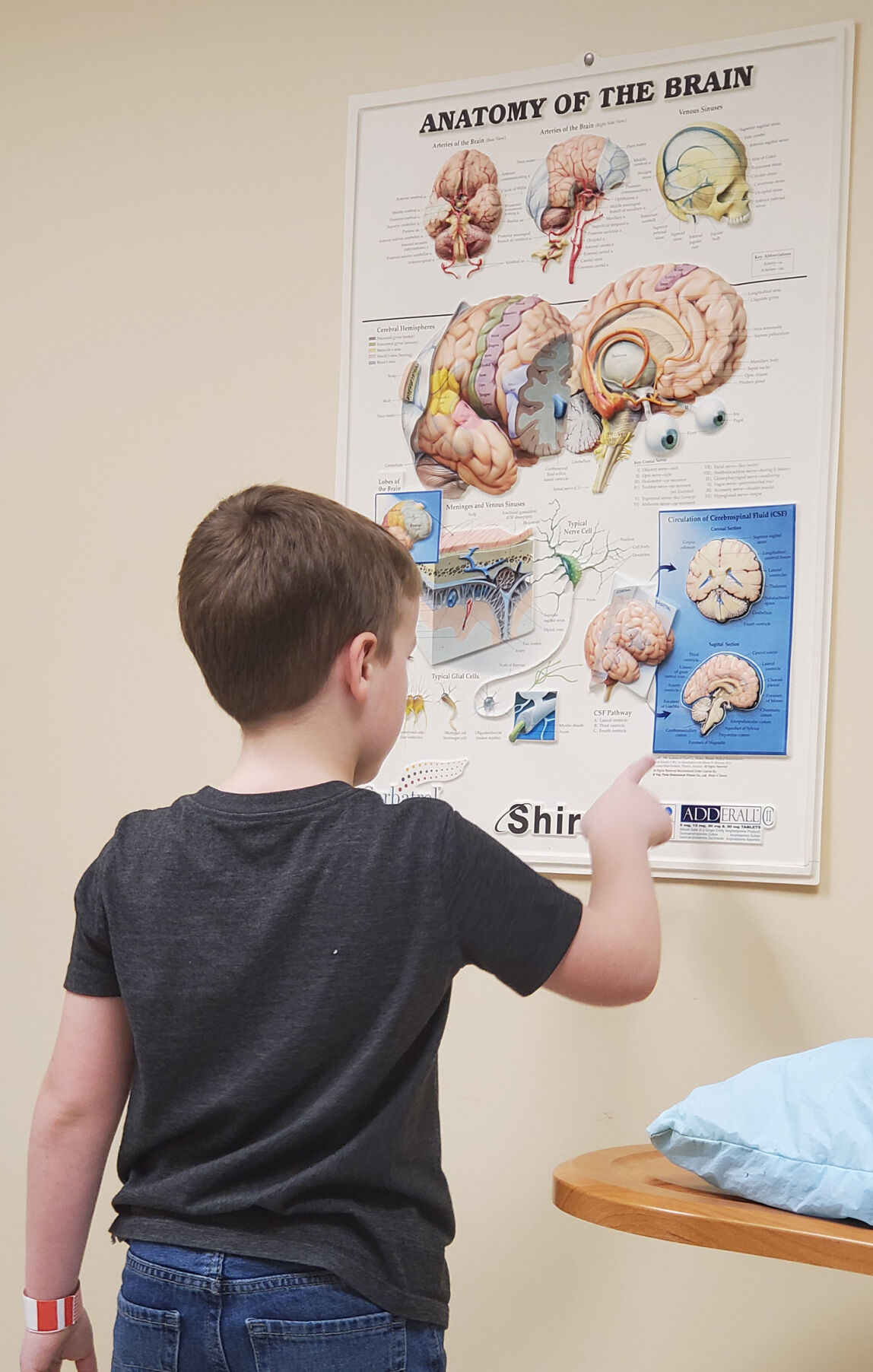 Eli Barno looks at a chart about the brain during one of his doctor visits for epilepsy.

Eli Barno, 9, was diagnosed with epilepsy around Christmas last year.

Submitted photos Eli Barno gets a special visit from Zeke, a support dog, the last time he was getting tests for his epilepsy at Norton Children’s Hospital in Louisville.

Eli Barno looks at a chart about the brain during one of his doctor visits for epilepsy.

Epilepsy awareness is spotlighted in November, and for an Elizabethtown family, their awareness was heightened just under a year ago when Eli Barno, 9, was diagnosed with epilepsy.

He washed his hands and sat down next to his dad, Zach. A few minutes later, Zach asked Eli to turn off the timer and he didn’t react or respond, LaKira said.

Zach asked him again with the same result, which was not like Eli, she said. His dad tried to get his attention by grabbing his arm.

“I realized something was wrong and went in,” she said. “I knelt down to Eli and noticed he was dazing off to the right with his hands folded together.”

Eventually, Eli made eye contact and she asked him if he heard his dad.

That was the first time they realized that Eli had seizures.

The following days were a whirlwind in the middle of holiday chaos, LaKira said.

“I was terrified that with the holidays it would delay finding out what was going on,” she said. “That was far from the truth; we went from meeting with his pediatrician to having a sleep-deprived EEG to meeting and getting a diagnosis from his neurology team within a week.”

Epilepsy is a spectrum condition, LaKira said. With Eli’s type, he takes medication daily and is not allowed to swim without adult supervision. He also has to shower instead of taking a bath and always has to wear a helmet when riding a bike, she said.

“Basically don’t do anything unsafe, because we’re not sure when or if he will have another seizure,” she said. “I haven’t been able to figure out what his triggers are.”

LaKira said they are lucky he can do his normal activities such as Ju-Jitsu and Judo.

LaKira said she always lets Eli choose who he shares his condition with. At first it was just a few people and now he is much more comfortable talking about it.

“It’s confusing, frustrating and annoying to have epilepsy,” Eli said.

When he talks to his friends about it, he tells them when he’s had a seizure and what it felt like.

For epilepsy awareness, Eli wants people to know that even though they might think it’s scary not to worry because they will be fine.

According to the Epilepsy Foundation, 3.4 million people have epilepsy in the United States.

“Even though it feels weird, everyone is strong. It does feel weird and can be confusing,” he said. “I know that no matter what you can do it. I believe in you.”

LaKira said six out of 10 cases of epilepsy are from unknown causes. Right now, Eli’s causes are unknown.

“It’s very frustrating and we hope that in time he outgrows it,” she said. “However, only time will tell but I have faith.”

One thing she stresses is first-aid knowledge for epilepsy because one in 10 people will have a seizure at one time and one out of 26 people in the United States develop epilepsy. LaKira said, according to the Epilepsy Foundation, a person is diagnosed with epilepsy if they have had two unprovoked seizures that were not caused by a known and reversal medical condition.

“I know that two years ago, I probably wouldn’t have been able to recognize a seizure that wasn’t a convulsion or shaking type,” she said. “If you think about it, that is the only type they show in movies or shows.”

First aid for epilepsy provided by the Epilepsy Foun­da­tion educates and gives examples of the many types of seizures.

“It also details what to do if a person nearby experiences a seizure,” she said. “For instance, if a person is having a convulsive type seizure you are not suppose to restrain but to keep them safe.”

LaKira said it states to get the person having the seizure on their side and do not place anything in their mouth.

All of this still is new to the family. When Eli was first diagnosed, LaKira said she read as much as she could and always will be his advocate. Along with his diagnosis and medication, there are sometimes side effects she wants to stay on top of.

LaKira said his school, Heartland Elementary, and his teachers have been very helpful and supportive, which makes things slightly easier.

“I continue to learn and I expect that I will as we continue down this journey,” she said.

When someone is first diagnosed, LaKira said there are many emotions and it can feel lonely.

She was able to connect with a friend whose son had epilepsy.

“She told me about the Epilepsy Foundation of Kentuckiana, and I found them on Facebook,” she said. “There are many different types of epilepsy and they can have different symptoms and triggers.”

For more information on epilepsy, go to epilepsy.com.