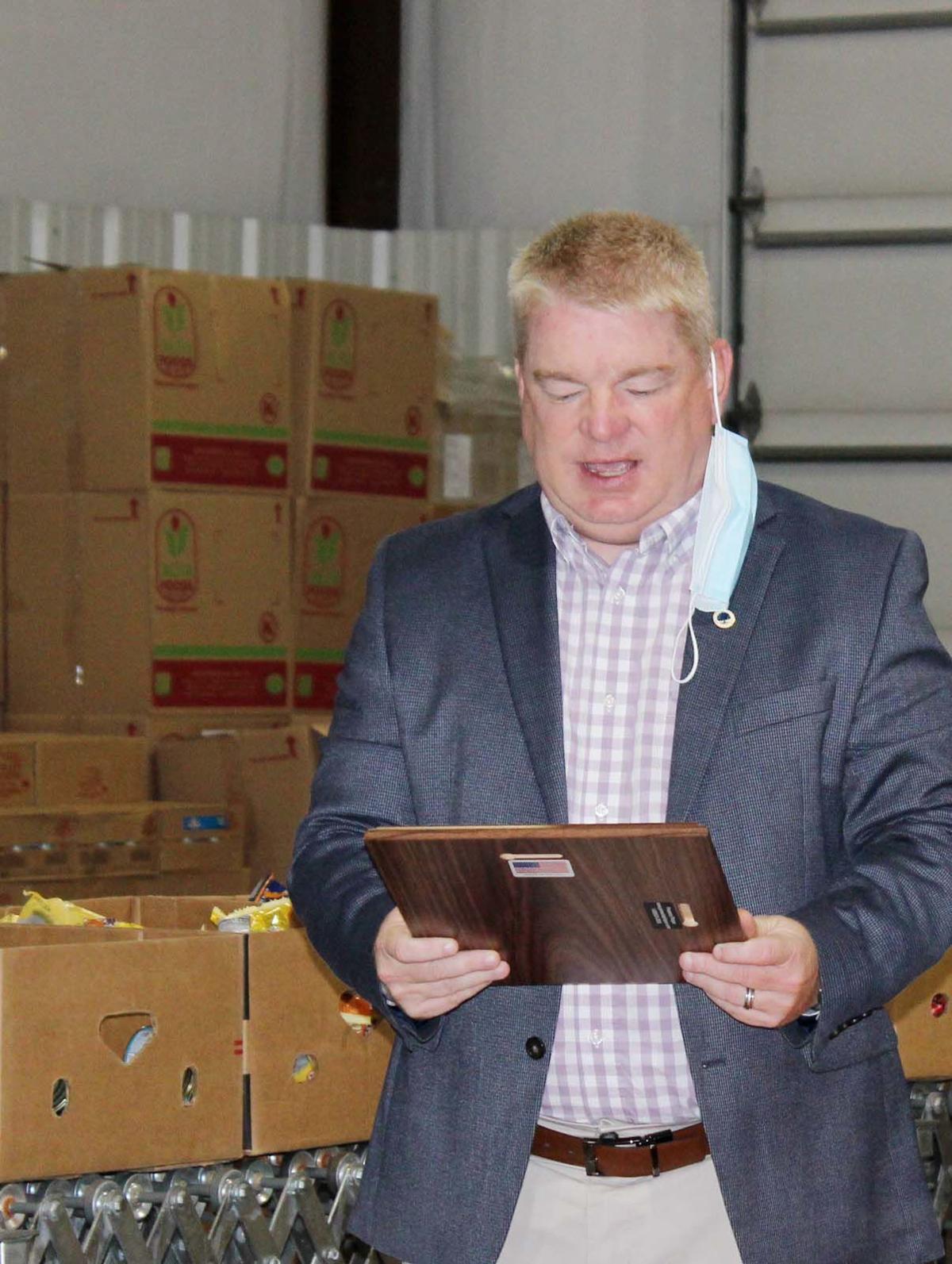 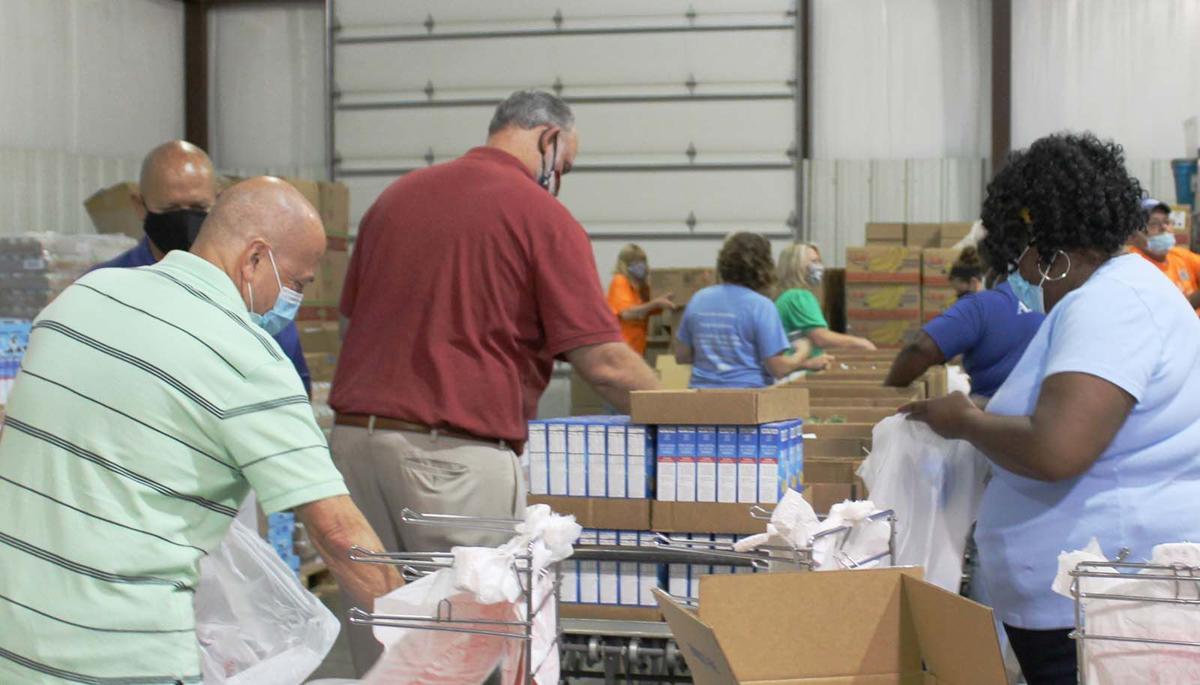 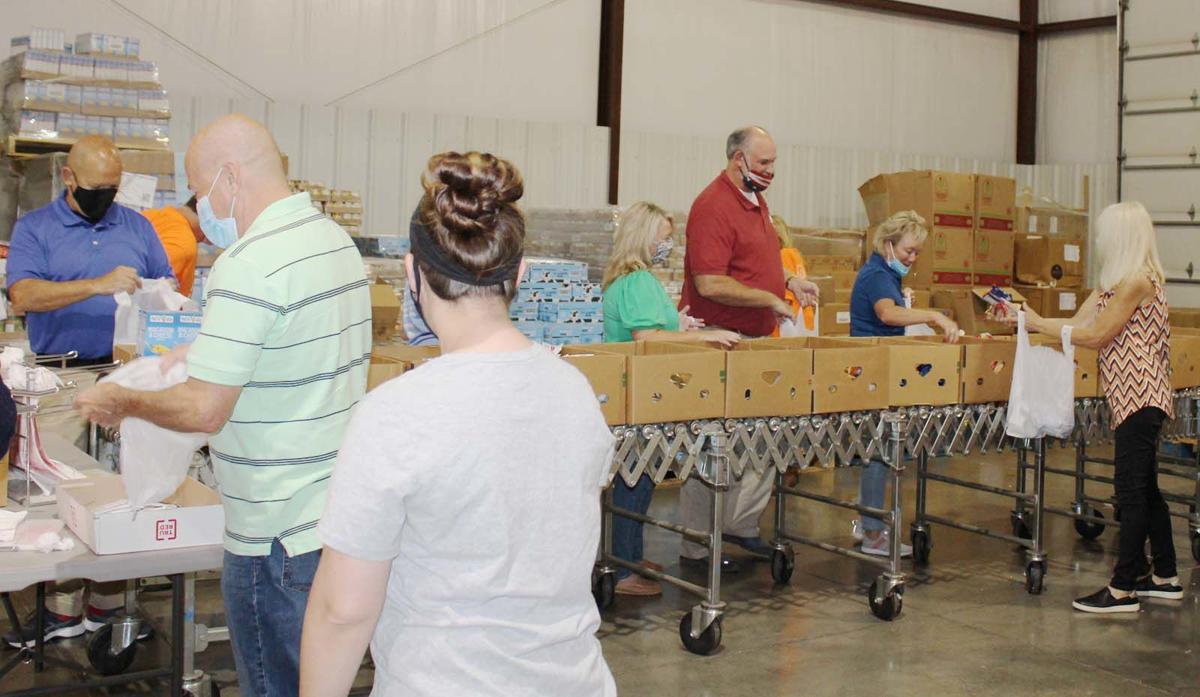 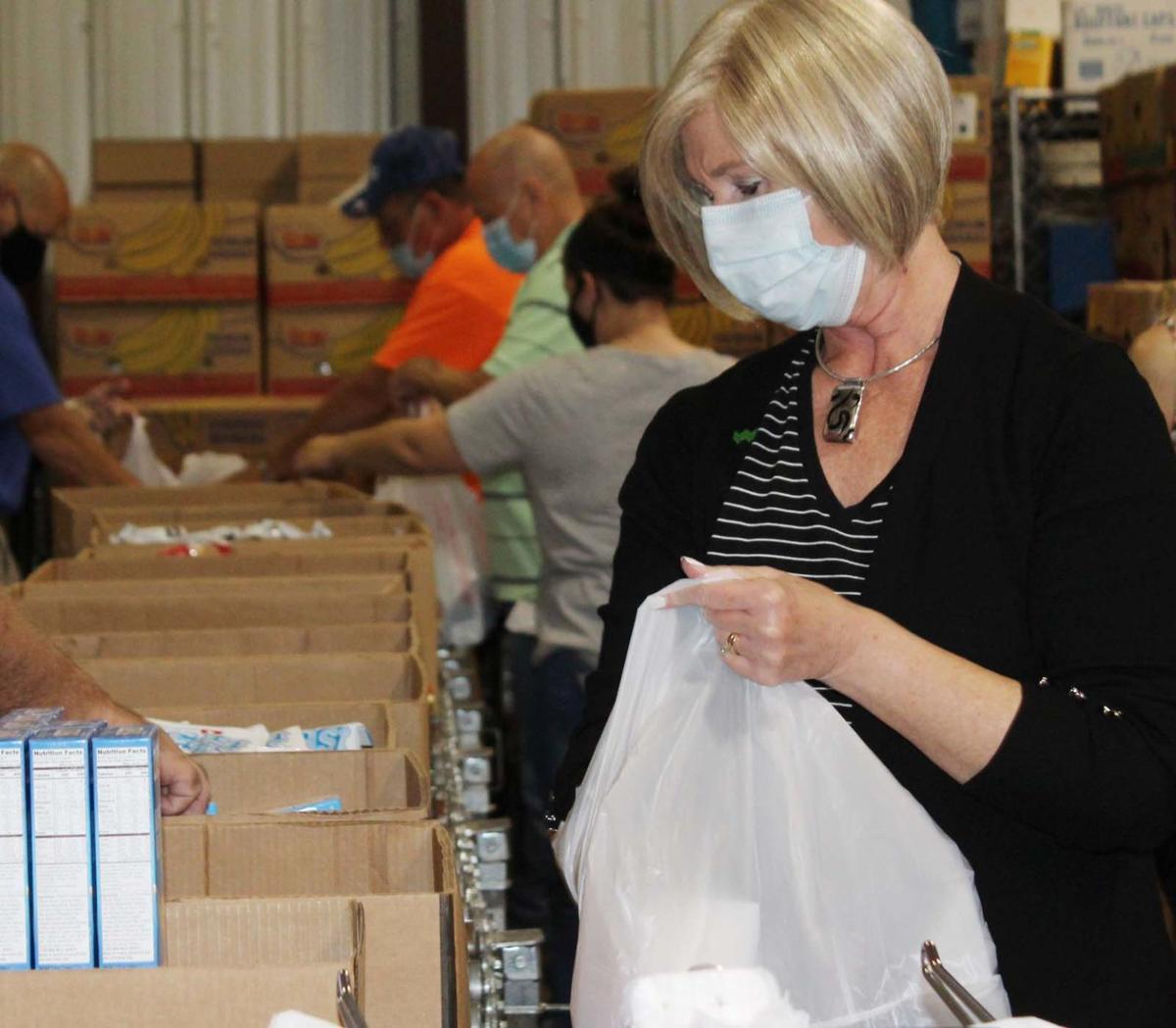 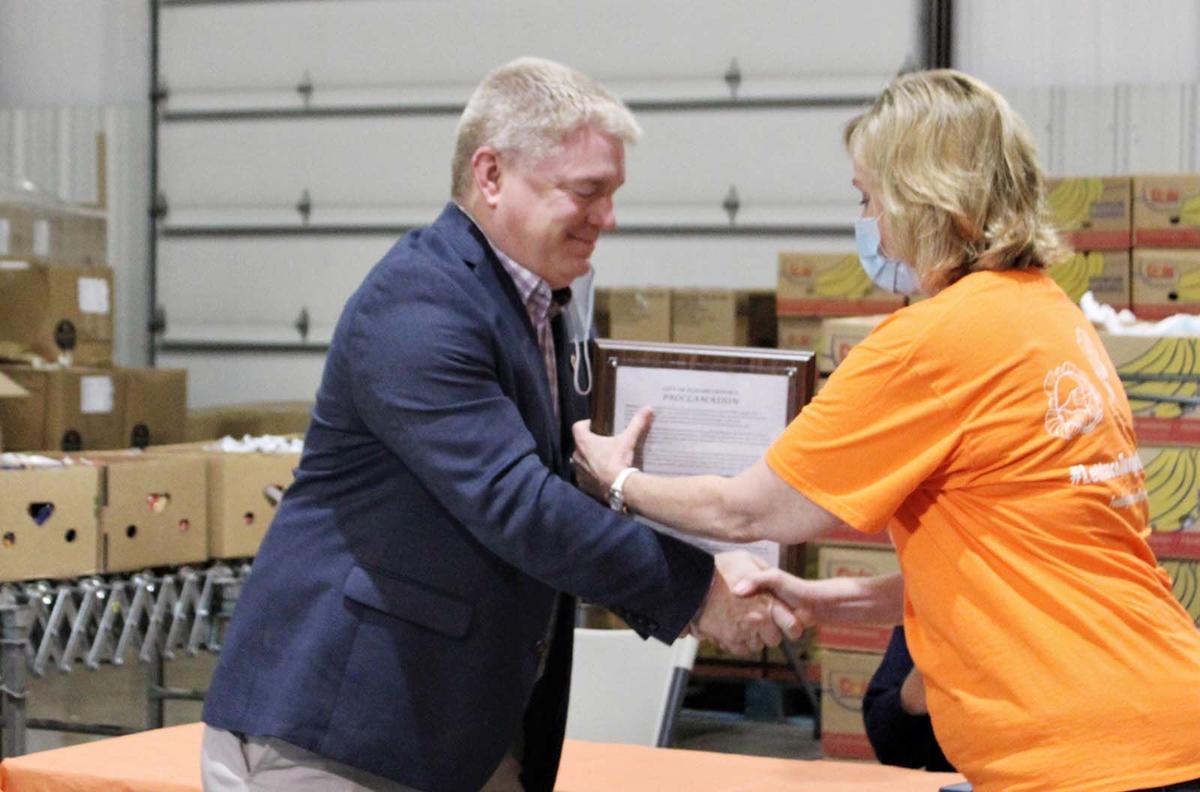 The month of September is Hunger Action Month and Feeding America, Kentucky’s Heartland is trying to draw attention to the hunger situation in this region and the need for more volunteers.

Friday, on Hunger Action Day, Jamie Sizemore, FAKH director, spoke about the needs in the region and how they have increased during COVID-19.

Friday’s events were to help turn the town orange, the color chosen to represent hunger.

Sizemore said there are nearly 250,000 people served by FAKH in the 42-county service area.

During the morning activities, Elizabethtown Mayor Jeff Gregory read a proclamation declaring September 2021 as Hunger Action Month in the City of Elizabethtown. He presented Sizemore a plaque to mark the day.

He said he knew about FAKH but didn’t realize the scope of what they did until the pandemic hit and the city stepped in to help. He saw a mobile food pantry that went around distributing food through FAKH to areas in need.

“You would be shocked how many people come through and how many people genuinely need that food to sustain them for that weekend or through that week,” Gregory said. “It opened my eyes a lot to hand out those items, to see the people and see what they needed.”

There was a lull during the summer with a light at the end of a tunnel and food demands were lower, Sizemore said. But two weeks ago, she said they started seeing food needs increase again.

“Families are still hurting; we are not out of this by any means,” she said.

For families and seniors it’s a daily choice to buy food or pay for other critical needs.

Seniors raising their grandchildren are a segment of the population with an increased need in the region, Sizemore said.

Food prices have gone up at grocery stores and some of the safety nets to help families recover financially during COVID are going away, she said.

The organization is asking for people to help by volunteering, advocating and donating. With every dollar they get, she said the origination can acquire eight pounds of food through their resources.

The biggest need right now is volunteers. During the pandemic the National Guard helped out but they have been reassigned to help at hospitals. She’s also had assistance from school bus drivers and government organizations.

“We are in critical need for volunteers,” she said.

Starting Friday, the Anthem Foundation began donating $10 for every volunteer hour worked by an individual, up to $30,000, until the end of the year. Individuals and groups can not only volunteer, but their time will also help raise money for FAKH.