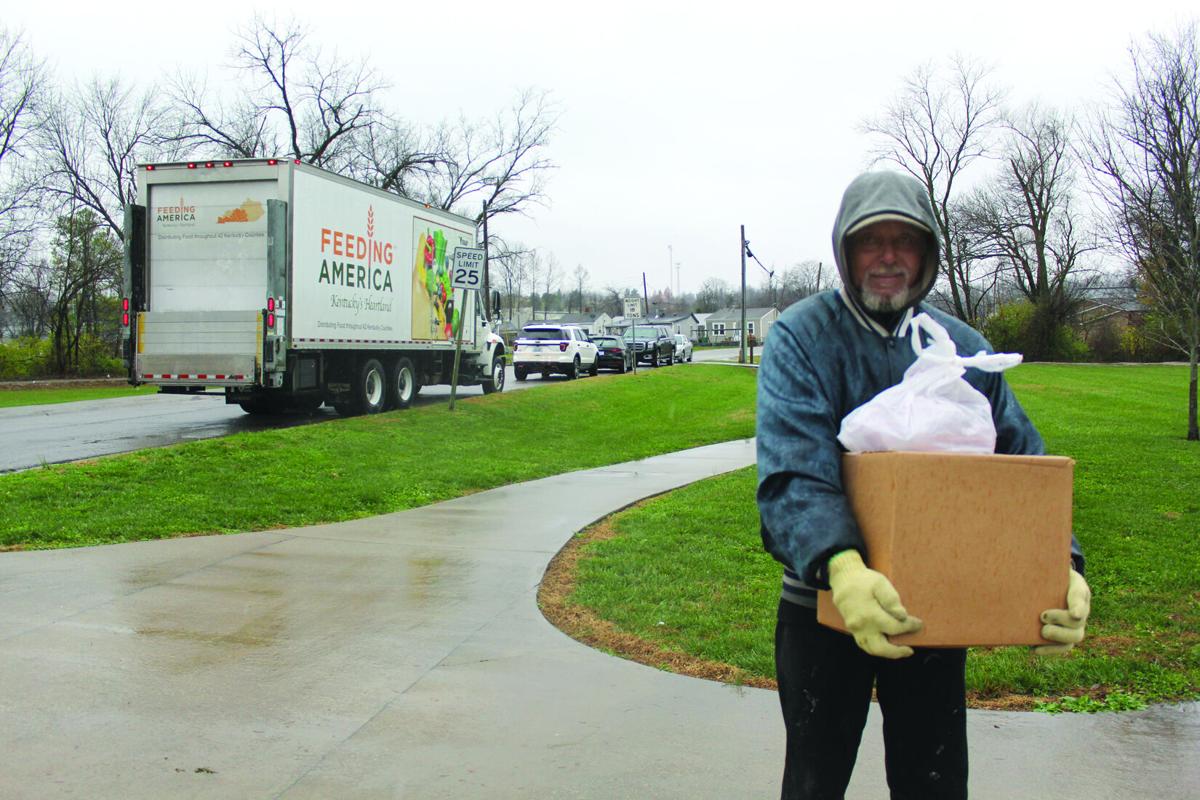 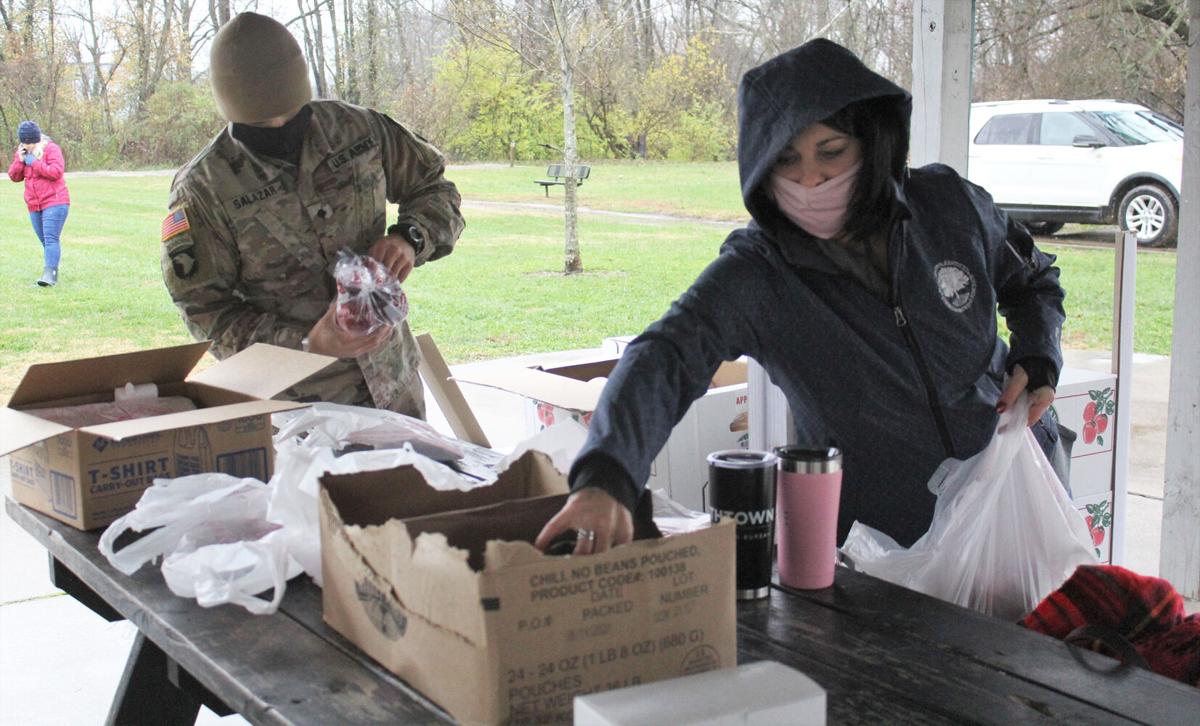 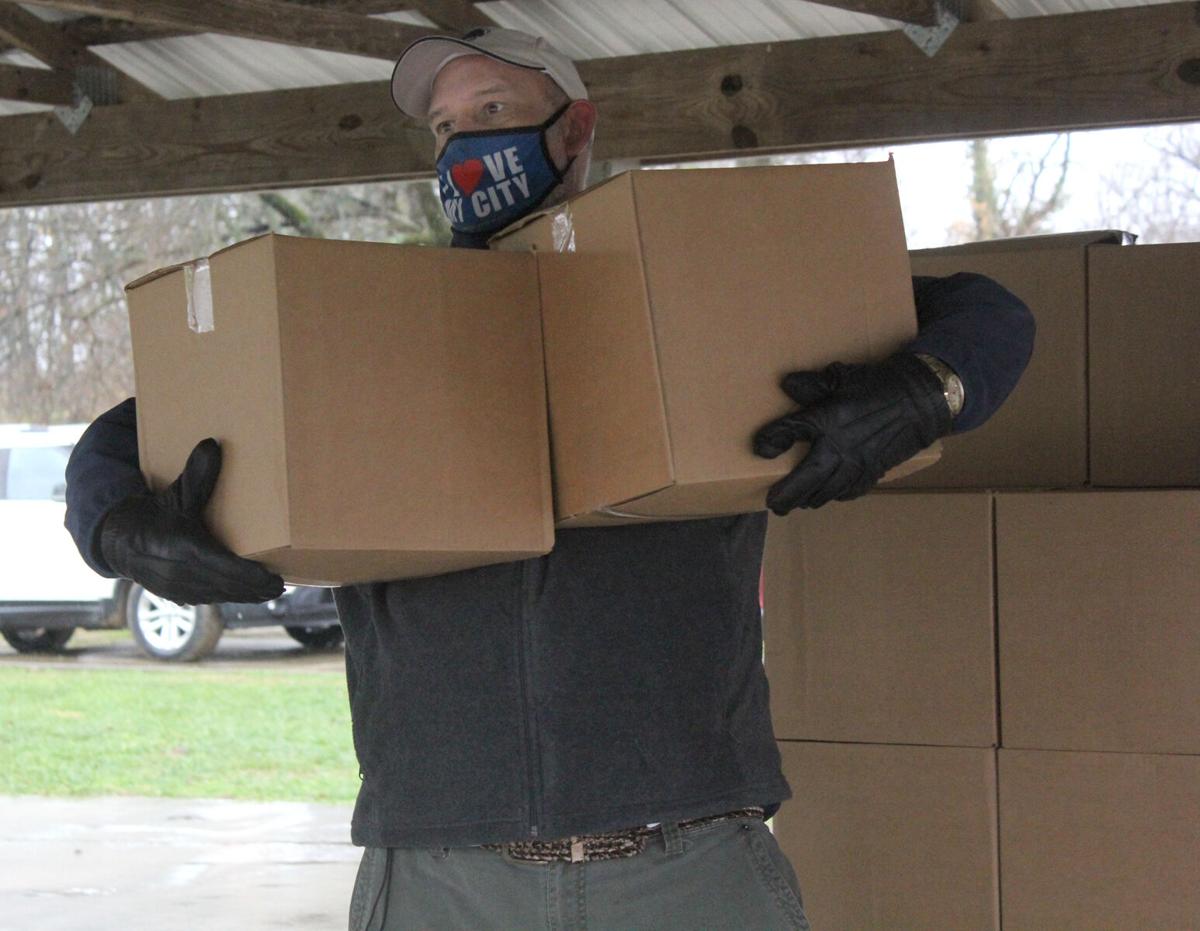 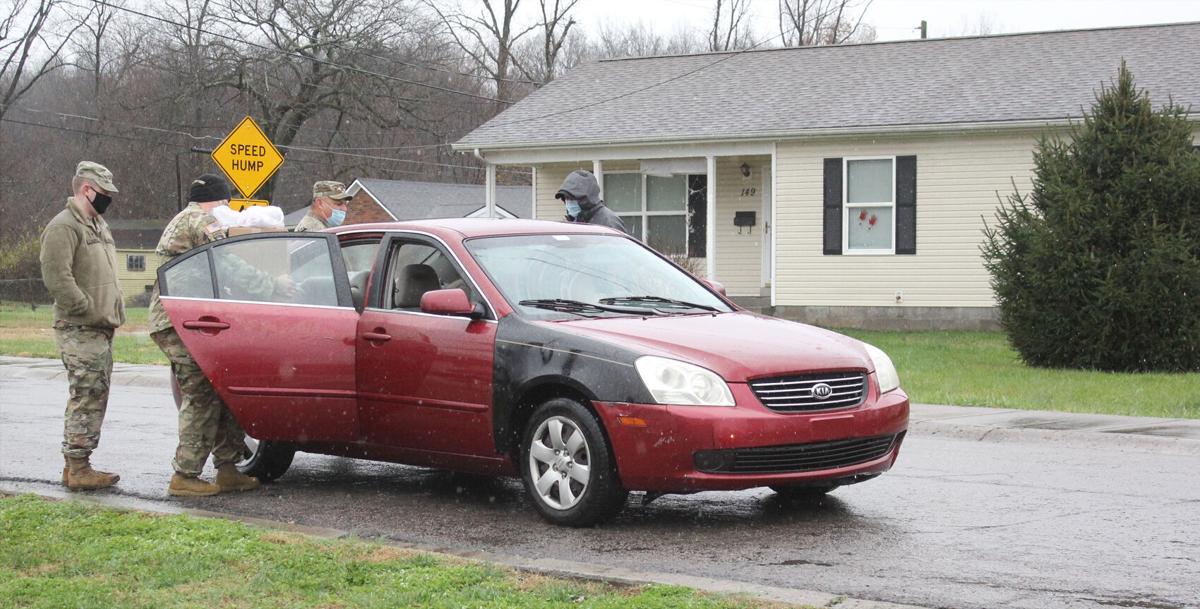 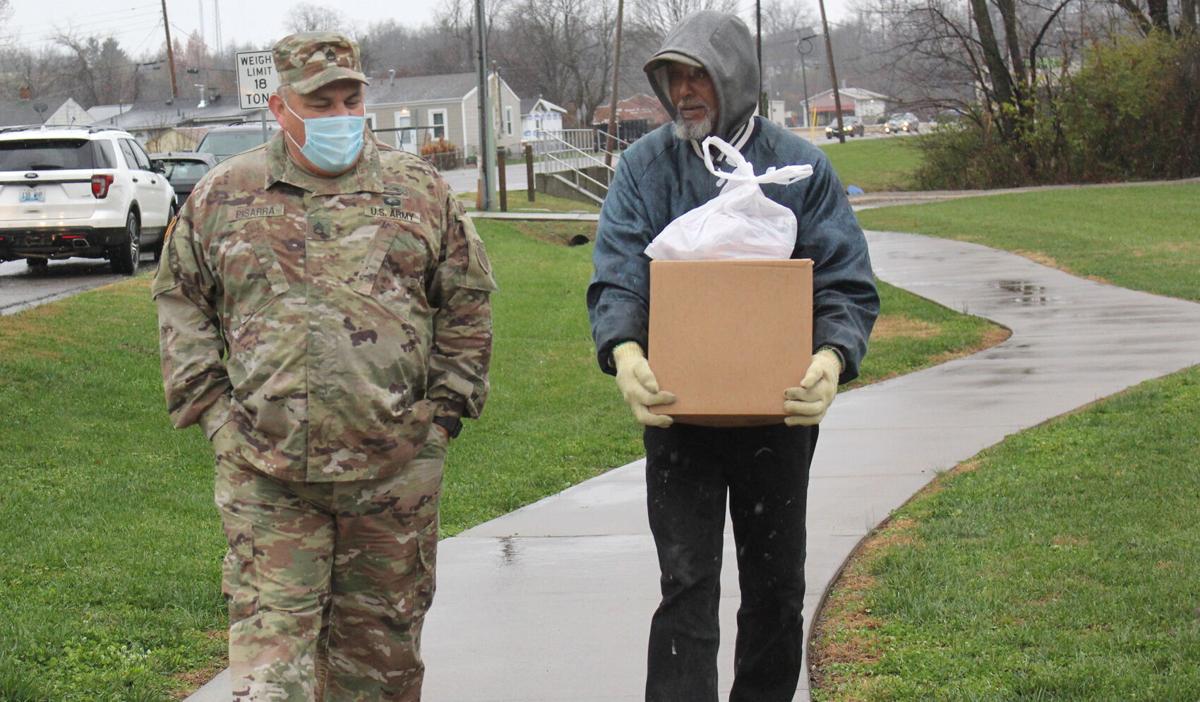 Duncan decided to stop by to see what was going on and ended up leaving with a box full of food.

Feeding America’s mobile food pantry was set up from 9 to 11:30 a.m. in the Haycraft neighborhood. They were providing boxes of food for the area and surrounding downtown neighborhoods in need.

“It’s really nice. Most people are having a rough time. Some people don’t have money to buy stuff,” he said.

According to Jaime Thomas, director of communications and marketing for Feeding America, Kentucky’s Heartland, they planned to give out 300 boxes Monday. Assisting them were a few city of Elizabethtown employees and members of the U.S. Army National Guard.

“We’ve been making food boxes for the elderly, emergency meals and then these meals for them to hand out. We actually made these boxes last week,” he said.

Pisarra said what they do varies from week to week, but Monday was the first time they were able to go out into the community and hand the food out.

“It’s pretty awesome. The guys are having fun,” he said, noting the happiness they were seeing on the faces of those who came to pick up food.

Amy Inman, public relations for the city of Elizabethtown, said Feeding America, Kentucky’s Heartland was able to put the boxes together through Coronavirus Aid, Relief, and Economic Security Act money.

In April, Eliza­beth­town was awarded $115,239 by the U.S. Department of Housing and Urban Development to help the city respond to the ongoing coronavirus outbreak. The city administered the Community Development Block Grant money in October to six local organizations, including Feeding America, Kentucky’s Heartland.

Monday was one of six days that Feeding America has planned to be within the community giving out food. The next mobile pantry will be from 9 to 11:30 a.m. Thursday at the Wesley Hilltop House for residents of the Glendale Hill neighborhood and surrounding neighborhood areas.

The pantry also will be set up from 9 to 11:30 a.m. Friday in the Woodland Drive Mobile Home Park for residents in the surrounding neighborhoods. Inman said the events are entirely contact free. Residents can simply drive or walk up.

“All you have to do is show up,” she said. No identification is required.

Other dates and locations have yet to be determined. Thomas encouraged residents to keep an eye on social media for when they are announced.

Thomas said they’re selecting the areas they set up in based on where they think it would do the most good.

“And we wanted to make sure that we got a wide range around the city so that people could get here easily,” she said.

Inman said the goal was to find areas where they could impact the most amount of people. Thomas said Feeding America, Kentucky’s Heartland has seen a 20 percent increase in need since the COVID-19 pandemic started.