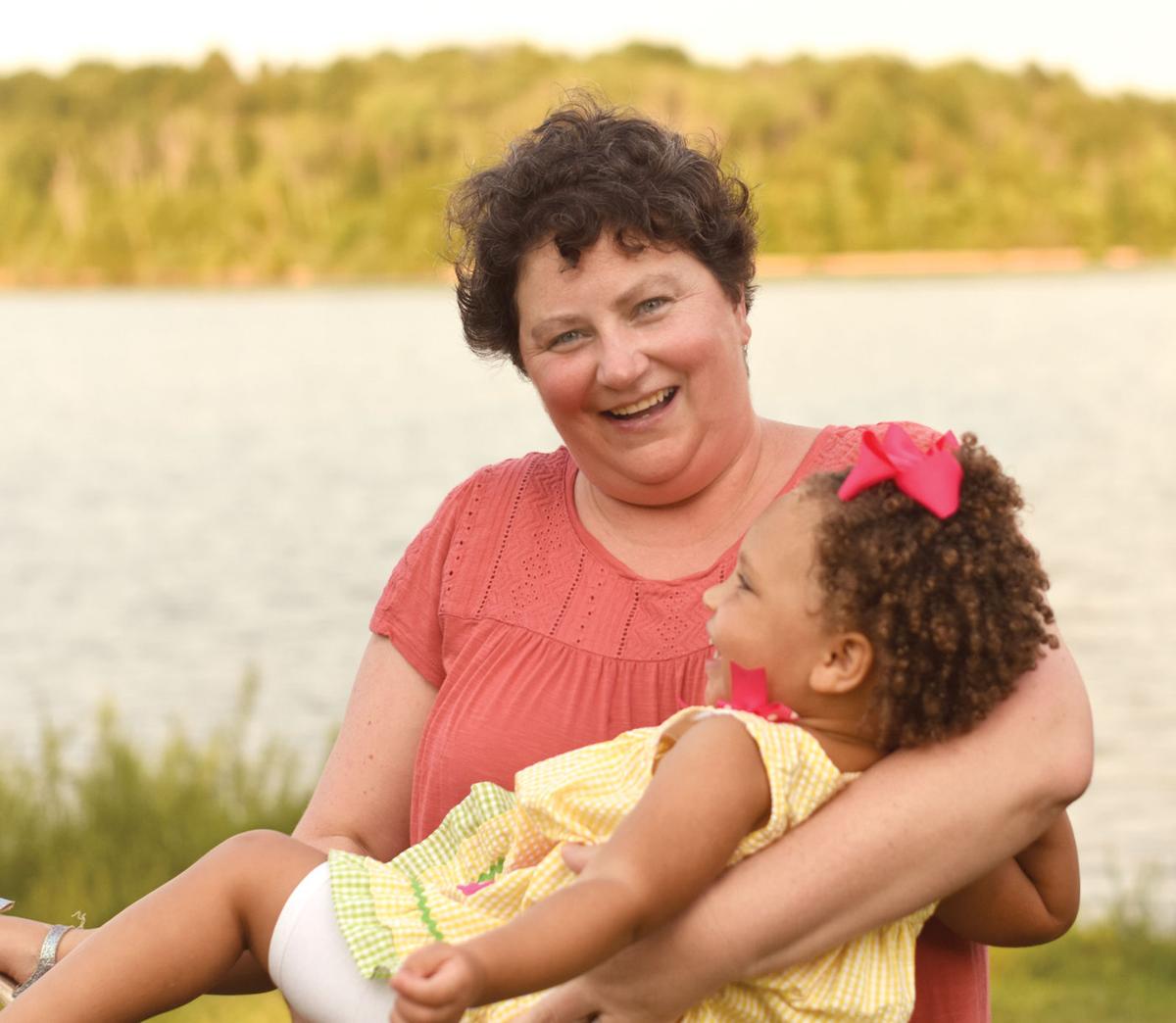 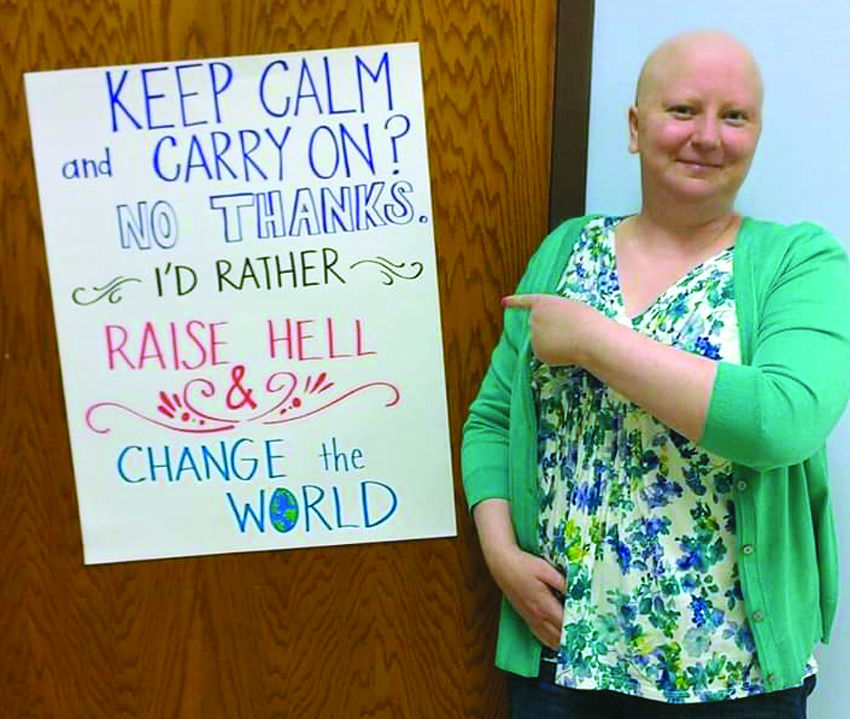 Debbie Folino during the early stages of her battle with breast cancer. She was diagnosed in August 2012. 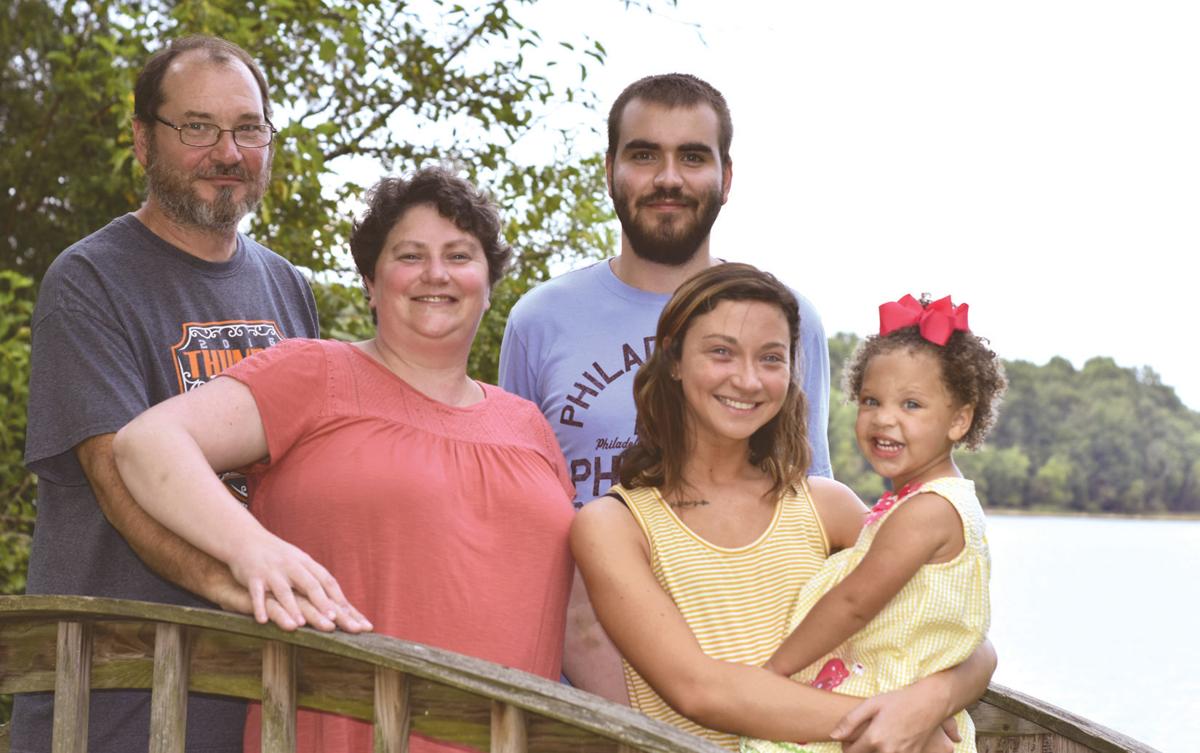 Debbie Folino during the early stages of her battle with breast cancer. She was diagnosed in August 2012.

There were no warning signs when at the time, Debbie Folino, 37 learned she had breast cancer.

There were no lumps or masses during her frequent self-exams. There was no leakage from either of her nipples or sudden breast pain.

All the prominent warning signs most health experts mention about breast cancer were absent in her case.

To Folino, a married mother of two teenagers at the time, that was the scary part of her journey into breast cancer.

Folino said she was at a doctor’s appointment when she was asked to raise her arms above her head. When she did, the side of her right breast “caved in a little bit. It had an indention.”

“Because of my family history, I had always been self aware of breast exams,” said Folino, whose grandmother developed breast cancer at 39. “I was not aware of indentions, and she was concerned about it. She ordered a mammogram and the technician kept taking pictures and at first she was friendly and just chit-chatting about everything … then her face had completely changed and her whole demeanor changed.”

In a span of minutes, Fol­ino’s life was spinning. An ultrasound was performed and a radiologist came in and looked at what had been found.

Folino was told to look for a place where she wanted to be treated for breast cancer.

Her journey had begun.

Less than a month after she was diagnosed, she underwent a double mastectomy. Since cancer was detected in one breast, she feared it would develop as well in her left breast, so she opted to have both removed.

She underwent 16 rounds of chemotherapy at the James Graham Brown Cancer Center in Louisville over about a four-month period, losing her hair and eyebrows. She was scared and fought back.

Since she has been determined to be NED (No Evidence of Disease): Folino has been full of anxiousness, patience and a newfound joy for life, brought on by the birth of her granddaughter, Addy, 2.

She takes daily medication to curb her production of estrogen and to fight off the spread of any cancer cells not killed through chemotherapy. She also has cancer checkups every six months.

Folino said it takes time to live a life free of the disease.

And that is where Folino has been for about seven years now.

But the worry, she said, never stops.

“I try not to think about if or when it could come back,” said Folino’s husband, Nick. “If you dwell on that, you’re not going to be able to enjoy what you have now. I don’t ever think about it.”

Folino bonded with Mary Jane Stillwell, who died in July 2018. They were diagnosed with breast cancer on the same day. They leaned on, supported and loved each other.

Stillwell’s reoccurring challenges with breast cancer were eye-opening to Folino.

“We were there for each other and when I saw how quickly it came back for her, it was hard,” she said. “It was a reality of breast cancer.”

Folino, now 44, said her life has been good since what her husband described as a “roller-­coaster ride” early in her cancer battle.

“Luckily with her, there have been more ups than downs,” he said.

She said her granddaughter has provided a light to an often dark tunnel of fear and concern.

“Addy gives me a brand new purpose in life,” she said. “She brings so much joy to my life. I want to experience everything in life to enjoy with her.”

HOW TO HELP PREVENT BREAST CANCER

STAY LEAN AFTER MENOPAUSE. Obese women have a higher breast cancer risk after menopause. Researchers believe this is because obesity causes estrogen levels to rise.

To maintain a healthy weight, eat a plant-based diet and avoid foods with extra sugar or unhealthy fats.

GET ACTIVE. “Studies show even if you don’t lose weight, exercise

Aim for 150 minutes of moderate physical activity or 75 minutes of vigorous activity each week. Whether it’s biking, swimming or another activity, try to get your heart rate up.

drink a day (12 ounces of beer, 5 ounces of wine, 1.5 ounces of liquor) can increase your risk for breast cancer. Researchers aren’t exactly sure why. It could be because alcohol is an empty calorie and leads to unwanted weight gain. Or because alcohol can increase levels of estrogen and other hormones associated with breast cancer. The risk associated with alcohol still is relatively low, but it’s important to make sure exceeding that limit doesn’t become routine.

their exposure to estrogen. And mothers who breastfeed past the

recommend six months can have additional benefits too.

TALK TO YOUR DOCTOR. Talking to your doctor can help you tell

the difference between normal changes in your body and signs

“Your doctor can help you determine if you need additional

screening, earlier screening or genetic testing based on your individual