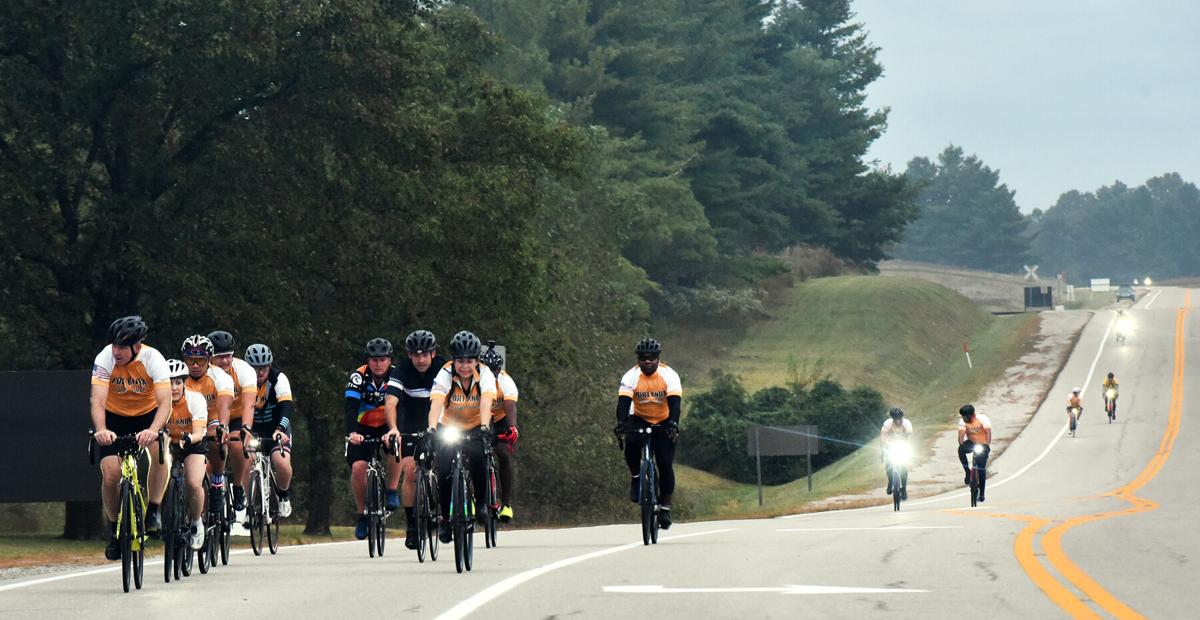 Riders with the Fort Knox Cycling Club take part last weekend in a ride. Members of the club have been making strides to increase their time riding. 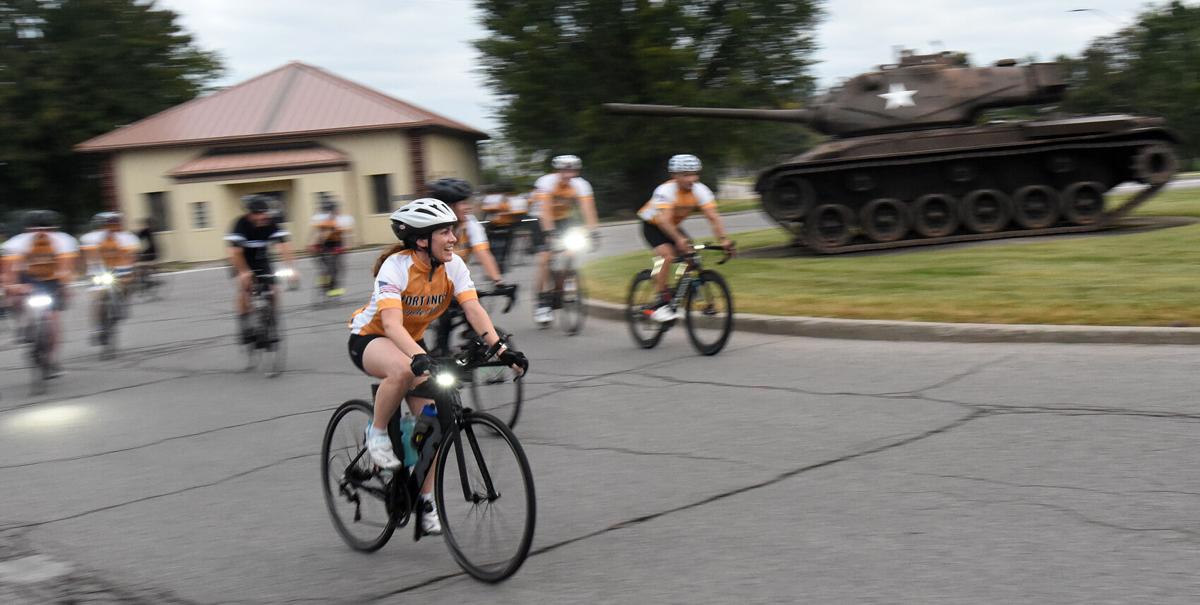 Cyclists took part in a ride last weekend on Fort Knox. The cycling club is divided into groups based on skill, so more inexperienced riders do not feel intimated by riders who are faster than them.

Riders with the Fort Knox Cycling Club take part last weekend in a ride. Members of the club have been making strides to increase their time riding.

Cyclists took part in a ride last weekend on Fort Knox. The cycling club is divided into groups based on skill, so more inexperienced riders do not feel intimated by riders who are faster than them.

That’s more than just a hashtag for one commissioned officer at Fort Knox who is determined to move a local cyclist club to the next level, thanks in part to the COVID-19 pandemic.

Intent on bringing back the fun and camaraderie of riding and racing bicycles, Commandant of 83rd U.S. Army Reserve Readiness Training Center Lt. Col. Dean Powell, along with members of the Fort Knox Cycling Club, have been making strides toward increasing their numbers.

“We’re trying to encourage cyclists of all types just to get out and ride; not worry about speed,” said Powell, the club president. “In these times of COVID, you’ve got to get moving. Many people are staying indoors, but the biking industry is taking off.”

Powell said he was accustomed to riding alone when he arrived at Fort Knox less than two years ago. Prior to being stationed at the post, he had been riding alone for seven years, and was shocked to find out there was an actual cycling club on post.

“I didn’t know anything about it, so whenever I arrived here, I saw two gentlemen with bikes over at (U.S. Army Recruiting Command),” Powell said. “I stopped and small talked with them; rode two or three times. Before I knew it, I was connected to the Fort Knox Cycling Club.”

At that time, six to eight group members would meet and ride three times a week. What a difference a year makes, Powell said.

“There are a lot of people who are logged in as members of Fort Knox Cycling Club. Some of them do it just for notifications of rides but don’t consistently come out,” Powell said. “Some are intimidated.”

Powell said it’s those last members who he wants to encourage to join in on future rides.

“There’s fast, and there’s slow,” he said. “If the fast guys are riding, the slow people are intimidated and don’t want to show up. I understand that.”

As a result, they have revamped their rides to group cyclists based on ride times and experience. Much like a U.S. Army ability run, Powell plans to keep riders within a particular group to encourage participation while helping them better their times.

The fastest group, what Powell calls the A Group, or race group, will average more than 19 mph. B Group will consistently ride about 18-19 mph.

“We might have a few who could be in the A Group, but most of us fit more comfortably in the B Group,” Powell said.

He also is forming a novice group for those starting out in cycling.

The club also participates in races when they can. Powell said the club fared well Sept. 19 at the Hub City Tour in Elizabethtown.

“Some did the metric century, which is 62 miles,” Powell said. “There were three of us who did the century, which is 100 miles. To my knowledge there was only one individual who finished in front of the FKCC team.”

They finished the century ride in 5 hours, 29 minutes.

Powell showed off a picture of the team sporting a new jersey — another change designed to encourage participation. He said several members have ordered one, which features classic Army colors of gold and black and the official Fort Knox emblem.

Powell attributes another change with drawing even greater interest — the use of a walk/run/bicycle app called Strava. The app tracks times and distances, connects to a GPS watch or computer, and link racers up with ride announcements and encouragement. Since the “Fort Knox Cycling Club” group was established in the app in September 2019, it has grown to nearly 100 cyclists.

The changes seem to be working.

“We have had a two-star (General) ride with us and all ranks down to E4,” Powell. “We have also had family members travel through here to meet their soldier and jump in on a few rides with us.”

An early morning ride last Saturday on post highlighted Powell’s efforts. More than 30 riders showed up for a 10-miler around post, and Powell received support from military police officers, who blocked key intersections to keep the riders safe.

“A simple Strava cycling club has brought so many soldiers and civilians together where they would have never met,” Powell said. “We’ll continue to thrive as we get moving. And when the time comes to move away, we’ll pass this along to other soldiers so they can carry the mantle forward.”