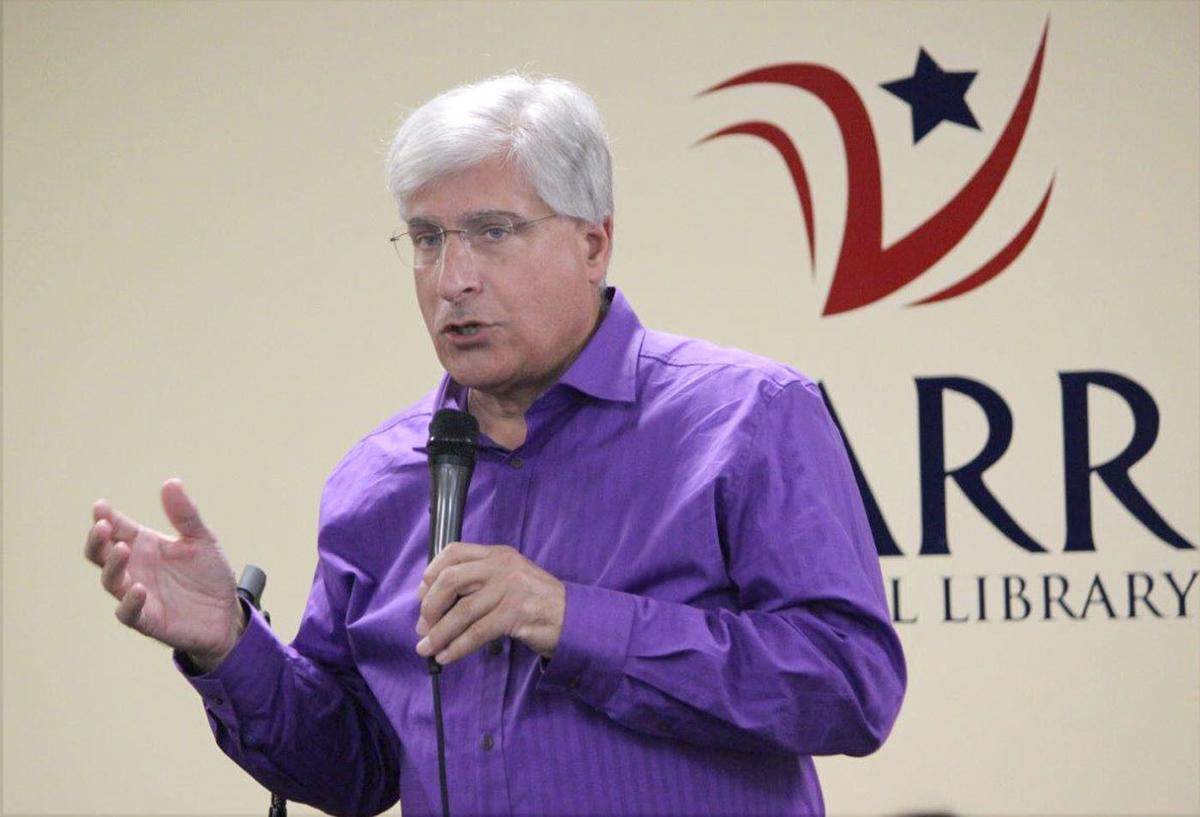 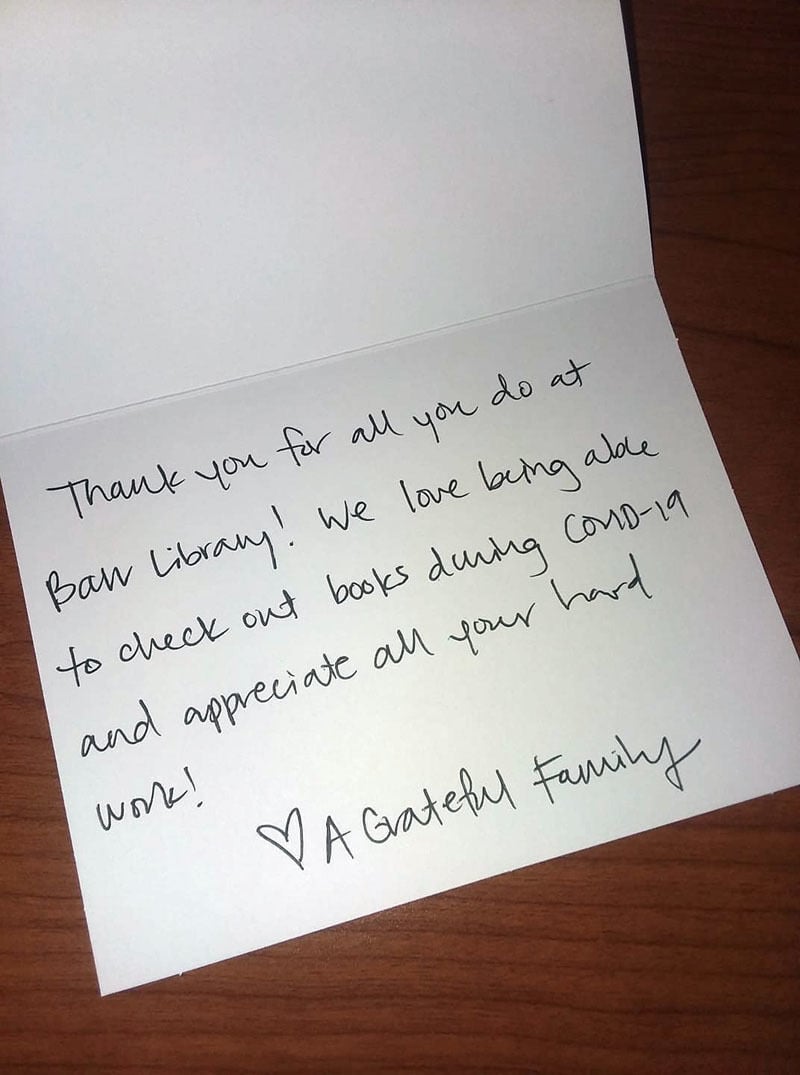 An anonymous note sent to the staff at the library for what they did during COVID-19.

An anonymous note sent to the staff at the library for what they did during COVID-19.

The Barr Memorial Library at Fort Knox received the 2020 The Library of Congress FEDLINK Library of the Year award.

“The program recognizes a federal library, librarian and library technician each year for achievements focusing upon outstanding service, innovation and meeting patron needs,” Barr Director Michael Steinmacher said. “Any library that is part of the federal government is able to be nominated and the Library of Congress actually gives two awards, based on staff size, for large and small libraries each year.”

The library, which was recognized in the small library division, also was honored with the award in 2014.

“Receiving it for a second time is incredibly gratifying and reinforces for me that we’ve been able to sustain or improve quality, breadth and depth of services despite the challenges of the last six or seven years,” Steinmacher said.

He said he’s not sure how many libraries Barr competed against but said there are some incredible libraries across the government.

“It’s a pretty remarkable feeling, although it’s like so much related to 2020 – it’s sort of a foggy, surreal experience,” he said. “Obviously, we’re very proud, but it has not sunken in for me yet.”

Steinmacher said it’s sometimes hard to remember a time before COVID-19, but in the part of the year before the pandemic hit, he said the library was able to offer programs such as the Authors at Your Library series and Star Wars Reads Day.

“But the bulk of my memory, and I think the creativity and innovation we’re largely being acknowledged for with this recognition, came with COVID,” he said.

“We created a contactless carryout service that other Army libraries were quick to adopt and adapt,” he said. “It’s hard to quantify it or articulate it, but I think a good deal of the award goes back to the staff’s response to the crisis – both in adapting and doing everything they could to offer as great a level of service as possible but doing it in a responsible way to protect their health and that of our of patrons.”

The recognition has even more significance coming in a year like 2020.

Other than a short time in late March and April, the library has been open at some level that increased as health conditions allowed, Steinmacher said.

“I think the lion’s share of credit goes to the library staff for this award,” he said. “No one went into the fiscal year in 2020 looking to win an award or even having an inkling that a global pandemic would turn everything, including libraries, on their heads.”

But Steinmacher said 2020 at the library won’t be remembered about the circumstances that surrounded the pandemic.

“It will be about how the staff’s dedication, ingenuity and perseverance rose above all that to not only keep Barr going, but to do it in a creative way that kept serving in exemplary ways despite the obstacles,” he said.

Becca Owsley can be reached at 270-505-1416 or bowsley@thenewsenterprise.com.