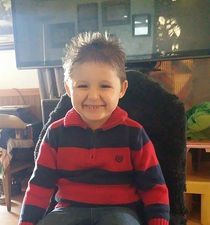 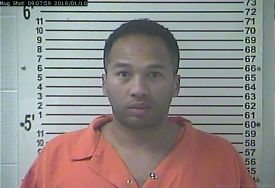 A Radcliff man, charged and indicted in January as a suspect in the death of a 4-year-old boy in his care, will appear Tuesday afternoon in Hardin Circuit Court.

Billy Paul Embry-Martin, 33, a foster parent to Hunter Payton, is charged in his May 10 death inside their home.

According to an arrest citation, Payton died from a head injury. Court records indicate there was a “substantial” injury to the back of the child’s head.

Embry-Martin, who was arrested Jan. 11, has been free on bond from the Hardin County Detention Center since Feb. 6 when an Elizabethtown couple posted a $200,000 cash bond and $100,000 property bond, according to court documents.

As part of the bond conditions, Embry-Martin is to have no contact with any person 18 or younger and not consume alcohol.

Embry-Martin was arrested after a final report from the state Medical Exa­miner’s Office in Louis­ville determined the boy died from an inflicted head injury, according to an arrest warrant. He is charged with murder and could face life in prison, if convicted.

Radcliff Police Depart­ment was contacted May 8 by Norton Children’s Hospital in Louisville in reference to possible child abuse after Hunter was transported there from Hardin Memorial Hospital. When Hunter arrived at the hospital, he was unconscious and not breathing, according to the warrant.

He was pronoun­ced dead at 8:15 a.m. May 10. An autopsy was performed the next day and final findings from examinations were completed Dec. 27.

Hunter was one of three children under Embry-Martin’s foster care. He was the only child at the Black Ravens Court home in Rad­cliff when he sustained the injury, according to the warrant.

The other children were removed from the home shortly after Hunter’s injury. One of the children — a 4-year-old — was a foster child. A 2-year-old in Embry-Martin’s care had been adopted, according to court records.

According to court documents, Hunter also suffered a bruise over his left eye, a knot on his head and facial bruising. Embry-Martin reportedly told authorities the child had fallen from a chair that court documents indicate was 26 inches from the floor to the seat.

Elizabethtown attorney Ron Hines, who is representing Hunter’s family, said he had been in foster care since March 6 at the home of Embry-Martin and his husband. Hunter was from Caneyville.

Radcliff Police Chief Jeff Cross has said it is with Embry-Martin “where we believe the responsibility lies.”