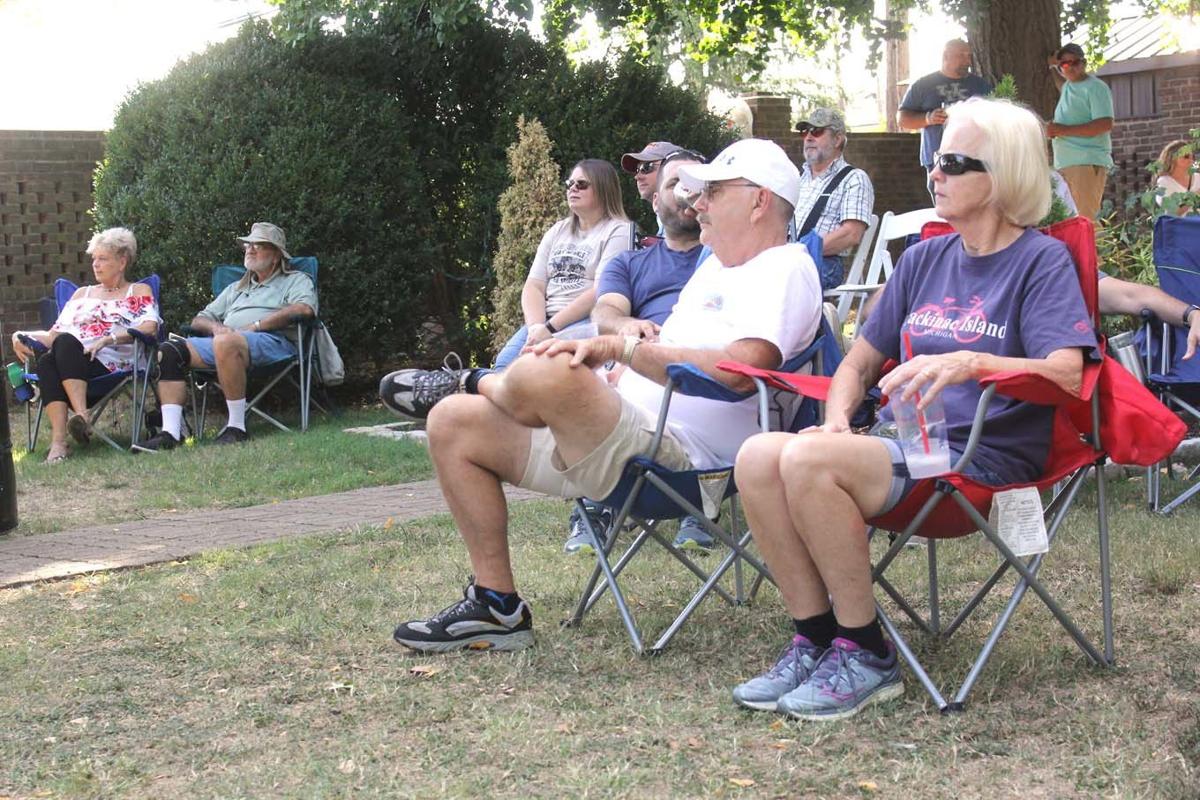 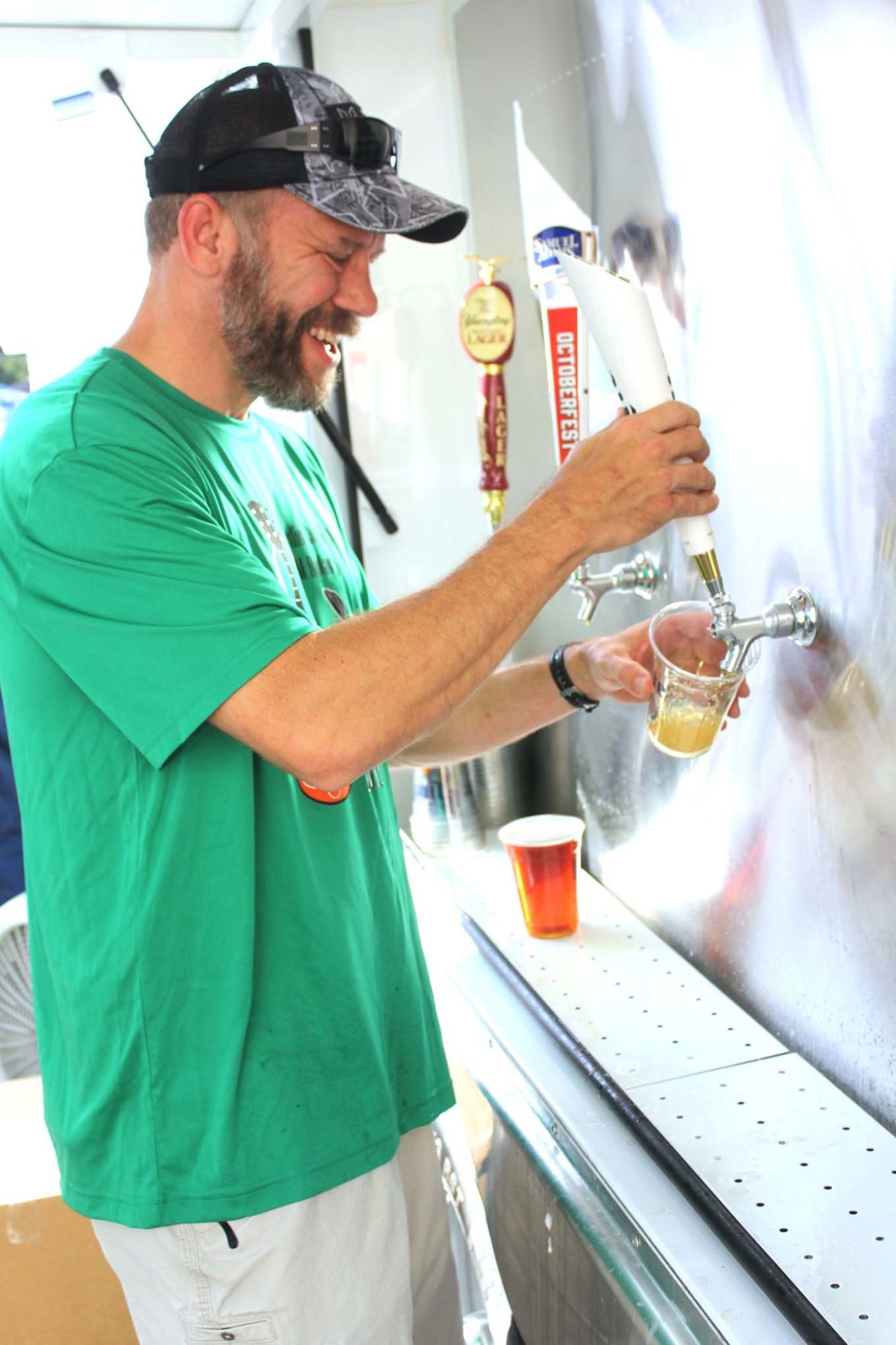 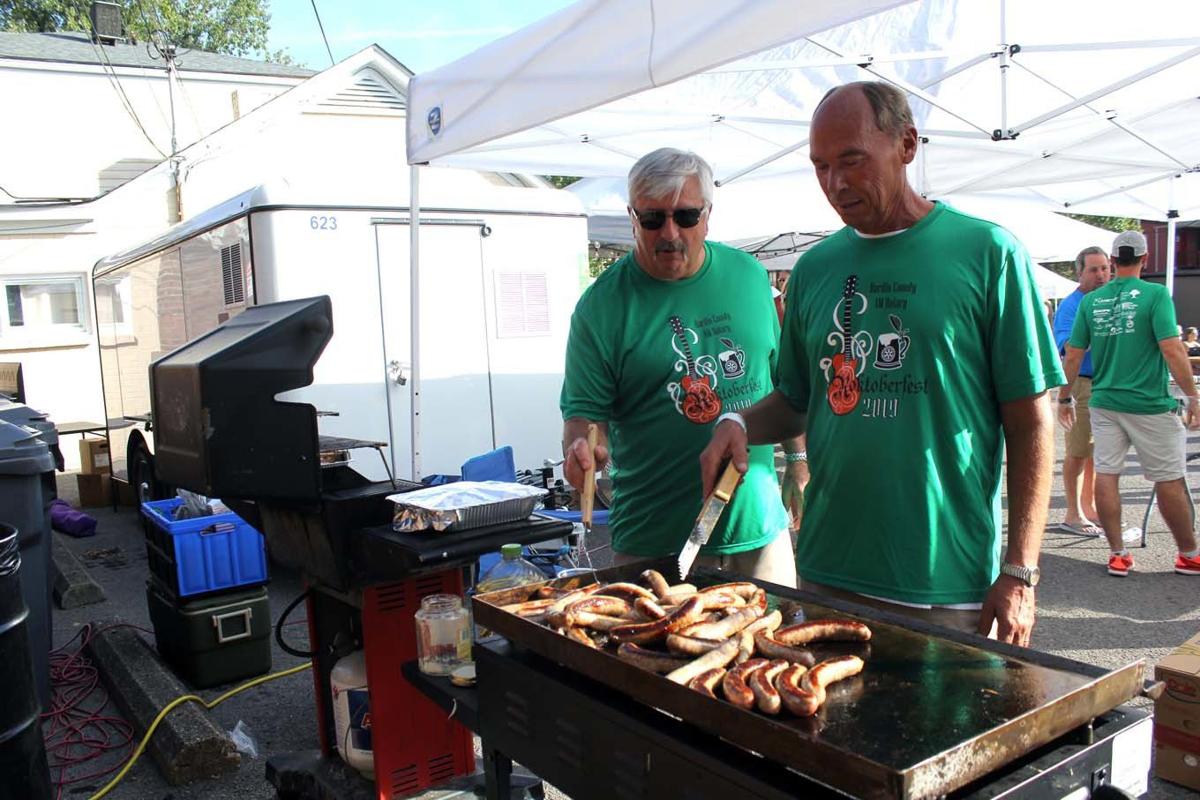 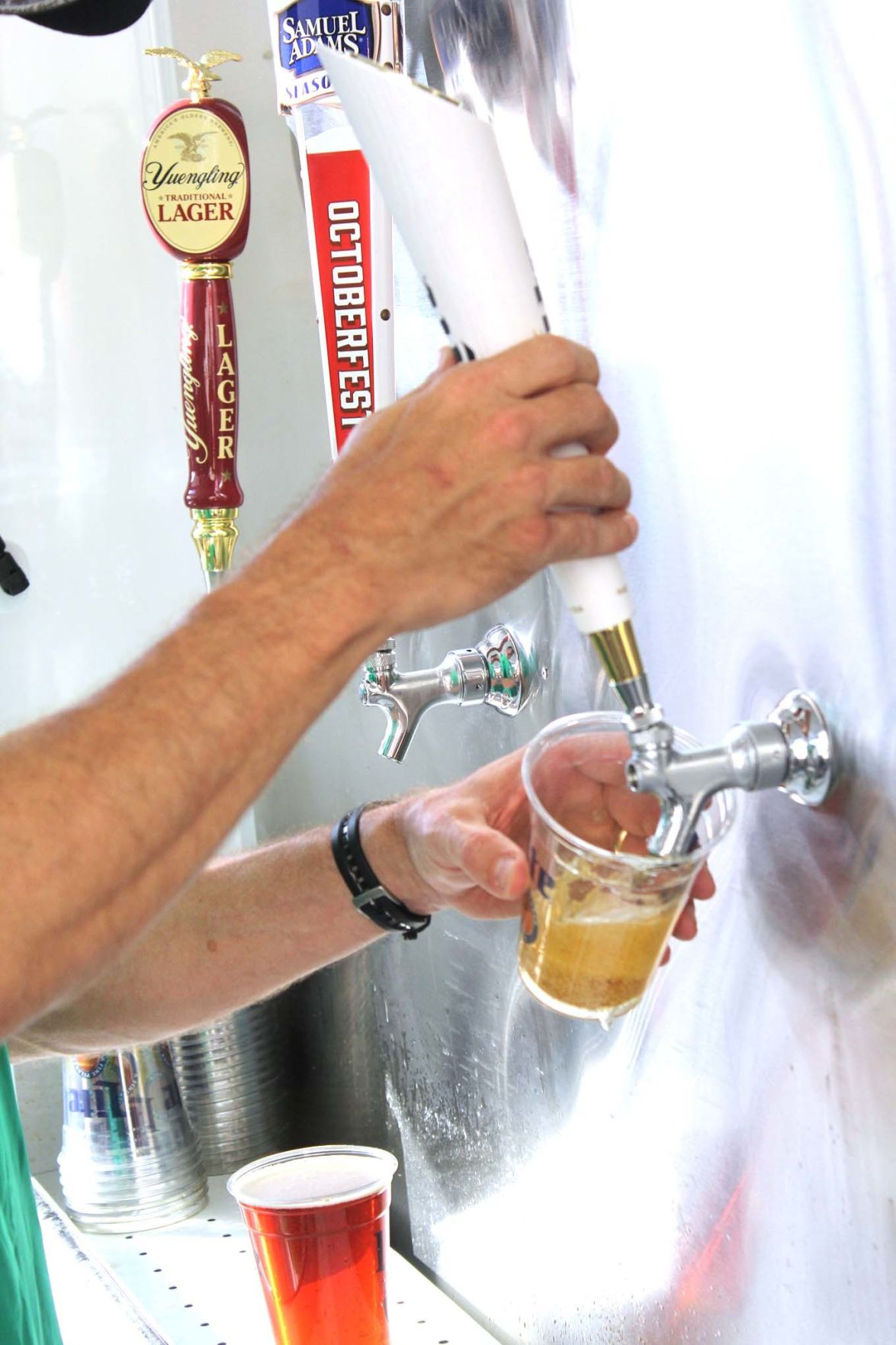 A beer is poured Saturday during Hardin County AM Rotary Club's Roktoberfest in downtown Elizabethtown. 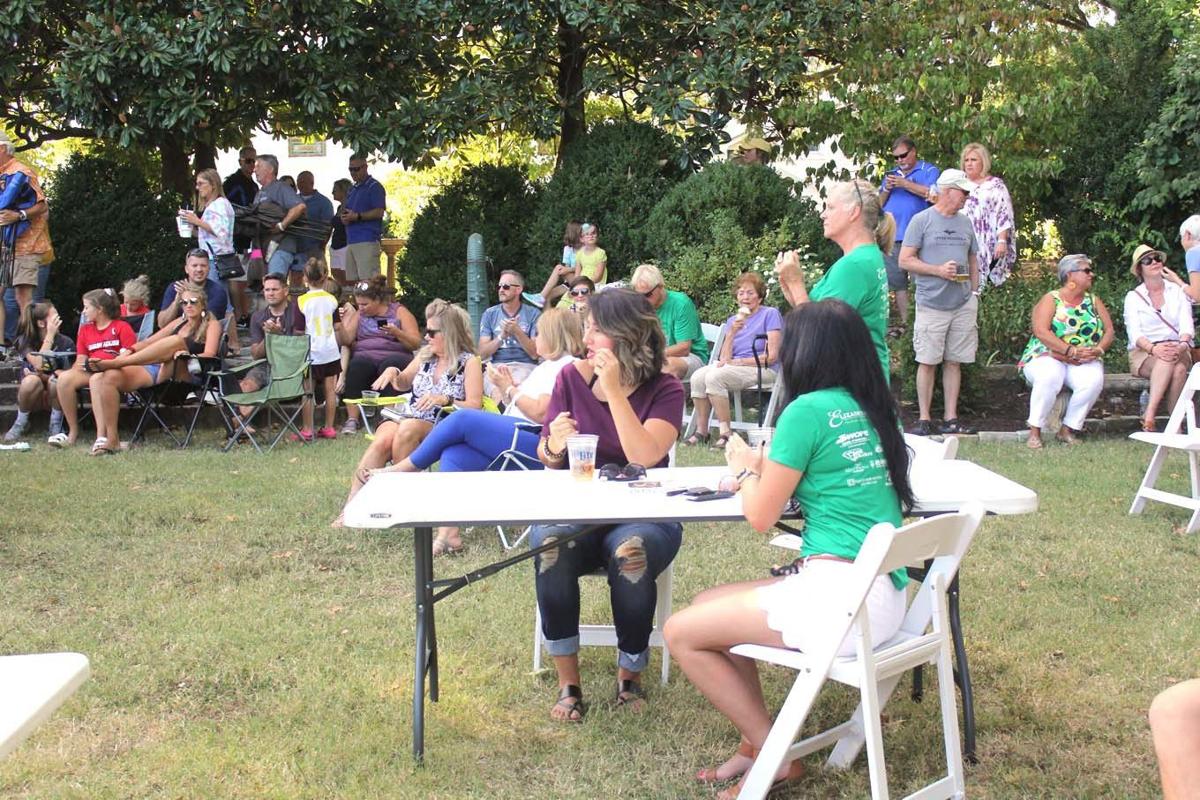 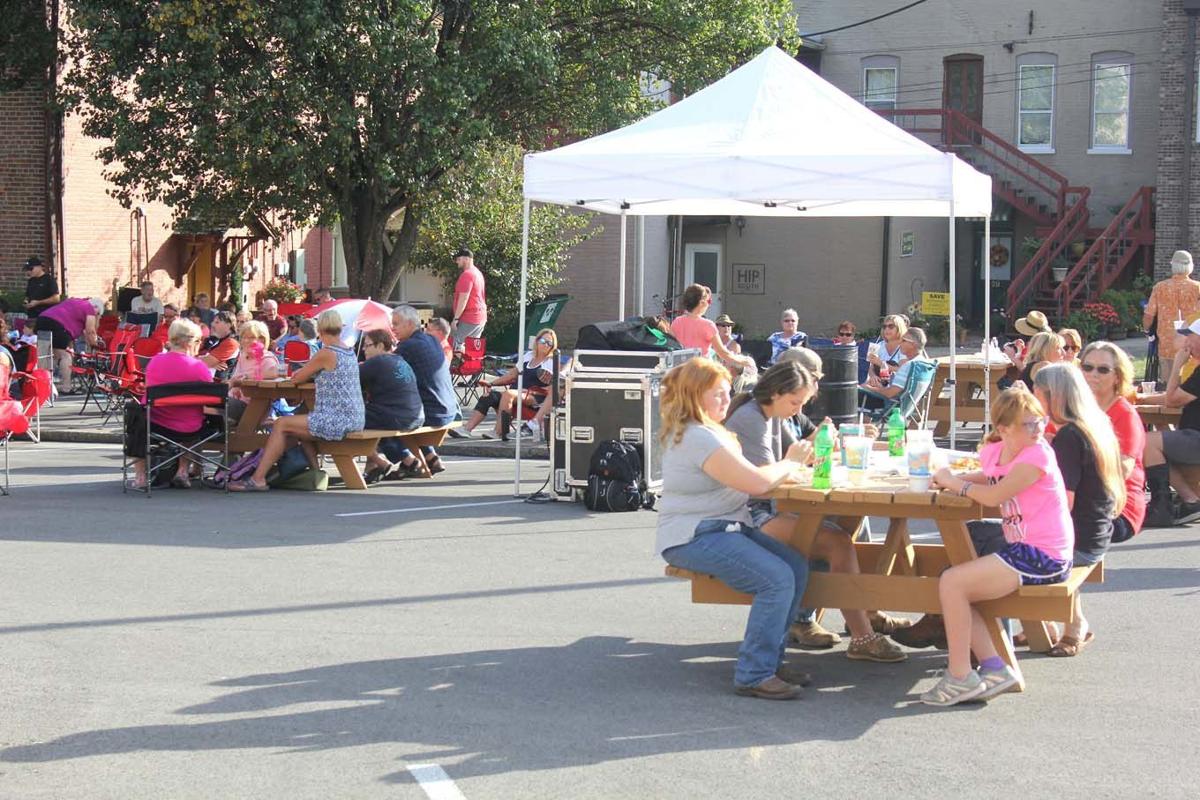 A beer is poured Saturday during Hardin County AM Rotary Club's Roktoberfest in downtown Elizabethtown.

The Brown-Pusey House gardens and the Cherry Alley parking lot in downtown Elizabeth­town were transformed Saturday evening into a German-style Ok­toberfest for Hardin County AM Rotary Club’s fifth annual Roktoberfest.

The event offered beer and brat­wurst along with other foods and live rock music.

The beer booth offered draft beer such as Yuengling, Sam Ad­ams and Miller and food trucks also were available to offer attendees a meal with their brews.

Van Winkle & The Spirits from Bow­ling Green kicked off the night’s music in the gardens, entrancing people with their tunes.

Then The Crashers, formerly known as The Louisville Crashers, closed out the night until the festival wrapped up at around 10 p.m.

A popular band for both public festivals and private events such as weddings, The Crashers’ extensive repertoire covers artists from The Proclaimers to Bruno Mars. Dupree said The Crashers also head­lined the event two years ago.

Festival attendee Brenda Tho­mas said The Crashers were what influenced her decision to attend the event. It was her first time participating.

“We come to the Tavern in the Garden every week. We’ve done that for several years,” she said. However, she and her husband, Lacy Thomas, belong to the Red River Gorge trail group, which normally meets the second weekend of the month.

“This time I told him, I am not missing the Louisville Crashers,” she said. “I’ve heard such good things about them that I want to hear them.”

Brannon Dupree, president of Hardin Coun­ty AM Rota­ry Club, said the festival is their biggest fundraiser of the year. He said pro­ceeds from the event go toward the club’s pro­ject investments such as student scholarships, Green­­space and the Eli­za­­beth­­town Edu­ca­tio­n­al Foundation.

Along with raising money for their club, Du­­p­ree said Rokto­ber­fest also acts as an economic boost for downtown Eli­z­a­beth­town.

He said Roktoberfest wouldn’t be possible with­out all the support from the city, community members and their spon­sors, including South Central Bank and Elizabethtown Tour­ism and Convention Bureau.