Sign Up
Log In
Purchase a Subscription
You are the owner of this article.
Edit Article Add New Article
You have permission to edit this article.
Edit
Home
News
Sports
Opinion
Life
Celebrations
Obituaries
Marketplace
Local Events
Public Notices
Contests
Local Directory
1 of 3 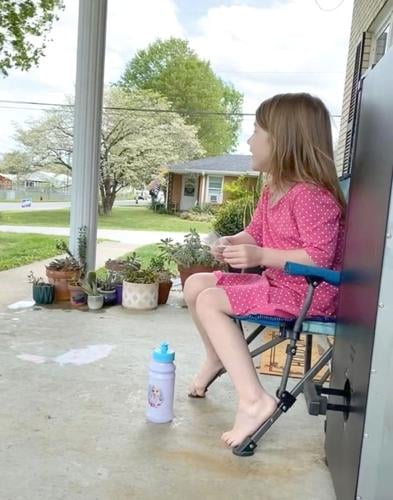 Peyton Rae Johnson sits on the front porch calling out speeders in a video her mother posted on Facebook. 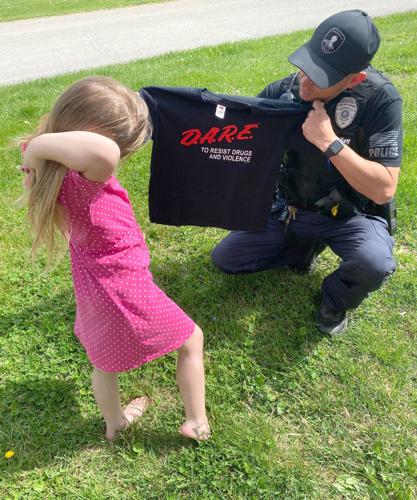 Peyton Rae Johnson, 4, receives a T-shirt from Officer Terry Riley from the Hodgenville Police Department after the department learned about her awareness of speeders in her neighborhood. 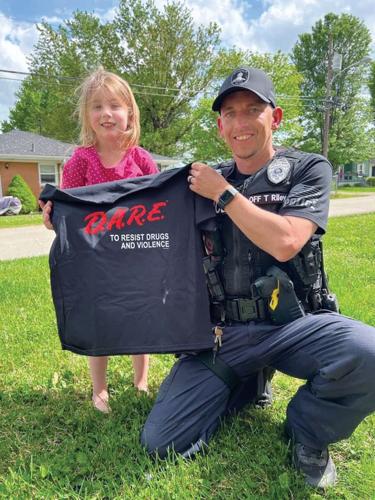 Peyton Rae Johnson, left, stands with Officer Terry Riley during his visit to her home after learning about her speeding awareness from her front porch.

Peyton Rae Johnson sits on the front porch calling out speeders in a video her mother posted on Facebook.

Peyton Rae Johnson, 4, receives a T-shirt from Officer Terry Riley from the Hodgenville Police Department after the department learned about her awareness of speeders in her neighborhood.

Peyton Rae Johnson, left, stands with Officer Terry Riley during his visit to her home after learning about her speeding awareness from her front porch.

Peyton Rae Johnson may just be 4-years-old, but she has an eye out for traffic offenders in her Hodgenville neighborhood.

“It made me laugh, so I started videoing her,” Johnson said.

Peyton said she picked out the cars she thought looked like they were driving too fast from her front porch speed trap.

“Most of the people that I saw,” she said.

Johnson said her daughter thinks everyone drives too fast.

“If it was up to her, everyone would be in jail,” she joked.

Johnson tagged the Hodgenville Police Department when posting a video on Facebook because she thought it was funny.

“I didn’t expect Chief Richardson to reach out to me,” she said. “That’s one of the things we love about living in a small town, the police care about the community.”

Officer Terry Riley with HPD said they saw the post on Facebook of a little girl bringing attention to speeders at her home. The chief contacted him and sent him to talk to her and thank her for bringing awareness to the issue in her neighborhood. He also grabbed a T-shirt to take to her.

“HPD is a small agency and we use every opportunity to bring awareness to community issues,” Riley said. “We try and involve the community as much as we can so that people see we want to work with them to solve problems. I think we have done a good job of that in the past several years.”

Peyton was excited the officer came to visit.

Johnson said Peyton and Officer Riley had a conversation about how people drive too fast.

“He told her he’d be on the lookout for people that are going too fast,” she said.

Johnson said the visit from Riley made Peyton’s day and he was patient with her because she often gets shy in front of others.

Many have talked about how much they enjoyed the video and how cute it is, Johnson said.

When asked about it by others, Johnson said Peyton can get shy about the whole thing.

“But when it’s just us, she talks nonstop about how Officer Riley came to see her,” Johnson said. “She loves attention, even if she pretends she doesn’t.”