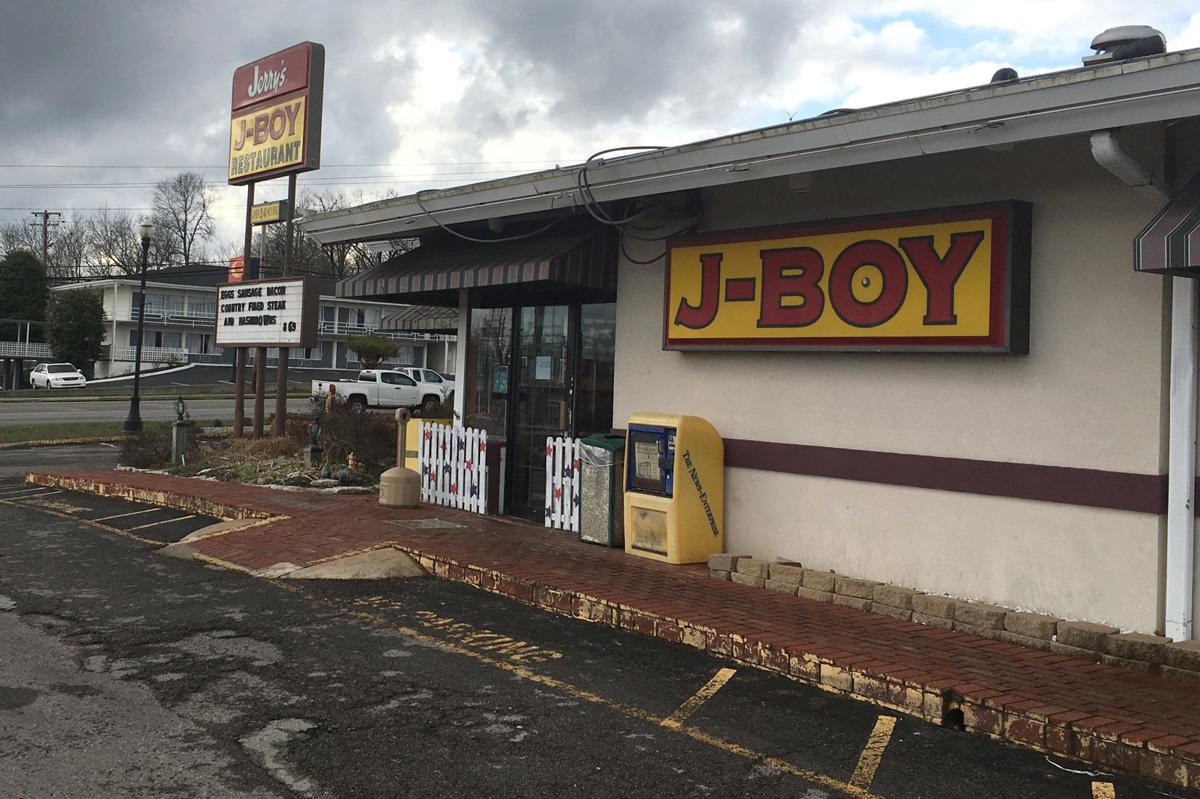 One of the last remaining Jerry’s J-Boy Restaurant locations at 240 N. Dixie Blvd. in Radcliff closed earlier this week. The business opened there in September 1963. 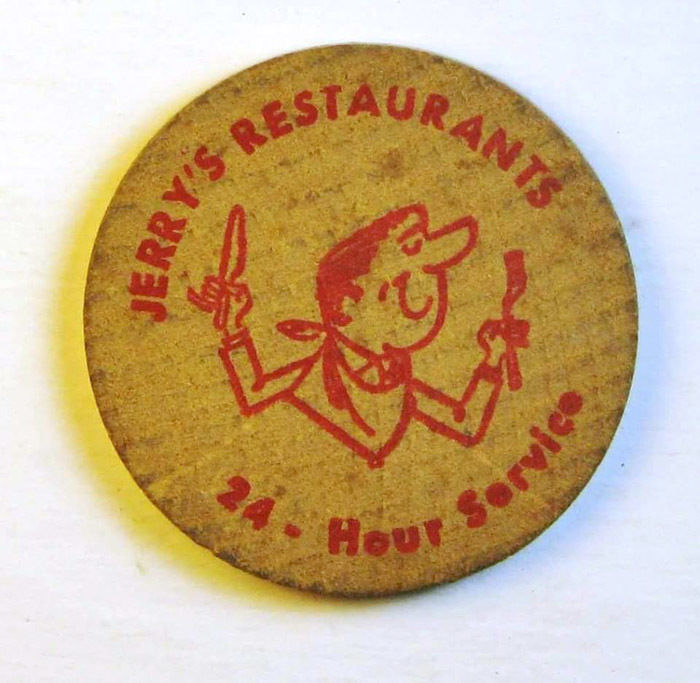 To promote its round-the-clock service, Jerry’s once distributed wooden nickels like this one. 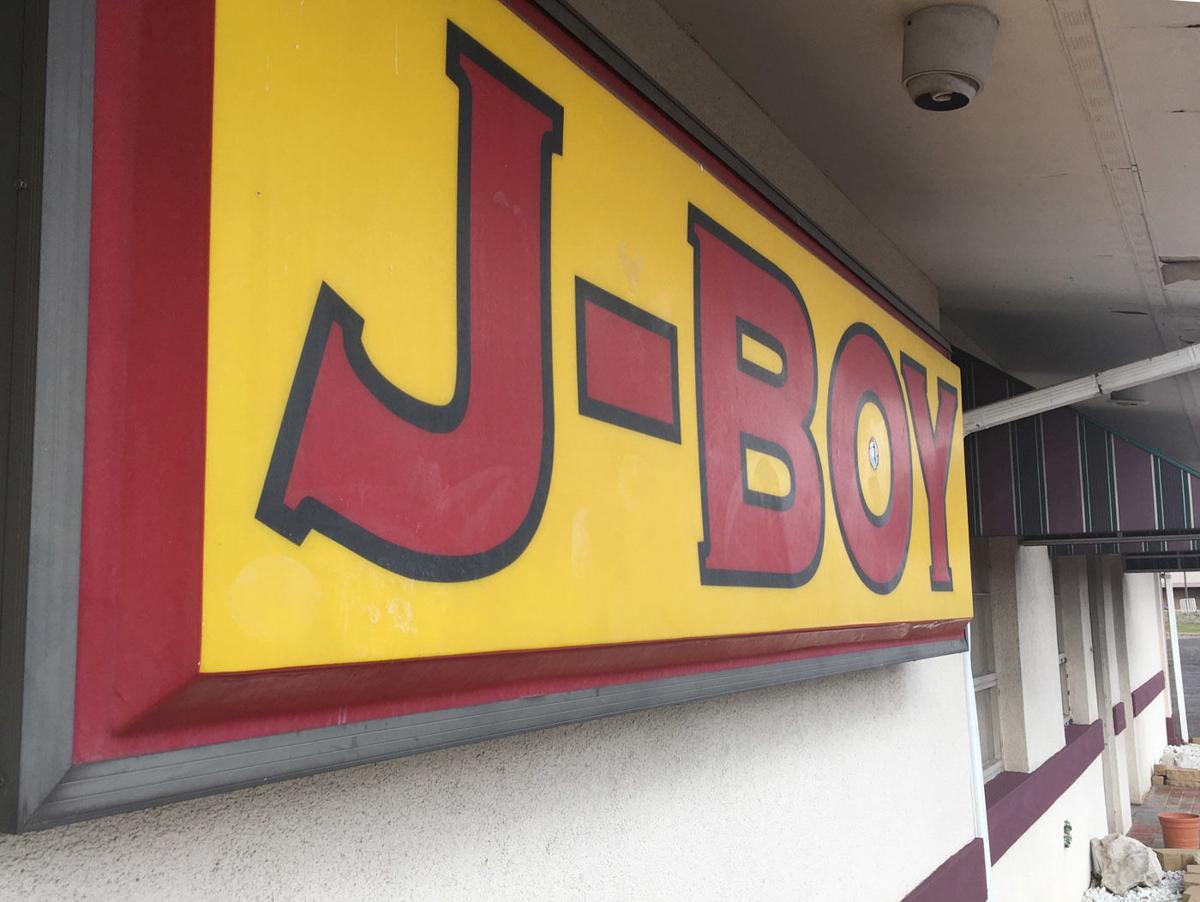 Jerry’s added the name J-Boy to its restaurant title to recognize the popularity of its double-decker deluxe hamburger. Its business in Radcliff, one of the company’s last remaining locations, closed after more than 56 years.

One of the last remaining Jerry’s J-Boy Restaurant locations at 240 N. Dixie Blvd. in Radcliff closed earlier this week. The business opened there in September 1963.

To promote its round-the-clock service, Jerry’s once distributed wooden nickels like this one.

Jerry’s added the name J-Boy to its restaurant title to recognize the popularity of its double-decker deluxe hamburger. Its business in Radcliff, one of the company’s last remaining locations, closed after more than 56 years.

A fixture in Radcliff for more than 50 years, Jerry’s J-Boy Restaurant, is closed.

The doors are locked on a business long open 24 hours a day. Besides a hand-lettered sign simply saying, “Closed” on the entrance, there’s no explanation to guests. As traffic zips by along the 200 block of North Dixie Boulevard, the signage out front still promotes a country fried steak breakfast platter on one side with a message about a beans and cornbread meal on the reverse.

The tables inside sit empty with the Blues Brothers statues still in place staring across a vacant dining room.

The business closed Monday, accord­ing to Pete Countryman, a semi-­regular customer who recalls his first meal there in June 1966, shortly after his family had returned to the area after his father’s three-year U.S. Army tour in Germany. Some neighbors treated him to his first J-Boy, the double-decker hamburger that later was added to the restaurant’s name.

“It was a huge treat. Of course, there wasn’t much here then,” he said. “I remember sitting in the booth looking out at the traffic on Dixie.”

As an adult, he said he returned to the restaurant in part for a sense of nostalgia.

“In its own way, it was a piece of Americana,” Countryman said.

Jerry’s in Radcliff opened September 1963, according to an advertisement shared by Paul Urbahns, a local historian, who has memorabilia from the restaurant’s earliest days. An early menu promised a complete Italian spaghetti dinner for $1, a four-piece fried chicken dinner for $1.15 and the J-Boy sandwich box, which included fries and cole slaw, sold for 90 cents.

When it opened, Jerry’s offered car-hop delivery to vehicles from orders placed through speakers such as those found in drive-in theaters of the era.

As one of Radcliff’s earliest chain restaurants, it was a popular place for young people to go to be seen, according to Urbahns. He related a story often told by his late wife, Sandy, who was born and raised in Radcliff. She said teenagers would spend an evening cruising in a loop through the parking lots of Dog n’ Suds on North Wilson Road to Burger Queen, where The Cecilian Bank now sits, across Dixie to Jerry’s and on to the nearby hamburger stand known as Hottie’s.

According to a history of the restaurant company, it was named for its founder Jerry Lederer, a Louisville resident, who started a 14-seat diner in Lexington shortly after World War II. He was joined in 1948 by Warren W. Rosenthal, who became the chief executive officer in 1957, the year the company began franchising. At its peak, Jerry’s had as many as 67 locations.

As their business grew, the owners established the corporate name Jerrico. The company also created the Long John Silver’s and Fazoli’s fast-food chains.

Jerrico sold its 46 company-owned Jerry’s locations in 1990 to Great American Restaurants, an Atlanta-based company which reportedly was the largest franchisee of Denny’s. It converted many of the restaurants to the Denny’s format including the location off North Mulberry Street near Interstate 65 in Elizabethtown.

Radcliff was one of the last remain locations. A Jerry’s on Elizabethtown’s southside closed in December 2014. The building was renovated and has been home to Deez Butts BBQ since September 2018.

Radcliff officials said they had heard the owners had plans to sell the property but were unsure of the current status. Mayor J.J. Duvall said the fire department responded to call at the restaurant over the weekend but found no damage. He did not know if that influenced the closure.

Attempts to reach the company Wednesday were unsuccessful.

“You hate to see a long-time business like J-Boy leave,” Duvall said. “We’re sure a lot of people have a lot of memories they shared there.”