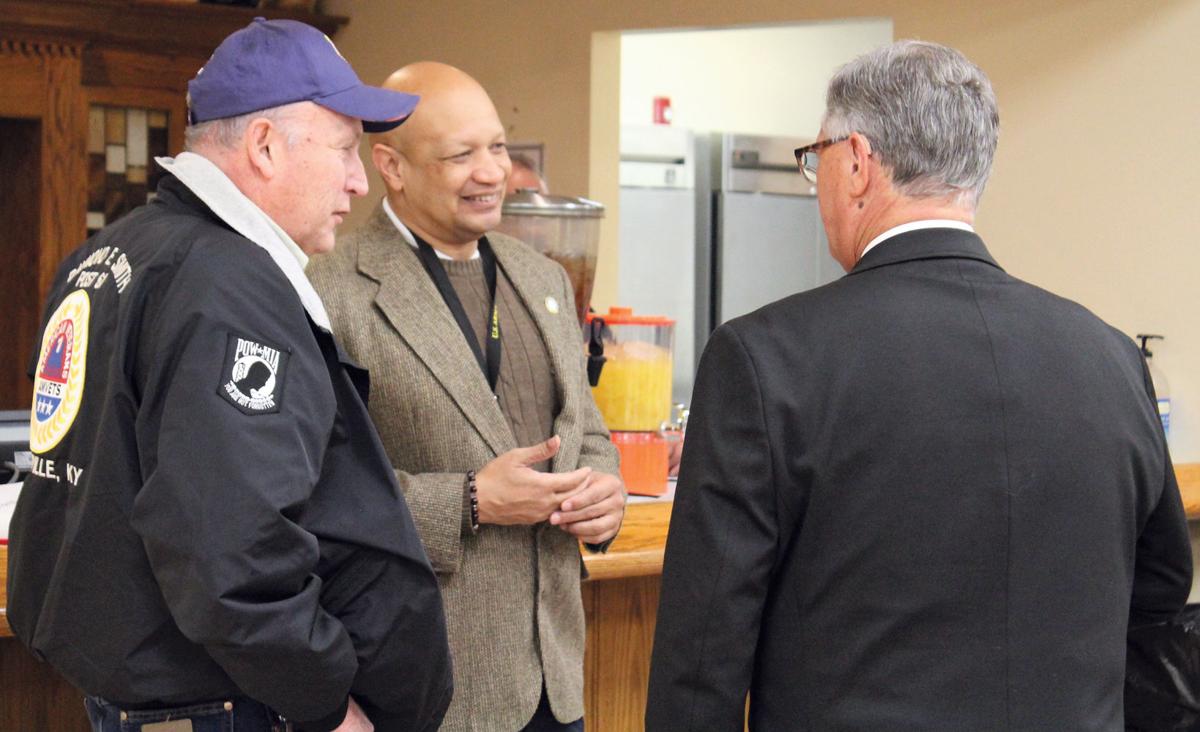 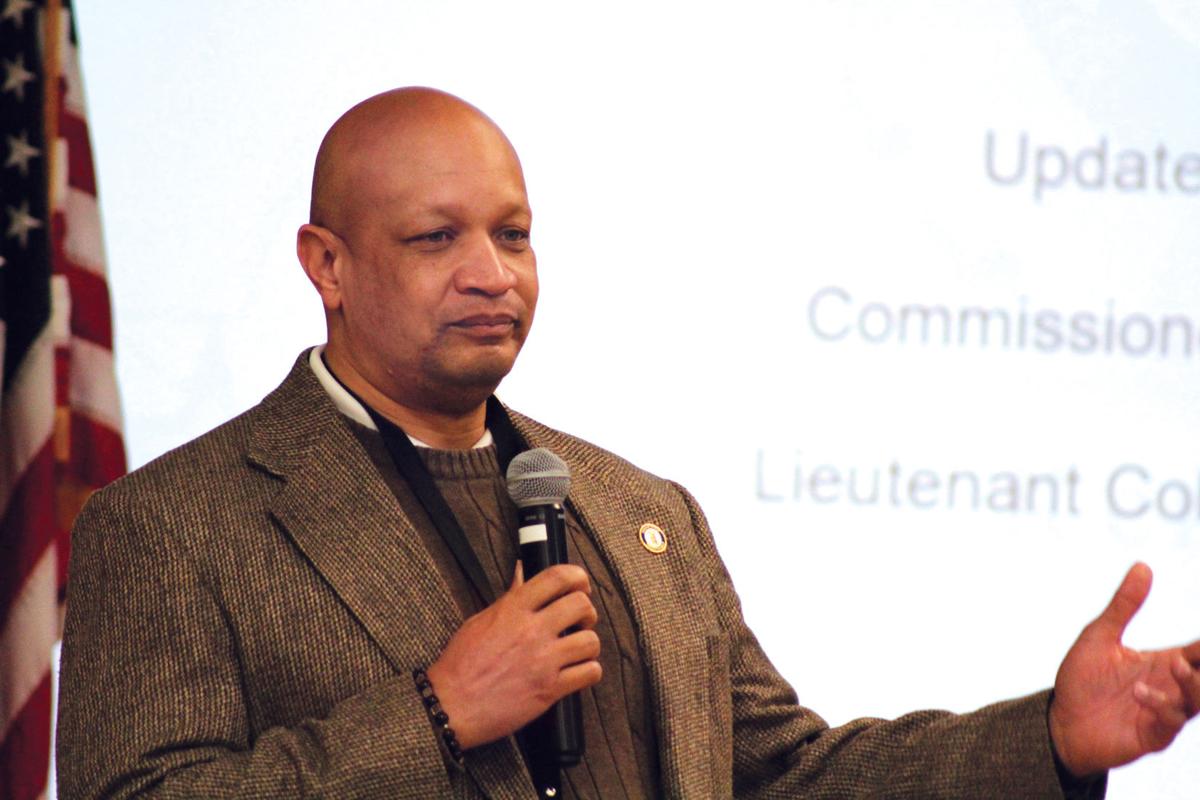 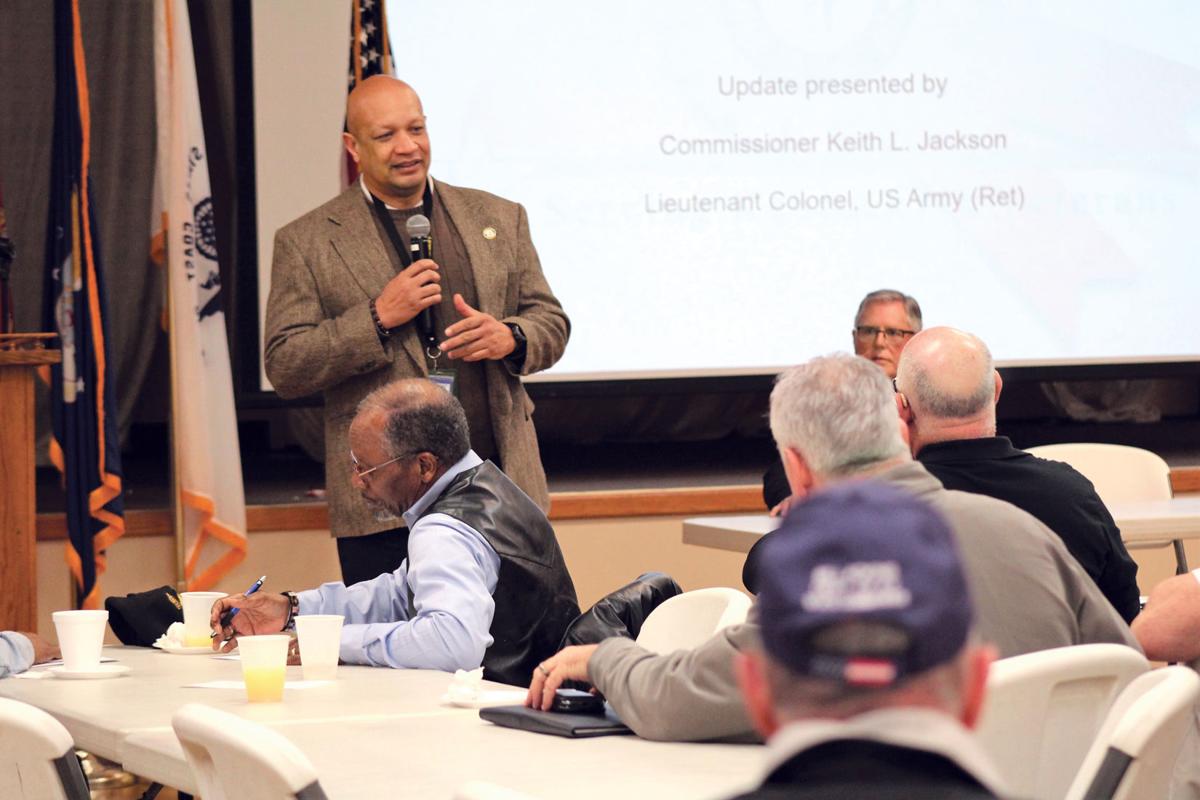 The newly appointed com­missioner of the Ken­tucky Department of Veterans Affairs, retired Lt. Col. Keith L. Jackson, spoke Friday to the Joint Executive Council of Veterans Organizations of Kentucky. They met at American Legion Post 113 on Ring Road in Eliza­bethtown.

He was appointed to the office by Gov. Andy Beshear in December. Jackson, who served a 27-year career in the U.S. Army Reserves and had a long career with the Lexington Fire Department, admitted he still is learning about his new role.

“I’m all about helping veterans,” he said.

Jackson said he was inspired to give back and become involved in veterans affairs after watching what his father went through as a veteran of the Vietnam War. He also has experienced many of the things veterans go through as he is a veteran himself.

During the meeting, he introduced himself to the group and said the department was one team with one fight for veterans.

He presented an overview of what the department does for veterans which includes benefit services, veterans centers, cemeteries, employment support and management of the trust fund.

There are a variety of goals he wants to accomplish and concepts he wants to present during his time at the helm.

One of his goals is to continue an outreach program to female veterans called “Have You Served.” He said many times, when women leave active duty they get caught up in work, being a mom and other responsibleness and their veteran status is put on the back burner. He wants to remind them and recognize them for their service.

He also wants to create a de­vel­op­ment officer in the de­part­ment who focuses on com­munity outreach and seek cor­porate funding.

When presenting the budget request this year, he has a goal of making sure veteran centers have a full nursing staff. He said it is a focus and priority to make sure those facilities can provide care to as many veterans as possible and having a full nursing staff helps accomplish that goal.

He also presented the idea of Kentucky Vet 1.

“Kentucky Vet 1 is an opportunity for us to market to every citizen of Kentucky to give $1,” he said.

The plan, in it’s initial stages, is to use the money raised for the veterans trust fund and supporting veterans.