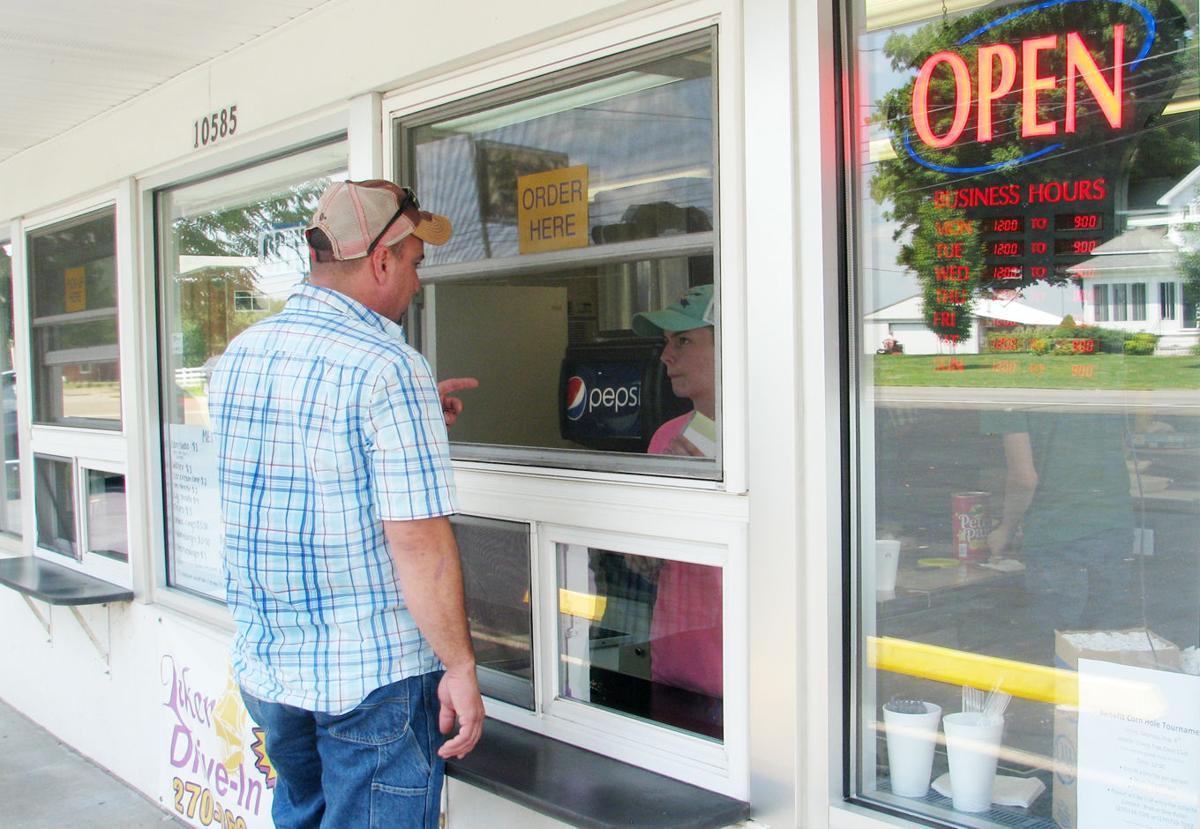 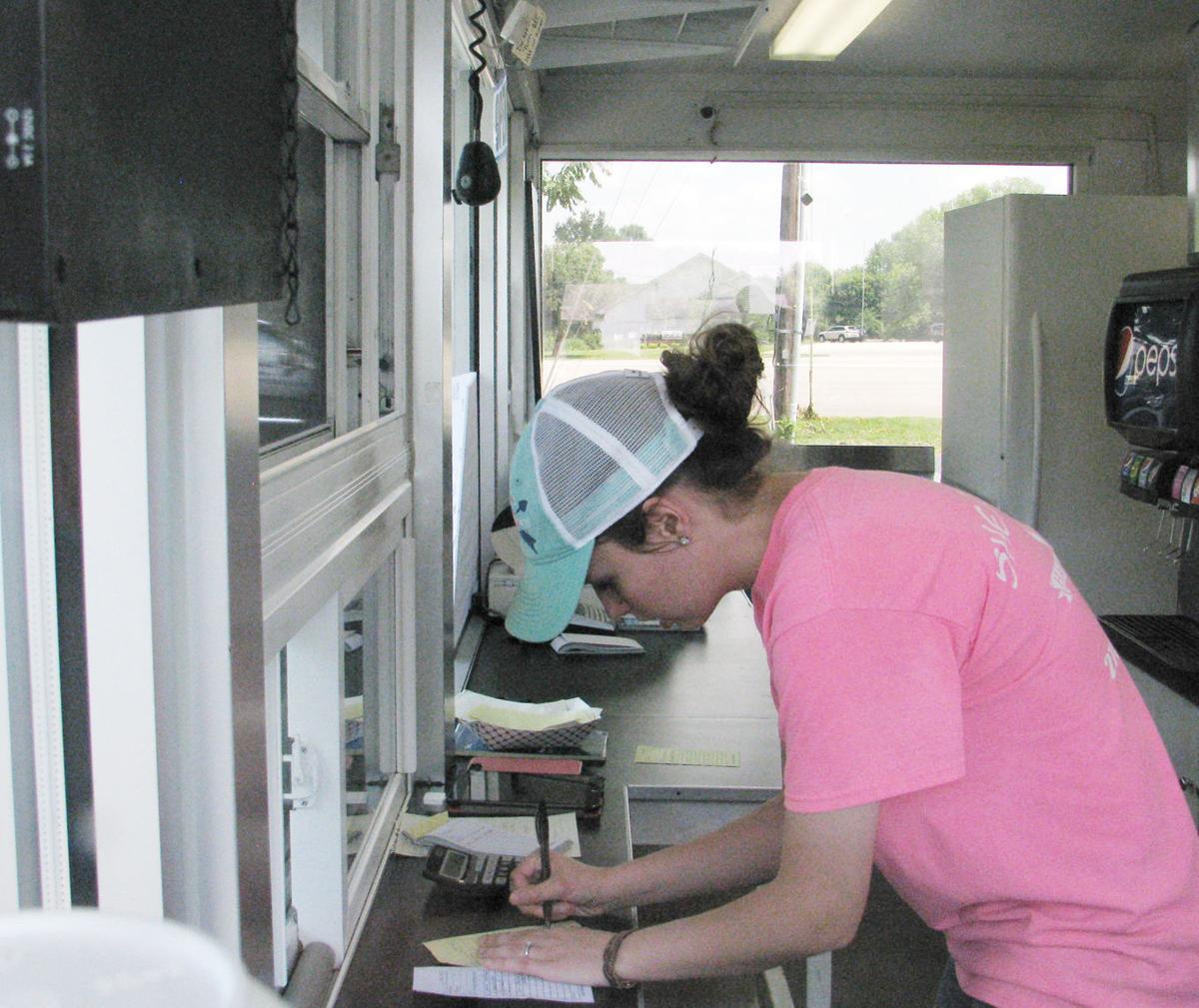 Savannah Bandurske writes down an order Wednesday at the window of Laker Drive-In in Stephensburg. 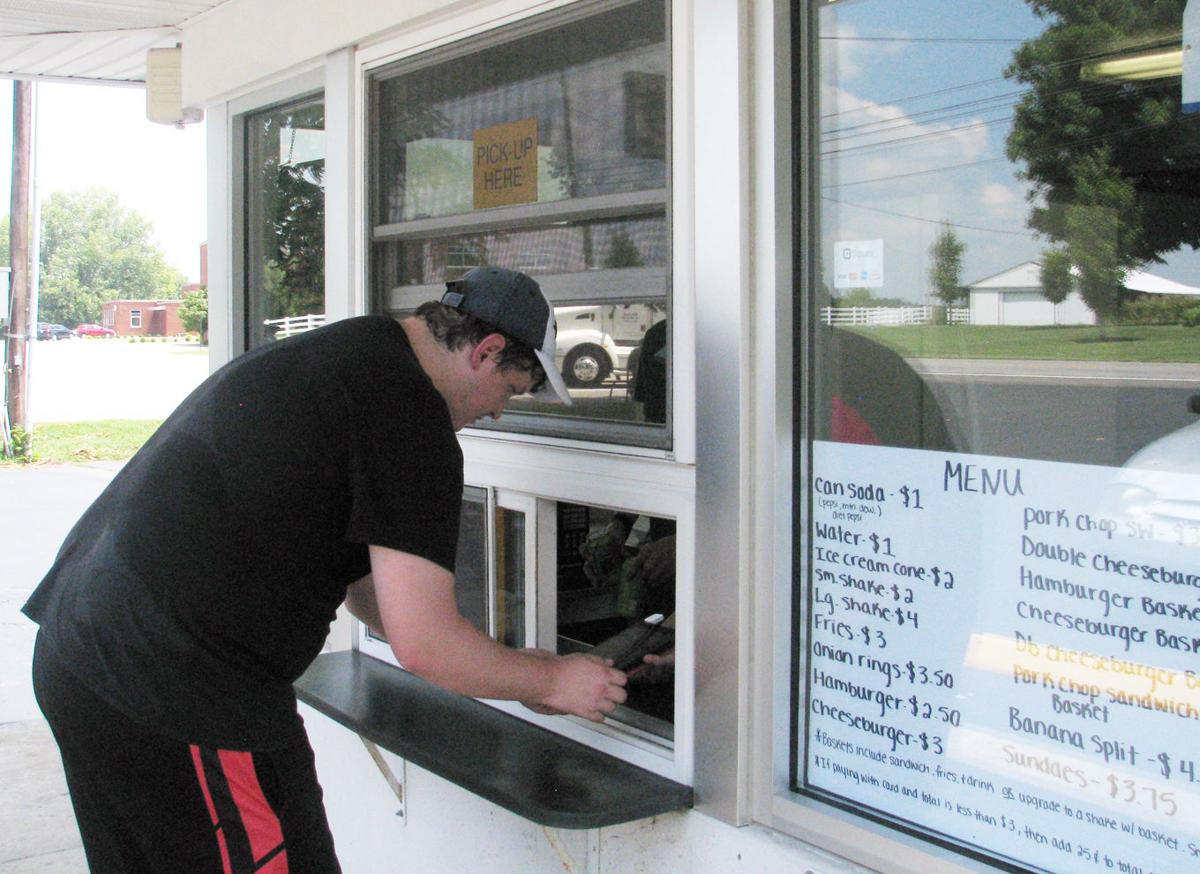 Savannah Bandurske writes down an order Wednesday at the window of Laker Drive-In in Stephensburg.

This time, Brandon Bowser and Ed Ban­dur­ske are at the helm.

“When you live in the country, it’s great,” he said of the business reopening.

McGuffin has been going to the local establishment all his life.

“I’m partial to the Laker burger and milkshakes,” he said.

David Painter, chairman of the Ste­phens­burg Community Inc. board that owns the property, said Bowser and Bandurske have wanted to run the business for a while. The board, he said, wanted to take its time and be careful so Laker could continue to be what it has been since 1964.

“We wanted to make sure we were going to get the right people,” he said.

When the opportunity again came up last week, the Stephensburg group contacted Bowser and Bandurske and they still were interested.

They both have experience with food service. Bowser has a culinary degree from Sullivan Uni­versity, Painter said.

Painter said the previous managers, which included Caitlyn Schroeder, did a “fantastic job.”

“They had other business endeavors and it was a lot for them to take on,” he said, adding the volume of business after first opening took them by surprise.

In a Facebook post dated July 20, Schroeder said she hopes someone else can make Laker work. In that post, she stated why she stepped away after only being open for a short time.

“I did not step away because it was too much for me to take on at a young age, (nor) was it financial issues, it was not management or ownership issues in any way,” she wrote.

She leased not only the building, but also the equipment, which she said was the problem. Laker was opened July 7 and closed the next weekend.

“This building is full of equipment that cannot keep up with how busy this little place is,” Schroe­der wrote in the post.

Bowser and Bandur­ske think they are ready for the challenge.

Bandurske was at the grill Wednesday during the lunch shift.

“It’s something I’ve wanted to do all my life,” he said of operating the business.

He had a catering and grilling business in North Carolina. When he moved back to the area, he looked for locations to run a restaurant.

Bandurske’s goal is to keep some of the staples while also specializing in burgers and looking at adding a few new sandwiches.

His specialty was barbecue in North Caro­lina and he wants to add that to the menu. In the future, he’d like to offer a different special platter each day and have breakfast hours.

After posting on the Laker Drive-In Facebook page Tuesday night, he said the response has been good and the post had more than 200 reactions. Bandurske said he has a lot of money tied up in the restaurant and is in it for the long haul.

Tyler Murphy was glad to see Laker open when he pulled in for lunch. He’s lived in the area for two years, but his wife has lived in Hardin County all her life.

“From what I’ve heard, the community loves it,” he said, adding his favorite item is the Laker burger. “You can’t go wrong with a brand sandwich.”

Currently, Laker Drive-­In is open from noon to 9 p.m. daily.