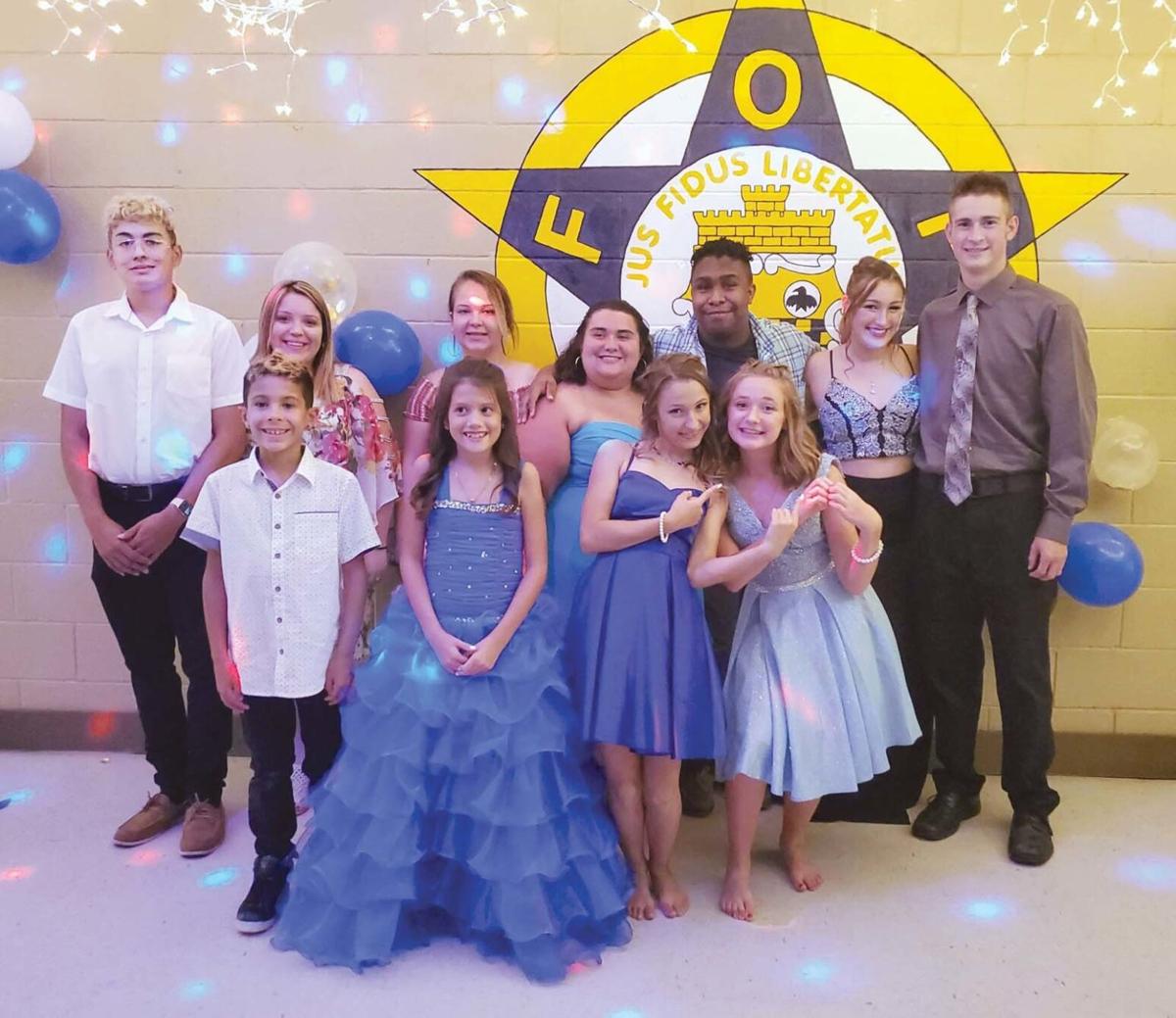 Several local students attended a prom Saturday at the Fraternal Order of Police Lodge in Radcliff. Students representing four or five different schools came to dance and be with friends. 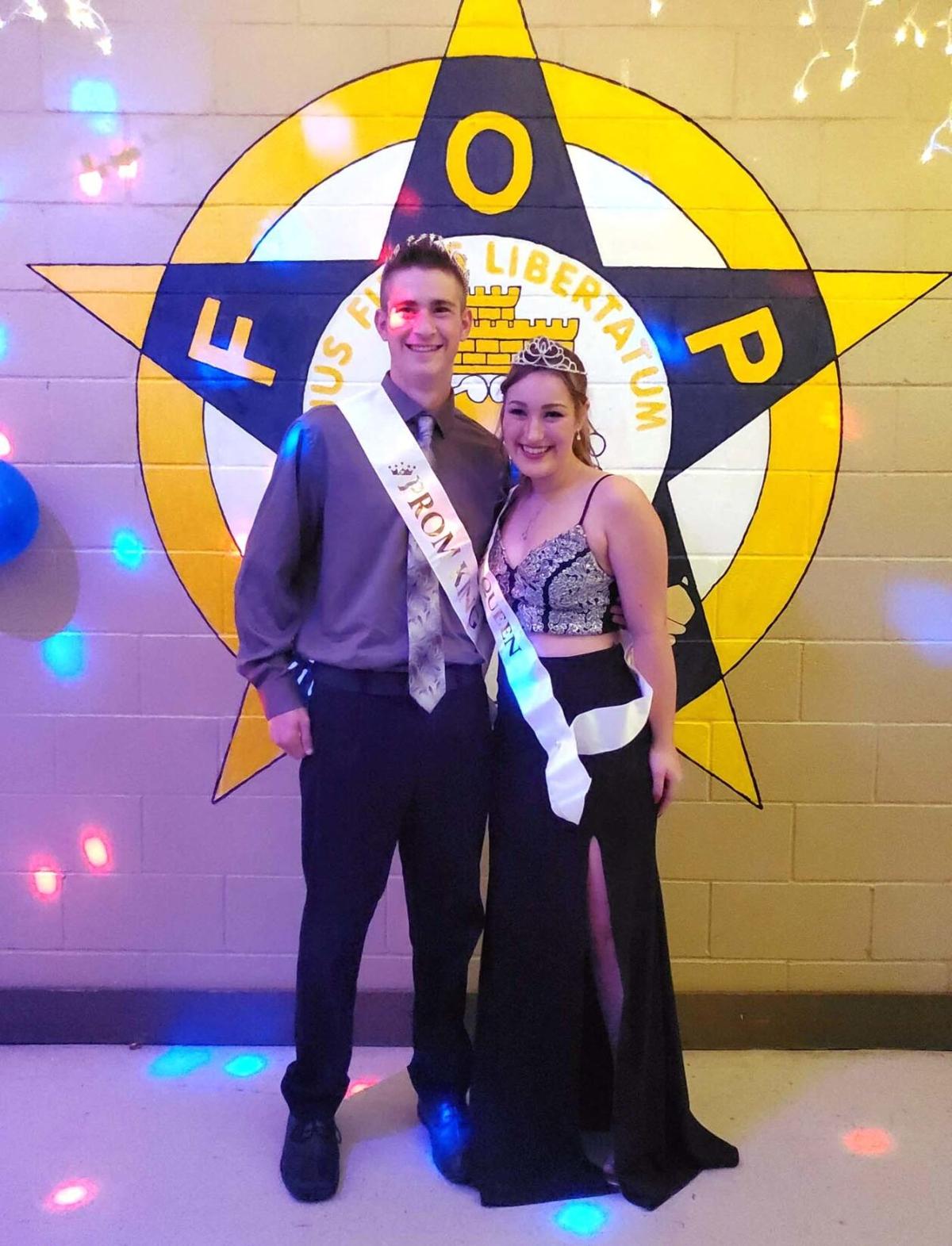 Ethan Smith, left, and Mariah Leeds were named the prom king and queen Saturday at the Fraternal Order of Police Lodge. Several area students attended the prom which was put together to make up for canceled school proms in the county.

Several local students attended a prom Saturday at the Fraternal Order of Police Lodge in Radcliff. Students representing four or five different schools came to dance and be with friends.

Ethan Smith, left, and Mariah Leeds were named the prom king and queen Saturday at the Fraternal Order of Police Lodge. Several area students attended the prom which was put together to make up for canceled school proms in the county.

Hundreds of students in Hardin County had to cancel or put their prom plans on hold because of COVID-19.

Adam Leeds, trustee board member and state representative of the Fraternal Order of Police Lodge in Radcliff, in response to this, held a small prom Saturday for students at the lodge.

Their prom was canceled a week before it was supposed to begin. They already hadbought dresses and other items for it.

“We wanted to try to do something that would make them still be able to have a ball,” Leeds said.

Their family reached out to friends from around the area to see if they would be interested in attending this event.

Leeds said he knew from the start he didn’t want too big a crowd for it because they still wanted to keep in line with COVID-19 guidelines.

Leeds said some of the girls who attended were excited and were able to get their hair, makeup and nails done for the dance. Some of them also conducted a photoshoot at Saunders Springs in Radcliff.

Overall, about 17 students participated in the prom, all coming from about four or five different schools.

Food was catered by Subway in Radcliff and Leeds said the restuarant made different finger foods for attendees.

Participants also were able to name the prom king and queen using ballot boxes for each of them. Ultimately, Ethan Smith and Mariah were named the king and queen of that night.

Mariah will be a senior this upcoming school year. She said her friends and family also set up decorations in the lodge which coincided with an “under the stars” theme.

“I got to see a lot of my old friends, and then I got to meet some new people that came,” she said.

Mariah attended North Hardin High School her freshman year, and invited friends from North Hardin and other schools to attend.

Mariah said she did not know Ethan at first and it was slightly awkward. However, she said she had a good time at the dance.

Taylor Jones, an upcoming senior at Central Hardin High School, also attended the prom. Jones said she has been friends with Mariah since sixth grade.

While Jones was not planning on attending last year’s Central Hardin prom, she said overall, the Fraternal Order of Police prom was enjoyable.

“We all had a good time,” she said. “It’s good to get together with old friends, hang out, dance and have a good time.”