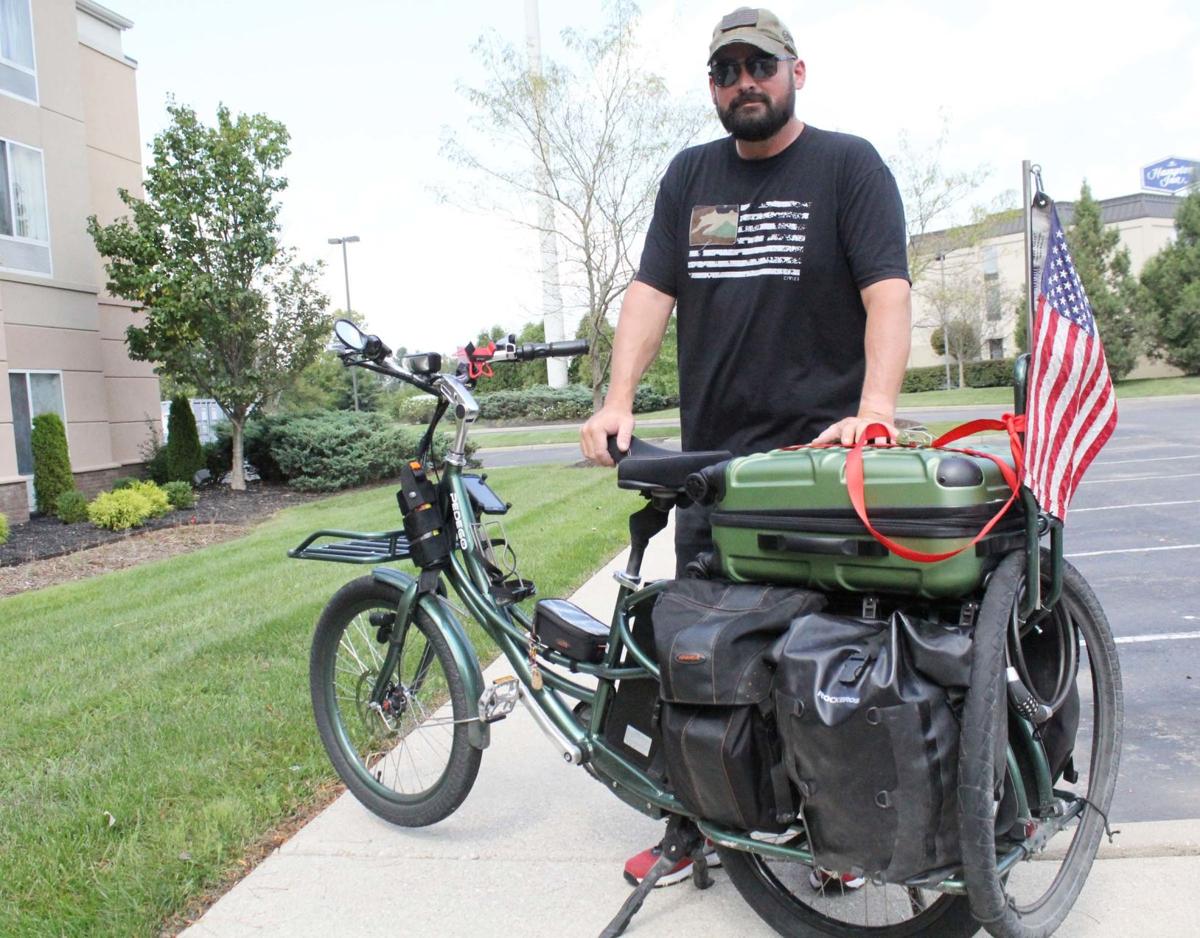 Army veteran Eli Smith is traveling to the four corners of the United States spreading awareness about PTSD. 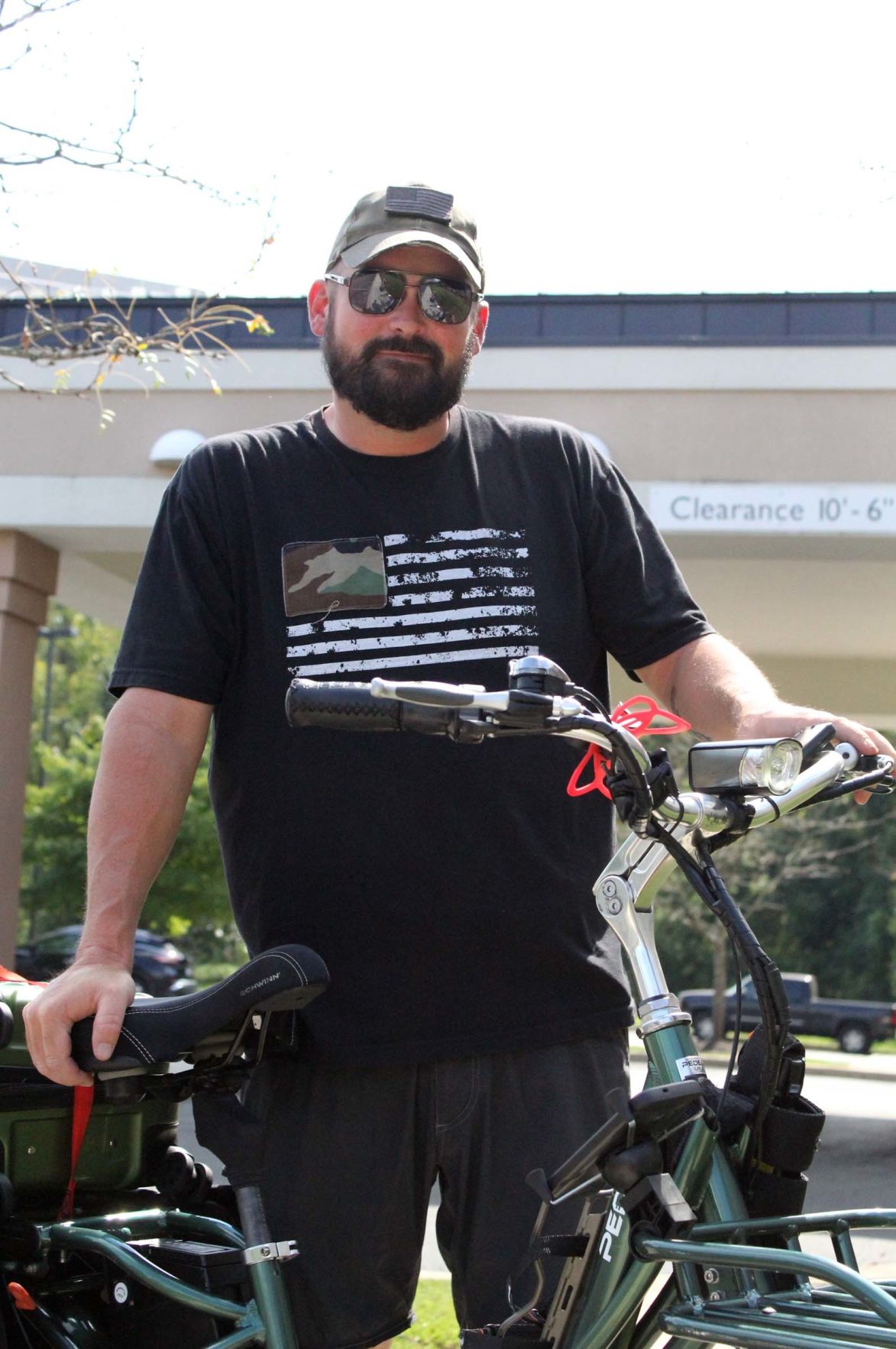 U.S. Army veteran Eli Smith is traveling by bicycle to the four corners of the nation spreading awareness of PTSD. Last week, he stopped in Elizabethtown.

Army veteran Eli Smith is traveling to the four corners of the United States spreading awareness about PTSD.

U.S. Army veteran Eli Smith is traveling by bicycle to the four corners of the nation spreading awareness of PTSD. Last week, he stopped in Elizabethtown.

On average, 20 veterans commit suicide every day because of post-traumatic stress disorder.

Eli Smith, a U.S. Army veteran, who made a pit stop in Elizabethtown last week, currently is on a journey that will take him more than 13,000 miles, touching all four corners of the United States to raise awareness for PTSD, a mental health problem some people develop after experiencing or witnessing a life-threatening event, such as military combat.

Smith said after two men he served with committed suicide because of PTSD, he wanted to do something about it and bring awareness to the issue.

“I came up with this crazy idea,” he said.

In a span of 3½ months, Smith sold all of his belongings, bought a plane ticket and began to walk across the nation. That was two years ago. Since then, Smith has made it to two of the corners of the U.S. — both on the west coast. He also has switched to biking.

During that time, he said he’s had somebody try to kidnap him in Texas and a gang in San Diego, California, had a bounty on his head. He’s also been hit by cars, lost in the woods and robbed at gunpoint, he said.

“There are so many crazy things,” Smith said. “I should be dead 10 times over.”

But, it’s all worth it to Smith.

Smith said he’s met with thousands across the country and so far has received 12 letters from veterans who have heard about the journey and decided not to commit suicide.

To him, that’s what makes his efforts worthwhile.

Smith’s next destination is in Maine.

“There is a little lighthouse in the middle of nowhere and that is the physical northeastern (most) point,” he said.