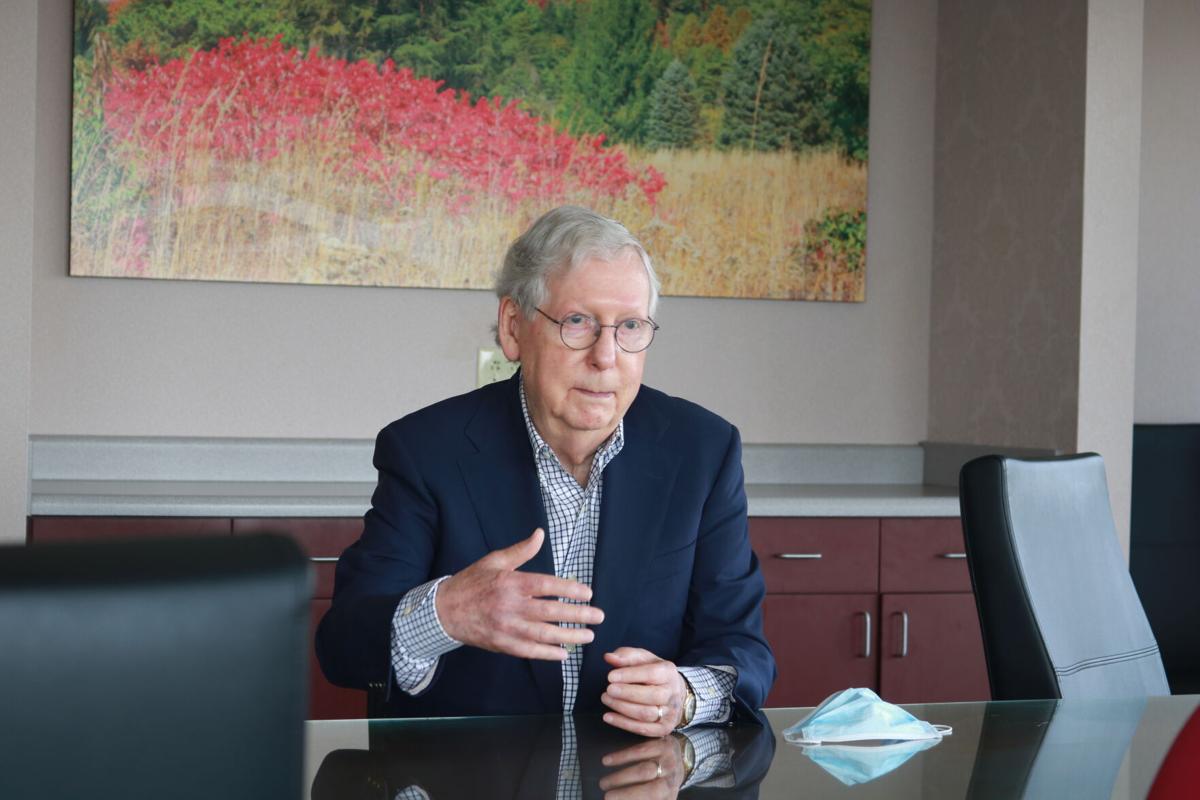 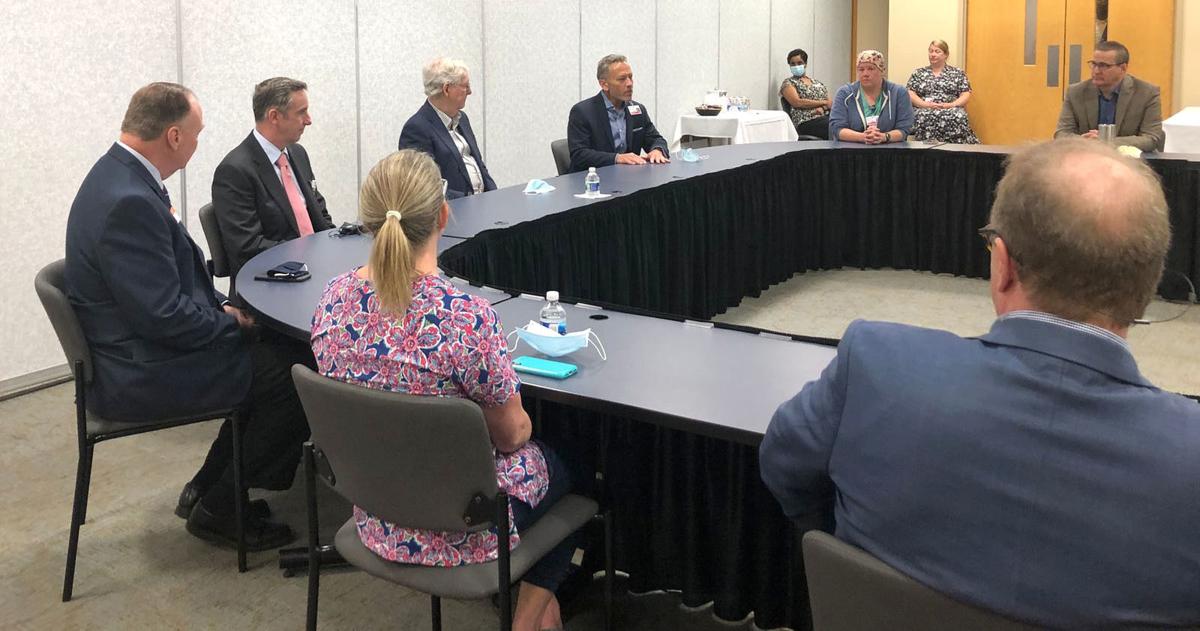 Using a football analogy, Sen. Mitch McCon­nell, R-Ky., during a stop Monday morning at Baptist Health Hardin, said when it comes to the COVID-19 vaccination distribution efforts, “we’re in the red zone.”

“I do think we’re close to being past the mask-wearing stage and the economy is picking up dramatically,” he said following a roundtable discussion with hospital leaders. “Look at Churchill Downs last weekend as an example of people getting out, re-engaging.”

McConnell, who last year led the Senate to pass five bipartisan rescue packages allocating almost $48 billion for the development of vaccines and treatments through Operation Warp Speed, said “a good way to look at it, if you were a football fan, is we’re in the red zone – the last 20 yards before the end zone.” In this case, the end zone is herd immunity, he said.

“But we’re not in the end zone yet,” he said. “The health professionals tell us we need about 75 percent of the population vaccinated. We’re not there yet, and I think what these folks here at (BHH) are confronted with is convincing people who are reluctant for one reason or another to go on and get the shots. That is where we are now, and they have a big challenge and they’re moving ahead patient by patient.”

McConnell said the “selling job at this point” is largely at the local level.

“It’s basically up ... to the communities now to finish the job, not us in Washington,” he said.

Dr. Matthew Stiles, chief medical director of the Baptist Health Hardin Medical Group, called Monday’s meeting with McConnell an opportunity to re-emphasize the importance of overcoming the hesitancy that some people are having.

Additionally, it was an opportunity to discuss strategies and to address the concerns of those individuals and reflect that all the way up, Stiles said.

As a primary care doctor, Stiles encouraged people who have a hesitancy and are questioning what the right thing to do is to speak to their primary care provider.

“Go in and have that conversation with somebody that they are familiar with, somebody they can go in and trust, who understands their particular health issues and listen to that advice,” he said.