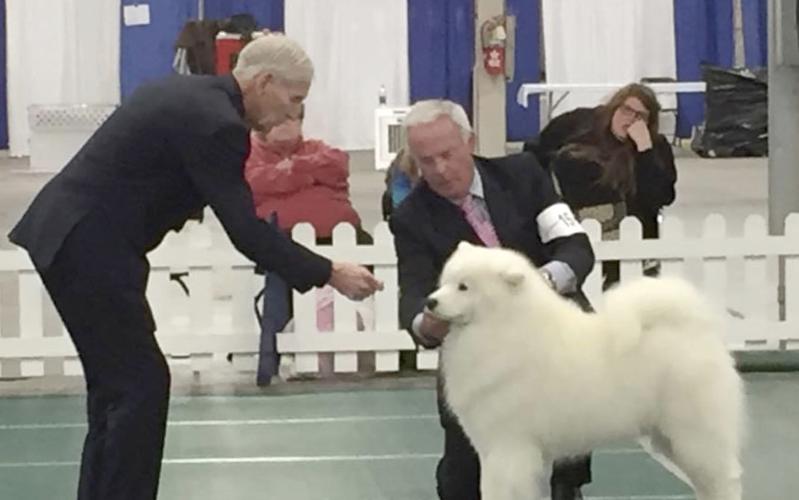 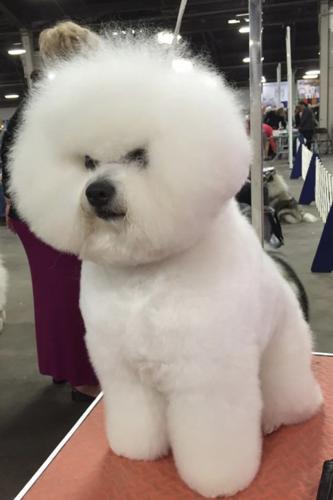 A dog sits on a grooming table during the 2020 Kentuckiana Cluster of Dog Shows.

A dog sits on a grooming table during the 2020 Kentuckiana Cluster of Dog Shows.

A major dog show is coming to Louisville and an Elizabethtown-based kennel club is responsible for one day of the cluster of shows.

The Kentuckiana Cluster of Dog Shows is Thursday through Sunday at the Kentucky Fair and Exposition Center in Louisville. Organizer Debbie Hibberd said it’s one of the biggest dog shows in the country. She’s spoken to people coming to the event from as far away as Alaska and Thailand.

“One of the reasons it’s popular is we have a lot of different events,” she said.

The conformation event, what most people recognize as the dogs being shown in the ring, is just one of the events during the show, she said. Over the four-day run, rally, obedience, agility, dock diving and fast CAT competitions will also be held. There are also national specialty events that feature only one dog breed, she said.

“We have a lot to offer people and they can come to do more than one event,” she said.

It’s the first time the show has happened since COVID. In 2020, they were in the middle of the show and had to shut it down for precautions, she said.

Hibberd is the show chairman on Thursday and Friday and she said Elizabethtown club members will be helping with and hosting on Thursday. She said members from this group organize and run the show and are exhibitors participating in many events.

In 2019, the last time shows were rated, the Mid-Kentucky Kennel Club was the 10th largest show in the country. The other days also ranked highly.

Along with the shows, there are vendors set up that sell items for dogs and people that include anything from dog bowls to jewelry, she said.

Audiences can attend to watch the events, but dogs who are not participating in competitions must be left at home per competition and AKC rules. Visitors can not only watch the event but also walk around to grooming areas to meet dogs and talk to their owners, she said.

If you don’t like crowds, Hibberd said Thursday or Friday are the best days to go. Dogs start showing in the morning until they get down to the best of show, she said.

For information, go to kentuckianaclusterofdogshows.org or find them on Facebook.