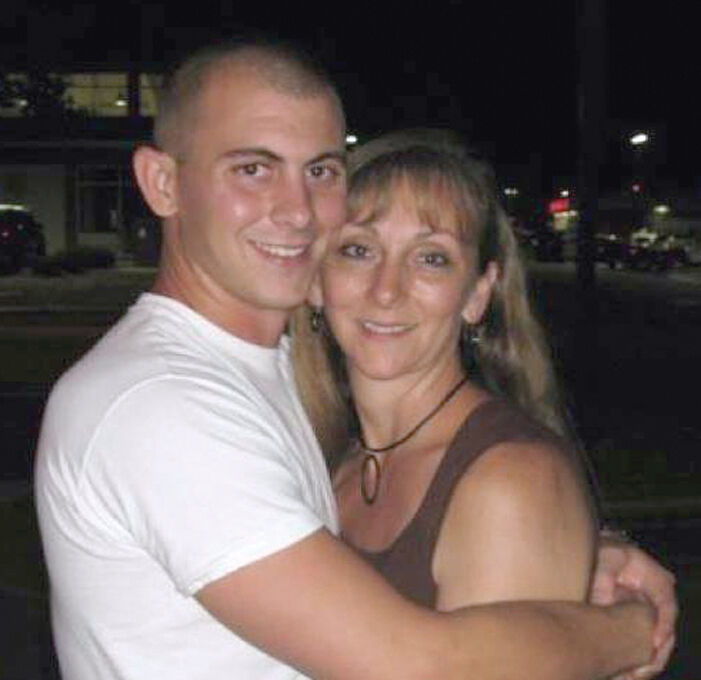 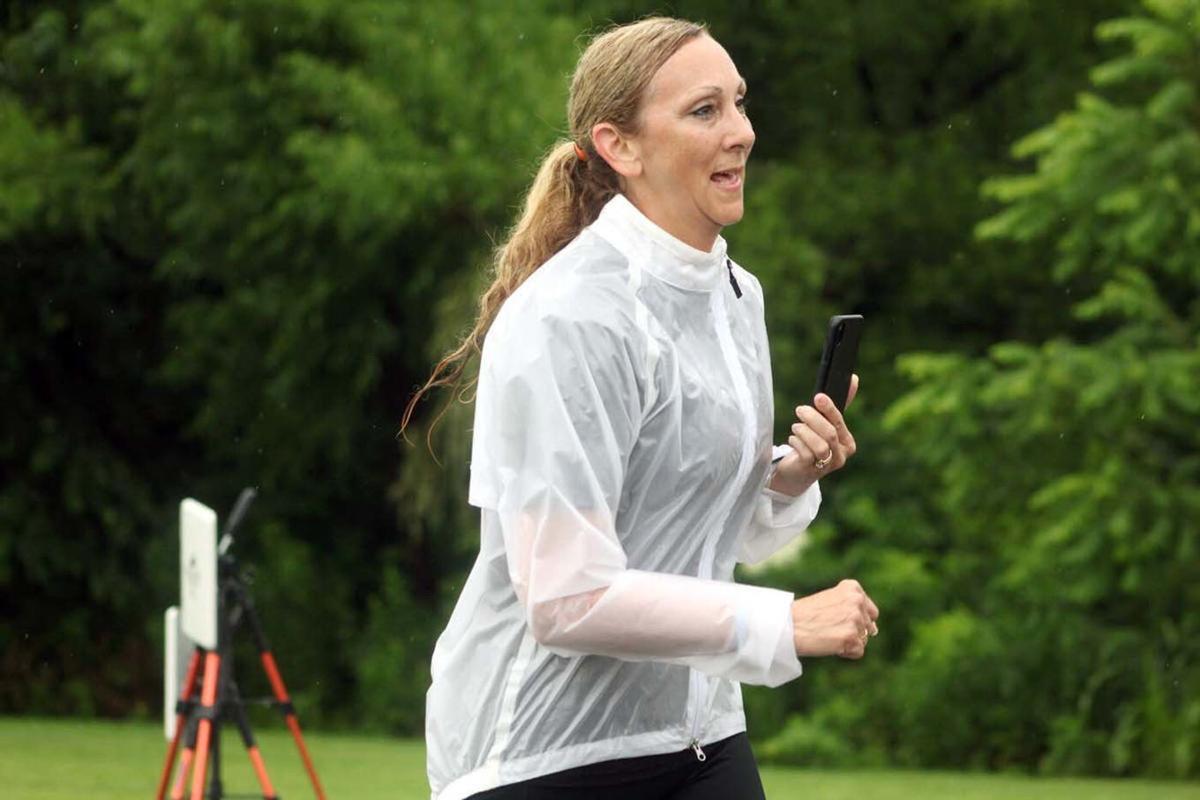 Tiffany participates in the 2019 Trooper Cameron Ponder 5K/10K race. All proceeds from the race go toward the Trooper Ponder Memorial Scholarship from the Central Kentucky Community Foundation.

Tiffany participates in the 2019 Trooper Cameron Ponder 5K/10K race. All proceeds from the race go toward the Trooper Ponder Memorial Scholarship from the Central Kentucky Community Foundation.

When Brenda Tiffany thinks of her son, she often remembers the last time she set her eyes upon him.

Standing outside his mother’s home in Riney­ville about to leave in Aug­ust 2015 to serve at Kentucky State Police Post 1 in Mayfield, Cameron Ponder departed with a warm smile.

“He was in uniform and he was standing there looking so happy,” Tiffany said. “He had finally gotten where he wanted to be in life.”

Tiffany had no idea this would be the last time she would see her son. Ponder was shot and killed in the line of duty Sept. 13, 2015, after a traffic stop on Interstate 24 in Lyon County. He was 31.

Although five years have passed since that tragic night, Tiffany said she still grieves every day.

“I’m stuck but I try not to dwell on it,” she said. “It’s hard to lose somebody no matter what the circumstance are, but when somebody willfully takes somebody’s life, it’s something you can never, ever reconcile. It’s a struggle every day for me. I live in that moment all the time.”

A 2002 graduate of North Hardin High School, Ponder had been a state trooper for less than nine months when he was killed. Before he joined the state police, he served in the U.S. Navy as a diver for a Navy SEAL team.

Although he was well-known as an athlete at North Hardin, Tiffany said her son remained humble and never enjoyed the spotlight. She said she continues to hear stories about him from his old friends and colleagues.

Many of these stories involve Ponder sticking up for his fellow classmates. Tiffany said she’s heard stories of her son giving his lunch to a classmate who couldn’t afford a meal and defending a student being bullied on the school bus.

“That’s the kind of heart Cameron had,” she said.

Even Ponder’s assignment to Post 1 was an act of selflessness, Tiffany said. Although he wanted to be assigned closer to home, Ponder agreed to take the Post 1 assignment after learning if he did not, another trooper would be forced to commute 2½ hours away from his family.

“He stepped up to do the right thing for people,” Tiffany said. “That’s just how he was.”

Tiffany said her son’s greatest passion was the outdoors. She said he was an avid hunter, angler and arrowhead collector.

“He liked the solitude,” she said. “He felt like when he was in the woods, he was close to God. That’s literally what he said.”

While she still grieves the death of her son, Tiffany said one thing has provided some healing over the years – giving back to the community. Since 2015, Tiffany has helped spearhead several community initiatives in Ponder’s memory.

One of these initiates is the annual Trooper Cameron Ponder 5K/10K race. All proceeds from the race go toward the Trooper Ponder Memorial Scholarship from the Central Kentucky Community Foundation.

The event was canceled this year because of COVID-19, but Tiffany said the race typically attracts roughly 200 participants each year.

Tiffany said 10 students were provided with scholarships last year through the fund.

Tiffany also has partnered with Spirit of Blue, a national charity whose primary mission is awarding grants to better equip law enforcement. Through her work with the organization, the Trooper Joseph Cameron Ponder Memorial Grant was established.

The grant provides all state troopers and officers with a portable first aid kit that includes a tourniquet – a devise used to stop the flow of blood in life-or-death emergency situations. More than $80,000 was raised for the grant.

In February, the Spirit of Blue Foundation announced its first verified save of a law-enforcement officer with equipment provided through the grant.

In June 2019, KSP Trooper Brad Martin was shot in the thigh while serving a warrant in Perry County. Fellow troopers on the scene provided cover for Martin, applied a tourniquet to his leg and rushed him to a nearby medical center. Martin made a full recovery and resumed his duties just weeks later, according to the Spirit of Blue Foundation.

Coincidentally, Martin was Ponder’s roommate during their time at the Kentucky State Police Academy.

Before partnering with Spirit of Blue, Tiffany provided care packages for members of each Kentucky State Police Academy graduating class, a practice she continues today.

Tiffany also organized the Warm Hands, Warm Hearts program in 2017. Through it, Tiffany helped fill more than 500 bags full of winter clothes, food, hygiene items and toys for children in need. These bags were donated to police agencies throughout the state to be distributed throughout their respective communities.

A similar program designed to provide for homeless individuals in Louisville also was organized by Tiffany in 2018. For this program, items were distributed by the Louisville Metro Police Department.

In the years since Ponder’s death, Tiffany said a great deal of healing has come from members of the community and from law enforcements personnel throughout the state. She said every single day since Ponder died, she has received messages of support through phone calls, text messages, letters, cards and social media messages.

“A parent doesn’t want their child forgotten and this community has made sure that hasn’t happened,” she said. “They remember Cameron all the time.”