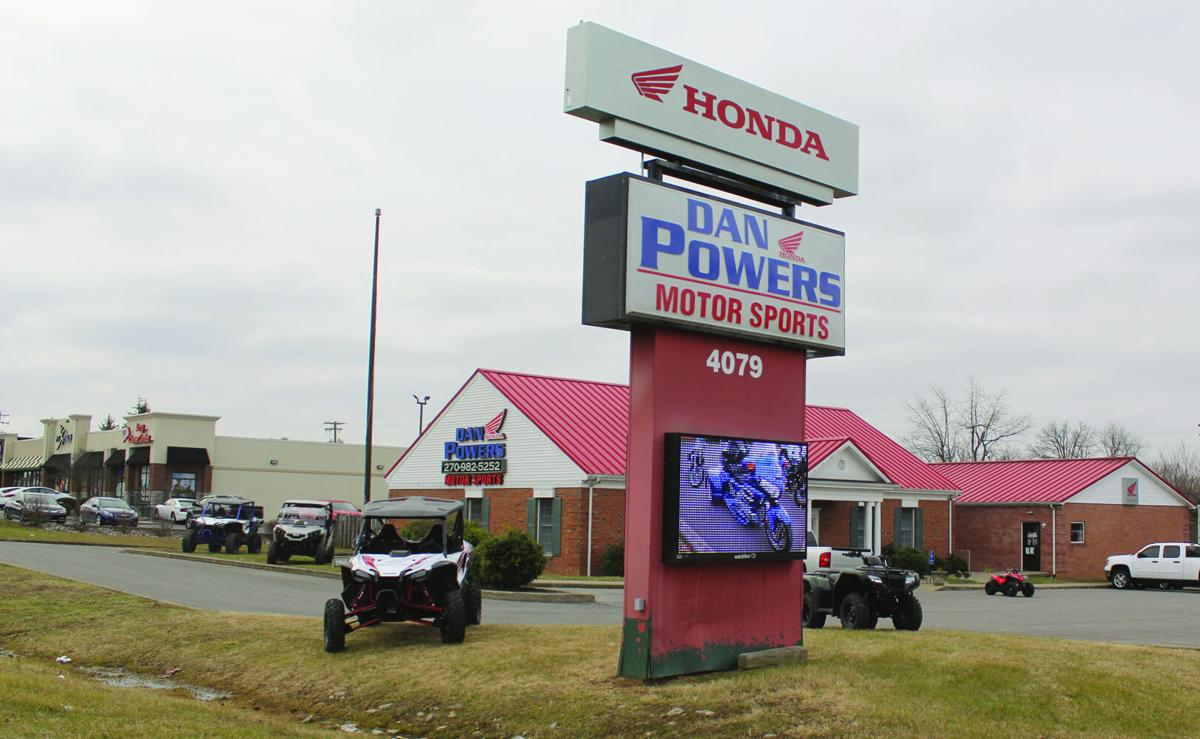 Dan Powers Honda Motorsports in Elizabethtown is one step closer to moving from its current North Dixie Avenue address to 315 Ring Road.

Dan Powers Honda Motorsports in Elizabethtown is one step closer to moving from its current spot on North Dixie Avenue in Elizabethtown to this location at 315 Ring Road, the former Remington Arms building.

Dan Powers Honda Motorsports in Elizabethtown is one step closer to moving from its current North Dixie Avenue address to 315 Ring Road.

Dan Powers Honda Motorsports in Elizabethtown is one step closer to moving from its current spot on North Dixie Avenue in Elizabethtown to this location at 315 Ring Road, the former Remington Arms building.

A local motorsport dealer is on the move.

Dan Powers Honda Mo­torsports in Eliza­beth­town is on track to move from its current location at 4079 N. Dixie Ave. to 315 Ring Road, the former Rem­ington Arms building.

Hardin County Water District No. 2 obtained the building and 24 acres in June 2016 with hopes of re­lo­cat­ing its offices. Experiencing growth asso­ciated with absorbing Eliza­beth­town’s municipal water service and developing a sanitary sewer system in the Glendale area, the district needed more space and its property on the opp­osite side of Ring Road was landlocked by neighboring developments.

According to Elizabethtown Planning and Development Director Jim Shaw, the district decided to build its new offices and facilities on the back portion of the property and sell the front 10 acres that contains the former Remington Arms building and parking lot.

That sale opened the door for the motorsports dealer.

Steve Pawley of Dan Powers Honda Motorsports said the dealership been at its current location, at the corner of North Dixie Avenue and South Wilson Road, going on seven years.

“We’ve kind of grown out of our corner,” he said, noting they are having to rent warehouse space off site for inventory, which he said was a “little bit of an inconvenience.”

Unable to expand at their current location, Pawley said they started looking at alternatives. They ultimately settled on the 315 Ring Road property. However, before they could begin renovations and move to the new location, Pawley said they had to tackle the task of getting the property zone changed from regional industrial to regional commercial.

“That final approval from city council is what we’ve been waiting on,” Pawley said. “Everything has been kind of contingent upon that”.

Now, he said they are working on building and remodeling plans to apply for building permits. Pawley said their goal is to be moved to the new location by May.

“We’re trying to expand and grow our business and this is going to give us the space to be able to do it,” he said.

The space also offers the opportunity for future development. Pawley said the roughly 30,000-square-foot former Remington Arms building is more space than they need, at least for now. He mentioned the possibility of renting a portion of the building and the potential for the extra four acres of commercial property that could be developed.