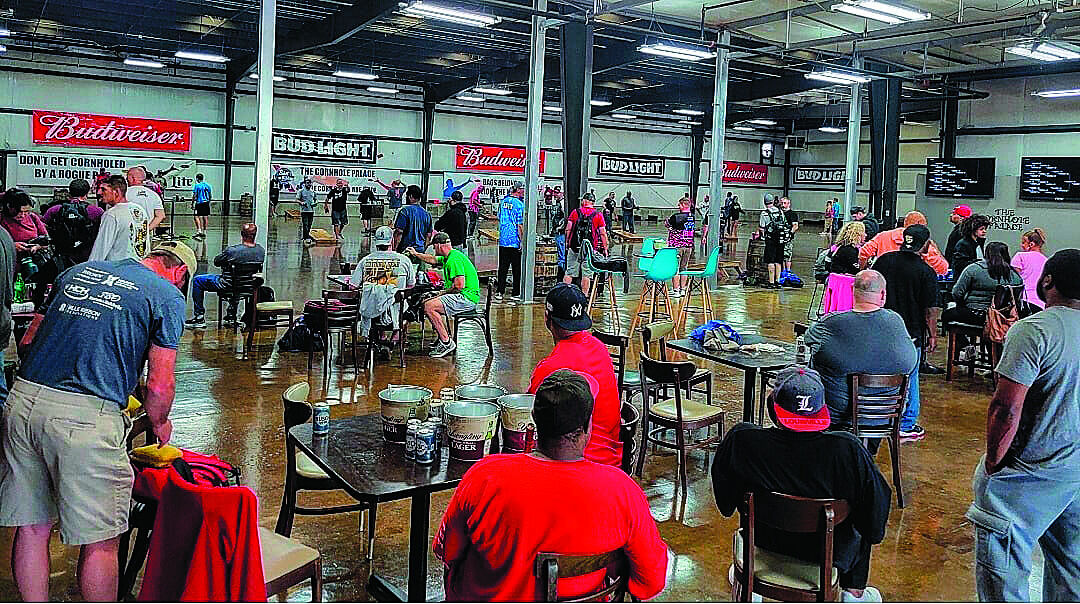 Attendees of the Cornhole Palace gather April 10 at the new Elizabethtown venue. 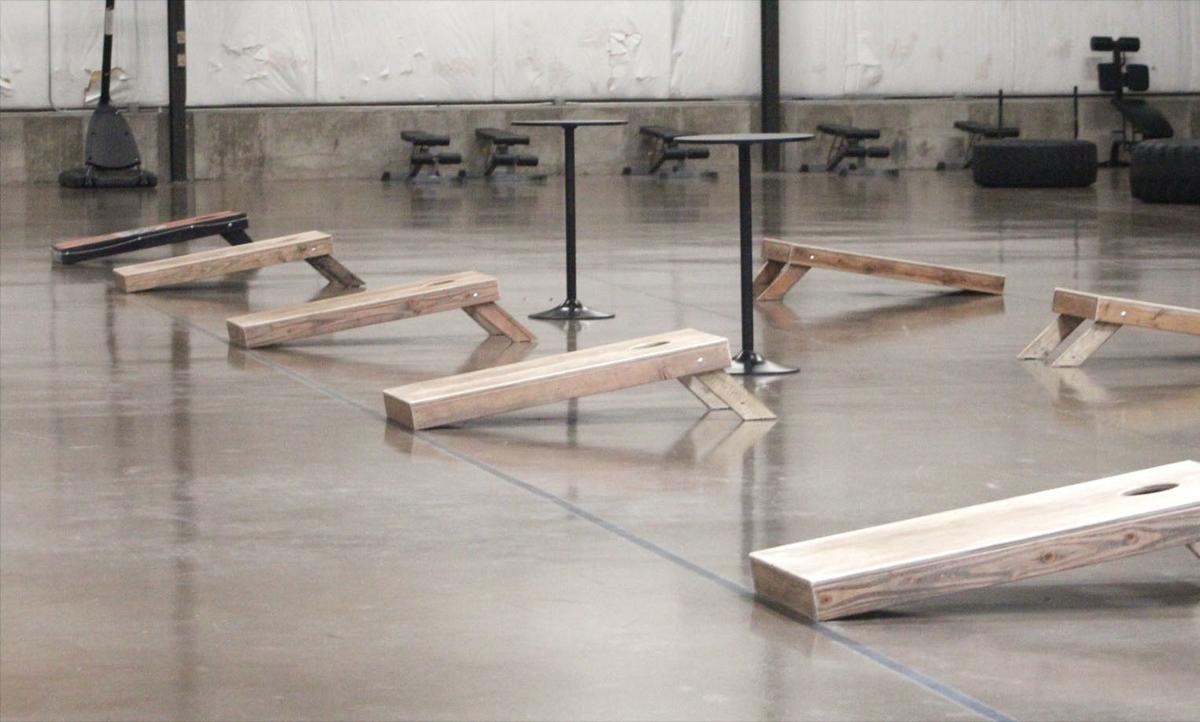 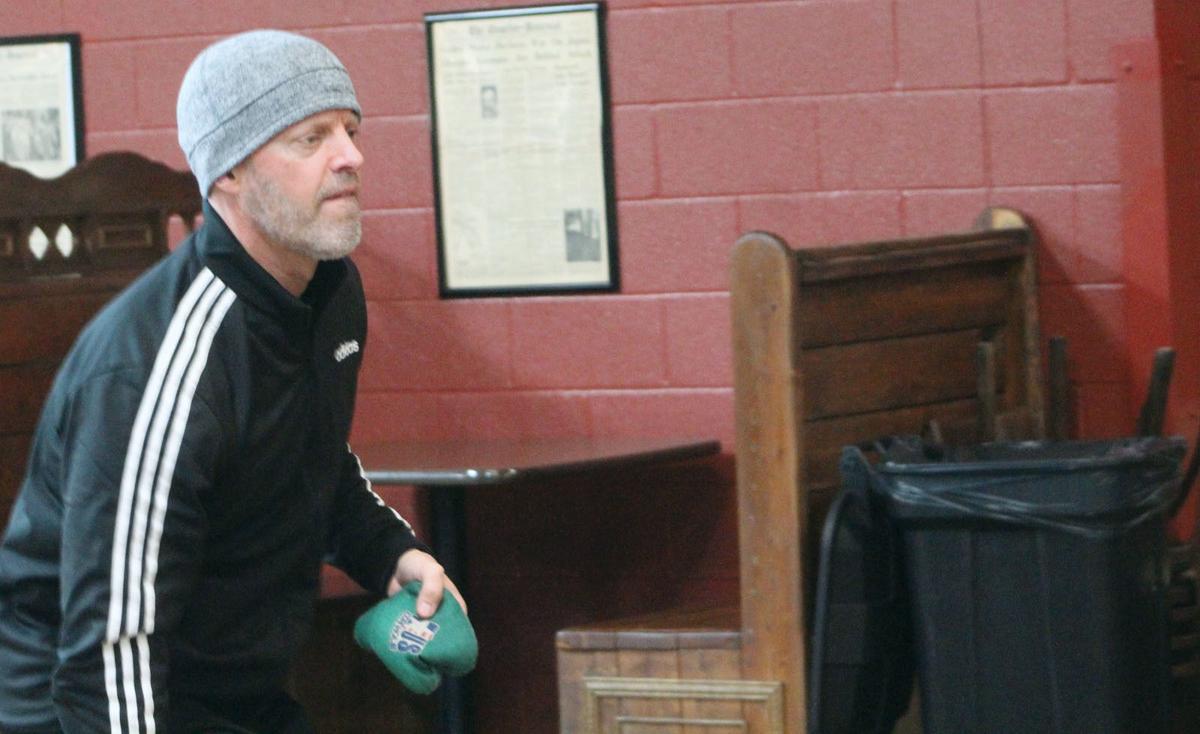 Cornhole Palace co-owner Mike Duwe prepares to throw a cornhole bag toward one of the boards at the venue Monday morning. 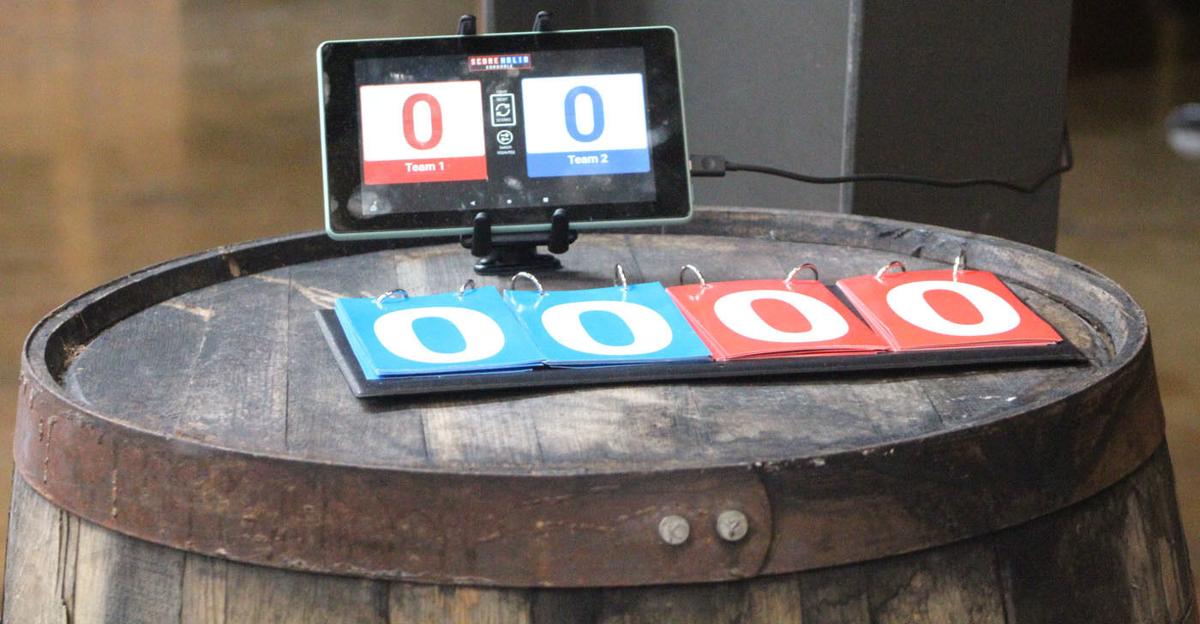 Each cornhole lane at the venue features interactive digital scoreboards.

Attendees of the Cornhole Palace gather April 10 at the new Elizabethtown venue.

Cornhole Palace co-owner Mike Duwe prepares to throw a cornhole bag toward one of the boards at the venue Monday morning.

Each cornhole lane at the venue features interactive digital scoreboards.

A new venue in down­town Elizabethtown offers patrons the opportunity to enjoy a game of cornhole, a night of live music and a cold drink.

Owned and operated by Mike Duwe and his wife, Melanie, the Cornhole Palace officially opened to the public earlier this month. The building also has served as the venue for Duwe’s other business, Team Duwe Fitness, since 2014.

Duwe said before COVID-19, his fitness business averaged about 100 customers a day. However, as the pandemic took hold, he found himself struggling to pay rent on the building.

“All of a sudden I had this vision of cornhole,” Duwe said.

With plenty of help from his wife, along with his sister-in-law, Catherine Cook, Duwe set out to transform his business space. He soon reached out to local craftsman William Breckenridge to create cornhole boards for the business.

The venue now features 10 cornhole lanes for visitors with interactive digital scoreboards in each lane.

Tournaments regularly are held at the venue, including blind draw double-elimination tournaments and Switcholio tournaments, in which players get a new partner each game and get ranked on an individual basis to be seeded into a single elimination playoff.

Duwe said the venue already has attracted pro­fessional cornhole play­ers in the area, including Daymon Dennis of Brownsville, a professional in the American Cornhole League who has appeared on ESPN.

Duwe said through his business, he’d like to offer a venue for those in the cornhole community to congregate and compete.

“They don’t have venues to play so they have to play in places like convention centers,” he said. “It’s kind of like the NBA without any arenas.”

In addition to hosting tournaments, the Cornhole Palace also serves as a music venue for local bands. Duwe said there are plans to create a stage for per­formers in the near future.

So far, local band Culpepper Express has performed at the venue and local band Miles Apart is set to perform this weekend. DJ sets also take place at the venue.

A cafe also is available at the Cornhole Palace, offering a variety of snacks, along with alcoholic and non-alcoholic beverages.

Looking forward, Duwe said he would like to one day turn the Cornhole Palace into a franchise, with locations throughout the region. He said he also hopes to host fundraising tournaments and events at the venue.

Duwe said though the venue offers tournaments for professional cornhole players, he said all skill levels are welcome to play.

“It’s about bringing people together,” he said. “... “I just want people to come in here and have a good time.”