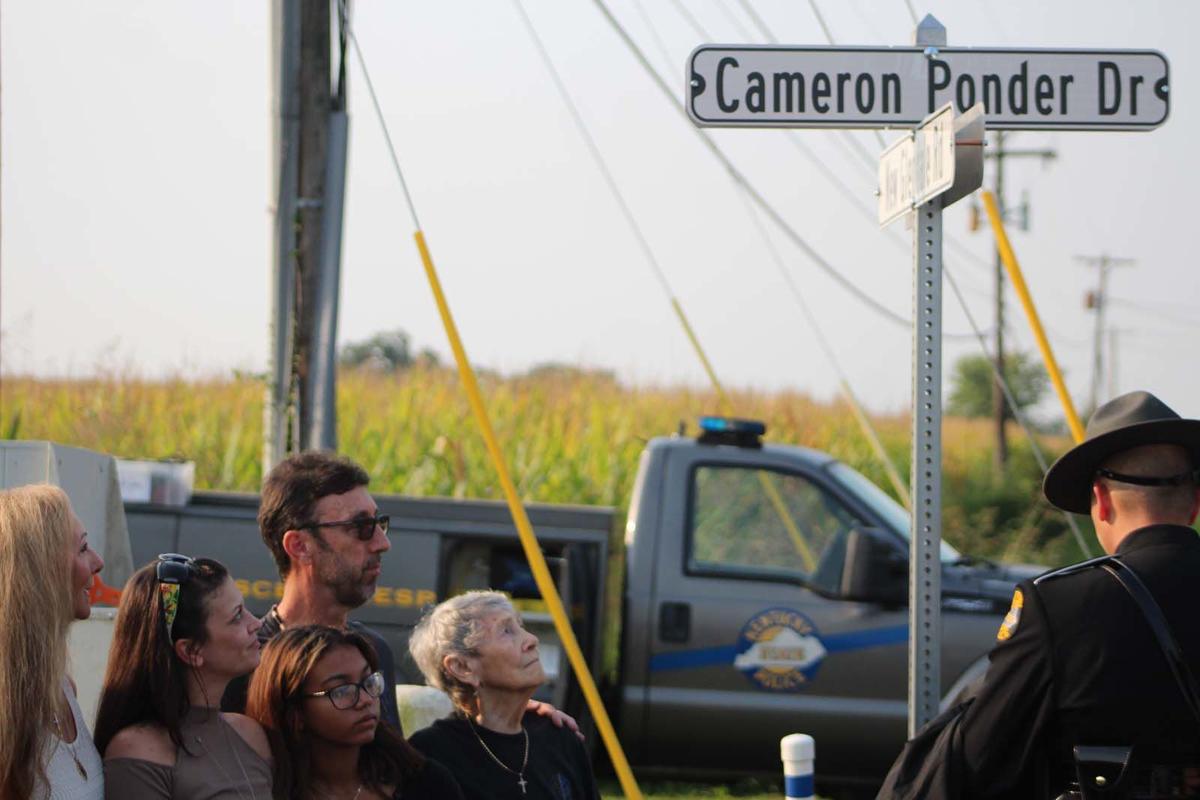 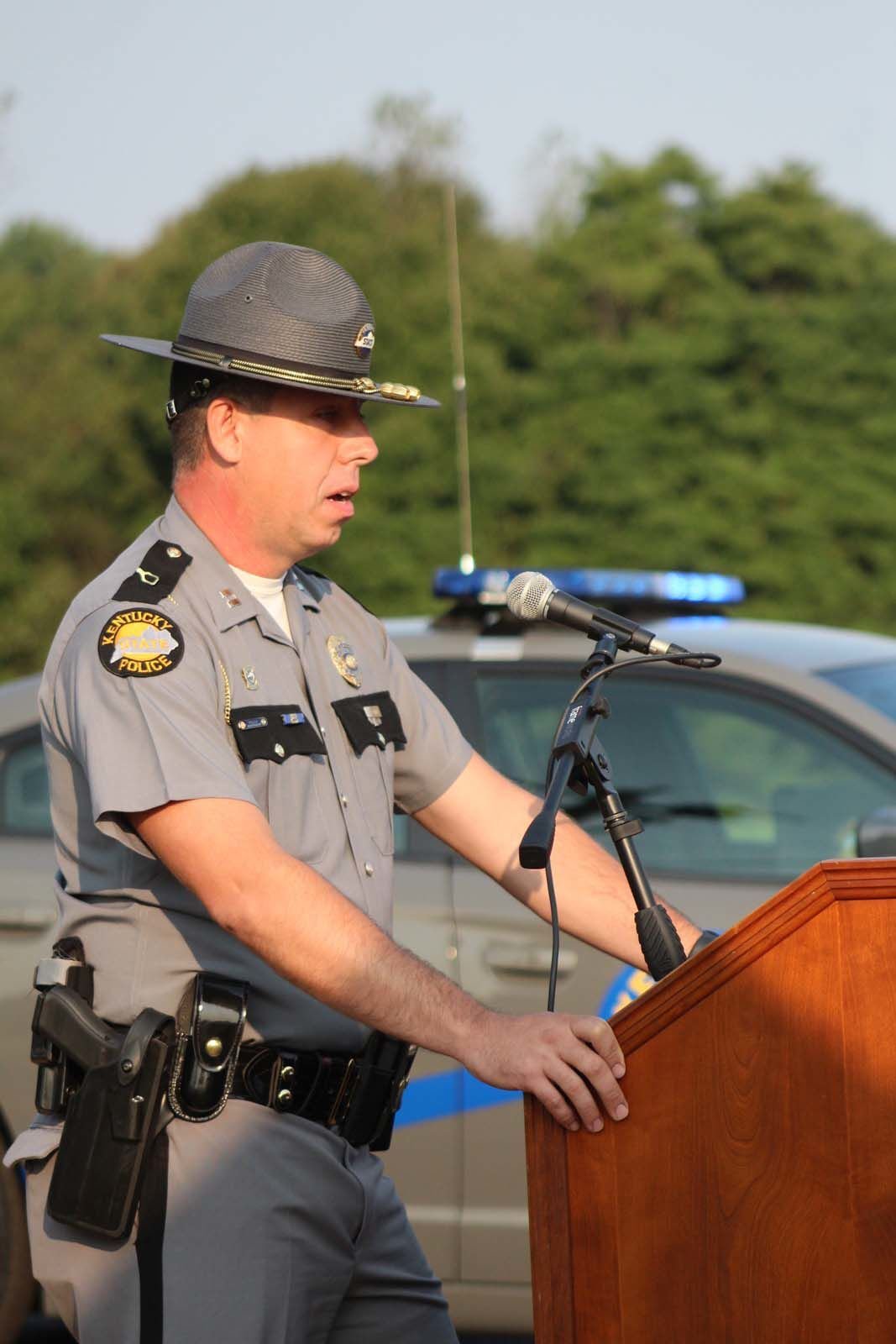 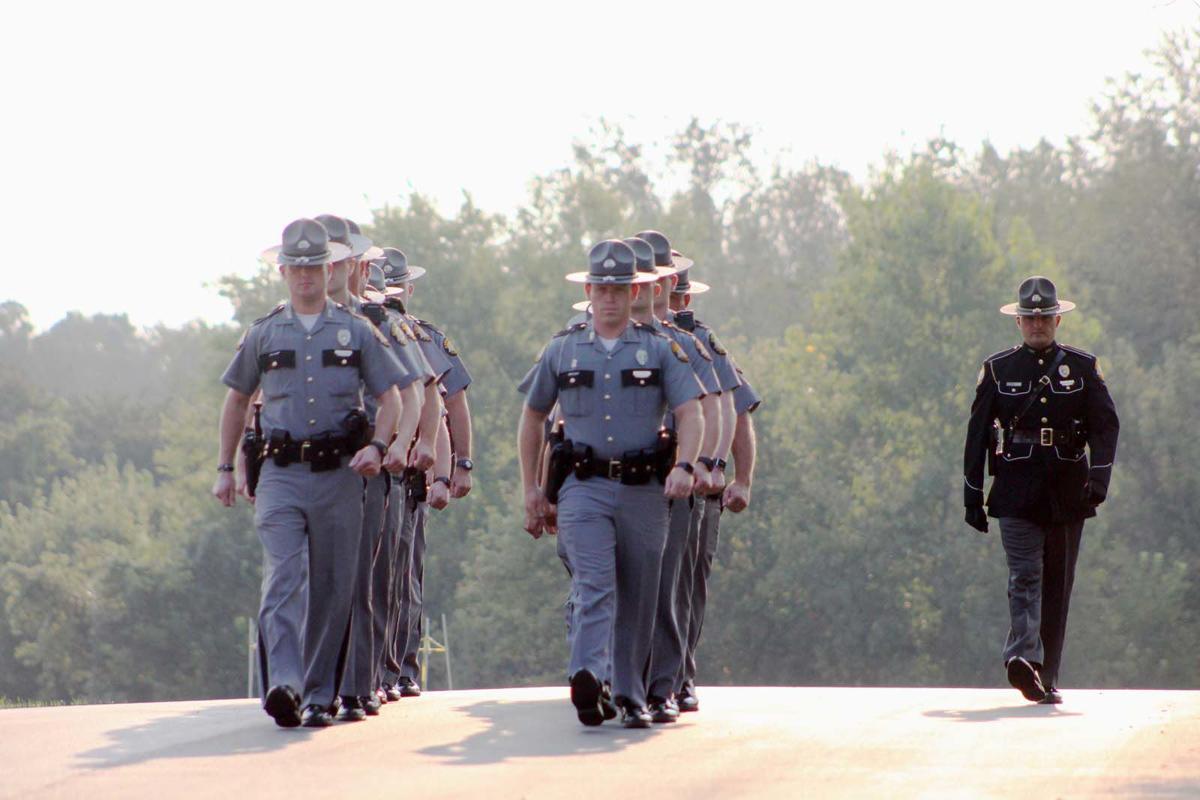 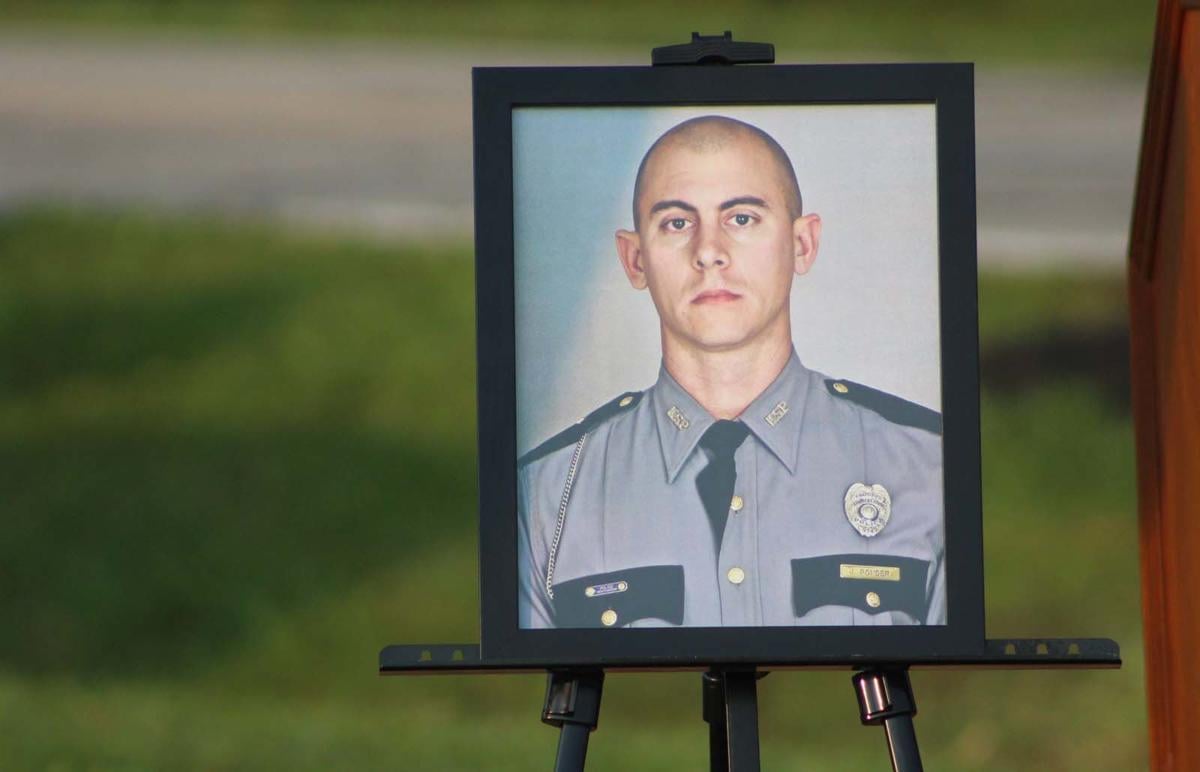 A photo of slain Kentucky State Police Trooper Cameron Ponder sits by a podium Monday morning during a dedication ceremony for the newly unveiled Cameron Ponder Drive in Elizabethtown.

A photo of slain Kentucky State Police Trooper Cameron Ponder sits by a podium Monday morning during a dedication ceremony for the newly unveiled Cameron Ponder Drive in Elizabethtown.

Those who travel on New Glendale Road will notice a new street sign named after a late, revered Hardin County native.

Cameron Ponder Drive was dedicated Monday morning during a ceremony honoring the memory of the slain Kentucky State Police trooper. The street runs between KSP Post 4 and the new East Hardin Middle School.

The ceremony was held on the sixth anniversary of Ponder’s death. A trooper with KSP Post 1 in Mayfield, Ponder was shot and killed in the line of duty Sept. 13, 2015, after a traffic stop on Interstate 24 in Lyon County. He was 31.

Those in attendance during Monday’s ceremony included members of Ponder’s family, Kentucky Attorney General Daniel Cameron and members of his staff, Elizabethtown Mayor Jeff Gregory, members of the Elizabethtown City Council and other city personnel, officials with Hardin County Schools and KSP troopers.

During his remarks Monday, Gregory recalled serving as a public affairs trooper for Post 4 when Ponder joined KSP. He said he was responsible for handling background on Ponder’s employment.

Post 4 Commander Daniel White said naming the street for Ponder was an obvious choice, not only because the road leads to Post 4, but because it also is adjacent to a Hardin County Schools facility. A native of Rineyville, Ponder attended Hardin County Schools and graduated from North Hardin High School in 2002.

Following graduation, Ponder went on to serve in the U.S. Navy as a diver for a Navy SEAL team. He graduated from the Kentucky State Police Academy in 2015 and served nine months with Post 1 before his death.

“Trooper Cameron Ponder paid the ultimate sacrifice that night, exemplifying the true measure of a man,” White said. “We’re honored to have his name on our sign here today.”

With the debut of the new street, KSP Post 4’s address has been changed to 954 Cameron Ponder Drive. Ponder’s badge number was 954.

“He’ll forever be with us,” White said.

Brenda Tiffany, Ponder’s mother, said she has taken part in that ceremony each year since her son’s death and though she is grateful for those who participate in the ceremony, it is a much more somber event than the one held Monday morning in Elizabethtown, which she noted was an uplifting occasion.

“This is a very positive thing on a very dark day,” she said.