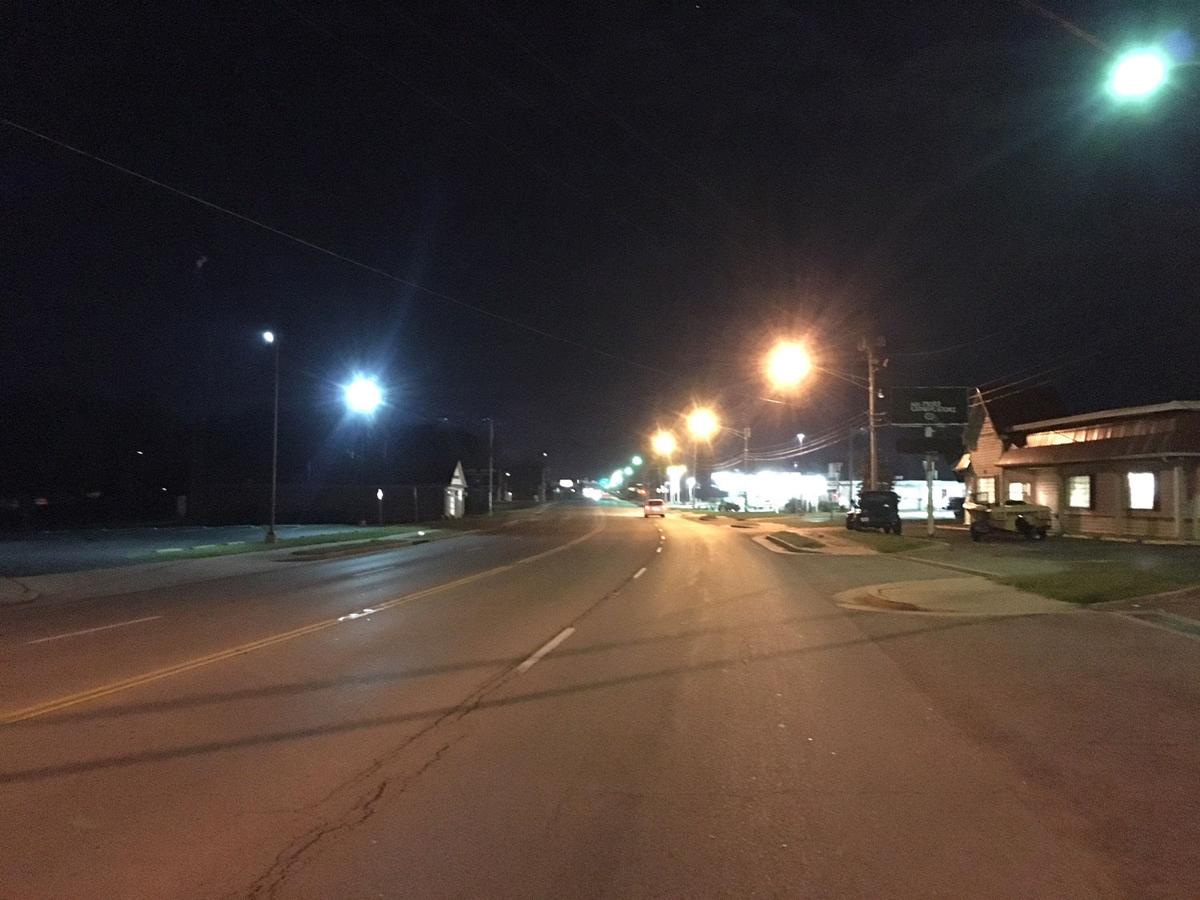 On this stretch of East Dixie Avenue, where multiple fatal collisions have occurred, street lights are positioned only on one side of the highway. There is only one light in the northbound lanes. 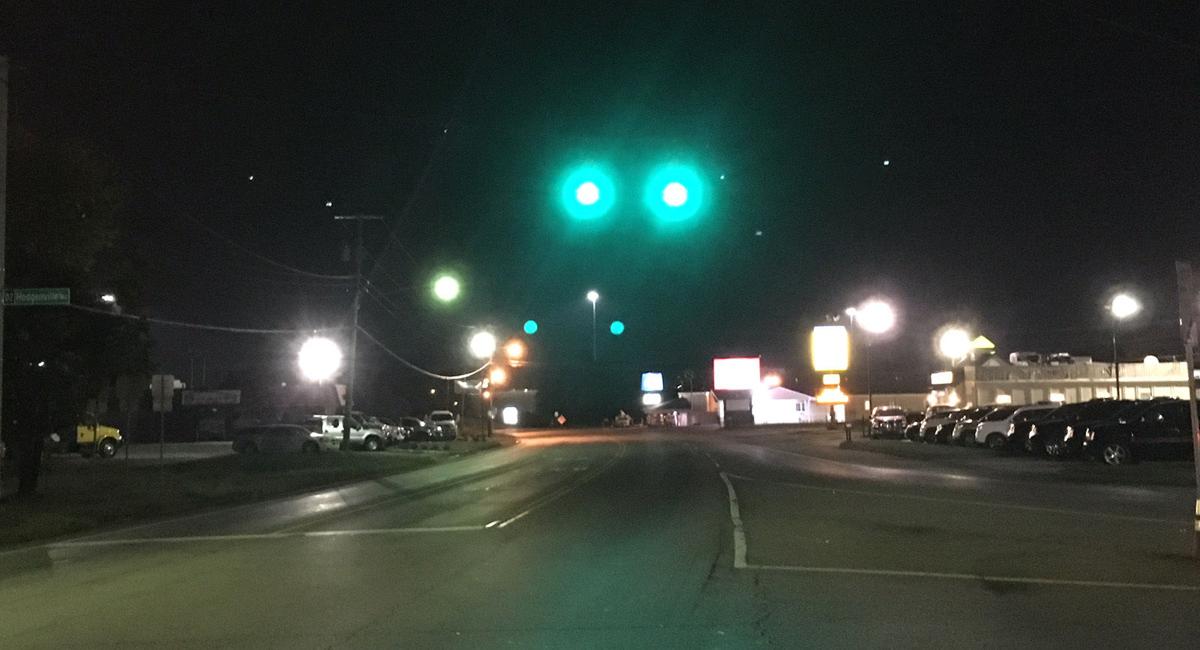 Taken Tuesday night at the same time a pedestrian was struck and killed by a vehicle a day earlier, this image taken of East Dixie Avenue from the Ky. 210 intersection shows the lighting conditions at that time of day.

On this stretch of East Dixie Avenue, where multiple fatal collisions have occurred, street lights are positioned only on one side of the highway. There is only one light in the northbound lanes.

Taken Tuesday night at the same time a pedestrian was struck and killed by a vehicle a day earlier, this image taken of East Dixie Avenue from the Ky. 210 intersection shows the lighting conditions at that time of day.

From their workplace at Hinton’s Orchard and Farm Market on East Dixie Avenue, April Fry and Vanessa Hurst have a window to activities on the busy roadway.

On a daily basis, they see pedestrians attempting to cross the road by walking and running, sometimes attempting it with a person in a wheelchair.

“We have seen some near-misses,” Fry said Wednesday morning.

A 9/10th of a mile stretch of East Dixie — from Bishop Lane to Ky. 210 — has seen its fair share of car crashes, as well as four fatalities where vehicles have struck pedestrians in the last 40 months, according to an open records request.

The four fatalities all have occurred after 8 p.m., including Monday night when James Michael Dore II, 39, was struck by two vehicles near Ky. 210 in front of Sullivan Auto Group as he attempted to cross the road. He initially was struck by a vehicle in the northbound lane.

All of the fatal crashes have been investigated by the Elizabethtown Police Department.

“All have been pedestrians failing to yield to oncoming vehicles,” EPD spokesman Chris Denham said.

None of the drivers involved in any of the fatalities have faced charges, although in Monday’s fatality, police are attempting to locate the driver of a southbound vehicle that they say also struck Dore.

Denham said no information is available on the suspected vehicle. Through surveillance video and witnesses, a second vehicle has been determined to have been involved.

“The driver may not even be aware that they were involved,” he said. “At the end of the day, it could greatly improve their situation if they come forward.”

Authorities said traffic volume and the width of East Dixie Avenue makes it perilous for anyone to attempt to make it across the road when trying to beat fast-moving traffic. The speed limit for that area is 45 mph.

“It’s a congested area,” he said. “And there’s a lot of foot traffic on East Dixie. Driving is a great responsibility everywhere.”

One set of lights exist for foot traffic to cross East Dixie at the New Glendale Road intersection.

Also along that near-mile stretch of road is a heavy emphasis of light poles, but only along the southbound lanes. There are 21 street lights along East Dixie from Bishop Lane to Ky. 210. One is in the northbound lane near Warm Blessings soup kitchen, although there are at least two in close proximity to the northbound lanes.

“Railroad and I-65 complicates utility factors on the north side of the street, particularly as you come closer to our office,” Kentucky Transportation Cabinet District 4 spokesman Chris Jessie said.

The cabinet’s district office is at East Dixie and New Glendale Road.

“The 100s of old I-65 lights around the interchange provided some illumination but the new high mast lighting at the I-65 interchange, which has been partially installed and will be completed with the widening project will provide even more.”

Thomas and Denham are steadfast that pedestrian decision-making is at the heart of the fatalities.

Thomas said those crossing Dixie at night have less reaction time, as do drivers.

“Daytime drivers are better able to avoid pedestrians,” he said.

Limited sidewalk avail­ability on both sides of the road, although more exist on the southbound side, also complicates the issue.

Fry said she and Hurst have seen pedestrians stand in the middle of East Dixie after crossing two lanes and wait for other lanes to clear before continuing.

Hurst isn’t so sure.

“You could put a hundred cross walks and people would still try to cross where they’re not supposed to,” she said.

Install more sidewalks as needed, reduce the speed limit in that area, and add more lighting where needed. Research best place for and create at least one more pedestrian crossing. Stop making excuses and take action.