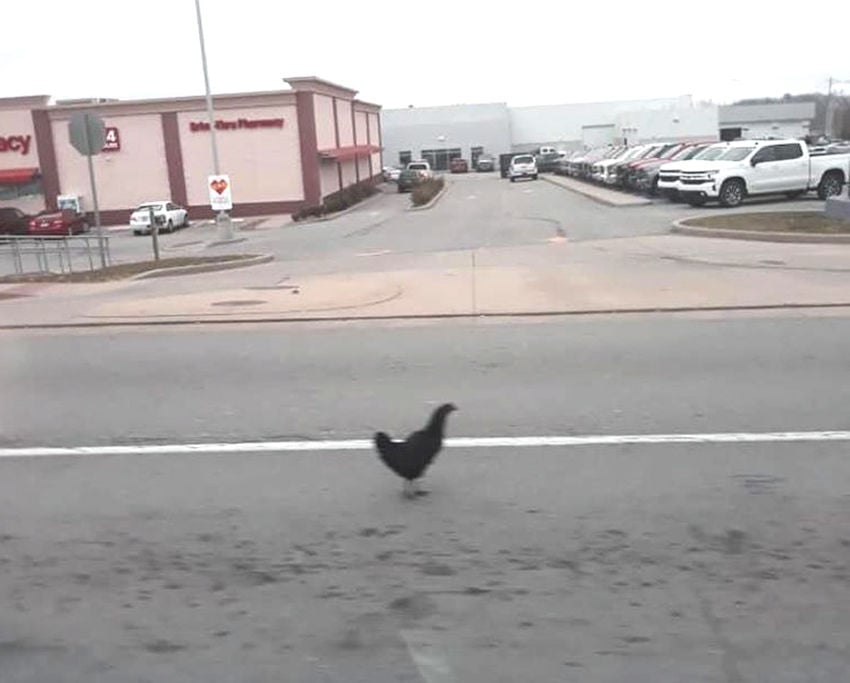 Police received multiple calls Friday from motorists concerned about this chicken trying to get to the other side of Ring Road. 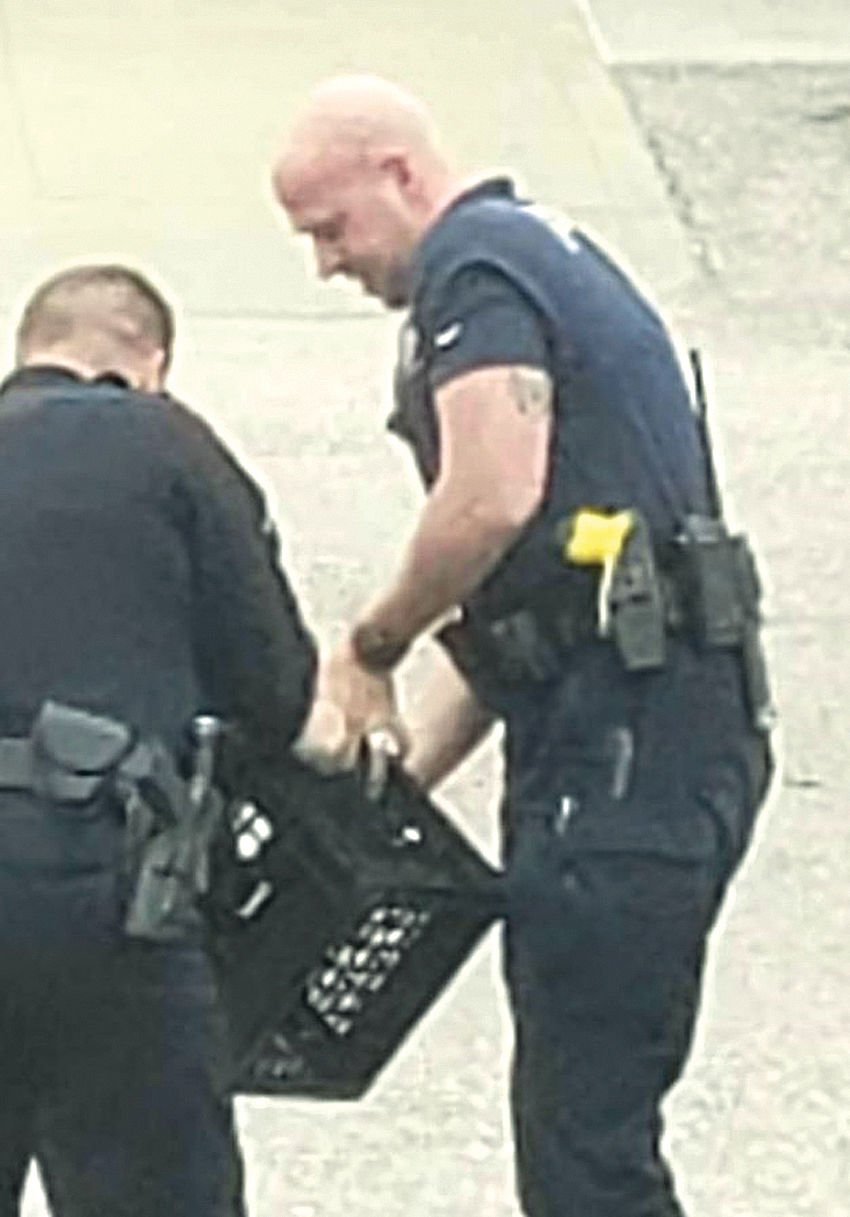 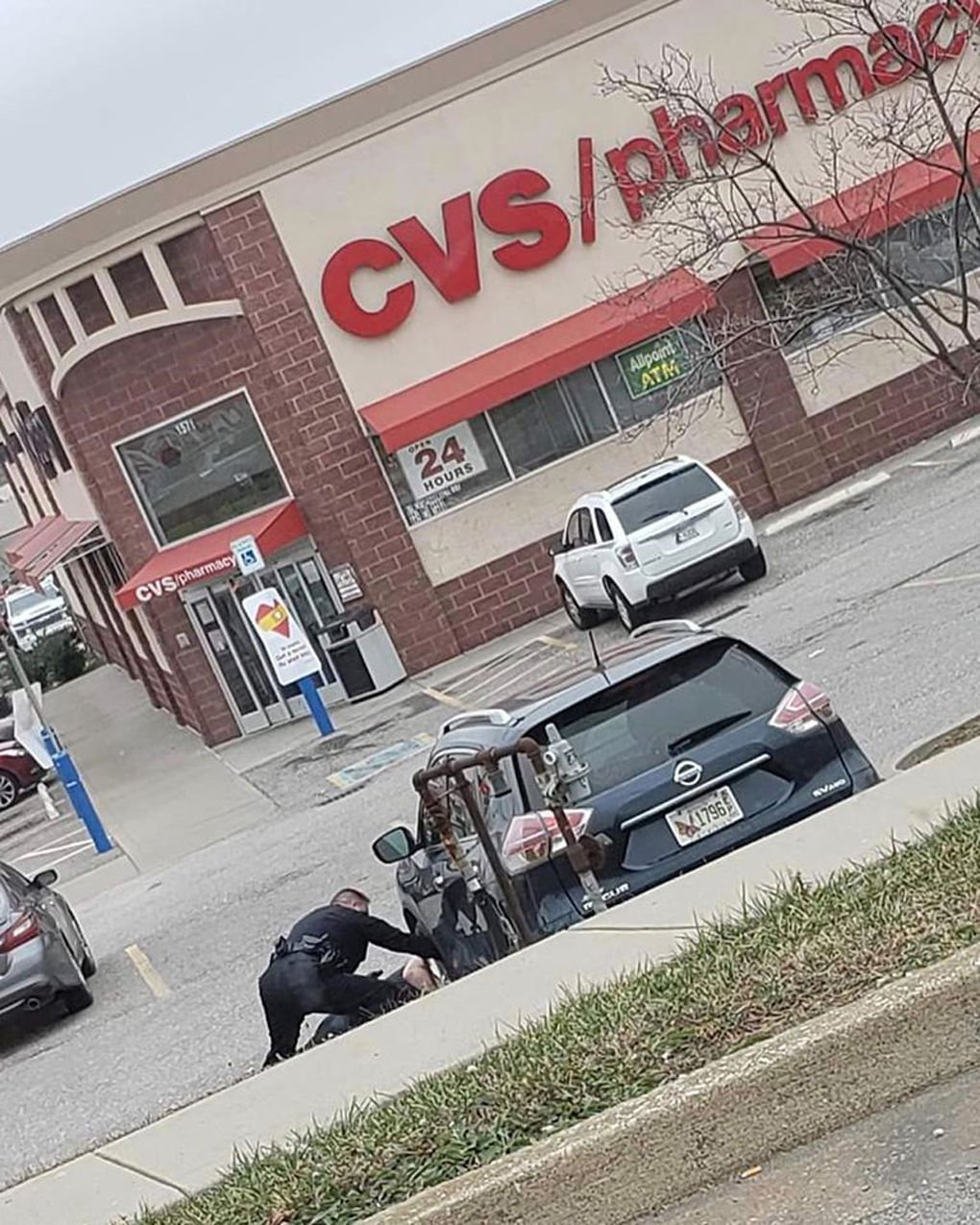 Elizabethtown police officers trying to catch a chicken Friday pursue the fowl under a parked car outside CVS.

Police received multiple calls Friday from motorists concerned about this chicken trying to get to the other side of Ring Road.

Elizabethtown police officers trying to catch a chicken Friday pursue the fowl under a parked car outside CVS.

Elizabethtown Police De­part­ment are not chicken when it comes to humor on social media.

A recent EPD Facebook post about officers wrangling a chicken \Friday in the parking lot of CVS Pharmacy on Ring Road has been shared more than 600 times.

Public Information Officer John Thomas said police received the report of a chicken loose on Ring Road near Hardin County’s busiest intersection about 12:15 p.m. Friday. Thomas said more than a dozen people called in about it.

Officers Chris Smith and Zach Quesenberry responded. Thomas said they had to stop traffic for the chicken, which ended up being safely captured with a plastic milk crate in the pharmacy’s parking.

The EPD Facebook post had some fun with the situation, stating, “Sometimes ... our guys and gals must go where others will not dare. Into the very teeth of danger. Well, into the very beak of danger anyway. A very hostile chicken was menacing patrons at a local pharmacy today. Probably feeding an addiction to corn or grubs or birdseed or whatever the heck chickens eat.

“Responding officers were pecked viciously by the uncooperative fowl fiend and he made some adept use of vehicles for cover. Some quick thinking, unflappable bravery, and some MacGyver-like ingenuity involving a milk crate lead to the swift apprehension of the peevish poultry.

Thomas said a pharmacy customer, who had chickens, took the wrangled one home, calling it a “happy ending.”

As for the officers, the Facebook post said a full recovery is expected “after some doughnut therapy” and it closed by saying, “We salute you brave sirs.”

My wife was reading the FB comments off to me and I laughed til I near cried! Thanks EPD for the entertainment and keep up the good work.