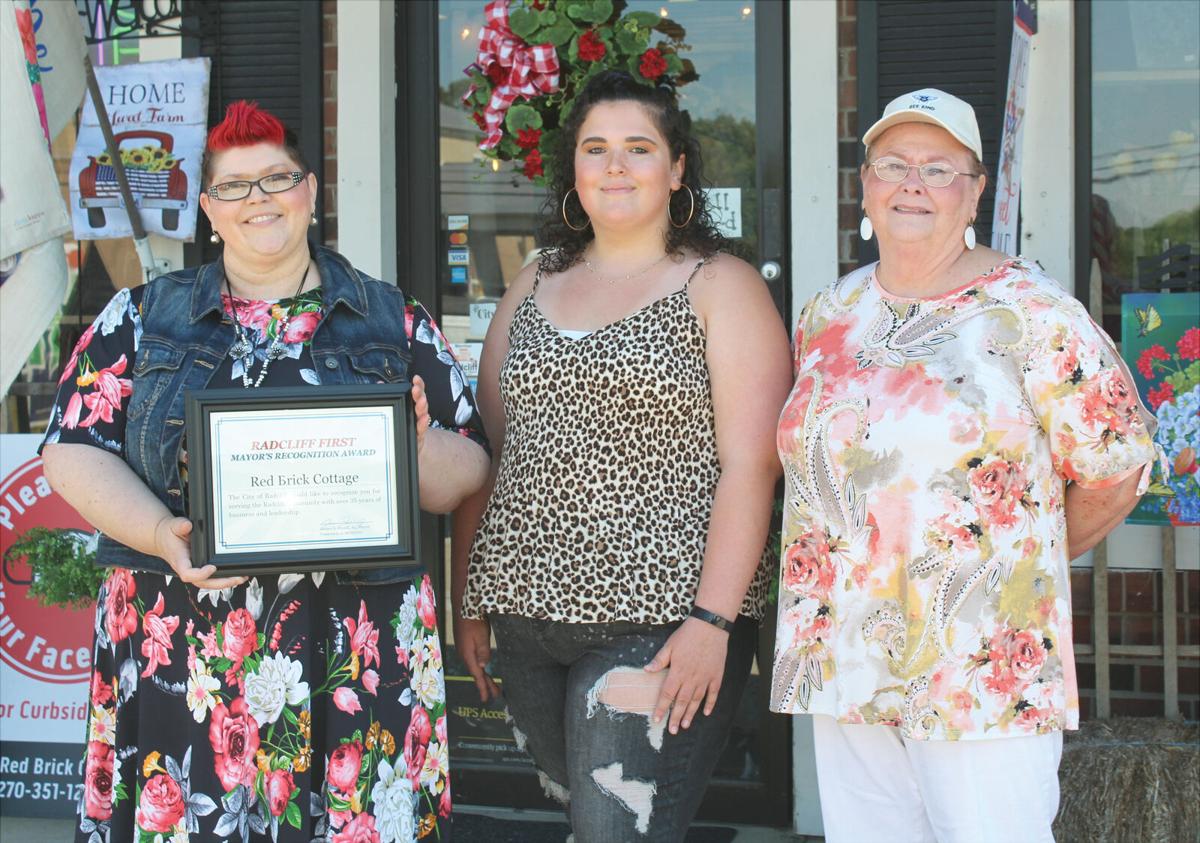 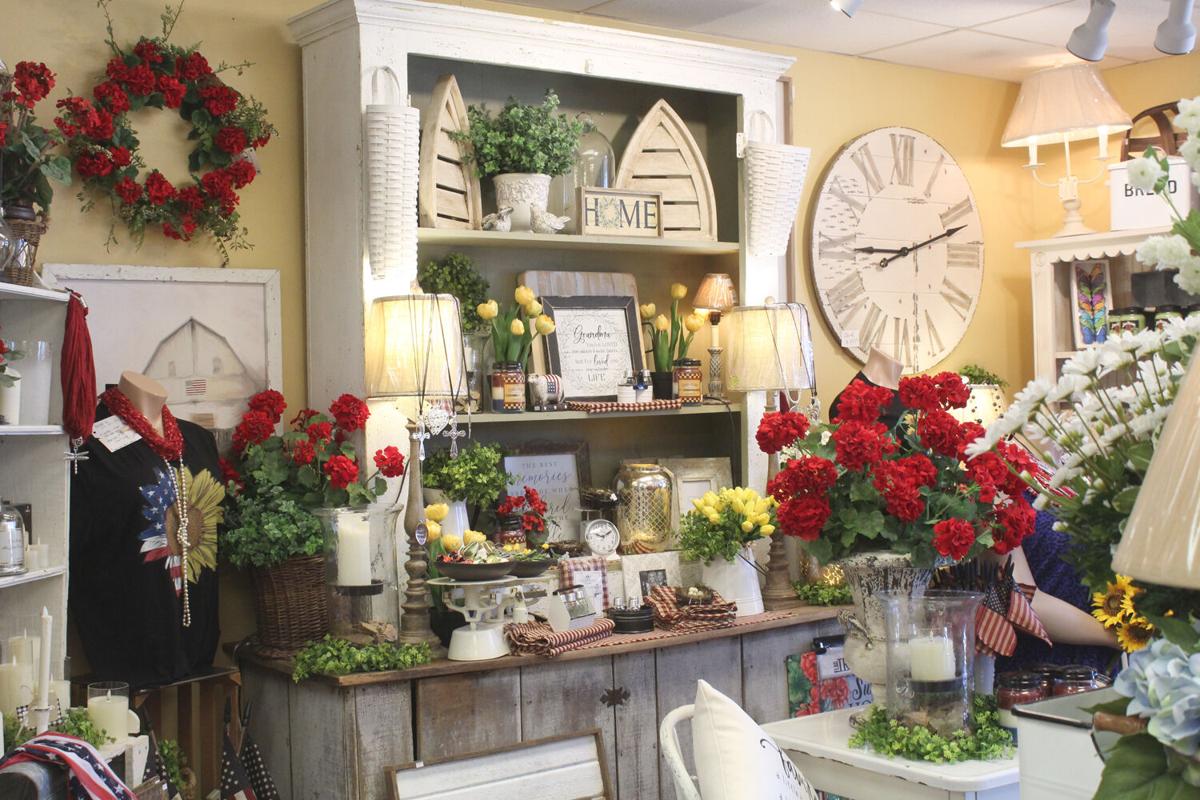 After 35 years in business, Michele Redmond McDowell, owner of The Red Brick Cottage, said she still wakes up in the morning excited to open up shop.

“Every day I literally cannot wait to get here,” she said. “... It’s an adventure every single day.”

On Friday, the Rad­cliff home decor store and boutique hosted a celebration marking 35 years of business, with current and former employees reminiscing on past successes and challenges while looking toward the future.

The business was opened by McDowell’s mother, Jo Meldrum, who was present during the celebration, along with McDowell’s husband, Britten, her stepdaughter, Jorja, business employees, members of Radcliff City Council and Radcliff Mayor J.J. Duvall.

During the celebration, Duvall presented the business with a Mayor’s Recognition Award.

Meldrum opened The Red Brick Cottage in Vine Grove with the help of her husband, Mike, in 1986 with a primary focus on crafts. The business moved to its current location at 776 S. Dixie Blvd. in the early 1990s.

McDowell said growing up, she would continuously help with operations of the business and accompany her mother at regional gift shows. This generational legacy is continuing with Jorja, an eighth-grade student at North Hardin Classical School, helping as a sales associate at the store.

“Maybe she’ll be able to pick up where I leave off and we’ll keep going,” McDowell said.

McDowell said she gradually began taking over operations at the business after the death of her father in 2002. As the years went on, the store began shifting away from primarily offering crafts and began selling farmhouse decor, boutique clothing, accessories, specialty food items and other products.

“You have to keep re-inventing yourself to stay relevant and stay current,” McDowell said.

Although the shop offers clothing of all sizes, it specializes in plus-size options.

In addition to adapting to the latest trends, the business also has overcome many obstacles throughout the past 35 years. The most recent hurdle has been the COVID-19 pandemic, McDowell said.

To address a sudden halt in foot traffic last year because of the pandemic, McDowell said the business amped up its social media presence, offered curbside service and delivery to area customers.

Another major obstacle the business faced was when the Armor Center and School on Fort Knox was relocated to Fort Benning, Georgia, as part of a Base Realignment and Closure initiative about a decade ago. McDowell said because a large portion of the business’ regular clientele were the wives of Armor soldiers, business was impacted significantly and staff layoffs became an unfortunate necessity.

“Slowly, as things have changed and grown and as E’town has grown and as people start coming back in, we’ve survived,” McDowell said.

However, the emergence of the internet has been problematic in some ways for the business because of competition from online retailers, McDowell said social media has been a major tool in promoting the business in recent years. She said many of the business’ regular shoppers hail from areas such as southern Indiana, Louisville and Cincinnati.

“We’re something special enough that you can make a road trip of it,” she said.

Meldrum said the community of Radcliff and regular local customers have kept them in northern Hardin County over the years.