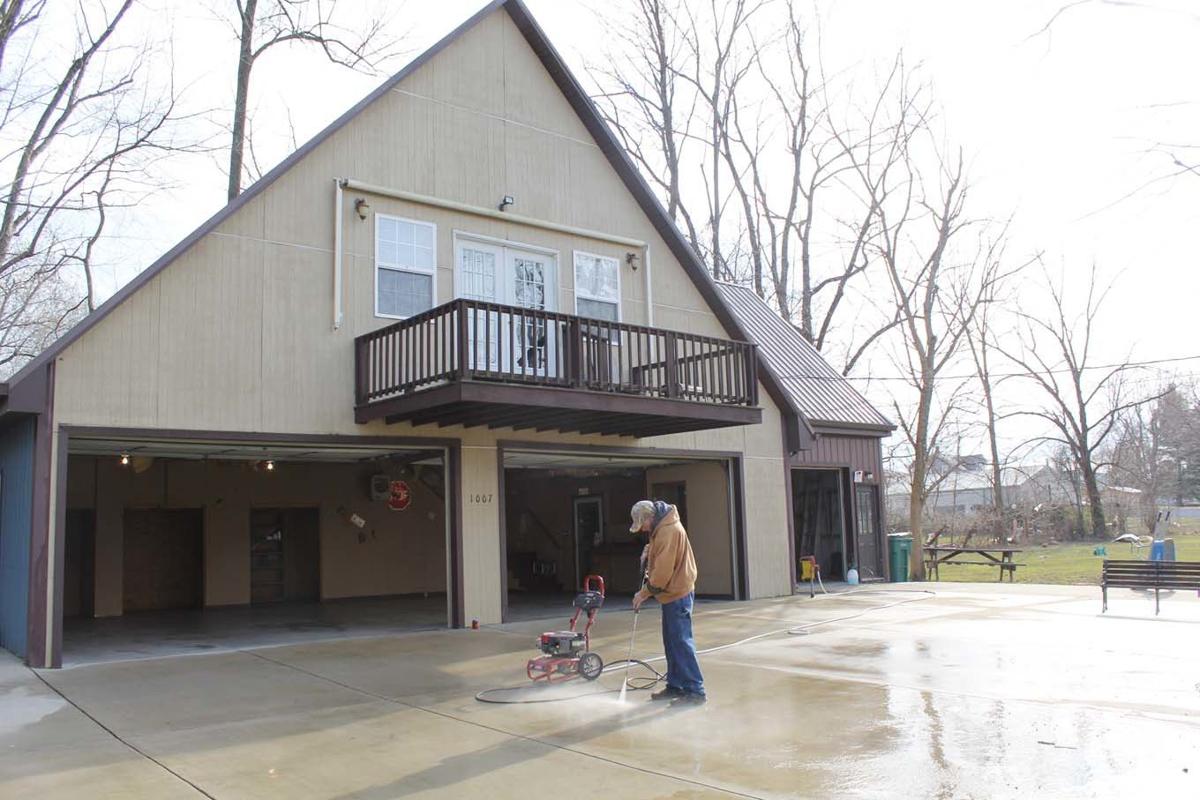 Dennis Rich, who lives on Riverview Drive in West Point, power washes his driveway Friday. Recent flood waters reached the bottom of his back deck.

Debris is piled Friday on Riverview Drive in West Point. On Feb. 27, the Ohio River crested at 67 feet, 12 feet above flood stage. 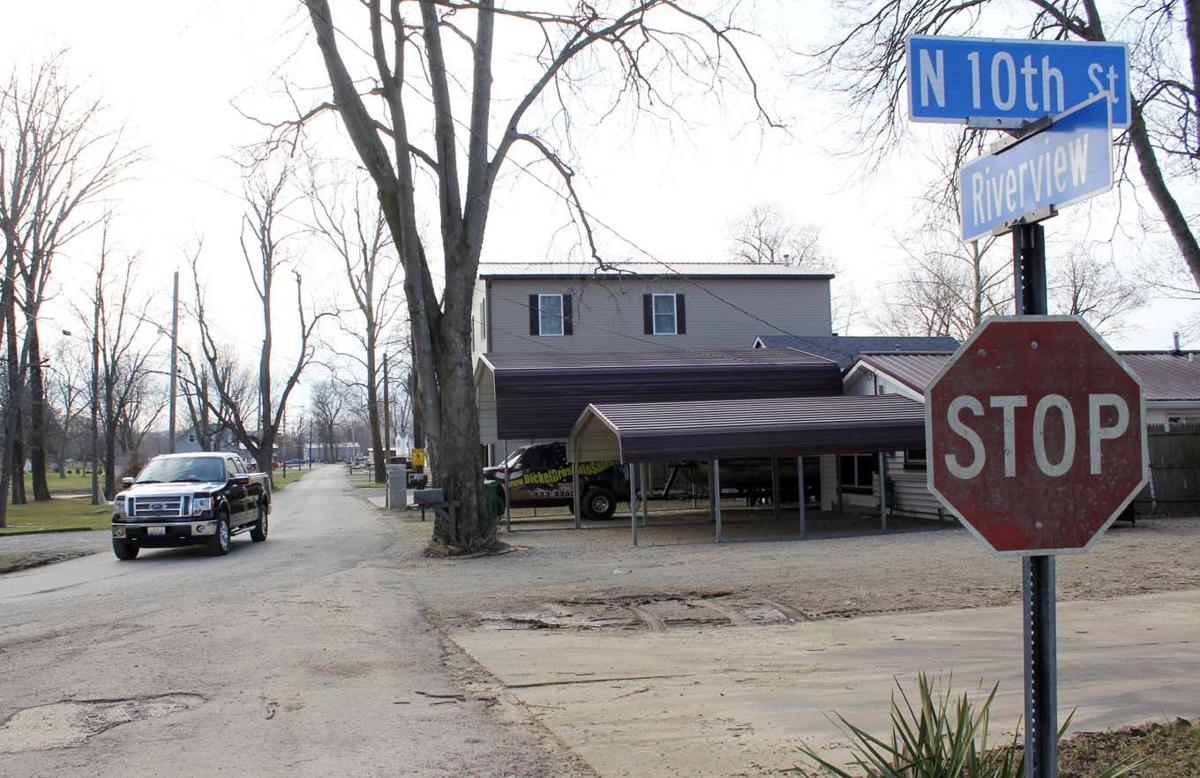 Riverview Drive in West Point was under water in February when the Ohio River crested at 67 feet, 12 feet above flood stage.

Dennis Rich, who lives on Riverview Drive in West Point, power washes his driveway Friday. Recent flood waters reached the bottom of his back deck.

Debris is piled Friday on Riverview Drive in West Point. On Feb. 27, the Ohio River crested at 67 feet, 12 feet above flood stage.

Riverview Drive in West Point was under water in February when the Ohio River crested at 67 feet, 12 feet above flood stage.

For those living in West Point, it’s not a matter of if — but when — flooding will occur in the city of about 950 residents that sits on the Ohio River.

On Feb. 27, the river crested at 67 feet, 12 feet above flood stage. The flood was the worst residents had seen in 20 years.

Elizabeth Roeder, who was forced to stay with relatives, said it still will be about three weeks of work before she’s able to move back into her Elm Street home.

Roeder said water got up to 2½ feet in her green-roofed, white house.

“We had to cut out all the dry wall, replace the floor, the carpets and all of that,” she said, adding electrical boxes and just about everything in the home needed replaced.

She said they were able to move out all their furniture and belongings before the flood hit.

“You see the water coming. You know to get what you have out of the way,” she said.

Anthony Bartlett, who lives on Riverview Drive, agreed. On Friday, Bartlett was visiting fellow Riverview Drive resident Dennis Rich. For residents on the street, which is next to the Ohio River, water completely enveloped the first floor of most of their homes.

Rich, who was pressure washing his house Friday, has lived there eight years, enduring four floods.

“You’ve got to love the river like I do. I really love the river. We all do because ain’t nobody moved out of here yet,” he said. “A lot of these people on this block have been here their whole life.

Bartlett agreed. He has lived there for about 20 years.

“You just deal with it. You’re in your house more than you are out of it and it’s beautiful down here,” he said. “You get the mud in your blood.”

Bartlett, who currently is staying with relatives, said he is waiting for a structural engineer to assess his home.

Don Herchenrader of Louisville, who also loves having property on the river, was out Friday cleaning up the house he owns on Riverview Drive, which he inherited from his aunt and uncle about 10 years ago. He said it is his “summer home.” He comes down to enjoy the river and the flooding doesn’t bother him.

“I grew up pretty much down here and every time it flooded, I always came down and cleaned out,” Her­chen­rader said. “I’ve been doing it for like 50 years.”

As of Friday, he said he pretty much had the house clean.

“I had to replace my ceiling and I’m getting ready to re-paint and put the furniture back in,” Herchenrader said.

He said he’s never thought about selling the property.

“I just plan on leaving it to my daughter. She loves it, too,” Herchenrader said.

Sixty homes and structures were inundated or surrounded with water in West Point after heavy rainfall swept through the area in Feb­ruary. About one-third of the city’s 950 residents were affected.