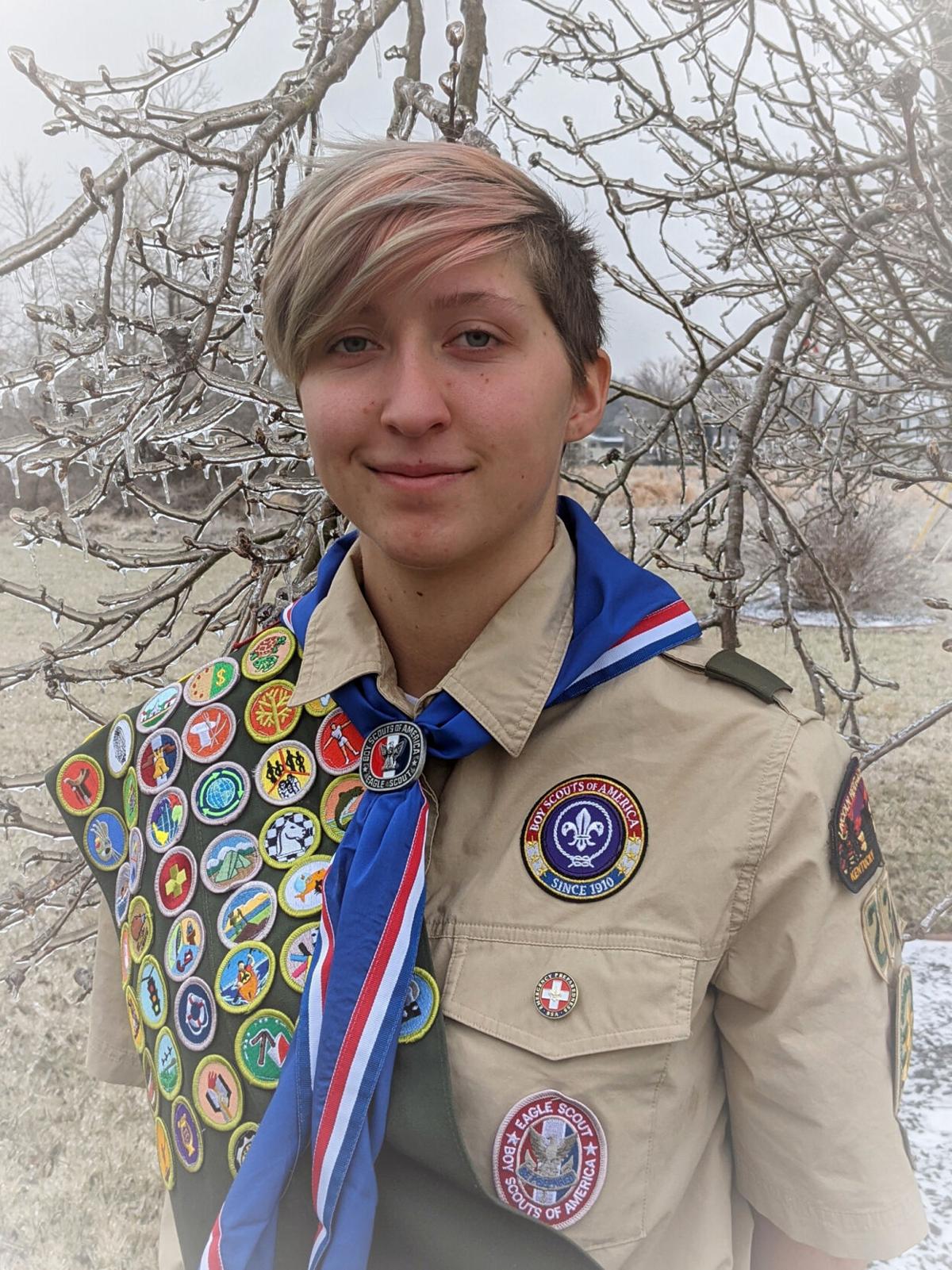 Miranda Zopfi of Rineyville earned her Eagle Scout recognition last month. She is a member of Troop 233 in Elizabethtown. 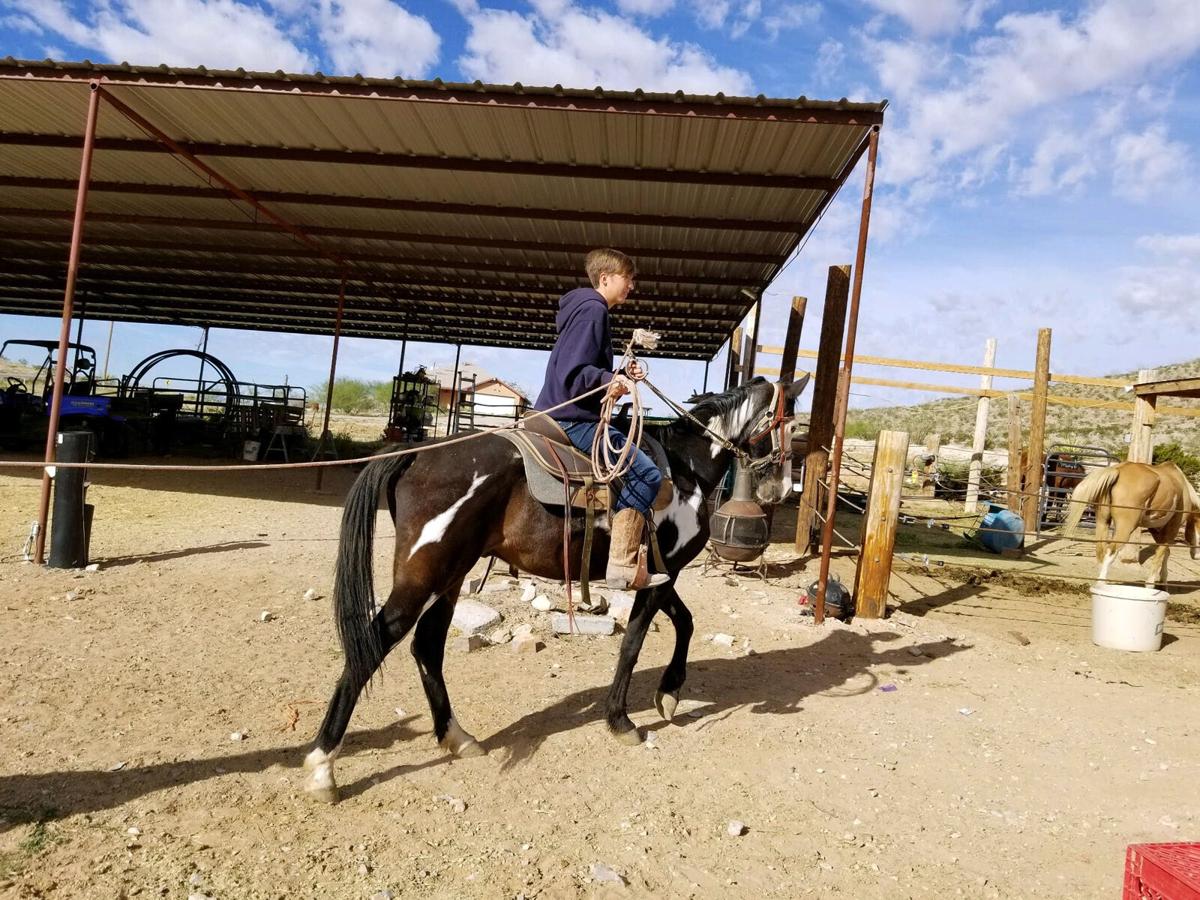 Zopfi rides a horse in 2019 at Horses Unlimited Rescue and Education Center in El Paso, Texas. She currently volunteers and takes lessons at Wild Rose Equestrian Center in Elizabethtown. 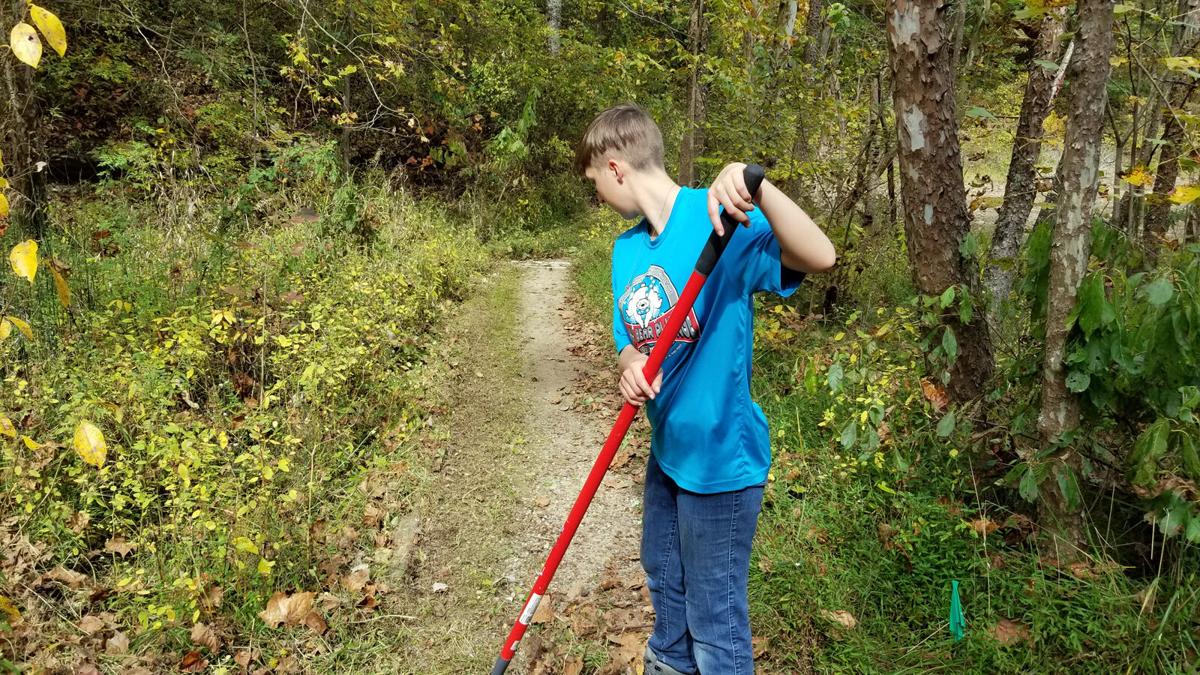 Zopfi works on a trail last October at Saunders Springs Nature Preserve in Radcliff as part of her community-related service project to earn her Eagle.

Miranda Zopfi of Rineyville earned her Eagle Scout recognition last month. She is a member of Troop 233 in Elizabethtown.

Zopfi rides a horse in 2019 at Horses Unlimited Rescue and Education Center in El Paso, Texas. She currently volunteers and takes lessons at Wild Rose Equestrian Center in Elizabethtown.

Zopfi works on a trail last October at Saunders Springs Nature Preserve in Radcliff as part of her community-related service project to earn her Eagle.

After years of leadership experience, personal development and community service in the Boy Scouts, Miranda Zopfi of Rineyville reached a major milestone last month as she was recognized as an Eagle Scout.

Zopfi, 17, said she has had her sights set on becoming an Eagle Scout since she joined the Boy Scouts two years ago.

“The whole process was exciting, especially getting the award, but also I had a plan and I knew I was going to get it one way or another,” she said. Zopfi was awarded the distinction as part of the Inaugural Class of Female Scouts on Feb. 8.

In early 2019, Scouts BSA began admitting girls and chartered new girl troops. The change allowed for older girls to earn merit badges and become Eagle Scouts for the first time in the Boy Scouts of America’s more than 100-year history.

Scouts BSA troops are not co-ed, but are single-gender troops.

As the member of a military family, Zopfi said she has been a part of four different troops throughout the years, including Troop 248 in El Paso, Texas, Troop 1998 in Mechanicsburg, Pennsylvania and Troop 233 in Elizabethtown. Zopfi said she also helped establish a troop while living in Carlisle, Pennsylvania.

A student with Seton Home Study School, Zopfi and her family moved to the area last June.

To become an Eagle Scout, it is necessary to undergo a community service project. For Zopfi’s project, she chose to help expand, repair and restore a significant portion of trails around Saunders Springs Nature Preserve in Radcliff.

Taking place in October of last year, Zopfi said she was part of a project group of 35, comprised of scouts from the area.

“It was actually pretty cool for the networking,” she said.

In addition to the leadership lessons she has learned from these roles, Zopfi said she has taken away a great deal of camaraderie from Boy Scouts.

“A really big part of Scouts – and they try to stress it as much as they can when you’re ranking up – is that you’re there to work as a team,” she said. “You know you have the support of your fellow Scouts.”

Zopfi said one of her favorite merit badges she has been awarded over the years is the Horsemanship badge. She has worked with horses for about five years and currently volunteers and takes lessons at Wild Rose Equestrian Center in Elizabethtown.

“It’s been really interesting to be able to go into depth in the different styles that they offer there,” she said.

A senior in high school, Zopfi said she hopes to one day pursue a career in the equine field, either as a veterinarian or in the realm of equine-assisted therapy.

In recognition of her status as an Eagle Scout, Zopfi will have her Court of Honor ceremony in May at her church, Saint James Catholic Church in Elizabethtown. She said she particularly is excited for the event because several members of her previous troops will be traveling to Elizabethtown for the occasion.

“I’m really excited to see them again,” she said.

Zopfi said as the oldest member of her Girl Troop, she hopes the recog­nit­ion inspires other girls.

“It’s really cool to watch them advance, know­ing what I did,” she said.

So glad my son which is actually a boy was taken out of the BOY scouts. What a disgrace.